Escape from reality: Ownership chronicles of a Royal Enfield Himalayan 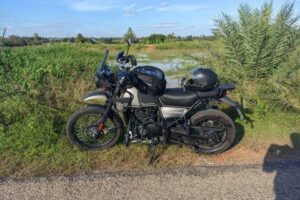 The home minister wanted a Royal Enfield, and I wanted a off-roader to gel with my 4wd Scorpio.

BHPian gypsyFreak recently shared this with other enthusiasts.

The last few years have been really bad. Started with the sad demise of my father to whom I was very close, then my mother was diagnosed with a terminal illness, which ultimately claimed her last year. The COVID scene since last two years made life even more miserable.

The only ray of hope was my daughter, playing with her made me happy. But now she has grown up and started going to school, and I am still not able to get back to normalcy.

Last year I sold off my Maruti Esteem and Hero Honda Splendor in an attempt to free myself of past memories. Both of them still stock and in pristine condition with FC renewed for the next 5 years. 1998 Hero Honda Splendor, still in immaculate condition. Sold it to a working student. I still have my Scorpio 4wd which is the all rounder (groceries, highway, anywhere and everywhere) which I intend to keep forever: Webasto sunroof installed for my daughter.

I then booked and took delivery of RE Himalayan so as to ride myself out of depression.

A Royal Enfield was always in our “to get” list, infact we had booked one in 2012 and then cancelled it after 9+ months of waiting with no clarity on delivery. The home minister wanted a Royal Enfield, and I wanted a off-roader to gel with my 4wd Scorpio. So yes, the Royal Enfield Himalayan entered our family in Dassera of 2021. The long waiting period of 4+ months ensured that I got ample time to research and list out modifications for the bike. So, after getting the bike, I started putting things on it beginning with safety first.

With the accessories & riding gear in place, I wanted to start riding and relieve my stress. I had a long list of places to cover, some in a breakfast ride and others involving multi days/weeks/months. Decided that Saturday or Sunday mornings would be best to start 2-3 hours ride and allow everything to break-in, the bike & the gear. Planned to do only highway runs at max 80 KMPH and less than 4000 RPM until the first service. This resulted in me covering highways north of Bangalore upto Gudibande.

The first run was for 100 KMs during which I realized the contour of the stock touring seat is not comfortable for long runs. With my lower back raised, I started feeling pain after the ride. I could move front, but that would increase the knee bend, so I decided to get seat altered. Found JMJ Seat Covers from Google and got the seat altered, increased the height and width. This felt good, only thing is that I could not flat foot on a standstill position. This was a disadvantage, as I could not reverse with just the toes touching the ground. So I went back to JMJ and explained the problem and requested them to reduce the height a bit, which they did perfectly. On the second highway run, took some State Highways which were really cool, kept learning the bike’s behaviour and testing the tripper pod for accuracy (more on it later…). During this run, decided to remove the saree guard (a DIY) and had the tank pads completely greyed out to improve the looks. These two runs bought the odo close to 500 KMS and with it the first run-in closure, time for the first service. Got it done at CVS Motors, Hebbal. Took it at 9:30 am and told the SA that I will wait. After 3 hours, the bike was ready with oil change, filter change and general check-up done, total cost was approx Rs 1,000/-. Post the first service, gear shifts were smooth and mileage went up to 30+ KMPL. Now, it was time to hit 100 KMPH and higher RPMs on need basis which translated into longer highway runs and more saddle time. Realized that my behind would get sore post 1 hour of riding, so got a Fego Float which helped a lot. First ride into the dirt at Vatadahosahalli Lake. 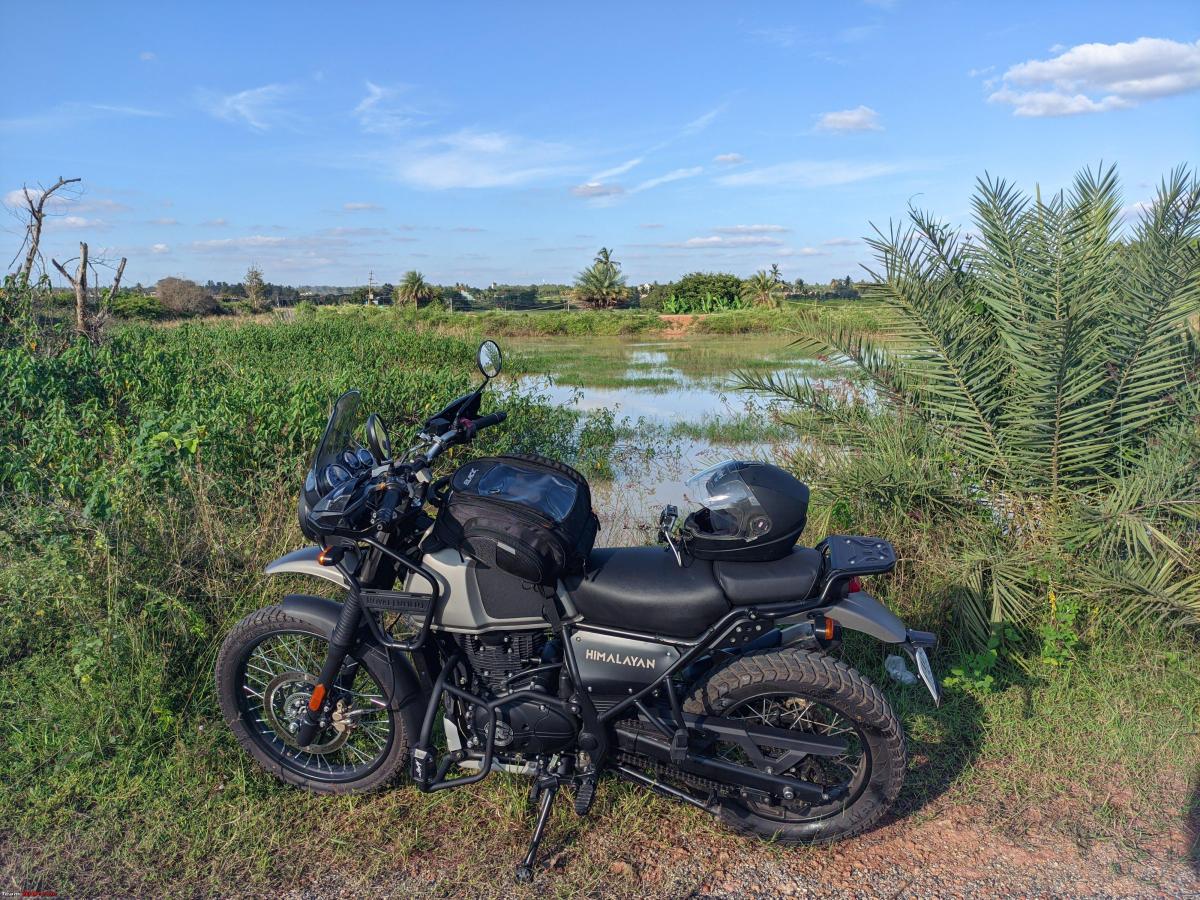