Home » Auto News » Elon Musk, Who Said ‘Close to Zero’ Coronavirus Cases by End of April, May Have Coronavirus

Elon Musk, Who Said ‘Close to Zero’ Coronavirus Cases by End of April, May Have Coronavirus 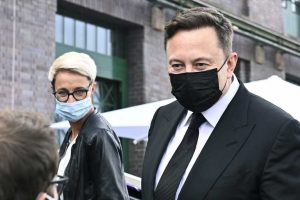 With Tesla poised to close out 2020 as the undisputed leader in the field of electric vehicles, it is safe to say that CEO Elon Musk has gotten a lot of things right. But one of the things he has been the most not-right about is the coronavirus pandemic; he erroneously and now infamously claimed America would have “close to zero” new cases by the end of April, before railing against lockdown orders and waging a fight against county officials to reopen his California factory.

Now, Musk himself may have the disease, he said on Twitter, after a series of conflicting COVID-19 test results on Thursday. Here is the tweet in question:

Musk said that he tested positive, then negative twice, then positive again, casting doubts on the reliability of certain tests.

Normally I would ask Tesla’s communications department for a comment on the matter, but it does not exist anymore.

Musk elaborated on the social media platform, saying that in recent days he has suffered from mild sniffles, a cough and a fever, though he no longer has symptoms. “Symptoms of a typical cold. Nothing unusual so far,” he said. In that way, he has faced the same, occasionally terrifying “COVID or cold/allergies?” question that many of us have dealt with this year. Given his current lack of symptoms, he seems to be on the path to recovery from whatever it was he had.

But Musk’s tweets will likely receive a great deal of scrutiny from industry watchers and Wall Street analysts as well as Tesla stans everywhere. The automaker’s financial well-being is deeply tied to Musk, and his abilities as a hype man are often cited as key to the automaker’s valuation and growth. Given his wealth, resources, age and general health, he is statistically likely to recover quickly if he does indeed have COVID-19.

Meanwhile, the U.S. braces for a long pandemic winter, with the virus spreading almost everywhere and in a fashion widely described as “uncontrolled.” Health officials reported more than 160,000 new cases nationwide on Thursday, an all-time high. Hospitalizations for COVID-19 break new records daily as well, and unlike in the spring when the worst of the outbreak was limited to places like New York, this time, infection rates are trending upward at alarming rates in nearly every state.