Dirt cheap car for 6 months in rural Kerala: Indica, WagonR or others 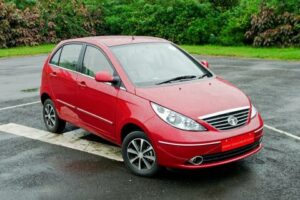 I don’t mind scraping the car after its use, hence open to even old diesel models from around 2010.

BHPian Ronnie recently shared this with other enthusiasts.

Thinking of buying a dirt cheap car which can work for 6 months at least. After that, may not use it for a few months?

Vehicles under consideration are:

Your opinions are appreciated.

Update: The car is for a guy who would be running errands for me. Including driving me around in a different car. He has to go around a few places in the next 6 months to 1 year and I don’t mind scraping it after that. Usage is in rural Kerala mainly. Diesel is fine in Kerala.

So to summarise, my driver + handyman will use this car to go around to get things done. When I am in India I will be driving one of our family vehicles or one of my 4x4s.

Here’s what BHPian Drkalgaonkar had to say on the matter:

Go for WagonR. Peace of mind. And you would actually get to resale it, the other two would go for junk if you’re getting it at such a price (I wonder how and why?)

(Stretch your budget very slightly and you would find a good i20, Alto, WagonR etc.)

Here’s what BHPian Shreyfiesta had to say on the matter:

Amongst these three options, the first-gen WagonR is the only car that I would recommend. Like most other Marutis, it is utterly reliable and extremely light on your wallet in terms of running costs. Spare parts are cheap and easily available since they have the largest dealer and service network in the country. Both pre-facelift and facelift models are recommended in the case of first-gen WagonR. If you can find a less used 2006-2010 VXI for ₹ 1-1.3 lakh, you should be set.

Here’s what BHPian DicKy had to say on the matter:

Regarding ride quality, the Sumo for its time had good ride quality at low speeds. The WagonR is far better than the equivalent Santro. The Indica’s ride quality while not perfect does benefit from the rear independent suspension. Takes mid-corner bumps with ease, something most mainstream cars can’t.

For your use case, I would suggest the Omni/Eeco for utilitarian use, assuming the driver/handyman is helping with the construction of a house/business. Not that others can’t be of help. Our ’09 F10D WagonR took 6-7 50kg cement bags like a champ. (lowrider) But with Omni/Eeco you can’t go wrong. Easy to buy/sell/dispose of/scrap and utilitarian as it can be.

Rural Kerala. Hmm… Any driver would suggest you go for the Mahindra equivalent instead.

Here’s what BHPian greenhorn had to say on the matter:

The Indica might not be a bad idea. To use an old phrase, Tata cars are cheap if your time is free. For rural/rough use, the Indica makes sense. Just budget for frequent downtime and hunting for parts from scrapyards. Where is your location? I may be able to connect you to some sellers from KL Indica Groups