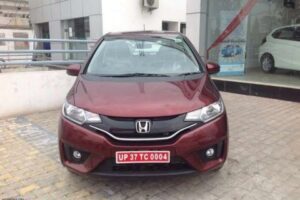 If your allotted car is a couple of months old for a fast-moving model, that’s a warning sign.

GTO recently shared this with other enthusiasts.

Guys, please please run a VIN check & thorough PDI of your new car before its registered in your name.

Have received confirmed reports from a reliable source of test-drive cars being sold off as new at dealerships. 1 OEM is also well aware of this practice and is doing nothing to stop it. The number at this OEM itself has gone beyond 300 cars.

Thanks to the Team-BHP fan (he prefers to remain anonymous) who sent this information in. Heartfelt gratitude for sharing it with other enthusiasts via this page!

Here’s what BHPian dular had to say on the matter:

I am not surprised to read this at all. The current auto scenario is allowing the dealerships to have complete monopoly leading to fraudulent practices being followed by many. The only surprising part for me is that the OEMs are ignoring all the tell tale signs and absolutely doing nothing. So, some blame has to be taken by the OEMs too. The dealerships and their SAs currently are having the time of their lives.

I for one would like to see the Tesla model of selling cars and completely do away with dealerships. There can be experience centers and service stations but that’s it. I do see the challenges in a country like India but someone needs to make a start somewhere.

I have interacted with multiple dealerships from multiple OEMs in the last one year and my experience has been bad. The dealerships are behaving like they are doing the customer a favor by providing them with a car/product.

Here’s what BHPian Latheesh had to say on the matter:

Most of the test drive cars are top spec variant, so be extra careful when buying top variant.

Here’s what BHPian jinojohnt had to say on the matter:

In most cars, it’s as simple as unplugging a ‘network cable’ look-alike port under the hood. If you disconnect it, the odometer stops.

Here’s what BHPian Jeroen had to say on the matter:

I would say you would be hard pressed to find a modern car where you can just unplug it. Especially a high end version. On my 1982 Mercedes W123 the speedometer is driven with a cable from the transmission box to the actual speedometer on the dashboard. All mechanical. You can pop the instrument pod out and disconnect the cable easily. Will stop the odometer.

On my 1986 Alfa Spider it is an electrical mechanical system and there is actually a very accessible plug you undo. Will stop de odometer.

But on my 1998 Jeep Cherokee things get more complicated already. There are multiple sensors feeding into the PCM where the speedopuls is fed onto the network. There are no dedicated speedo plug. Alll wired into plug carrying multiple signals. Also on the actual instrument panel it is impossible to disconnect anything. Unless you would actually take a soldering gun to it and for instance disable the power to the eprom storing the odometer reading. That eprom can be overwritten fairly easily if you have a simple eprom writer and the correct cables and connectors.

On many modern cars the mileage is actually stored in two different locations. Usually in the speedometer/speedometer and in the ECU and or PCM. If the values in these two locations don’t match, an alarm or engine check light will come on. Disabling the odometer is usually simply not possible. Because the odometer works of the various speed sensors. And those are also input to the ECU, PCM, BCM, cruise control, ABS and various other systems. So heavily integrated.

What is possible is to change the value in both locations. Dealers have the equipment to do so. Because if they change a speedo or an ECU they need to adjust the new unit for the correct mileage. Unfortunely the same can be used to alter the odometer, I.e. roll it back. On some system rolling back the odometer will leave telltales on the system, but you need a pretty advanced OBD scanner to read those. I have three OBD scanners but mine can’t do it.

On new cars, especially high end versions, I don’t think you can easily disable the odometer, for all the reason pointed out above. However, you can roll back the odometer and the official dealer does have the equipment and knowledge to do so. Whether they actually do so, is a matter of the calibration of their moral compass and your trust.

In all honestly, I would not put anything past any mainstream dealer, even here in the Netherlands. A good friend of mine traded in his BMW 5 series at the largest BMW dealer here. Two weeks later his BMW showed up on their website under the occasion section. However, it had lost over 55000 Km. My friend called them. His BMW had been sold and bought back by the dealer. So in theory the dealer is in the clear. But obviously it is just a racket. 55000 km of the odometer on a five year old 5 series is worth Euro 12-15000 easily! Go figure.

CAr sales people, second hand or new, are the lowest life forms in existence. Never, ever, and I mean ever, trust them. Whether you buy a Tesla or Fiesta, they are just awful people! I would not trust them any further than I can throw them, anywhere in the world. When we find other civilisations around us, I am sure we will find something similar at a very distant planet at a remote galaxy. Some guy selling a rocket with warp speed capabilities claiming it has only travelled a billion light years. But he rolled back the nuclear odometer which was ready 2,5 billion light years. Show me an honest car sales person and I show you a myth.

Here’s what BHPian ajmat had to say on the matter:

I remember traveling with my Dutch associate from Heerenven to Almello for some urgent work on his BMW530d. I was to pick up a Hyundai van and drive it back. He disappeared somewhere while I played with an Audi V8. Came back, his 75000km E39 became 55000km. He had deliberately got the car serviced privately to avoid service records showing up.

Lets just say, when he told his girlfriend, her respect for him went down a few notches.

Here’s what BHPian Night_Raven had to say on the matter:

In 2015, my Punto was delivered with less than 50kms on odometer. Shortly after driving out of the showroom I realised my odometer wasn’t working. Didn’t want to spoil the new car excitement for the family, so kept quiet. Went back to the showroom next day and told them to rectify it which they did in a matter of minutes. I was upset, but didn’t make a fuss about it since the car otherwise had no issues. It served me faithfully for 7 long years and had more than 1lakh kms on the odometer when I exchanged it for the Compass. In about a month, I found an ad on OLX for my Punto. Unsurprisingly, the ad mentioned the odo reading around 55,000.

So yes, I strongly believe odometer tampering is the norm not only in 2nd hand market, but also in new car dealerships.