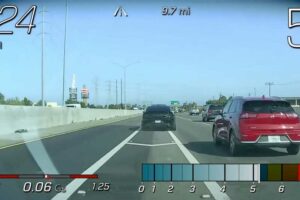 Earlier this month, we brought you the story of a Fremont Chevrolet mechanic caught taking a customer’s C8 Corvette for a high-speed joyride, and it was even worse than that classic setup makes it sound. The tech ran the car up to 148 mph on a public highway in a street race that went viral once the video from the car’s Performance Data Recorder was shared online.

The car’s owner, Michael, wasn’t sure what to do at the time other than vent about it online. He certainly wasn’t expecting all the attention his story got—nor was he expecting the surprisingly good ending that we can now report. Over the weekend, we can confirm the dealership agreed to trade Michael’s 2021 Corvette for a brand new 2022 model in order to make things right. No strings attached, no hidden fees, and they even paid the sales tax. Michael says he’s extremely happy with the resolution. 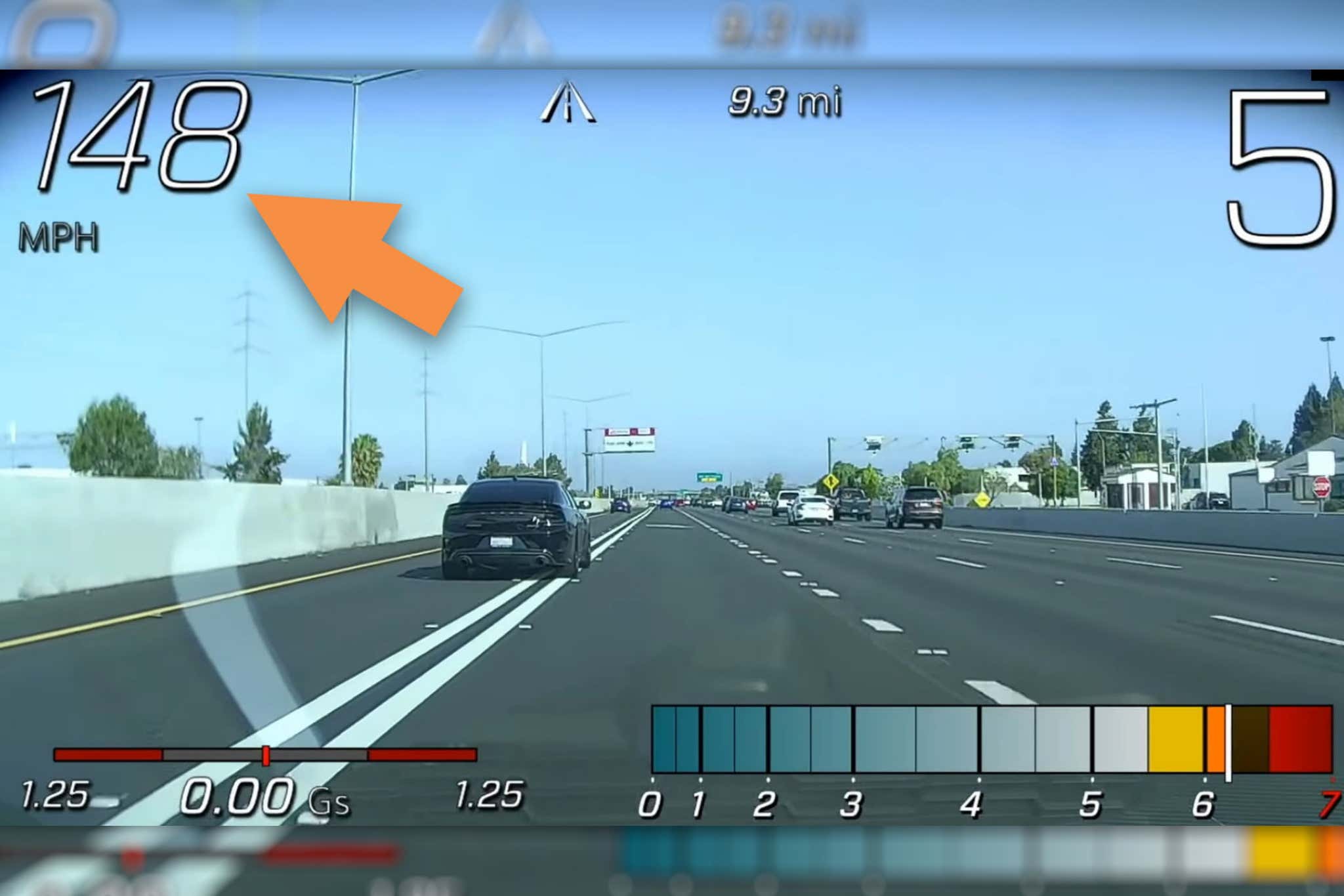 A little background: worried that a noise in the engine bay of his new C8 could be a serious problem, Michael took the car on a flatbed to Fremont Chevrolet in late July, hoping it would be a quick fix. Luckily, it was a simple issue that was squared away overnight and he promptly picked up the car.

The next day Michael reviewed the car’s Performance Data Recorder, or PDR, as it had been set to record automatically. It captured the test drive of his new car after it was fixed from beginning to end, showing the vehicle being taken on several pulls to 100 mph. Worst of all, the tech who was driving got into a street race with a Dodge Charger that reached speeds of 148 mph. You can read the full story here.

Michael contacted the dealership’s owner. His email was promptly answered, and from there, things started to happen.

“The owner of the family of dealerships reached out to me…and I’m laying in bed and he texts me at nine at night or something, just apologizing profusely and saying he wants to make this right,” Michael told The Drive. “And then [he offers] me a 2022 [Corvette], and that was pretty shocking. I followed up with [the dealership’s general manager] the next morning and said ‘hey, when can we meet?'”

Michael showed up at the dealership the next morning, the general manager, Boni, met him outside, and he was taken to his office where the paperwork was completed and the new car was ordered. “We configured my 2022 together, [and] he let me push the submit button so my order is in with GM.”

It gets better, though. When Michael’s first Corvette originally arrived it was actually missing a few options, primarily the front nose lift and the seats that he wanted. Seeing as Corvette production has been a bit fraught lately, he decided to just live with it, but now he’s getting those accessories in the 2022. Best of all, he’ll be able to keep driving his current car until the new one arrives, at which point he’ll trade it back in to the dealership. 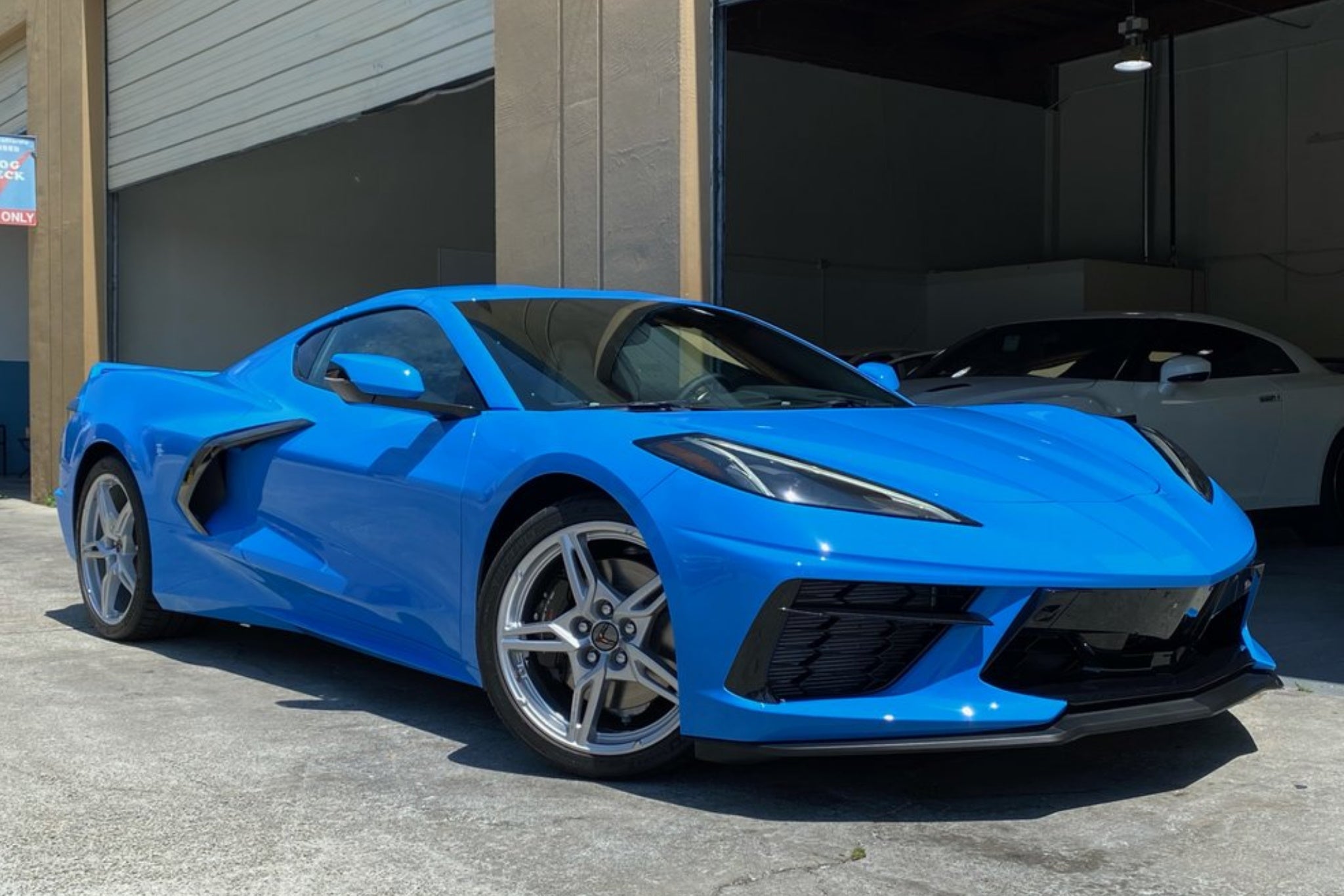 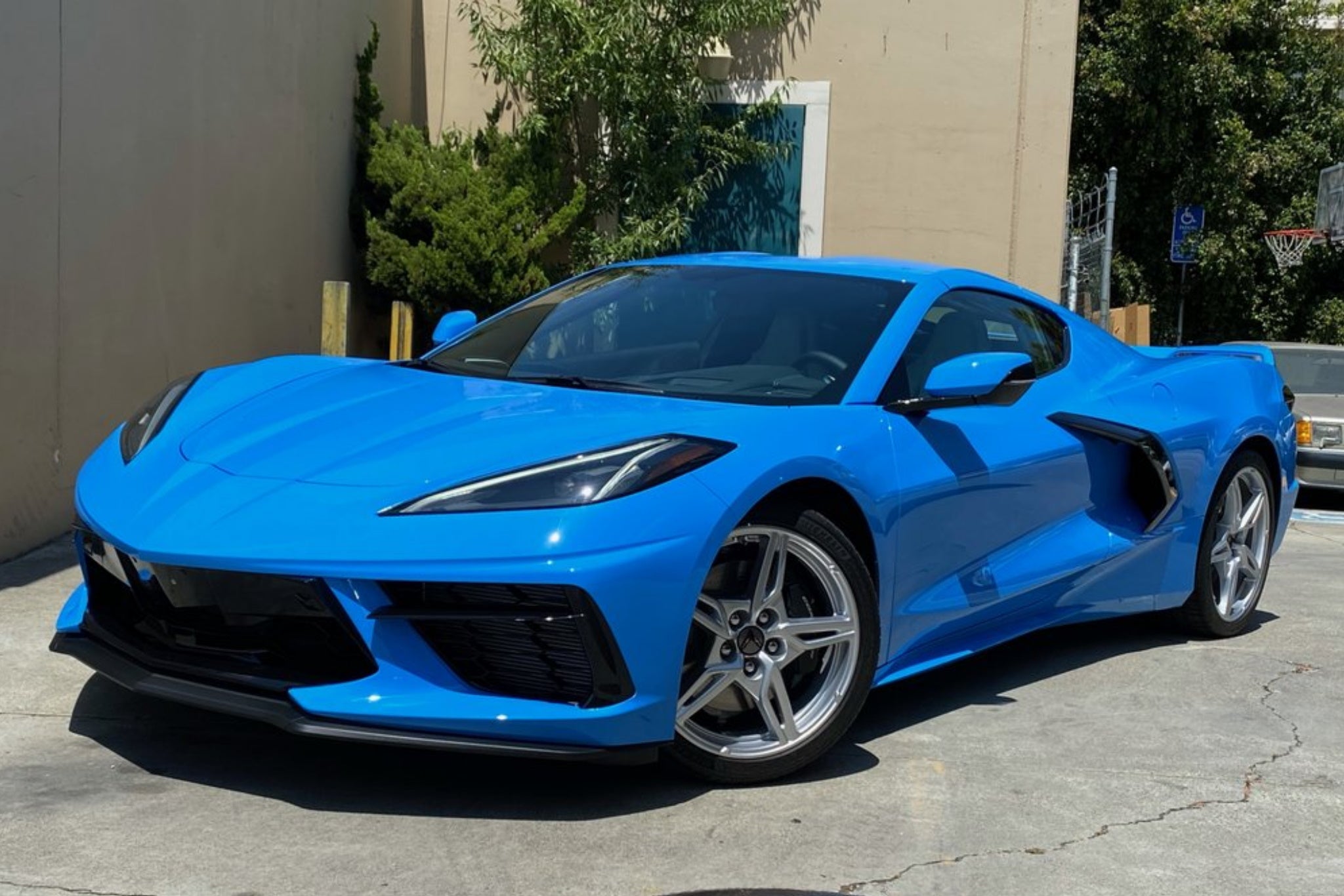 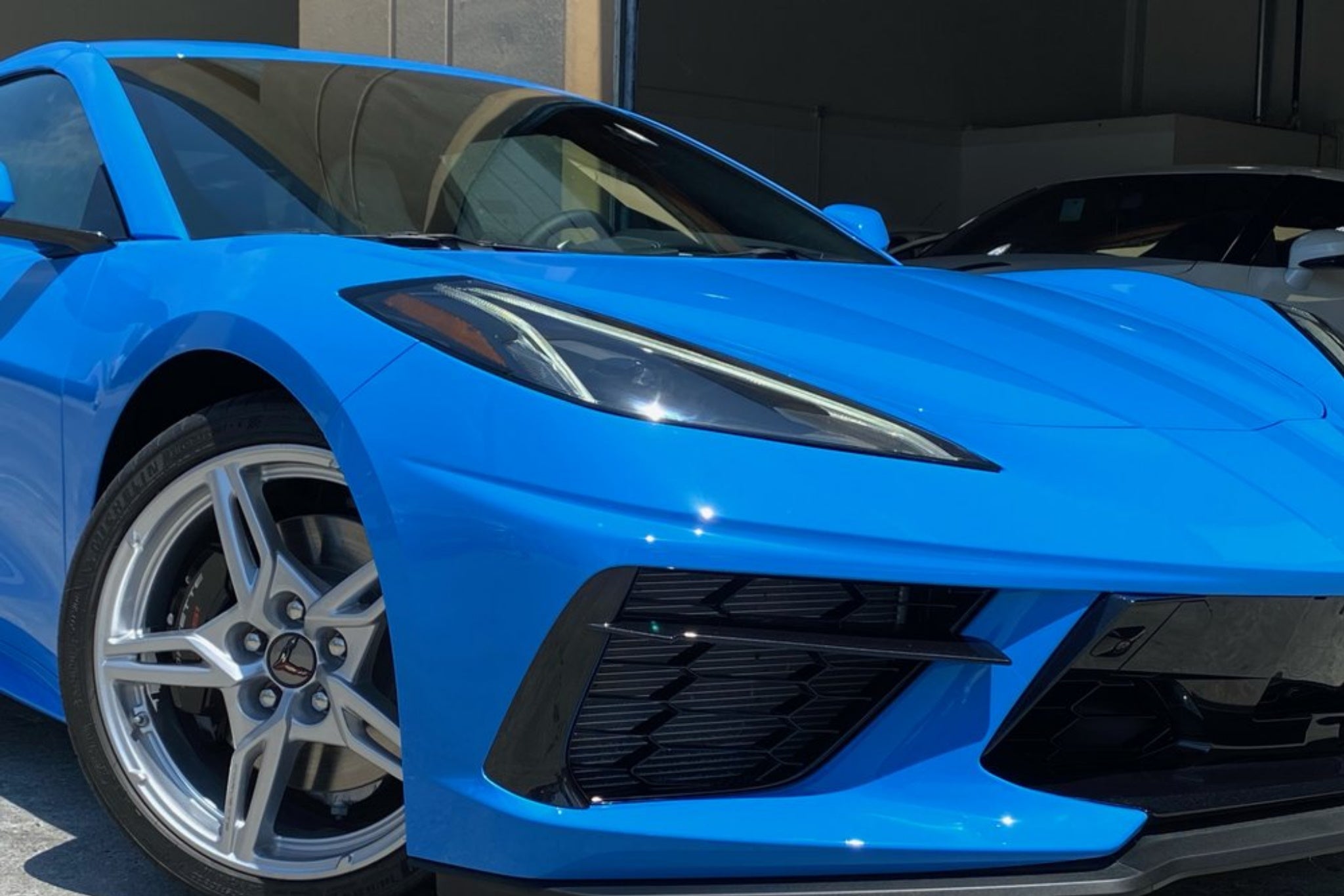 Michael had also requested an extended warranty on his current car prior to the dealership’s owner offering him an entirely new ride. Surprisingly, that went through as well.

If you’re skeptical of all of this, you’re not alone—so was Michael. At every step of the process, however, the dealer was reportedly transparent and made sure to satisfy his request to get everything in writing.

The dealer’s owner simply said it just made sense to do so. “After I saw the video, I felt this is the right thing to do,” Inder Dosanjh told The Drive. “I heard it, and then it was worse when I saw it. Until you see things, sometimes, you don’t really understand them.” 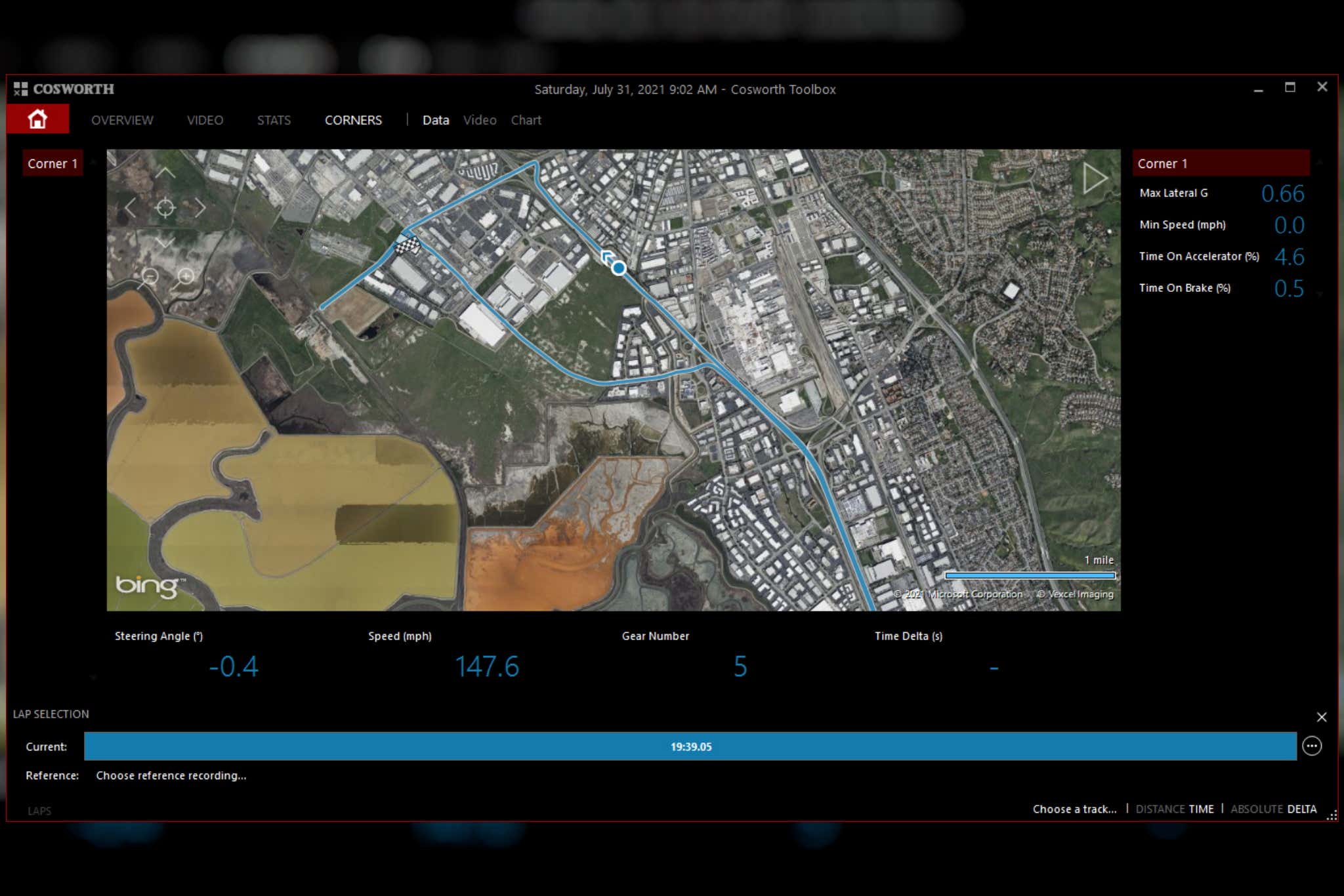 Dosanjh owns several dealerships in the Fremont area and says that when the option to give Michael a new car came up, he thought it was a good one. “After my conversation with him, at some point, we said OK, why don’t we just trade your car in, [we’ll] take it back, give you one, and we’ll pay the sales tax,” he said.

There are still a few loose ends, however. What’s going to happen to his current car, and what about the Dodge driver in the video? Well, as far as Michael’s old 2021 Corvette goes, it’s still open-ended, but Dosanjh has a few ideas. He claims he might wholesale it or maybe even keep it since he collects Corvettes.

As far as the Dodge driver is concerned, Michael told us the California Highway Patrol is investigating the illegal race. We contacted the CHP and an officer confirmed that there is an ongoing investigation, but couldn’t share any additional details.

We don’t often hear this, but a dealership did the right thing. Michael has a new car, the police are investigating the race, and Fremont Chevrolet has salvaged its reputation, at least with Michael. Dosanjh says that in the future, only Corvette specialists and shop foremen will be taking performance cars out on test drives. That will hopefully prevent future incidents like this from happening, and maintain his dealership’s good standing.

“It’s not about the money, it’s not about anything else, we do good [financially], we’ve got enough stores,” Dosanjh said at the end of our call.

“This is about fixing the problem right.”