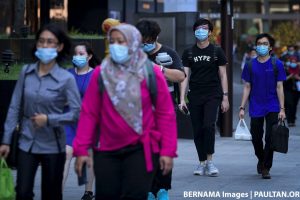 The government has announced that the current movement control order (MCO) for Selangor, Kuala Lumpur, Johor and Penang, which ends on March 4, will be switched to a conditional MCO (CMC) from March 5. The CMCO will be in effect until March 18.

In his daily briefing today, senior minister Datuk Seri Ismail Sabri Yaakob said that Kedah, Kelantan, Negri Sembilan, Sarawak and Perak remain under a CMCO, while Melaka, Pahang, Terengganu, Sabah, Putrajaya, Labuan and Perlis will be placed under a recovery MCO (RMCO) alongside Perlis, which is under a RMCO.

Under the CMCO, most economic sectors will be permitted to open and social activities allowed to resume, with standard operating procedures (SOPs) adhered to. Among businesses that are allowed to operate again are theme parks as well as spas and wellness centres, the latter being allowed to operate from 6am to 12am.

The defence minister also said that inter-district travel within a state will be permitted, with the exception of Sabah, but inter-state travel is still prohibited across the country.