Home » CMCO for Selangor, KL, Johor, Penang and Kelantan extended to April 28, and for Sarawak to April 26 – paultan.org

CMCO for Selangor, KL, Johor, Penang and Kelantan extended to April 28, and for Sarawak to April 26 – paultan.org 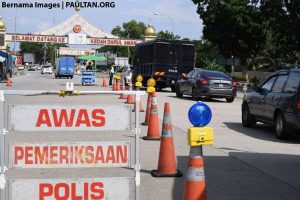 The conditional movement control order (CMCO) has been extended once again for Selangor, Kuala Lumpur, Johor, Penang, Kelantan and Sarawak, as announced by the government today. With the exception of Sarawak, which gets an April 26 end date, the remaining states and federal territory mentioned above will remain under the CMCO until April 28.

Meanwhile, states and federal territories that are currently under the recovery movement control order (RMCO) will remain as such until April 28. These include Sabah, Perak, Pahang, Terengganu, Melaka, Perlis, Putrajaya, Labuan, Kedah and Negeri Sembilan.

As before, all inter-state travel is still prohibited without a permit across the country, except for tourism travel between RMCO localities, although these have to be specifically made through registered travel agencies under the tourism, arts and culture ministry (MOTAC).