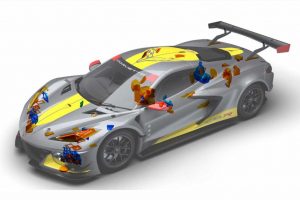 Additive manufacturing, which is another name for 3D-printing, perpetually seems almost ready for mass-market and classic-vehicle applications. Fact is, many are already employing the practice: Jay Leno for his collection; 1016 Industries as it practices on McLarens; Porsche for the pistons on its GT2 RS; Ford with its Mustang GT500 brake parts and now Chevy, for its race teams. Those teams have actually already run more than 80,000 miles with 3D-printed parts. And there are certainly more.

Additive manufacturing is a more accurate term for what is commonly known as 3D printing. (Most current manufacturing is reductive, as in, you take a big hunk of steel and cut it into smaller hunks of steel). The two terms can be used interchangeably.

“Chevrolet has a long history of technology transfer between our motorsports and production teams, and this is a perfect example of our approach,” said Jim Campbell, GM U.S. vice president of Performance and Motorsports. “GM’s 3D-printing capability speeds up our learning cycles and, in turn, these racetrack experiences help our additive manufacturing team move one step closer to using 3D-printed parts in production vehicles.”

The Corvette C8.R race cars that debuted earlier this year at the Rolex 24 at Daytona get 75 3D-printed parts each, ranging from the oil tank, tank inlet and cap, air conditioning driver cooling box and integrated hydration system, power steering pump bracket, headlight assemblies and more. GM says 50 of those 75 were printed in-house. 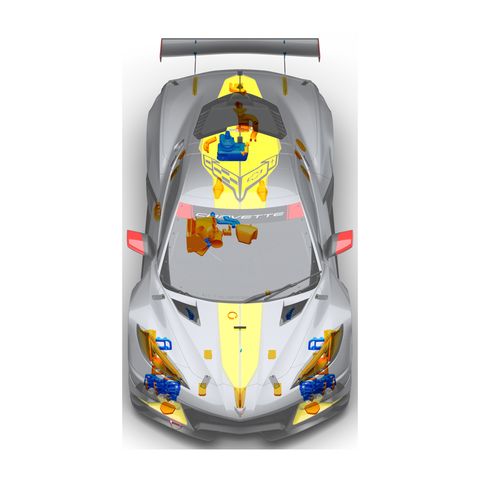 Over on the NASCAR side of things, the new Camaro ZL1 1LE gets more than 500 3D parts used in testing in the wind tunnel to develop the body. Now it’s running with a 3D-printed gear-cooling duct, which has clocked 18,500 miles in competition.

Even in the desert, GM is using 3D parts for its Silverado race truck competing in the 1200 Stock class. The class “limits changes to the suspension, underbody and installation of race safety equipment,” meaning something like its race damper shield, made with carbon-fiber reinforced plastic, is produced in-house and protects the shocks. Since October, the race truck has traveled 900 miles over terrain made to break suspension parts. 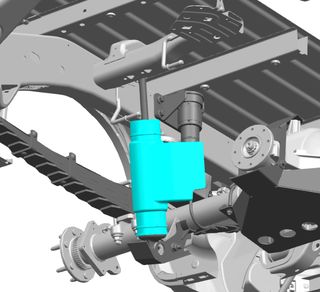 We talked to Andrew Cunningham, Additive Design and Manufacturing Product Application Engineer, Motorsports at GM about the process.

First, what materials are you using? I’m assuming both metals and plastics?

The teams are using both plastic and metal parts. We are using engineering-grade nylons, aluminum, and nickel alloys.

Does this save time? Money? Both? What are the advantages?

Yes, 3D printing can save both time and money. The savings really varies part to part, but a strong example is the modular wind tunnel body development system used on the Camaro ZL1 1LE for the 2020 NASCAR Cup Series. The ability to rapidly change out body panels between runs saved over $100,000 in wind tunnel time.

Are these parts as strong as the “reductive manufacturing” equivalent? Stronger?

The additive components can be just as strong or even stronger than conventionally manufactured parts. Additionally, due to the manufacturing freedom enabled by additive manufacturing, it is possible to create stronger parts than those which are machined or fabricated because material can be distributed only where needed; or in a geometry that cannot be created with conventional methods. This allows extra local reinforcement without increasing the part weight beyond the acceptable threshold.

Can 3D printing help with mass market cars, considering you need to make tens of thousands of parts?

Yes, 3D printing can help with mass market vehicles beyond production parts on vehicles. GM has been using additive manufacturing for rapid prototype since 1989. Earlier this year we shared the role 3D printing played in the development of the mid-engine Corvette. Our use of 3D printing will only accelerate with each new model we introduce.

Although GM does not have any 3D-printed parts in production vehicles, 3D printing provides great benefits like the rapid creation of physical parts, testing the fit or function of parts ahead of production, saving time in the overall development process, saving on tooling costs, which can be prohibitively expensive, as some actual production molds and dies can be 3D printed, the ability to rapidly check the viability of different versions of the same part – multiple iterations of one design can be printed on a single build – which saves considerable time during the development phase, gauging early in the development process how well a single part interacts with its surrounding environment, checking the tactile feel of different materials and forms.

Any more examples of eliminating failure points with 3D printing like on the Indycar exhaust?

A large advantage of additive manufacturing is parts consolidation, which often results in eliminating welds, every joint or weld between parts is a potential failure location. Through practices such as part consolidation, systems can be made stronger and more reliable than conventional multi-piece assemblies.

Another way additive manufacturing helps to eliminate on-track part failures is by providing the capability to rapidly iterate new designs. If an additive part shows a weakness in pre-race testing, the digital model of the part can be quickly changed, and a new version can be reprinted in only hours to days. Contrasting this to conventional manufacturing, if a tool (mold) change is needed to correct a part failure issue, the process can take weeks to months. Additive may be needed to produce the new design in time for the next race.

3D printing also played a critical role in helping the GM transition to building medical devices as the pandemic broke out. Check out more on that story here.

As Cunningham says, this is a win for all manufacturers. Not only does it help prototype for new mass market vehicles, the little things you love about a brand can continue to be produced long after the mold is tossed. We’re still a long way from 3D printing an entire vehicle, at least profitably, but even that isn’t off the table in the future.

Have any of you bought or made any 3D parts for your vehicle? Let us know how it worked out in the comments! 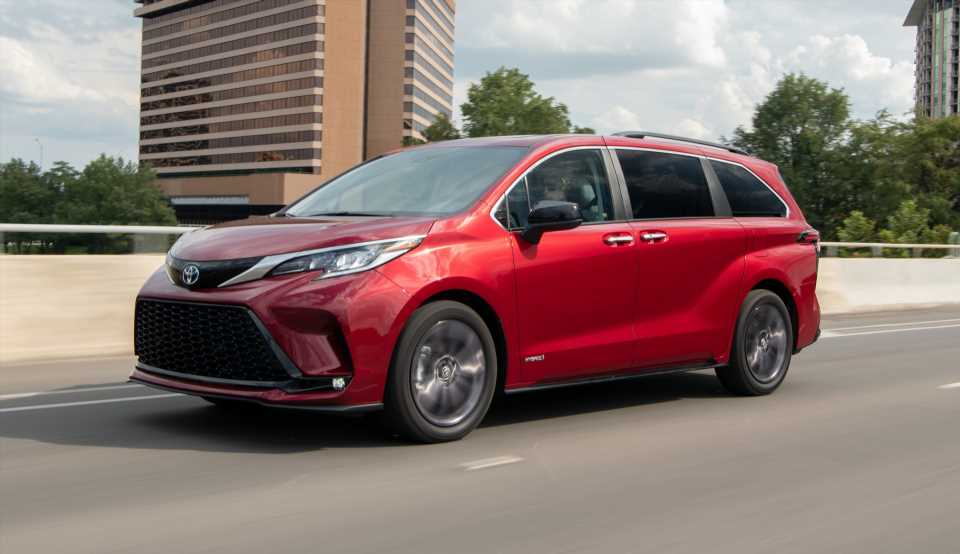 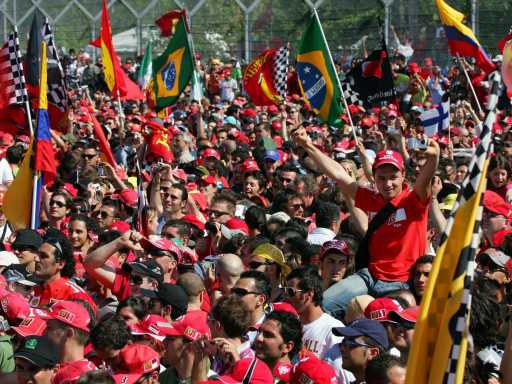 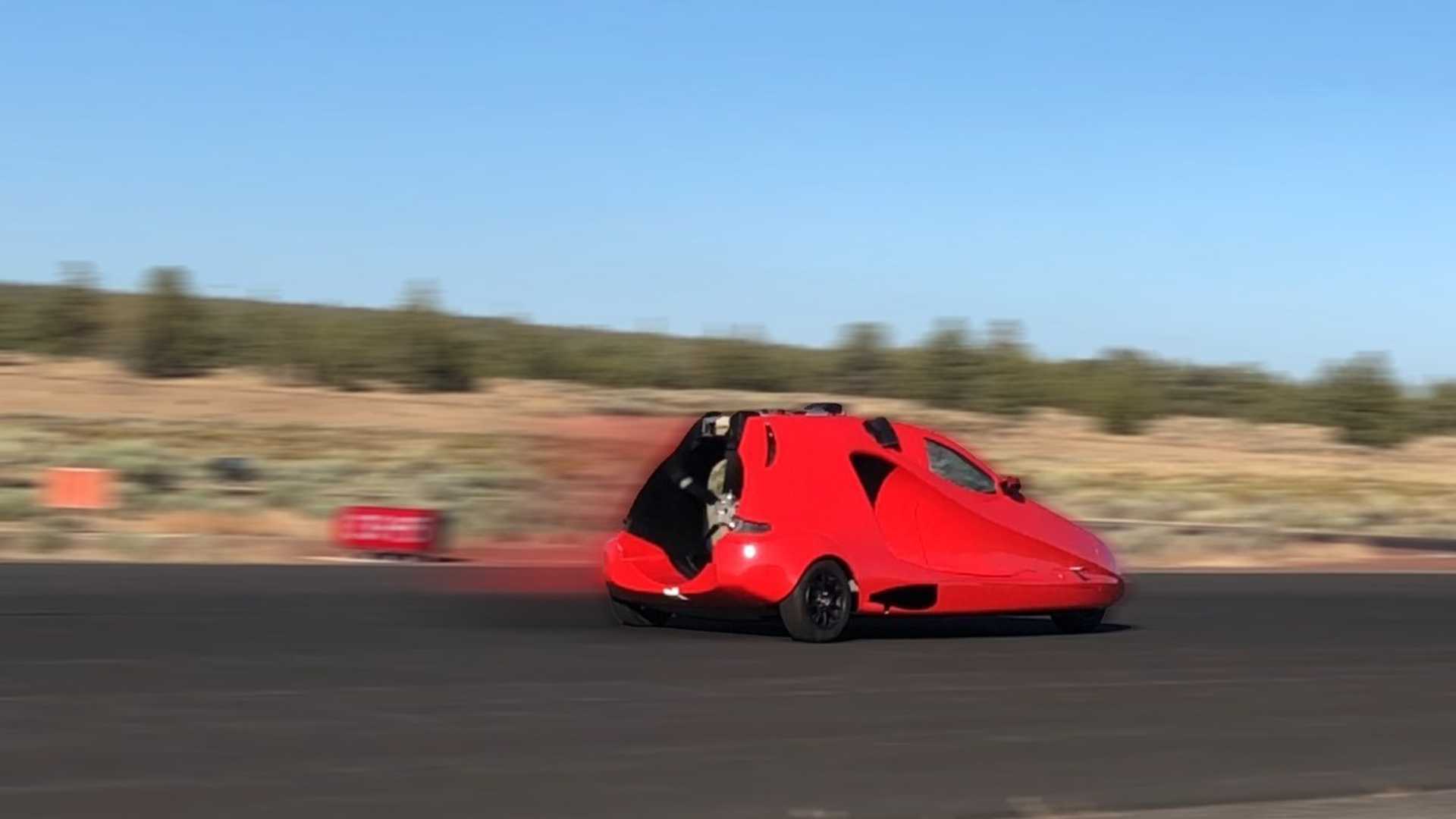 Switchblade Flying Car Doesn't Fly, But Drives Down Runway Like A Boss