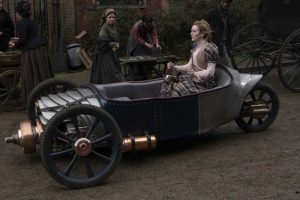 Sunday evening found me lying in bed in a haze of COVID-19 vaccine side-effects, so what else was there to do but watch TV? Luckily, there is always new content to consume. Last night, that took the form of HBO’s newest science fiction drama, The Nevers. And there is a dope car in it that we should talk about. I won’t lie to you when I say I found the pilot episode largely very dull. You’d think a science-fiction drama, set in Victorian London, where the strong female leads have special powers and abilities, would be gripping from the start. And yet.

Rolling Stone‘s Alan Sepinwall put it more succinctly than me when he wrote that the show was unable to outrun disgraced writer and director Joss Whedon’s weirdo Whedonisms. Fortunately, the special effects are fun and the undeniable steampunk aspect of everything is a delight.

Our main heroines are Amalia True (Laura Donnelly) and Penance Adair (Ann Skelly), two women who are “Touched”—meaning that they have special powers, sort of like X-Men. Penance, as she explains herself later on, can “see energy.”

“Potential energy” she clarifies. “Like with electricity. I can see where it wants to go, or move, or settle. It helps me put things together.” It’s kinda vague, I know.

She’s the inventor on the show and the first of her inventions we see is a robot-driven buggy. In this particular universe, I daresay Penance has invented the first self-driving car. Much more exciting, however, is the three-wheeled “auto-carriage” that bursts out of the buggy during a chase scene about 15 minutes into the episode. How she managed to fit such a thing into the buggy is anyone’s guess, but it’s a fascinating thing nonetheless. Penance steers the car with a type of yoke-style steering wheel while facing forward from the car’s rear seat. What appears to be a speedometer gauge is located right below the steering yoke. The rear-facing front seats can accommodate two passengers, making it a three-passenger three-wheeler. It’s like a steampunky Morgan 3-Wheeler. It’s awesome.

The tires are skinny as bicycle tires and cambered impressively, like an old open-wheel race car. And just by listening to it, I’m confident in saying that this three-wheeler is definitely an EV. It makes a whirring noise as it drives; the traditional noise of a combustion engine is distinctly absent. Evidence that it’s an EV mounts when you learn that Penance’s power is rooted in electricity and when you consider that electric cars have actually been around since the 1830s. So seeing one tooling around London in 1896 isn’t completely bizarre, even if it is a prototype.

And when you look at it from the front, it appears as though some sort of generator is powering the front wheels—so it’s clearly front-wheel drive. There does not appear to be much room in the rear for an additional engine. 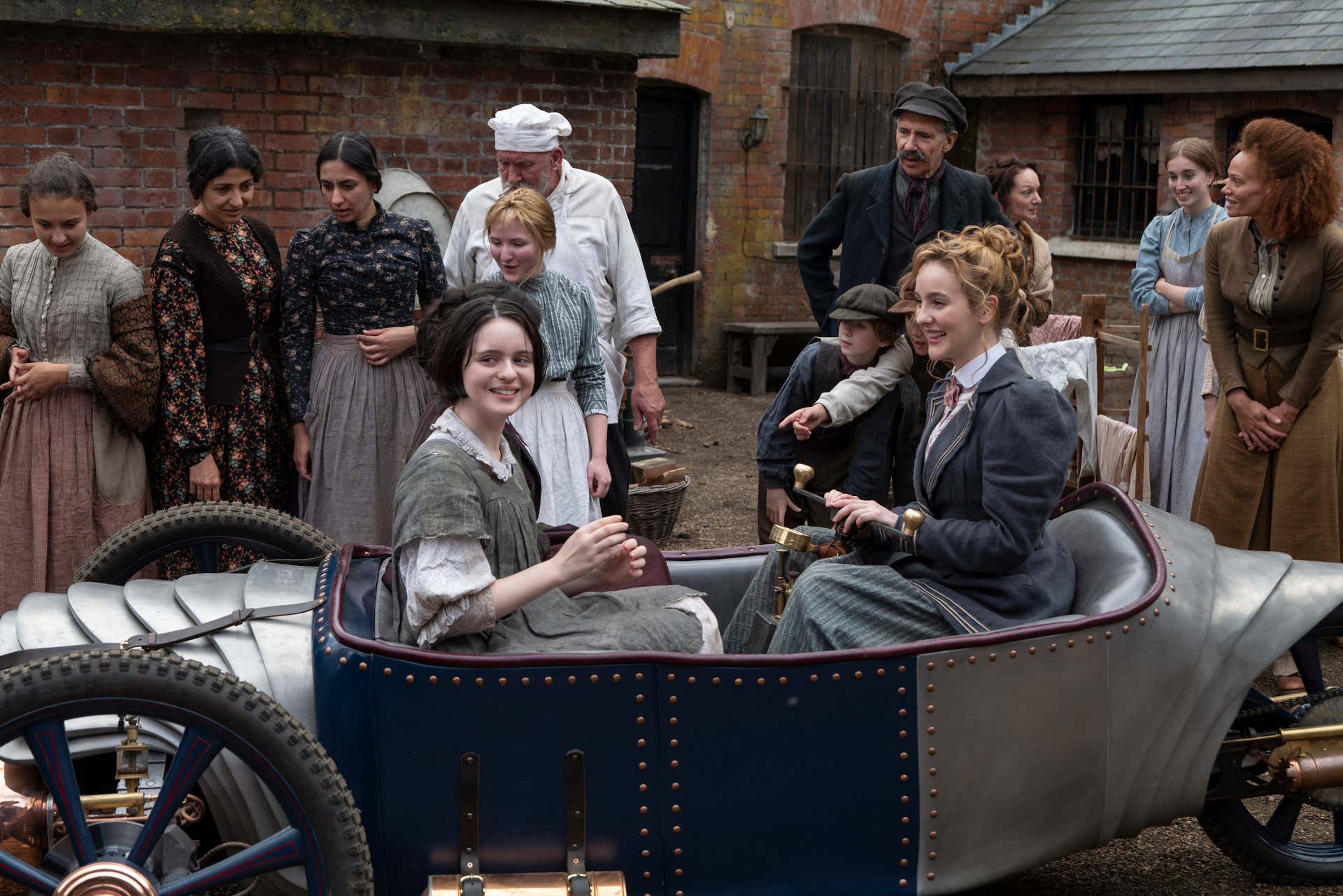 The rest of the three-wheeler is, in a word, gorgeous. Its dark-blue hue reminds one of a Bugatti Type 35. Polished brass or copper rivets around the cabin add a distinctive styling flair, as does the side-mounted—what I would assume is—cargo compartment. Close up, the eight-spoke body-matching wheels have red-painted detailing on the spokes. Completing the look is a pair of leather hood straps fastened across the brushed-metal hood with a wonderful scalloped design. There’s even a single headlight!

You can see the three-wheeler in action in the show’s trailer here.

Given the dizzying amount of plot and sub-plot in The Nevers, I have my misgivings about how the show will ultimately turn out. But if we can expect more awesome technology and inventions such as these (there was also an electrified umbrella weapon that appeared to open up into a set of brass knuckles!) then I’ll watch for them. The Nevers is airing now on HBO Max.