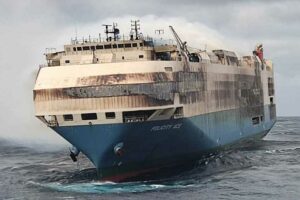 The recent sinking of the Felicity Ace car carrier is already having an impact on the broader shipping industry. Automotive transport companies are beginning to implement policies restricting or outright banning EVs out of concerns for the fire risks posed by batteries, reports Splash.

Japan’s Mitsui OSK Lines (MOL) suffered greatly earlier this year when its ship, the Felicity Ace, was lost to a fire that broke out during transit of the Atlantic Ocean. Around 4,000 cars were lost, with the manifest including the last run of Lamborghini Aventadors and one enthusiast’s Honda Prelude. The incident incurred losses for the company on the order of $500 million according to law firm Vinson & Elkins. With the ship having sunk, the cause of the fire will likely remain a mystery, but the EVs carried onboard are suspected to have contributed to the ferocity of the blaze. 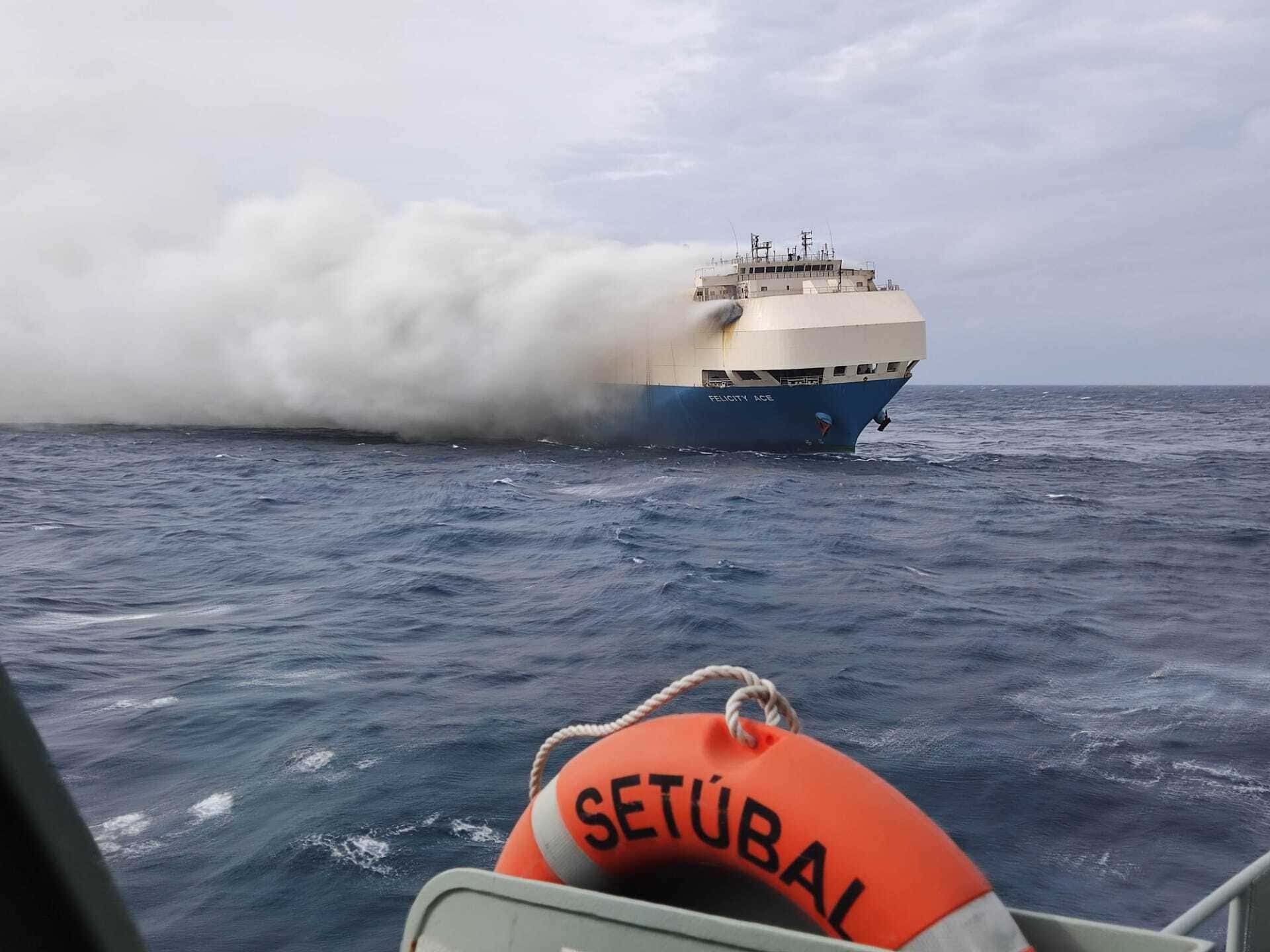 Smoke could be seen pouring from the Felicity Ace as it burned in the Atlantic ocean in February.

A MOL spokesperson told Splash that it has now implemented a new policy banning the carriage of used EVs for the time being. The policy only concerns all-electric vehicles, with hybrids still allowed carriage onboard. “The number of used EVs we transport has been increasing recently,” said the spokesperson, adding that the company has “decided to suspend accepting booking of used battery electric vehicles for the time being,”

As standard practice, MOL safety checks regular ICE vehicles prior to carriage for obvious issues like fuel or oil leaks that could pose a fire risk. The spokesperson noted that this is presently harder to do for used EVs. Notably, however, MOL confirmed to Stuff.co.nz that the policy has “nothing to do with the incident on Felicity Ace.” Instead, the spokesperson indicated that it came about due to a policy review prompted by the increasing number of used EVs the company was receiving for transport.

Other car carriers are still happy to transport EVs, however, new or used. As reported by Autofile, Toyofuji Shiping NZ and Armacup Maritime Services have both indicated that they will continue to ship electric vehicles as normal in the wake of MOL going public with its new policy. “It’s business as usual,” says Chief Operating Officer of Armacup, Hans Corporaal, adding that “Our policy is to not accept accident-damaged EVs, but we will be keeping a close eye on developments relating to used EVs and may need to adjust our policy in the future as and when more information comes available.”

Interestingly, studies have found that EVs are actually far less likely to catch fire than ICE-powered cars and hybrids. Thus, the MOL policy may seem unusual in this regard. However, in the event a fire does break out, EV batteries burn more ferociously, are difficult to extinguish, and can also spontaneously reignite days after they are put out. Thus, the risk posed by EVs is understandable, and the hybrid exception perhaps makes some sense given the smaller batteries usually carried by these vehicles.

If the new MOL policy is due to the risk of runaway combustion during a fire, rather than the risk of the EVs themselves igniting, then solely banning used EVs makes very little sense. New EVs present just as much fire risk in this regard. However, it may be that MOL doesn’t wish to jeopardize relationships with major automakers by banning shipment of their latest products. Thus, banning a subset of electric vehicles helps reduce risks of a runaway fire to some degree.

For its part, the International Maritime Organization has determined that fire fighting standards need to change to better handle the challenges posed by EVs on car carriers. With hundreds or thousands of cars parked in close proximity beneath the decks, fire fighting techniques used on land, such as dunking a vehicle in a tank of water, simply aren’t practical on ships.