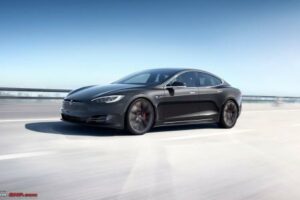 Canada is aiming to achieve zero-emissions across the country by 2050.

Canada has announced a ban on IC-engine vehicle sales. According to a media report, the country will only sell zero-emission cars and light trucks from 2035.

As per reports, Canada is aiming to achieve zero emissions across the country by 2050. Ahead of the 2035 deadline, the country has set certain interim targets for 2025 and 2030 as well.

However, the government is aware that it needs to offer more support to achieve this goal. According to reports, currently EVs amount to just 3.5% of the total vehicle sales in Canada.

Reports also suggested that the Canadian government will be investing heavily in consumer rebates, charging stations and other business tax breaks, to boost EV sales in the country.