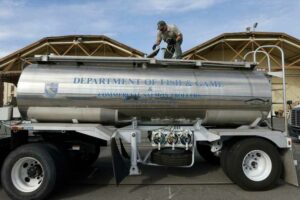 It may be only mid-June, but California’s already expecting a brutally dry summer. Eighty-five percent of the state already faces “extreme” drought conditions according to Drought.gov, and Insider reports the state’s reservoirs are 50 percent lower than they normally are this time of year. It’s especially bad news for creatures like Chinook salmon, which normally rely on now-trickling rivers to carry them into the Pacific Ocean to mature. Fortunately, we humans have devised a stopgap solution to the problem we created, which involves trucking salmon spawn down to the ocean by the millions.

Explained in a blog post by the California Department of Fish and Wildlife, this year’s salmon shipping program had to expand some 20 percent to account for the aforementioned drought conditions. Sourcing salmon spawn from four hatcheries in California’s Central Valley, tanker trucks (fish tank-ers, if you will) haul the spawn 50 to 100 miles to the Pacific coast, requiring about 146 trips, which together cost over $800,000 according to The Guardian. 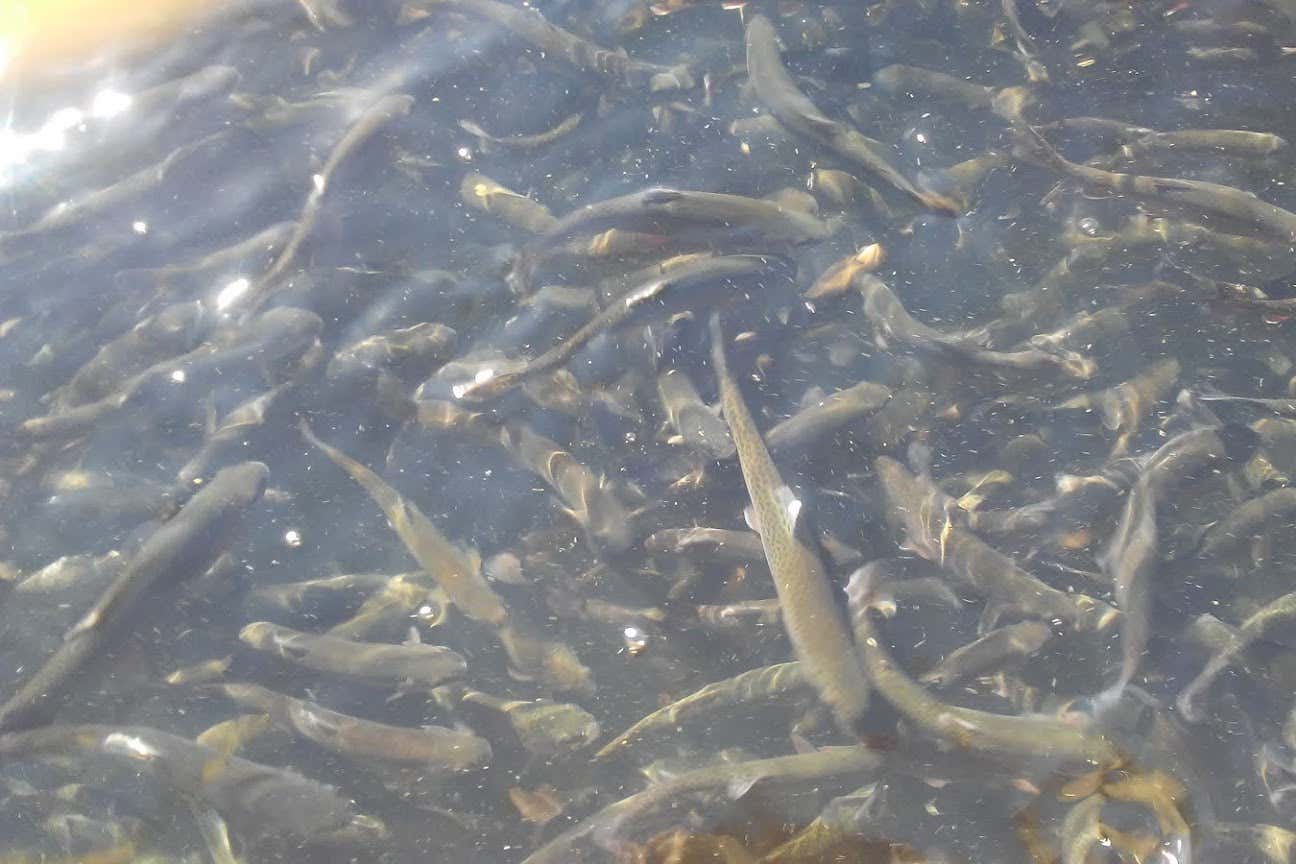 Once they’re oceanside, releasing the young fish isn’t usually a matter of opening a valve and letting things rip. Instead, the fish are released at multiple sites at varying times of day, so predators have no pattern to catch on to. Wildlife experts are especially concerned with ensuring the salmon survive this early stage of their life, as the number that successfully escapes into the ocean has a great effect on the number that return in three years to swim upstream and reproduce.

“We want to make sure that we have the best available chance for this fish, because we don’t know what’s going to happen,” commented the head of Feather River Hatchery, Anna Kastner, to Phys.org. “We don’t have any rain.”