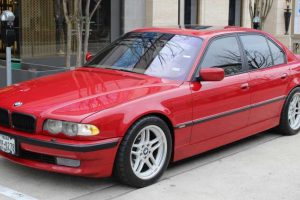 The E38 BMW 7 Series is arguably one of the most well-proportioned, handsome sedans of all time. It was featured in the James Bond films and a favorite for world leaders and rappers alike, but from an enthusiast’s perspective, it was always missing a little something.

Sure, the V8 and V12 engines available were no slouches, but they couldn’t break 300 horsepower and they were only paired to automatic transmissions. Funnily enough, BMW made a high-performance S62 V8 intended for the E39 M5, and in that car, it was mated to a six-speed manual. It was only a matter of time before somebody put the pieces together and we ended up where we are today, with this car not only existing but up for auction on Cars and Bids. 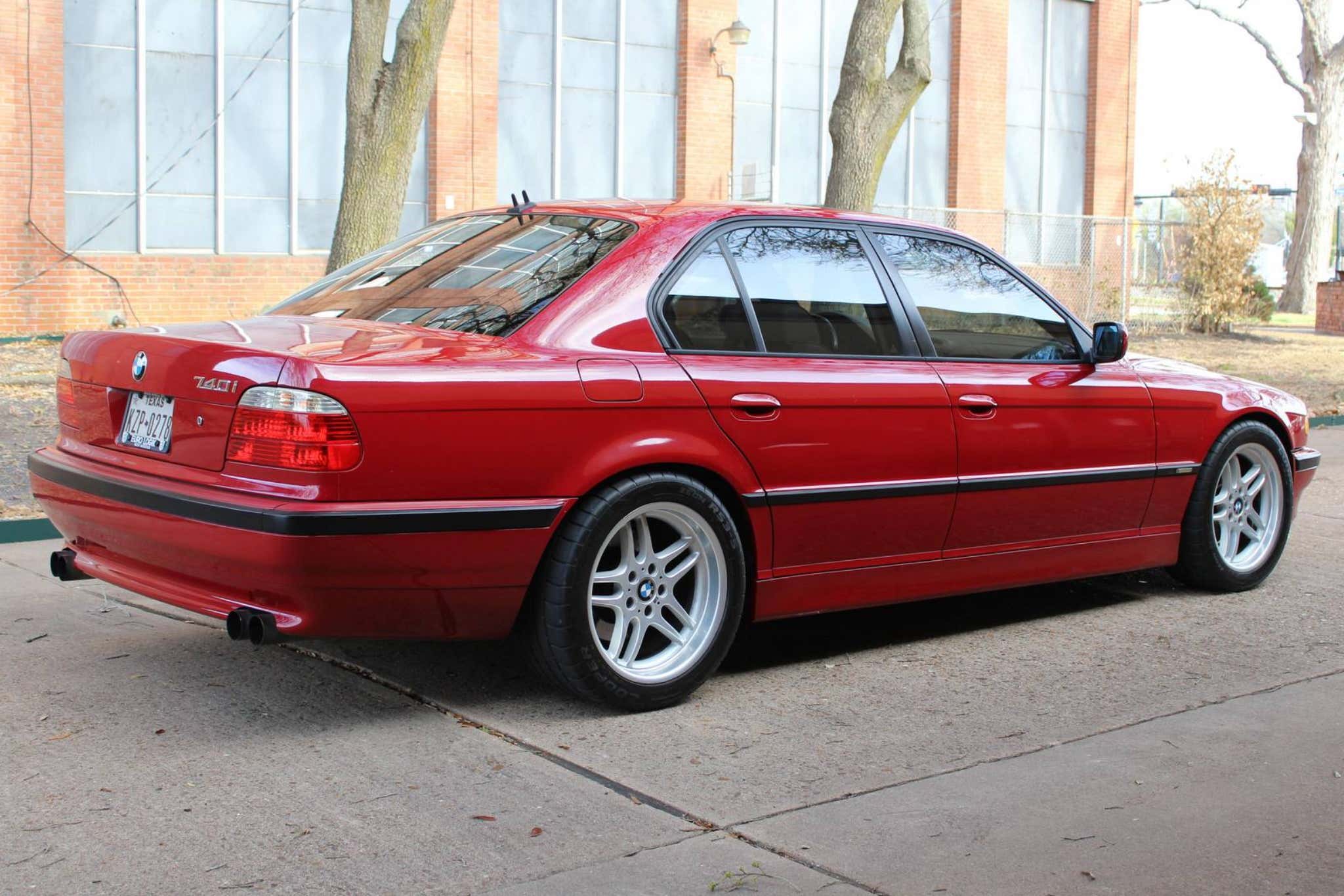 Yes, this rare, Imola Red, short-wheelbase 7 Series is sending 395 horsepower to the rear wheels thanks to an S62 V8. As well as getting this new motor, the car also received a new ECU and exhaust system from reputable BMW tuner Dinan. It’s been lowered with Eibach springs and converted to coilovers in the rear courtesy of KW. The steering box and instrument cluster from the M5 have been swapped in, as has an M5 steering wheel and head unit.

Along with the rare red paint, the car looks just so because it’s equipped with the M Sport package, meaning it gets the nicest-looking bodywork, as well as those sweet M-parallel wheels that improve pretty much any car they’re put on. 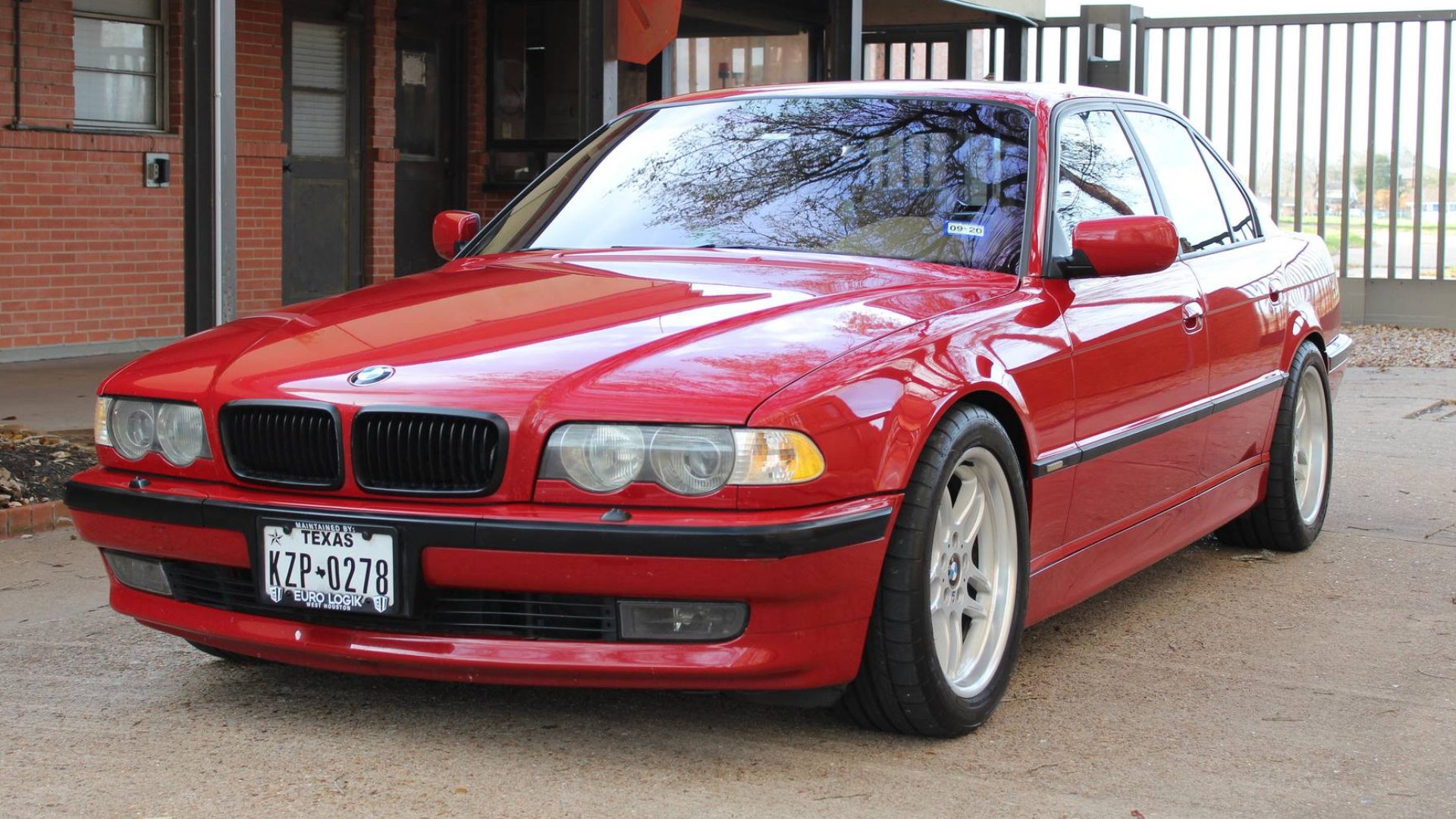 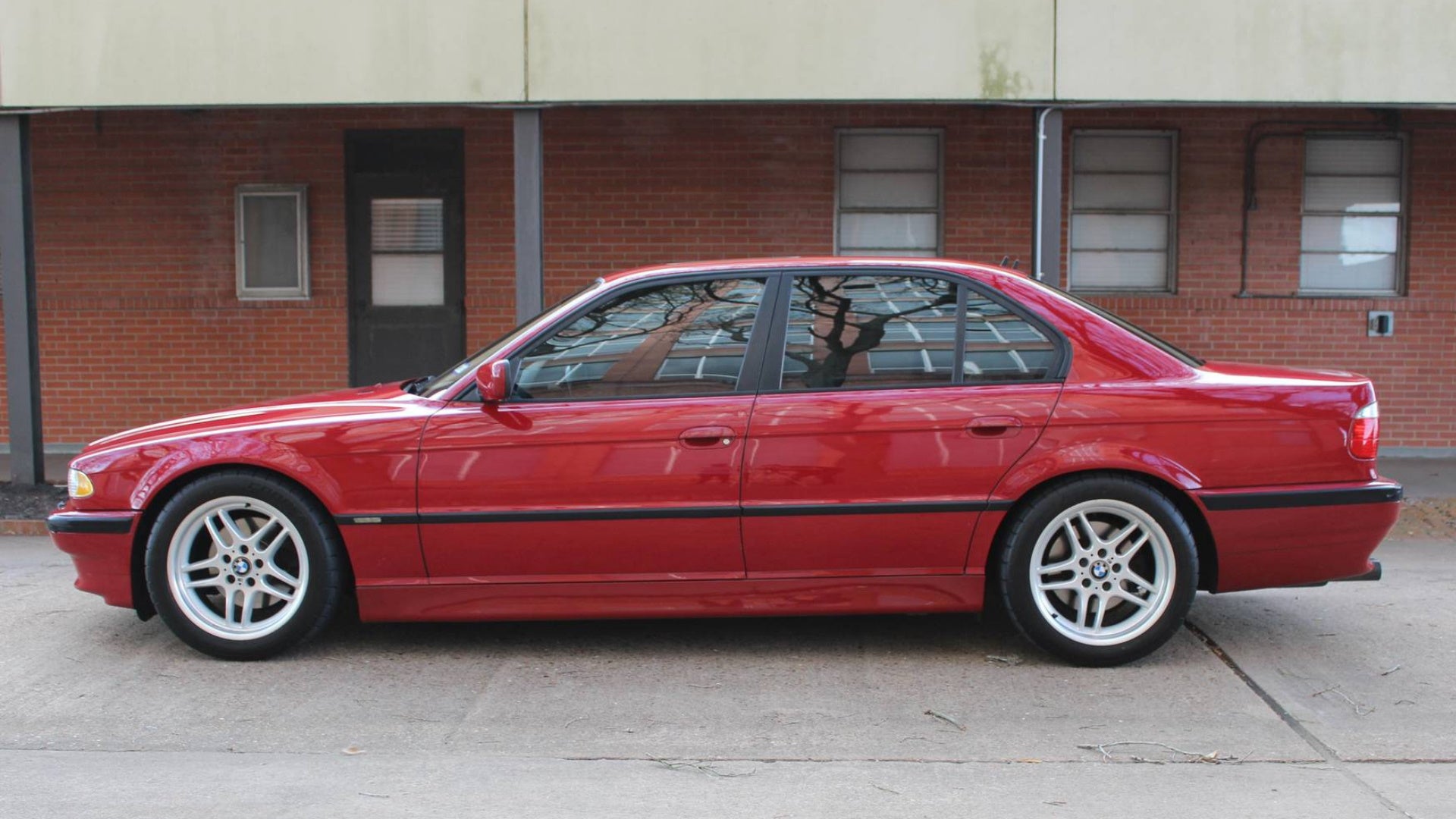 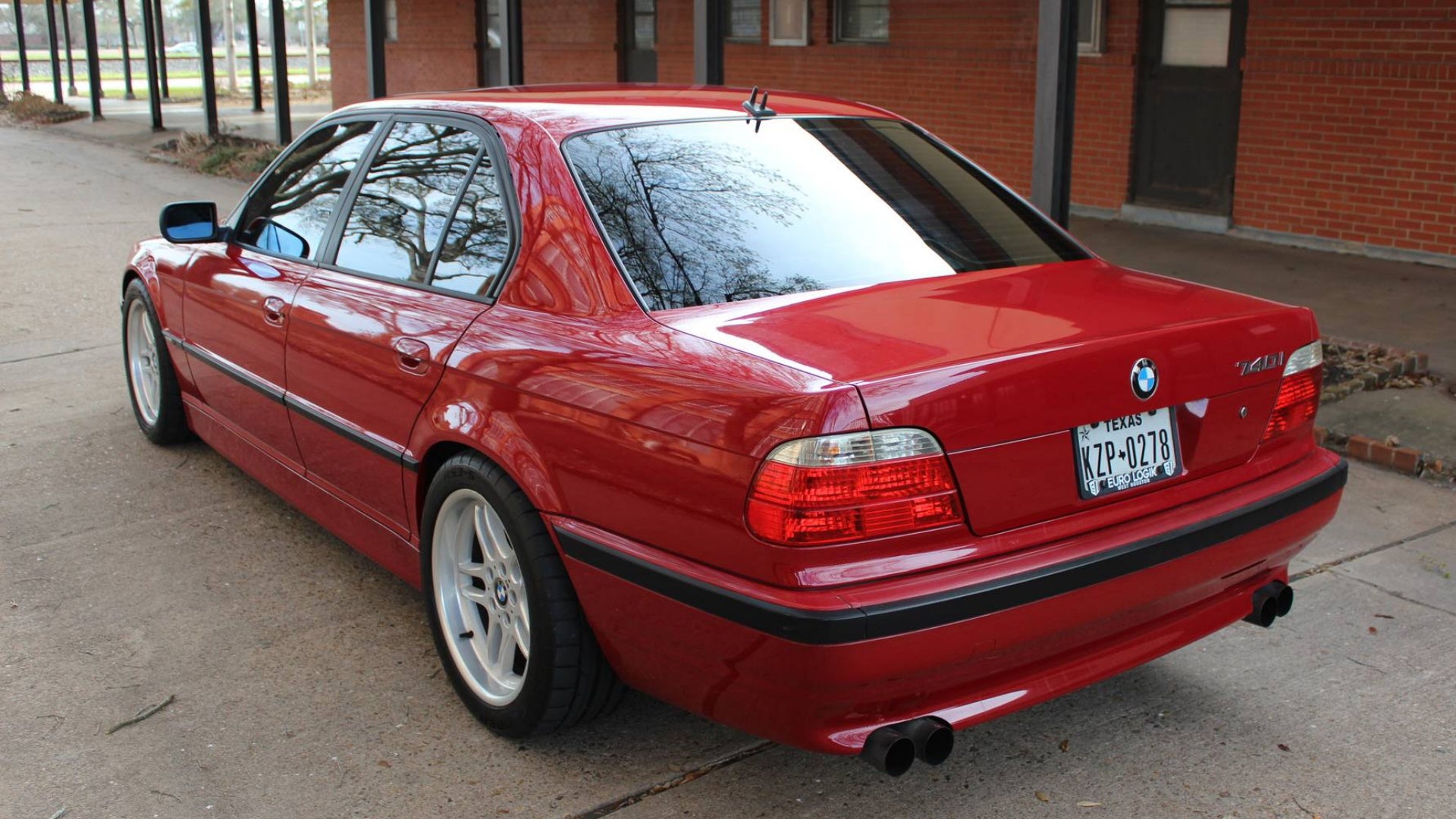 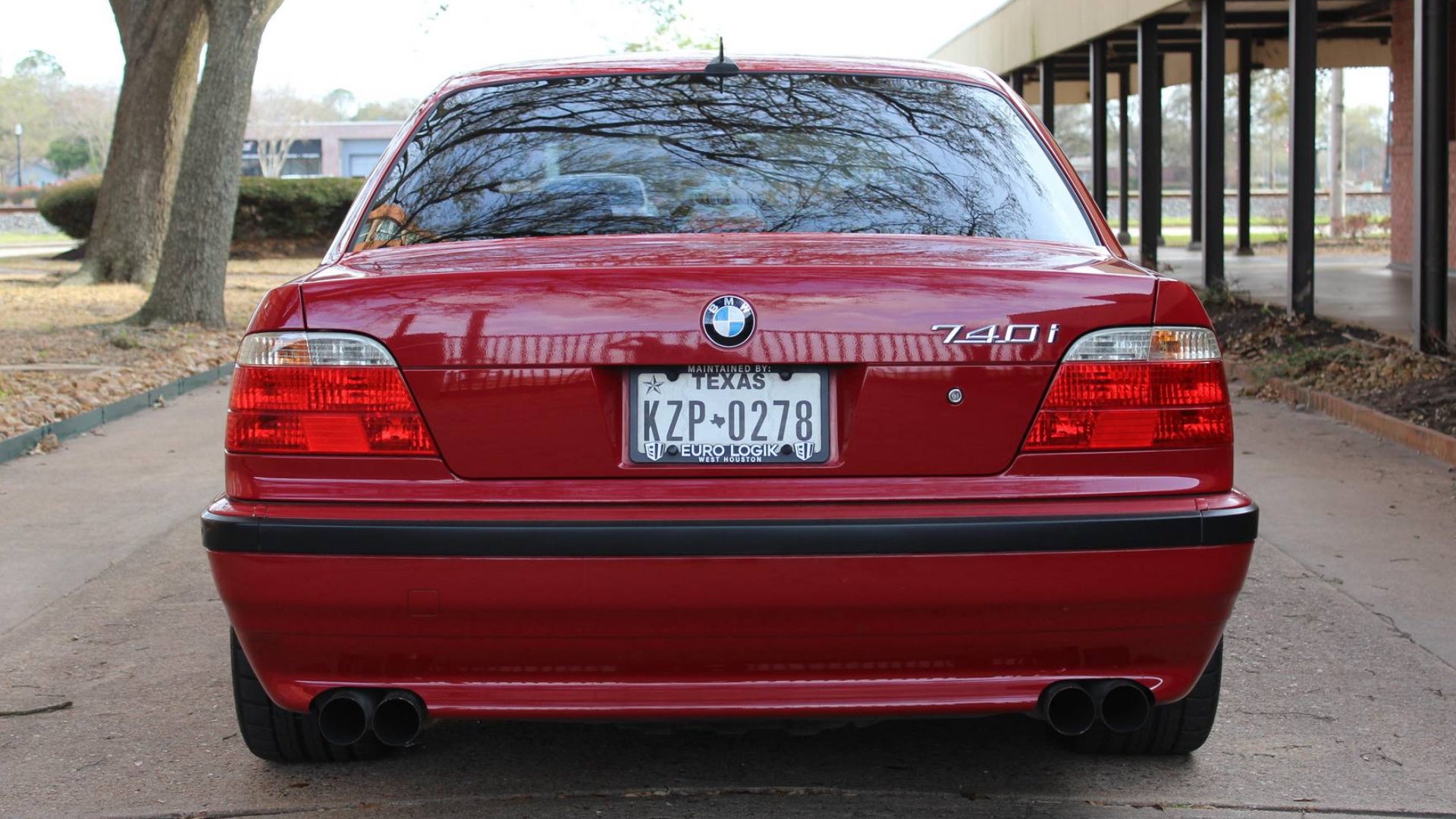 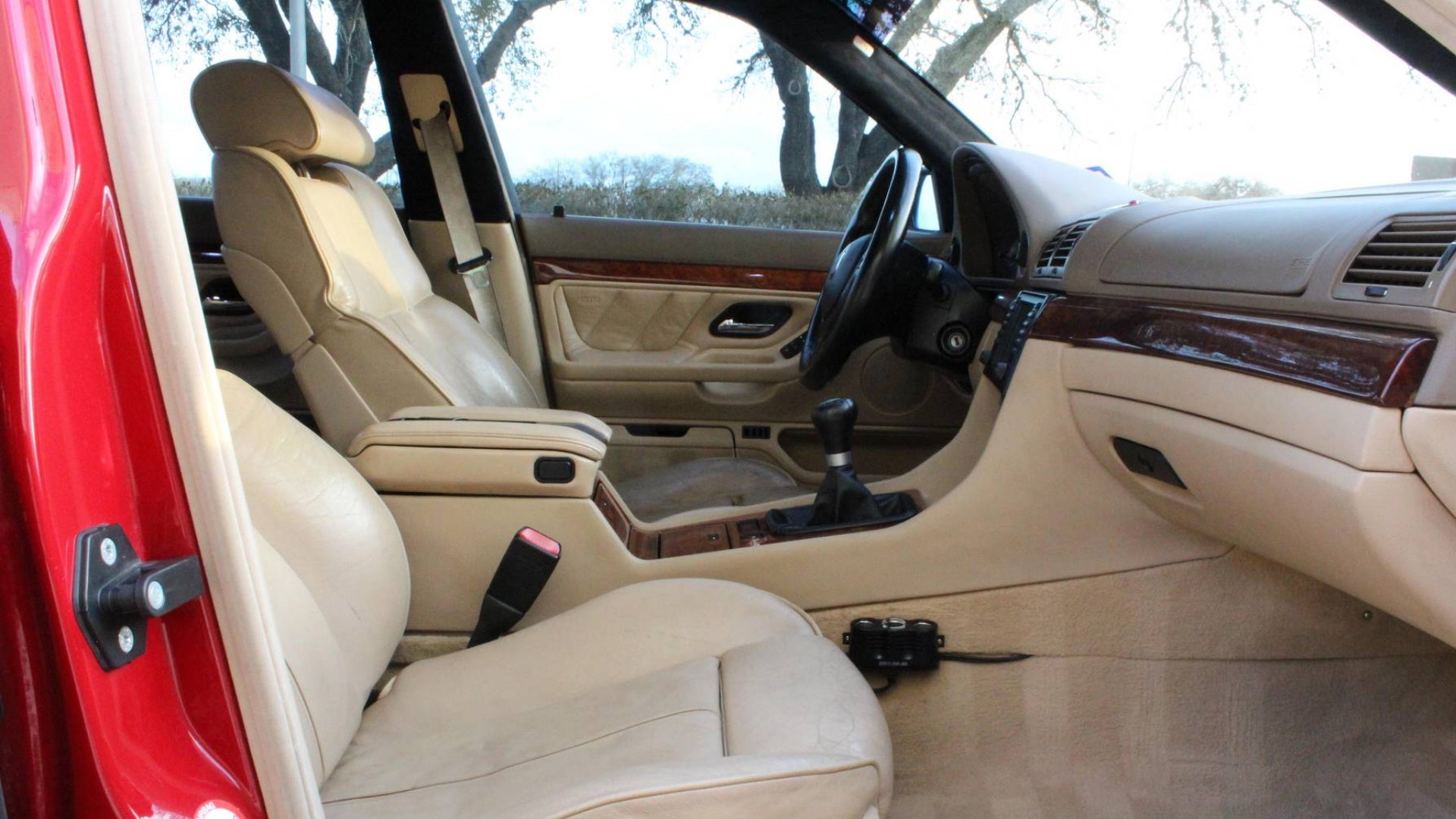 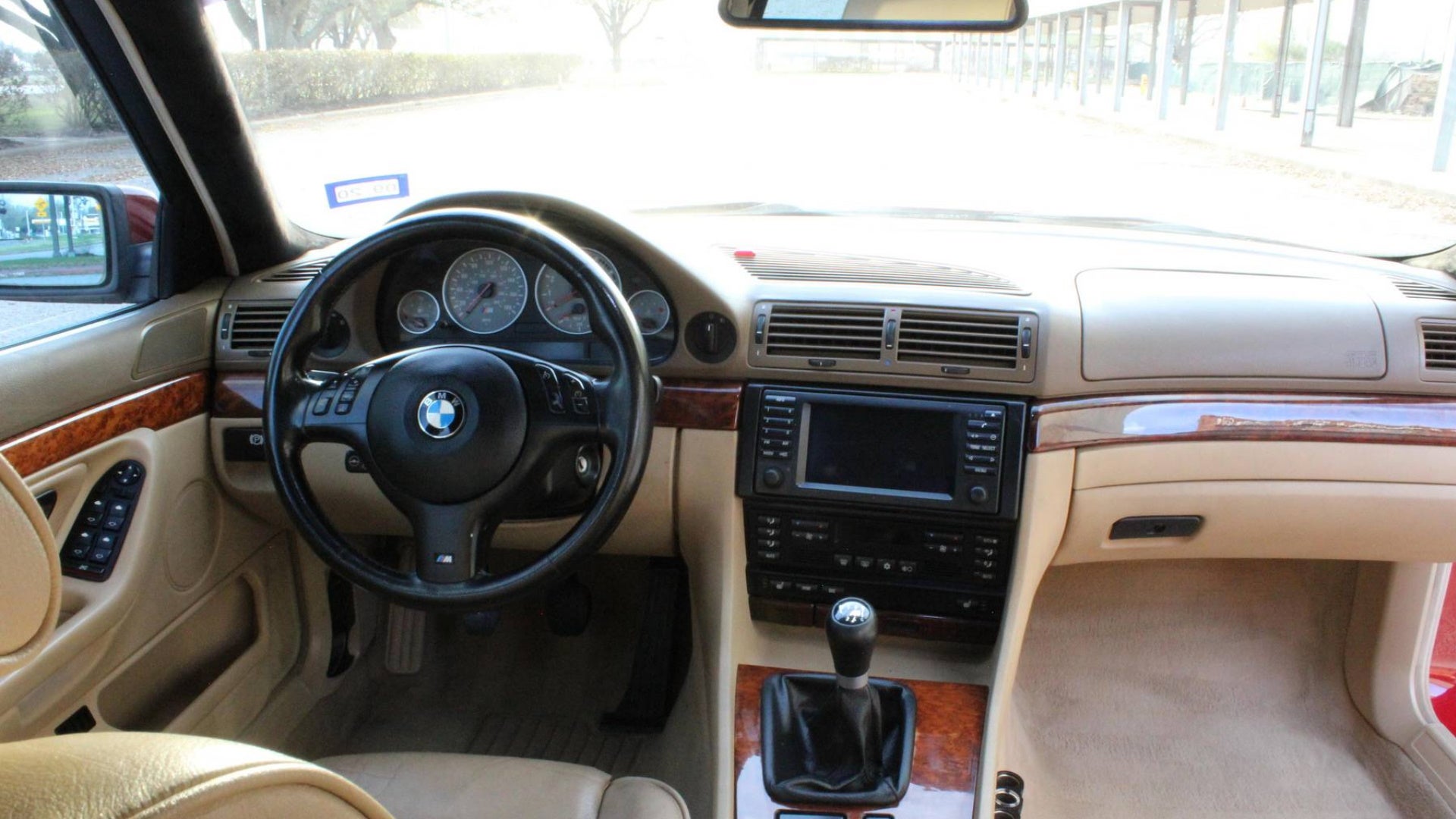 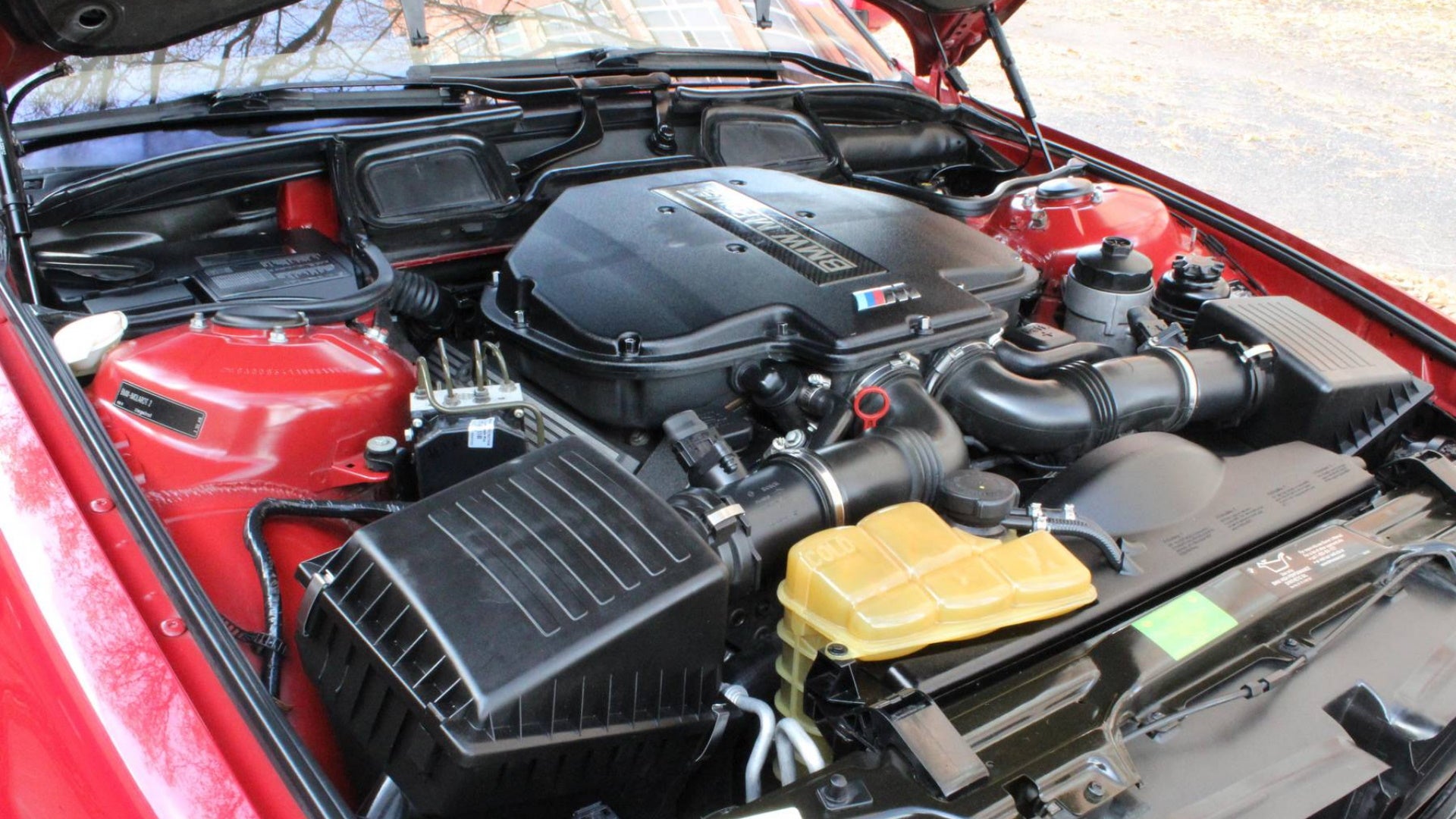 All of this being said, this car isn’t showroom perfect. After all, it’s 20 years old now. There’s a bit of minor paint bubbling in spots, the engine has more than 200,000 miles on it, a few parts of the interior around the back seats are a little rough, and the weatherstripping has certainly seen better days as well. It’s best to go through all of the 280 images in the listing before you pull the trigger on bidding here because while this car is probably the ultimate 7 Series ever made, it will still need some work to get into tip-top shape.

But who am I kidding, it’s an E38 with an M5 drivetrain swap. It appears to have been done right, and the combination of it being a short-wheelbase car in Imola Red with the M-Sport package also makes it super rare, if you’re into that kind of thing. If you want to own what is probably peak 7 Series, you’re just a bid away. The price currently sits at $18,000 as of publishing, but that’s bound to go up.