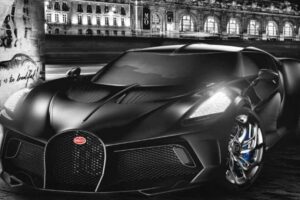 The one-off hypercar with six exhaust tips appears to be ready for prime time.

Shortly after unveiling the La Voiture Noire in March 2019 at the Geneva Motor Show, Bugatti admitted the one-off was nothing more than a rolling display shell equipped with an electric motor and a battery pack. At that time, the company’s head of communication, Tim Bravo, told the media it would take two and a half years to have the actual car ready to be delivered to its mysterious buyer.

Fast forward to April 22, the car was spotted near Bugatti’s factory in Molsheim likely undergoing final testing before being shipped to its rightful (and extremely patient) owner. It now appears the world premiere of The Black Car will take place at the end of the month. A series of cryptic teasers published on Instagram shows the unique W16 hypercar featured in a digital postcard. The series ends with the following message: “See you on May 31st, 2021.” 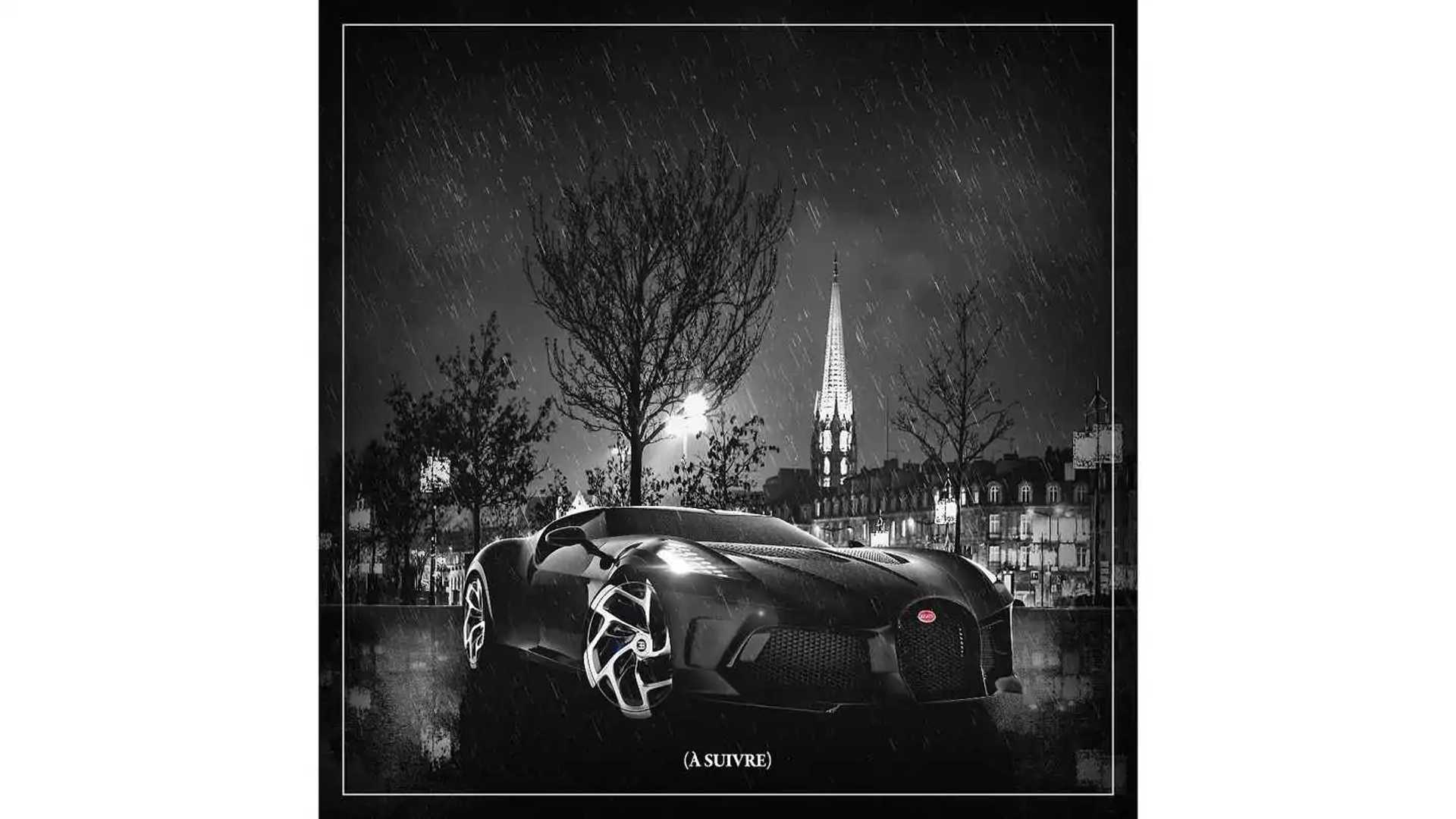 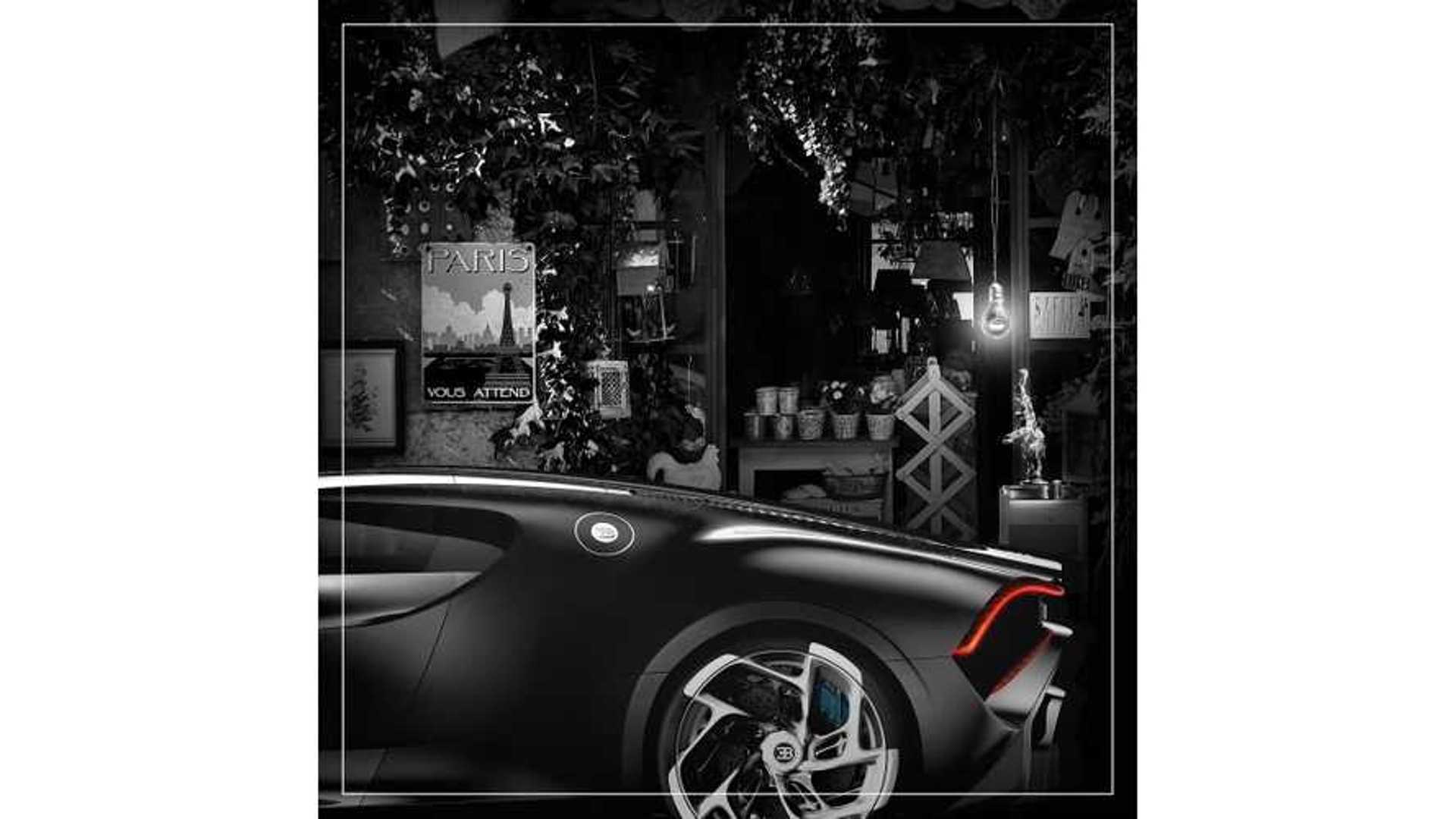 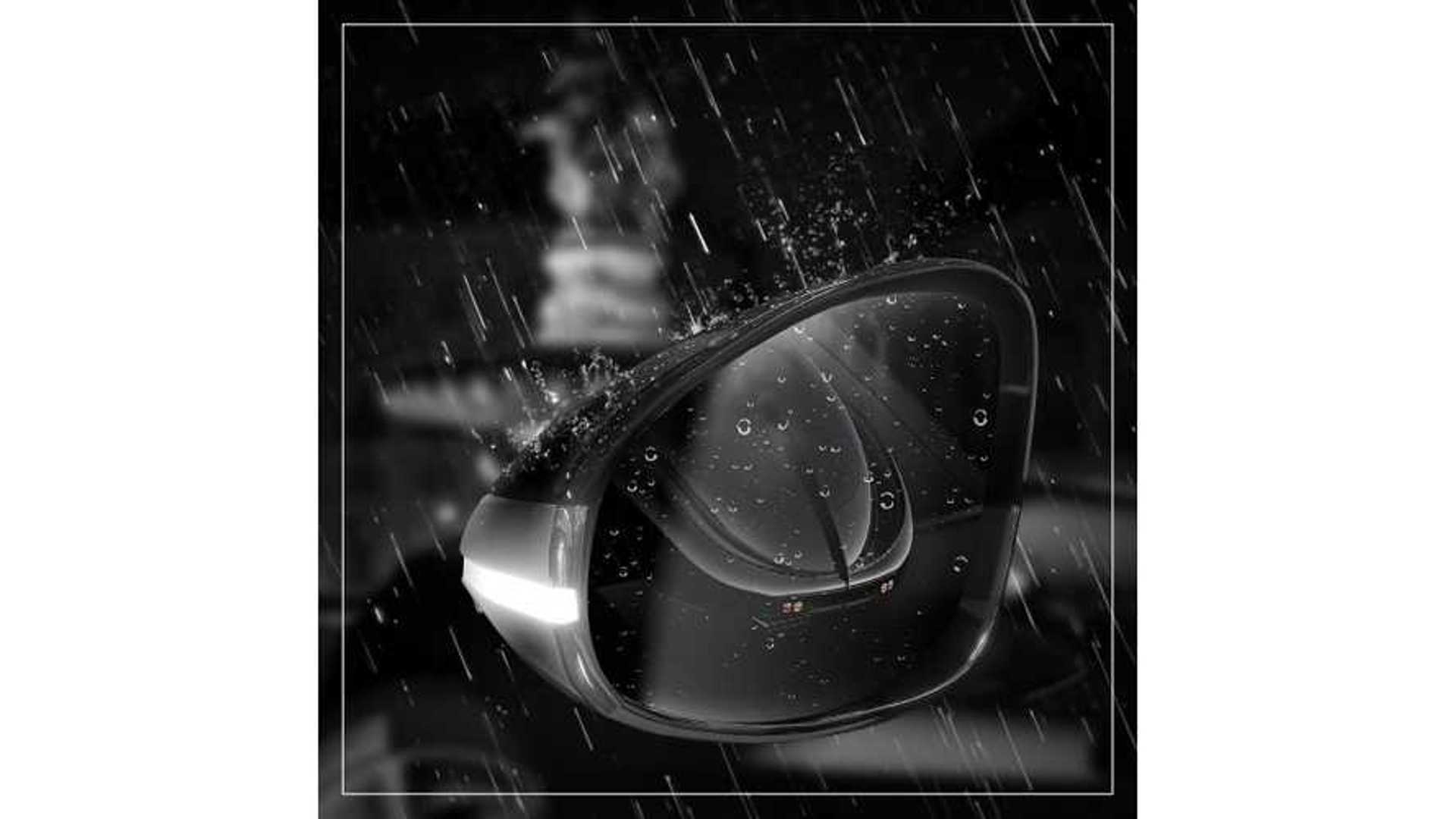 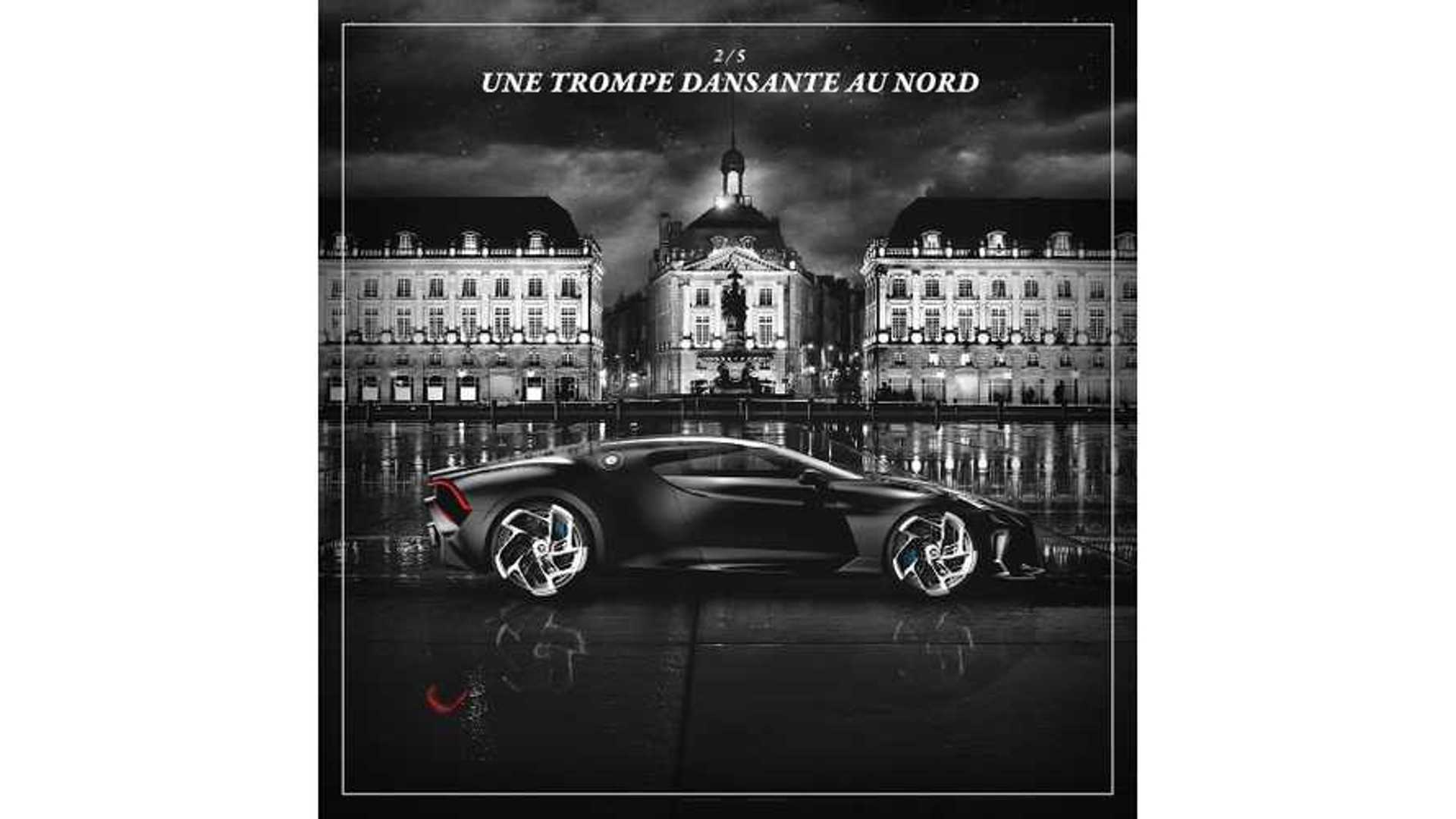 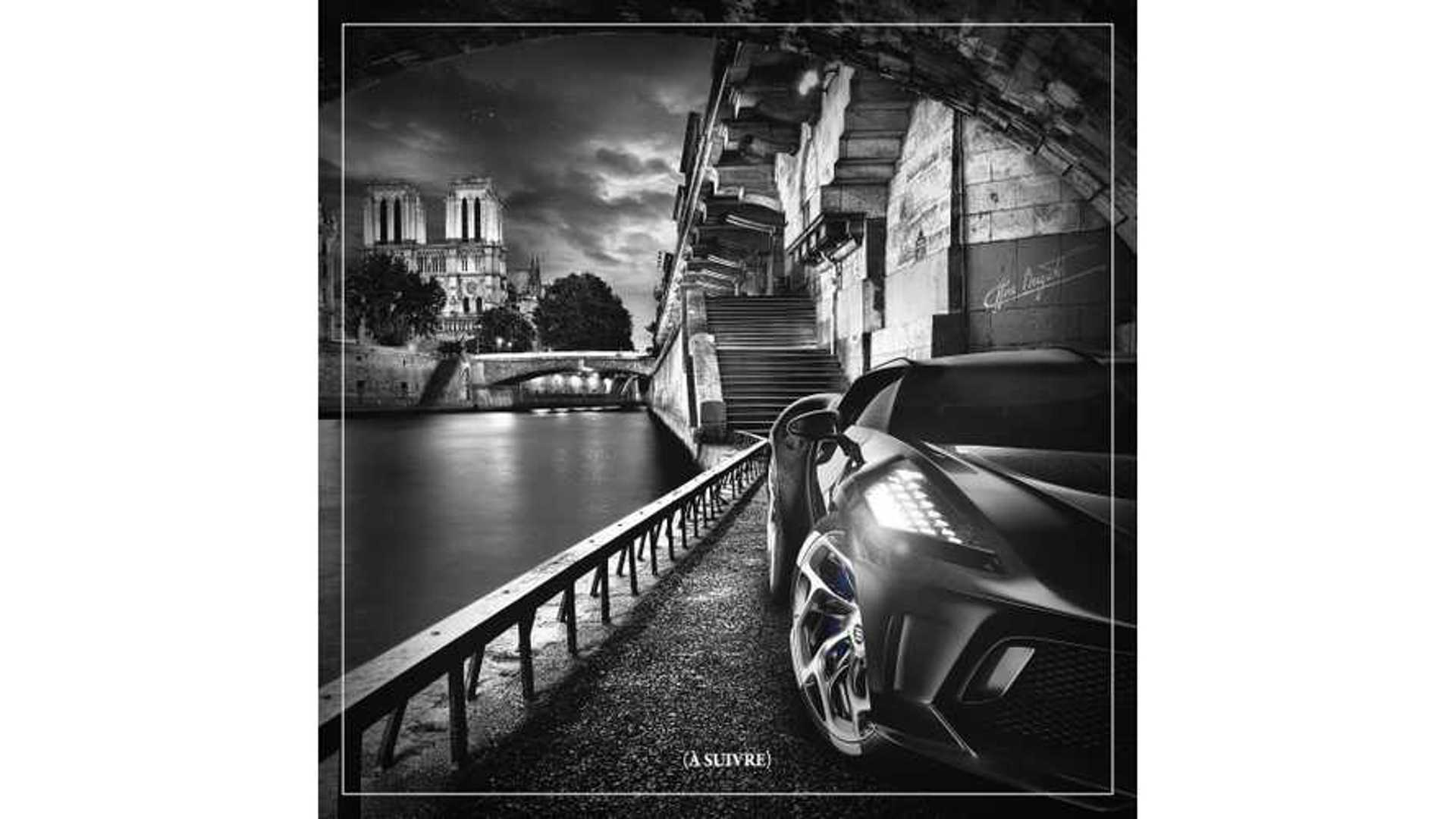 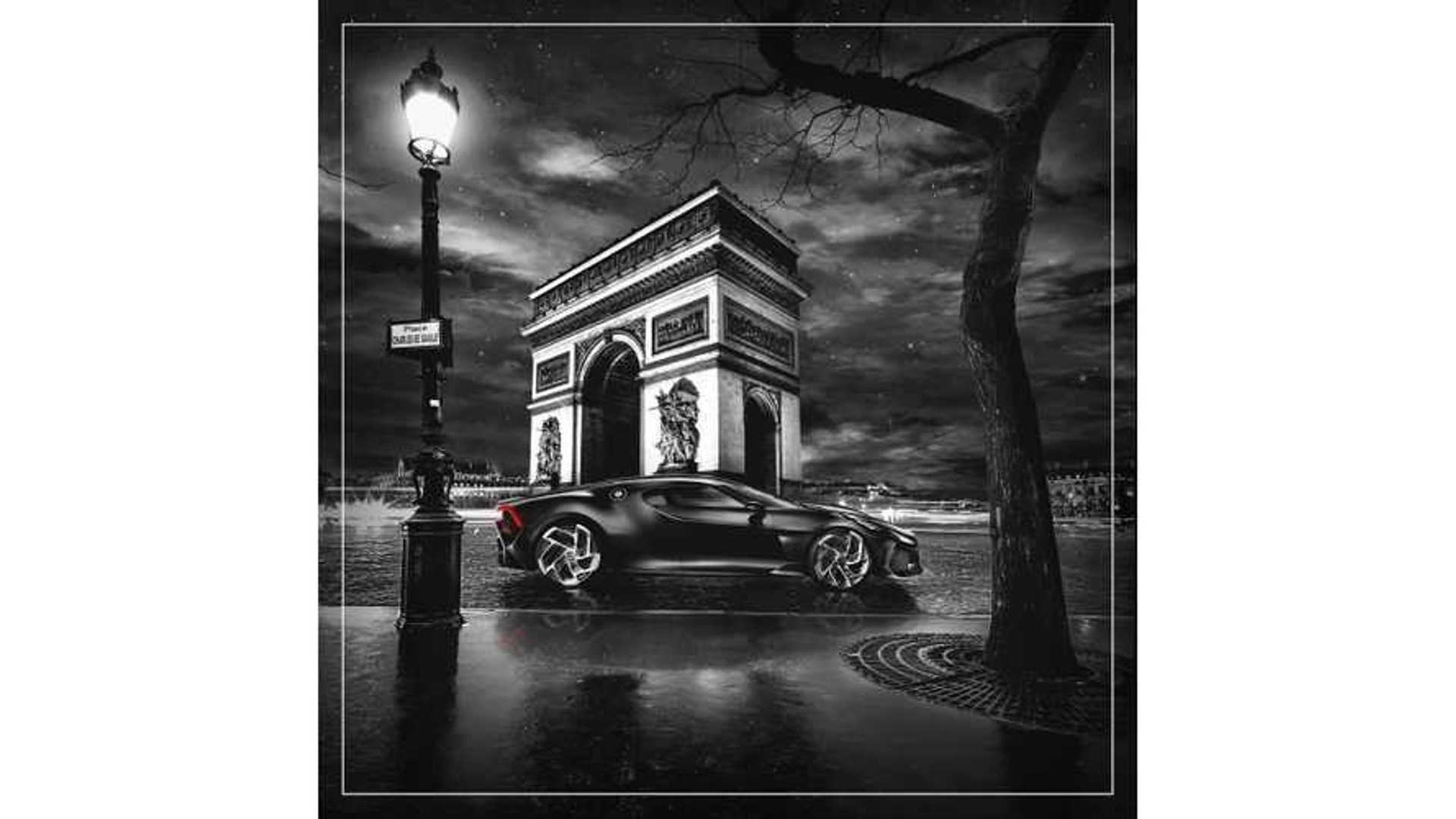 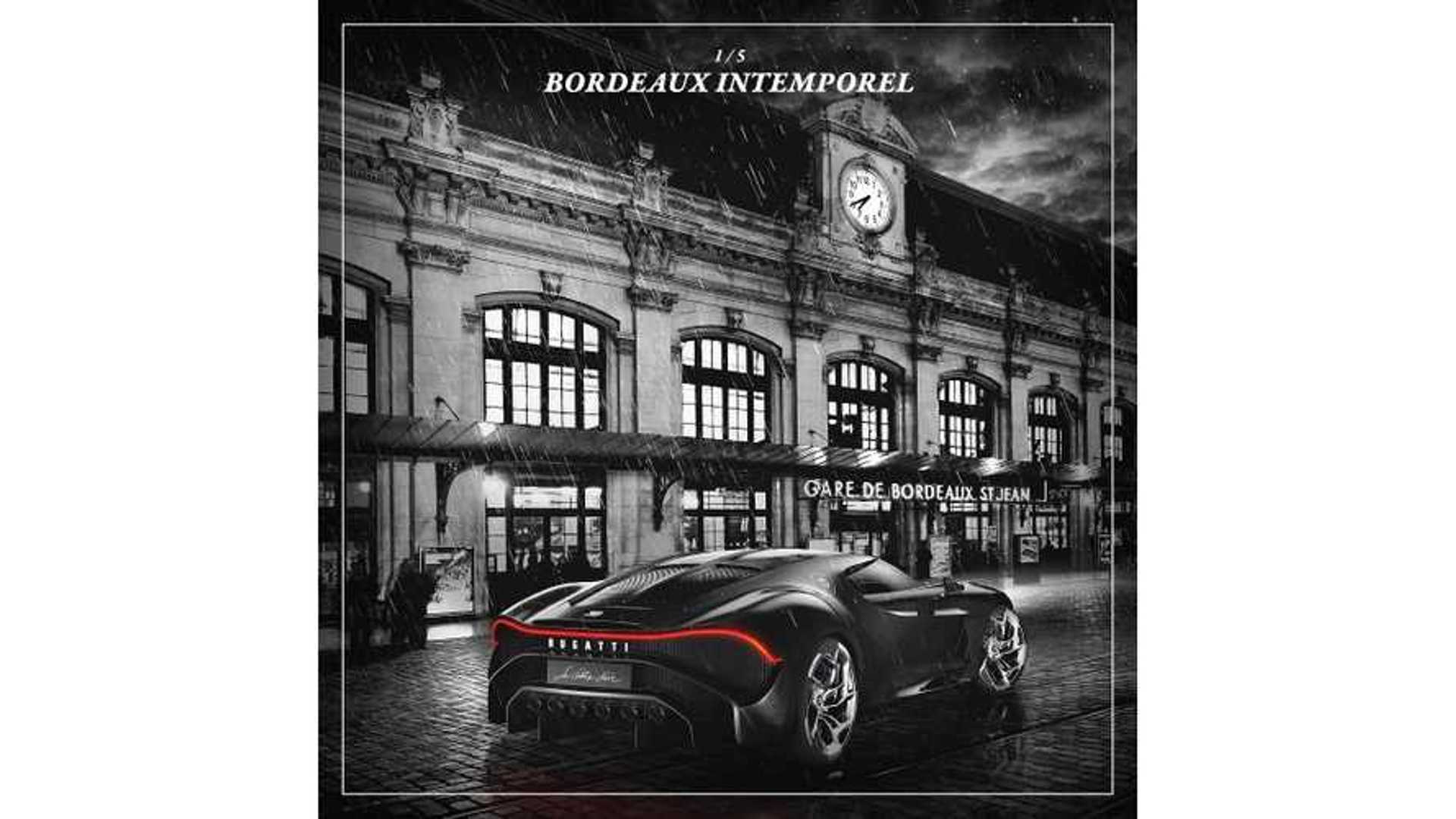 A tribute to Jean Bugatti’s personal Type 57 SC Atlantic lost during World War II, the La Voiture Noire is based on the Chiron and features a full carbon fiber body. The firm’s design director Achim Anscheidt told us during the Geneva show in 2019 that Bugatti had been toying around with the idea of an Atlantic revival since the late 2000s.

To our knowledge, it’s the most expensive new car ever, priced at an eye-watering €11 million before taxes. The identity of the La Voiture Noire’s owner remains shrouded in mystery more than three years after its world debut. Early reports had stated football star Cristiano Ronaldo as the owner, but that turned out to be false.

Bugatti followed up on the one-off homage with many special editions in the same vein as the Veyron got multiple derivatives in its 10-year life cycle. Of them all, the La Voiture Noire is the most exclusive in terms of pricing and availability. The only other Chiron-based creation that could reach this level is the Bolide, but the track-only machine is only a concept for now.