Home » Auto News » Booked an i10 NIOS, but bought a Maruti Swift: Observations after 950km

Booked an i10 NIOS, but bought a Maruti Swift: Observations after 950km 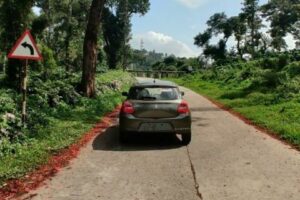 Considered most cars around Rs 8 lakh range, including the i10 NIOS, Tiago, Punch, Baleno and Amaze.

BHPian PrideRed recently shared this with other enthusiasts.

Was looking for a compact city beater car and picked up Maruti Swift ZXi AMT last week. Was scouting for cars in the range of Rs 6-8L, this one costed a bit more, thanks to availability.

After shortlisting a few cars, test drove some of them and booked Nios (and a soft one for Baleno, before Nios). Delivery time quoted was about 1 month but started getting delayed. Swift was initially dropped owing to the long waiting period and for being pricier. While waiting for Nios, was glancing through Swift’s brochure and a few things stood out – ESP and hill hold. While both had poor safety ratings, the Swift variant I was looking for scored better thanks to ESP, Hill hold, tethering for child seats and adjustable headrests. Nios has a smoother AMT and better features.

After the Kwid, was determined to not pick up a 3-pot again. While Tiago and Punch were nice, the engine left a lot to be desired. Baleno/Glanza were good but the variant I wanted was costing a Lac more(10L+). Amaze appeared good, however, did not like how it drove (Soft suspension) or its price and wanted something that was easy to drive.

Had taken the car to my hometown and ODO now stands at 950 km. Few quick observations:

I mentioned this in another thread, there is no perfect car in any budget that meets all your requirement. Under 10L now, you have to pick up a car that is reliable/efficient/refined but Unsafe or pick up something that offers poor driving experience but is safe. And more than all, most dealers don’t have cars to offer! I will stick to other cars in the garage for highway duties and Swift for B2B traffic, school drop and weekend shopping. For the intended usage, Swift so far feels perfect.

First-ever Grey car. Not a colour I generally prefer but looks ok now.