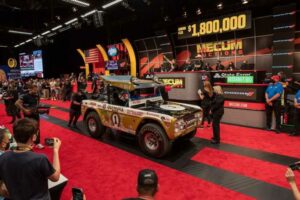 If every vehicle has a story, the 1969 Ford Bronco called “Big Oly” has a thousand of them. Raced by none other than Parnelli Jones and Bill Stroppe, this beast was named for sponsor Olympia Brewing Company and built to Jones’ specifications in Stroppe’s workshop. Creating Big Oly reportedly cost quite a bit of money, but not nearly as much as the selling price yesterday at Dana Mecum’s 34th Original Spring Classic in Indianapolis: $1.87 million.

According to the Off-Road Hall of Fame, Stroppe was a designer and racer who teamed up with Jones to win eight major races along with the U.S.A.C. Championship’s for the Lincoln-Mercury Division. After that string of triumphs, they formed the team that drove Big Oly to victory in the 1971 Baja 1000, 1972 Baja 1000, 1973 Baja 500 and 1973 Mint 400. Apparently, at first Jones was reluctant to race the Baja, so Stroppe intentionally provoked him by telling a mutual friend that “Jones wasn’t man enough for off-road racing.” The gambit worked; Jones wasn’t going to let that slide and his imagination was sparked to build the vehicle that smashed records its first time out. 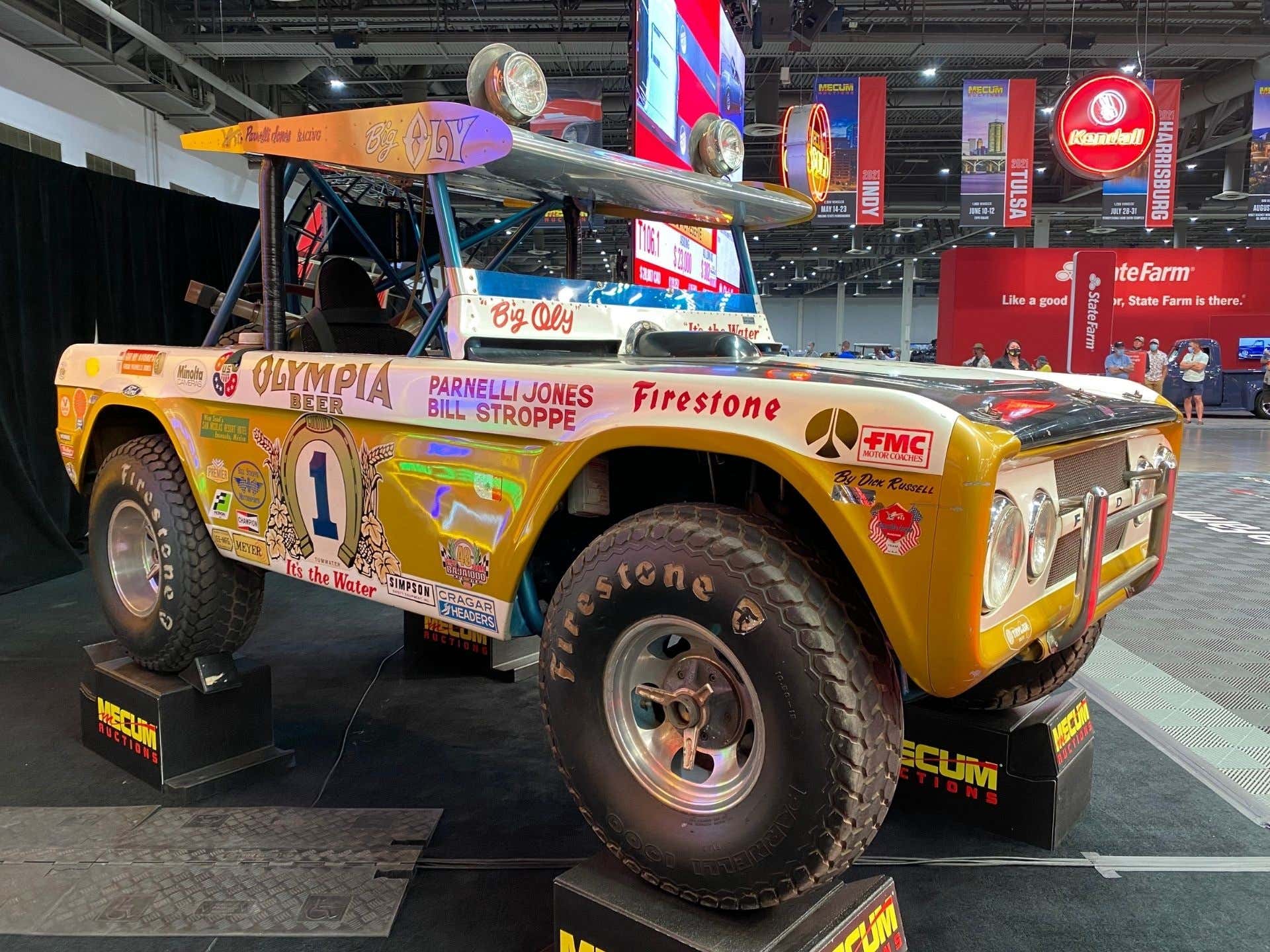 The “world’s most famous” Bronco is 154 inches long and 72 inches wide with a chrome moly tubing space frame. The lightweight-yet-beefy body is made of fiberglass with aluminum panels, designed to withstand the pounding endurance races for which it was conceived. Under the hood, a 390-horsepower Ford Windsor V8 provides the power, mated to a modified Ford C6 hydro transmission. Ninety-one octane is required, and two 22-gallon tanks run Big Oly for much longer than a stock Bronco. One of the many stickers festooned on Big Oly reads “I got my ‘Stones from Parnelli Jones” as a nod to the Firestone White-letter off-road tires.

“It was an honor for the Mecum family to sell Big Oly for Parnelli Jones here in Indy,” says Frank Mecum, the Vice President of Consignments for Mecum Auctions. “The winning bidder now owns a historic Baja champion purchased from one of the greatest racers of all time and the moment will forever remain part of Mecum Auctions history.”

The hammer price was $1.7 million and the buyer’s fee increased the total sale to $1.87 million. For that price, I have a feeling this vehicle is headed for a museum or display where it can be maintained and admired. Or, at least, I hope so. For decades, it has been in Jones’ possession, and the now-87-year-old racing veteran was in the front row to watch the auctioneers do their thing yesterday. I’m sure a lot of memories were flashing through his mind and the sale was bittersweet. 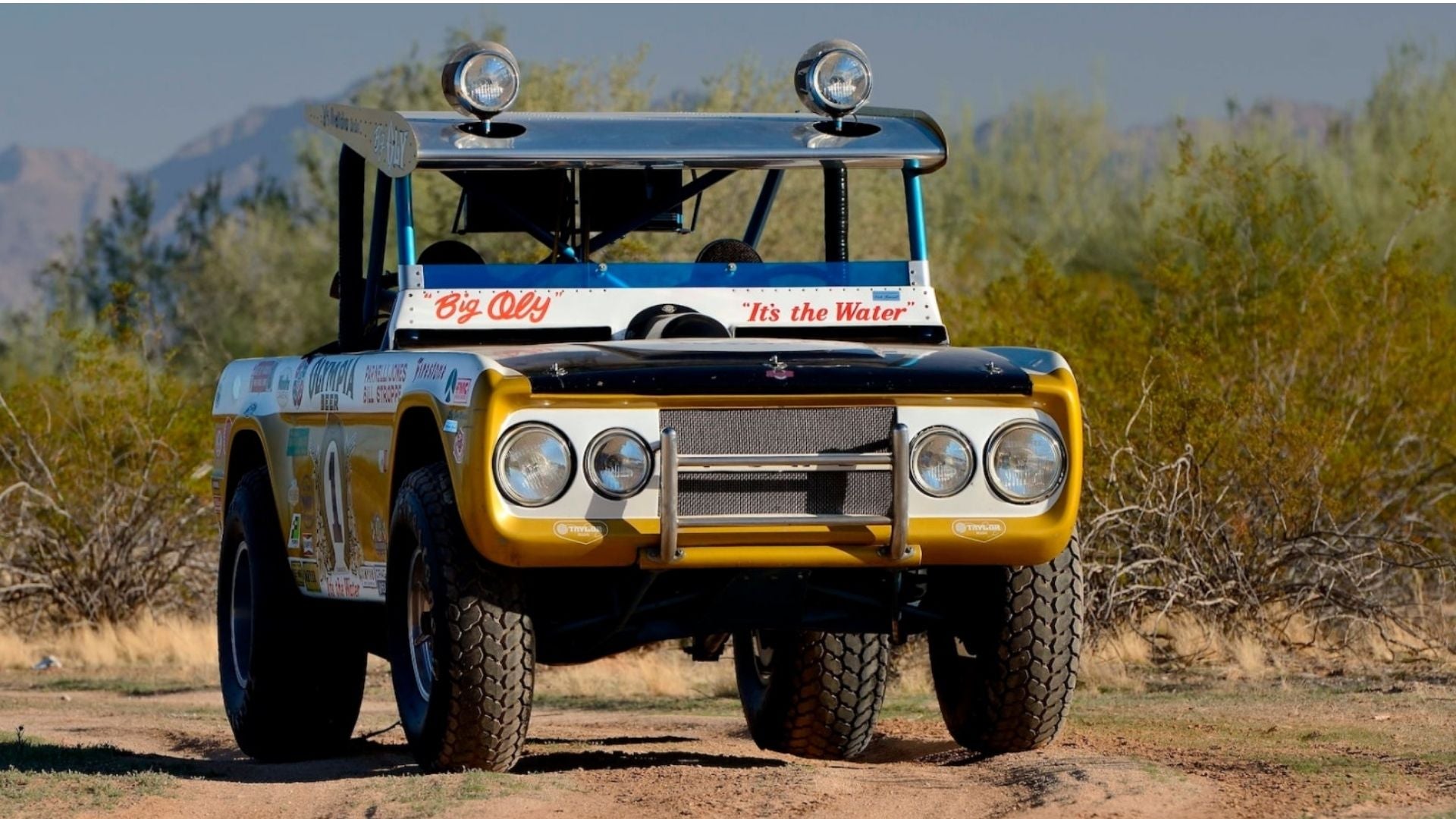 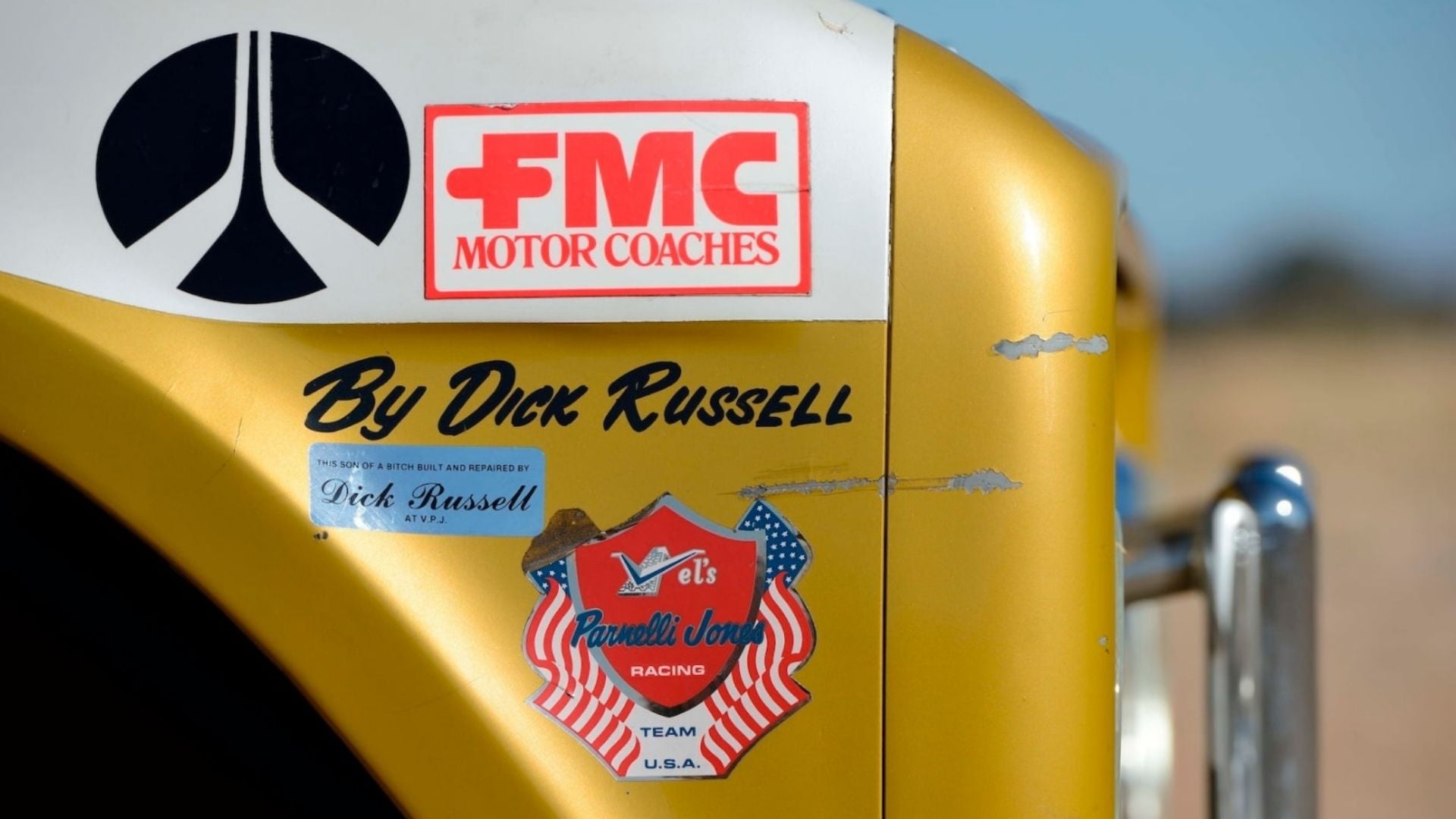 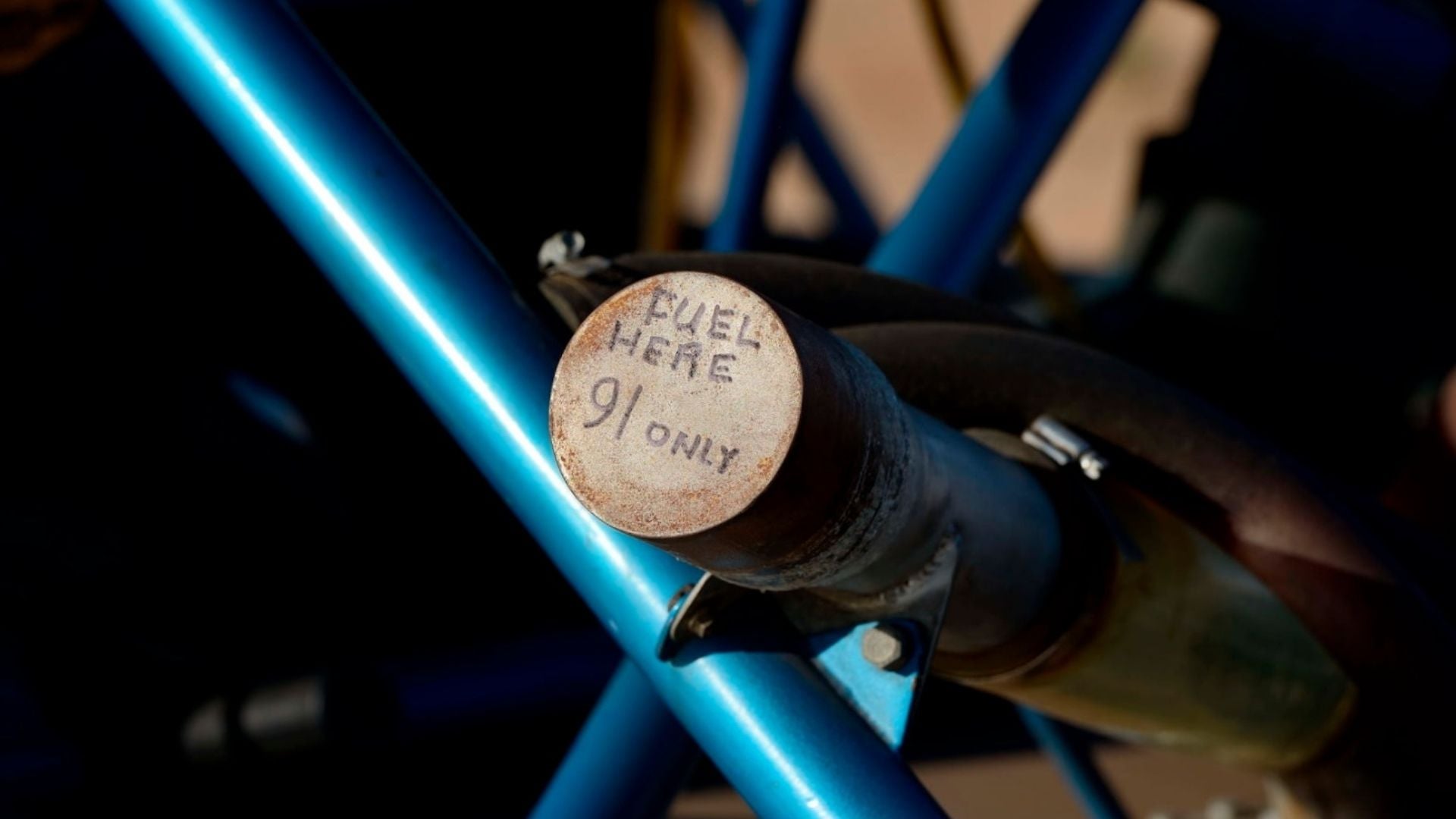 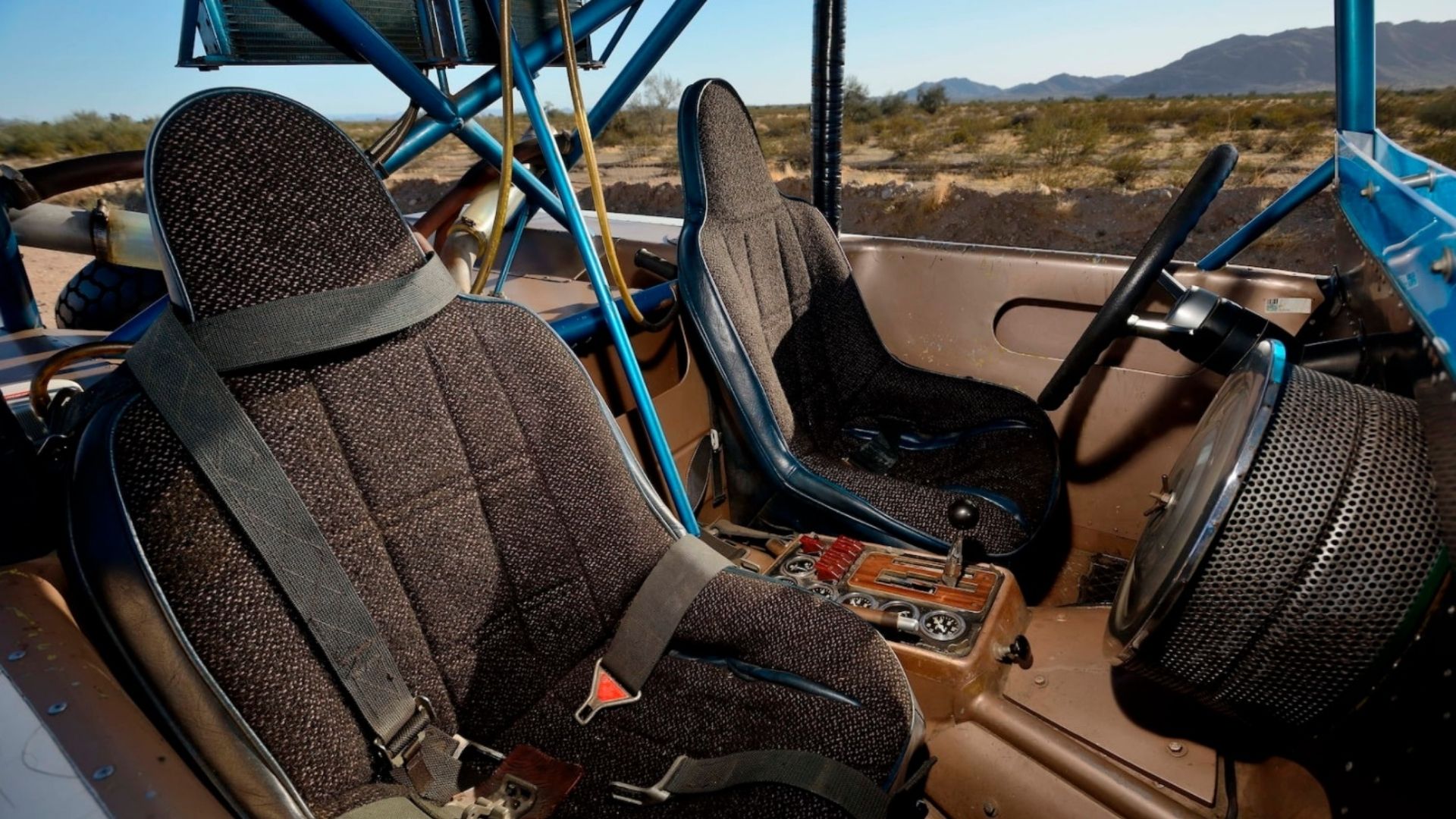 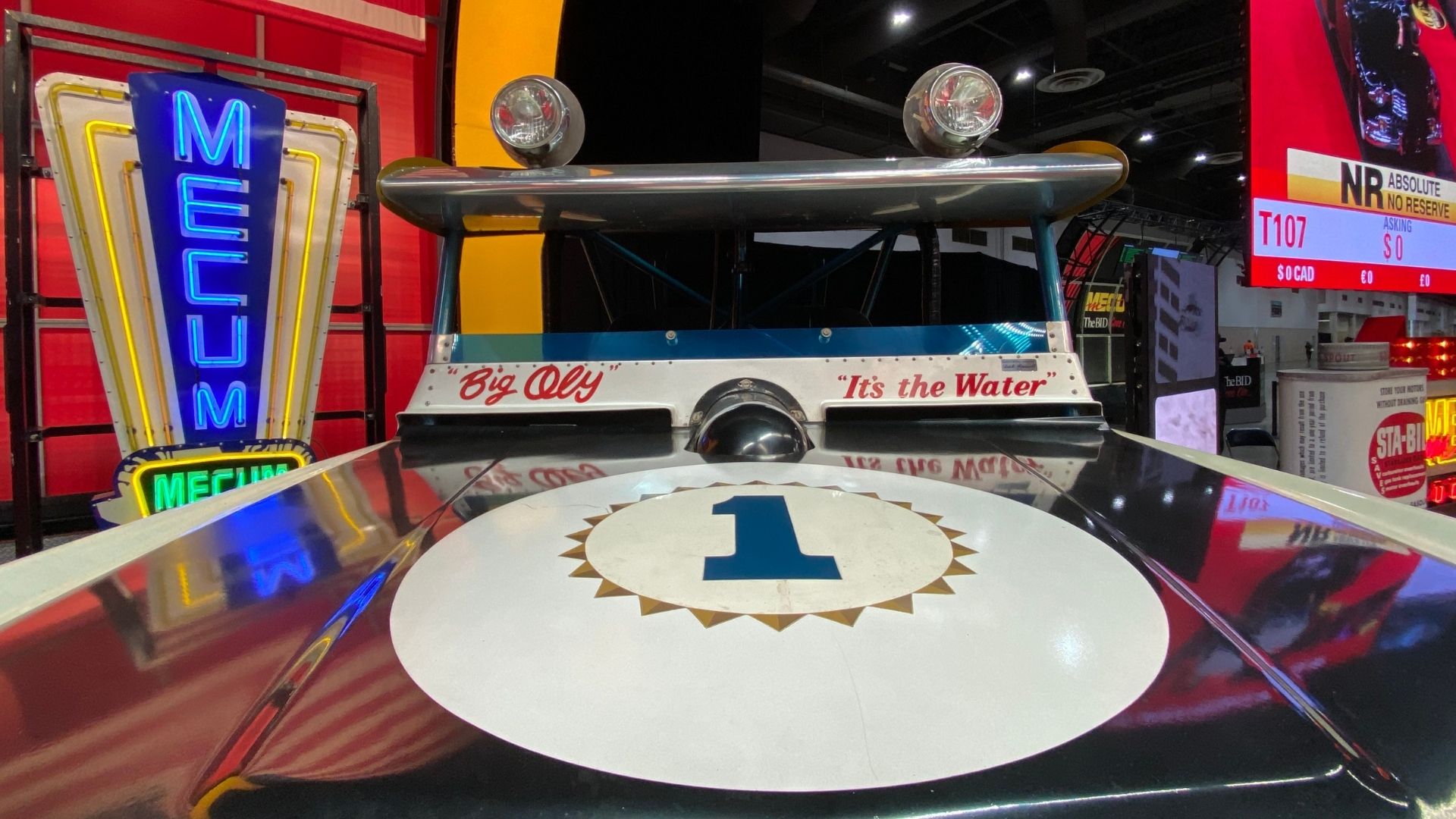