Along with pretty much everything else in this crazy mixed-up world of ours, motorsports doesn’t really know what is going to happen in 2020. Races have been canceled or delayed and motorsports executives are making plans then tearing those plans up and making new ones, over and over again. You’re probably doing the same thing in your life.

But that doesn’t mean some parts of motorsports—and life—can’t go forward more or less as usual. Witness Papadakis Racing, the winningest team in Formula Drift history with three titles. This morning the team pulled the covers off its two new cars for the 2020 season.

Wait, you say, two? Sure you knew about Fredric “The Norwegian Hammer” Aasbo’s 1,000-hp Supra. You may have been one of the millions—yes, millions—of fans who watched the series of videos shot as first the engine, then the car, were torn down and built back up as race cars. Team owner Steph Papadakis himself narrated all those videos in his straightforward, informative manner, and fans loved it as they learned about the intricacies of the engine and watched in amazement while the stripped-down Supra body was dipped in acid to lighten it up (you could almost hear the screams of the remnant insulation and paint as it went in. “Heeeelllllp MEEEEeeeeeeeeee!”). 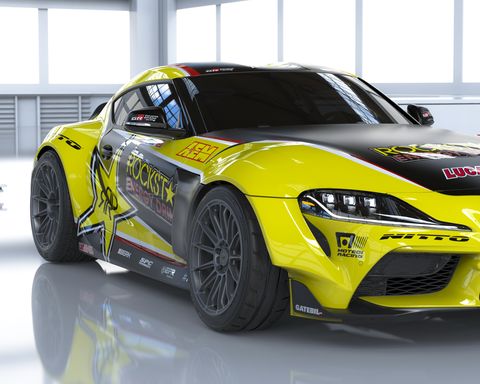 But no one—no one!—anticipated that 14-time podium finisher Ryan Tuerck would be joining Papadakis Racing in another Toyota.

“It’s been really hard to keep this under wraps for so long,” said Tuerck. “I got a taste of the Toyota Corolla Hatchback over the past year while I drove a detuned version of the Papadakis Racing car in demo events. It’s a blast, and I couldn’t be more excited about the competition potential of the platform.”

Tuerck had been driving a Toyota 86 in Formula D, so maybe it wasn’t too much of a stretch to see him join Papadakis Racing and inherit the Aasbo Corolla.

“It’s going to be great having Ryan working with us this year,” said Aasbo. “You never want to meet your teammate in tandem, but we’ve had some great battles over the years, and it’s going to be a heck of a matchup when it happens now!” 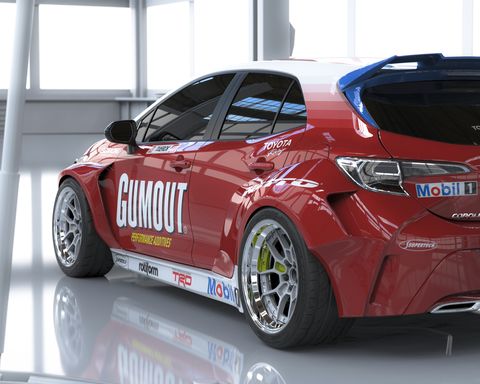 The Corolla hatchback is the same car Aasbo drove last season to a second-place finish (could easily have been a first-place finish had he not been taken out in one of the rounds by the teammate of the eventual champion, but that’s another story). The chassis has been updated with customizations specifically for Tuerck like a sequential transmission and a different suspension.

“The team will continue to evolve both cars as we get into the season,” read a team statement.

In addition to being a top-tier driver with more than a dozen career podiums, Tuerck is a leading social influencer with a social media fanbase of over a million followers. In the highly engaged world of Formula D, that counts for a lot among sponsors.

“It’s really exciting for all of us at Toyota to see Fredric and Ryan together on the same team for the 2020 season,” said Paul Doleshal, group manager of motorsports and asset management for Toyota Motor North America. “Once the season begins, we feel Papadakis Racing will be a championship contender for Toyota with Fredric behind the wheel of the Toyota GR Supra and Ryan fielding the Toyota Corolla hatchback.”

But there’s that qualifier again: “once the season begins.” Formula Drift already had to cancel the first round of 2020 at the same time the Acura Grand Prix of Long Beach was axed. FormulaD.com currently says the season will open May 8-9 at Road Atlanta.

“It has been a difficult start to 2020, to say the least,” said Jim Liaw, president and co-founder of Formula Drift. “However, we’re confident that with great partners, competitors and staff, we will soon forge ahead with the season, which is anticipated to be the most competitive ever and will feature the best of the best from around the world. If there is a silver lining to the announcement (about the Long Beach cancellation), it’s that the delayed start to the season may allow the European teams affected by the EU travel ban to make it to Road Atlanta and complete the full season.

“While we’re obviously all disappointed that the opening round has been postponed, the health and safety of FD fans, partners, teams, vendors, media and staff remains our top priority. We hope that these precautions against COVID-19 coronavirus will allow us to tackle this challenging situation.”