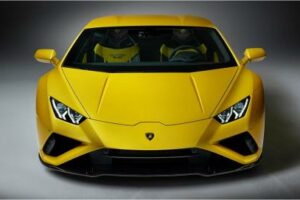 According to a media report, South Australia’s Premier, Peter Malinauskas has proposed a new licencing scheme for supercar owners.

As per the new scheme, owners of “high-powered super sports cars” will have to undergo additional/specific training, before being allowed to drive such vehicles on public roads. The scheme also includes a ban on disabling traction control on said “high-powered vehicles”.

The changes in the road safety law are said to be a direct result of the death of a teenage pedestrian who was hit by a Lamborghini Huracan outside a restaurant in Glengowrie, South Australia in 2019.

Malinauskas stated that the use of such high-powered supercars requires a high degree of driver competency and this should be tested before allowing a person to drive or acquire such a car. He further added that the special licencing will only be in place for those who want to drive an elite, high-powered sports car. Also, the new scheme is just to ensure that the driver has the ability to handle such a high-powered car in a way that doesn’t compromise the safety of other road users and pedestrians.

Reports suggest that Malinauskas is said to introduce these reforms in parliament by the end of this year.