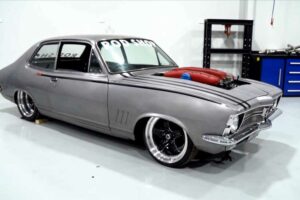 Australia is sort of like the Galapagos Islands in the automotive world; a distant island where unique creatures evolved in their own special way. The Holden Torana is one such vehicle, with the mid-sizer becoming a muscle car legend in later years. The team at the Castlemaine Rod Shop have long fettled their own Torana by the name of Real Deal, which was due for a new motor. In this case, only a Ferrari V12 would do.

Real Deal is an LC-model Holden Torana GTR, which were originally built from 1969-1972 with a straight-six engine producing less than 150 horsepower. The car itself was unfortunately stranded after a visit to the US due to the pandemic last year. In amongst the commotion, the supercharged big block V8 was pulled out and sold to Cleetus McFarland before the car was shipped back to Australia. This left the engine bay with a gaping hole, ready to be filled with something new. 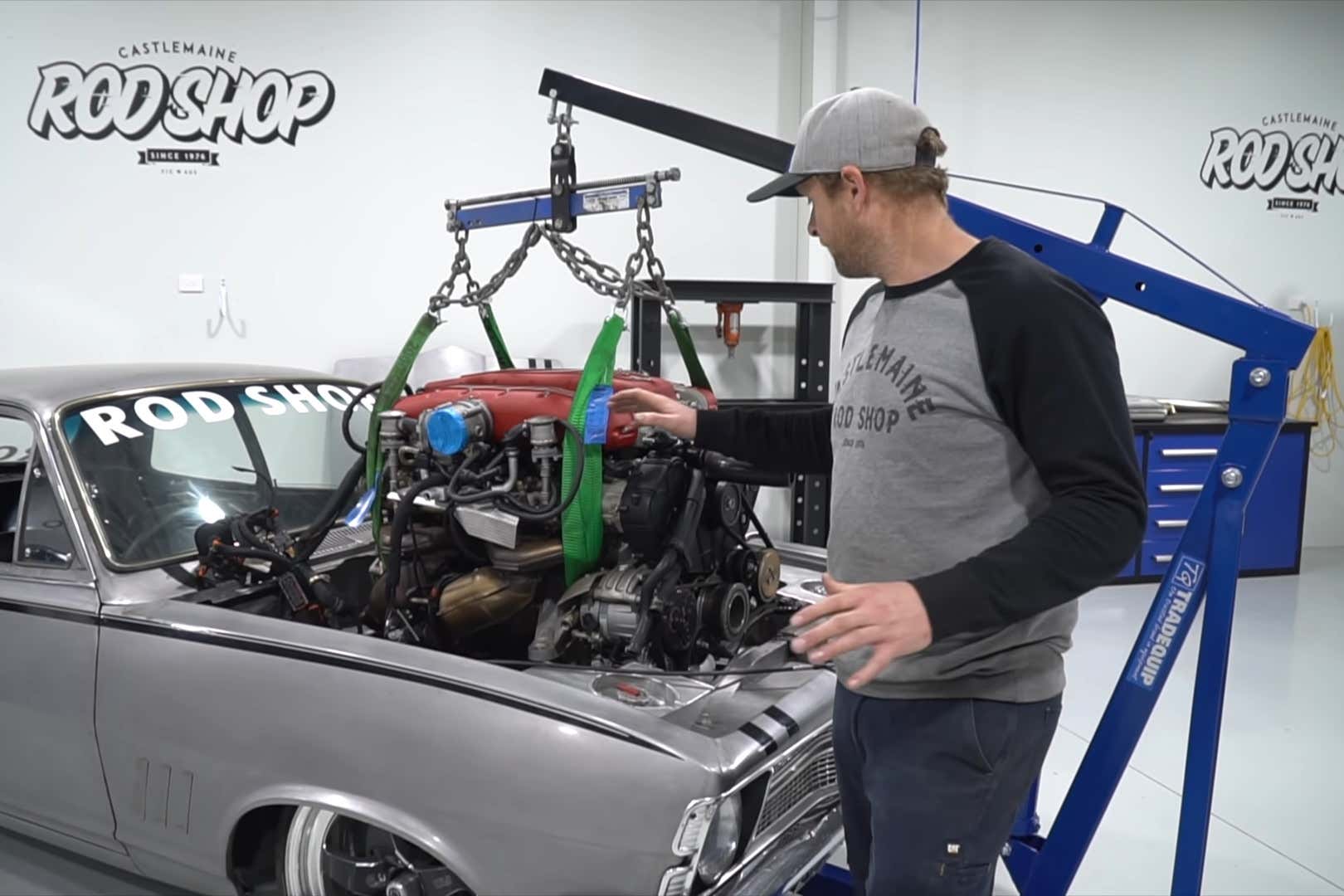 Of course, just about everything that can be done with a V8 has been done in Australia; if you want to stand out, you’ve got to do something radically different. The V12 engine from a Ferrari 612 Scaglietti is plenty different enough. The 5.7-liter Tipo V12 puts out 533 horsepower at 7250 rpm and 434 lb-ft of torque at 5250 rpm. The loud wail of twelve Italian cylinders breathing through dual overhead cams is a big departure from the usual V8 rumble one would expect from an Aussie muscle build. 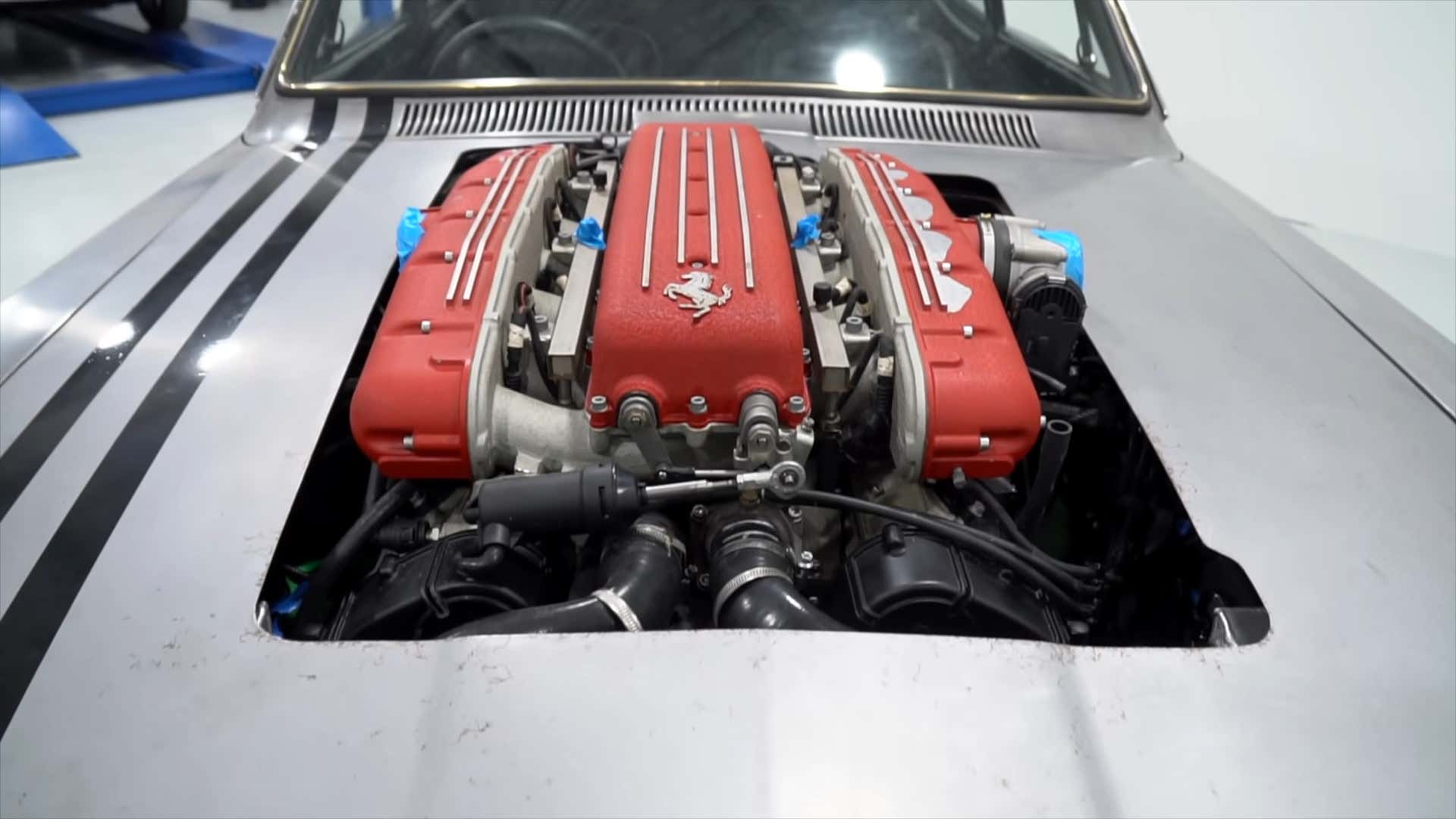 The swap is not without challenges, of course. There’s no such thing as a drop-in V12 swap kit for Ferrari engines—or Toranas, for that matter. Everything is being fabbed up from scratch for the unconventional combination. The front crossmember has been completely reworked to fit the engine nice and low in the chassis, while still allowing room for the steering rack to fit up front. The stock dry sump on the Ferrari engine is a big help in this regard. Even sitting as low as it will go, the engine covers, looking resplendent in their red crackle paint, proudly crest the cutout in the hood. 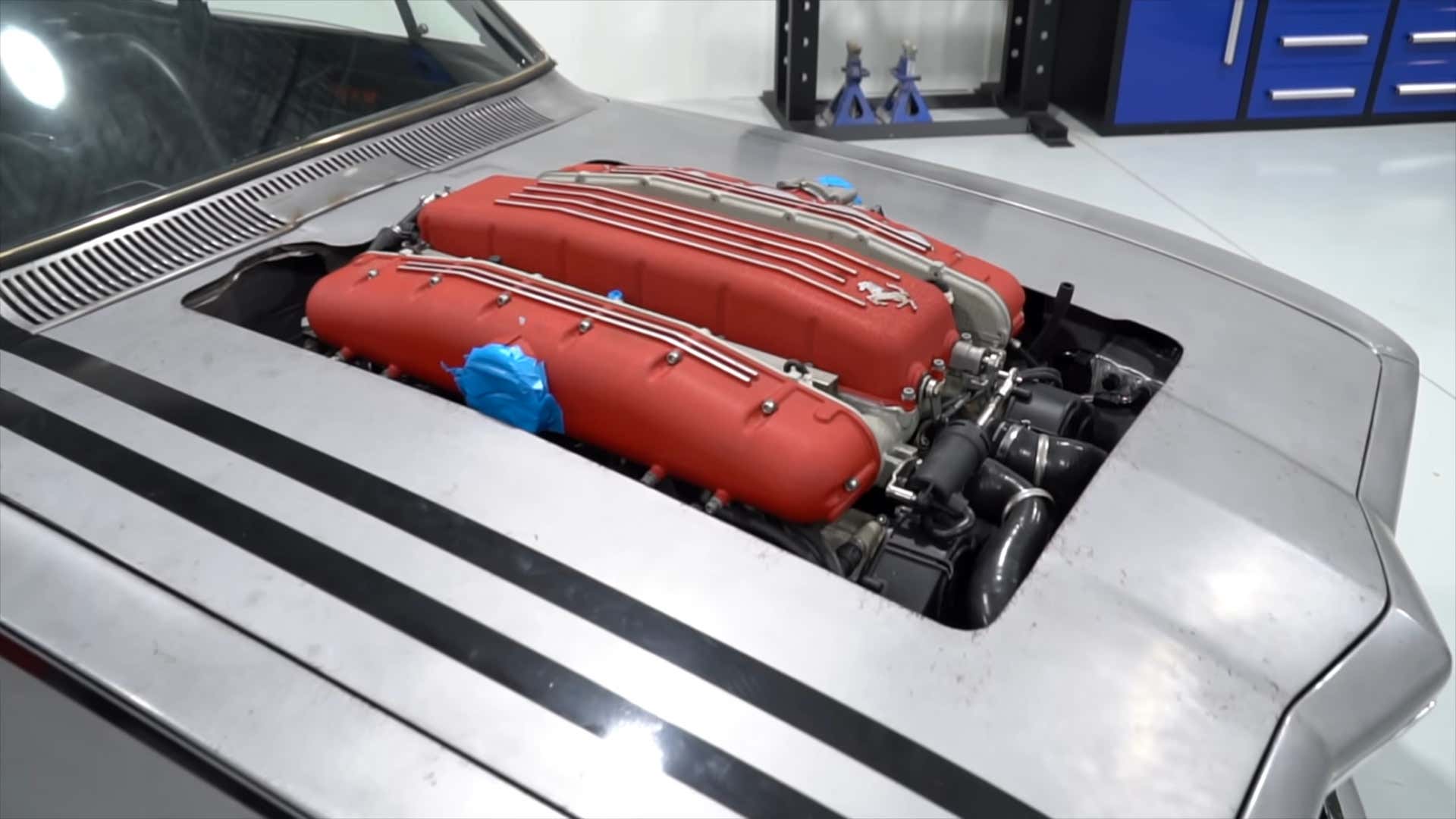 Next job on the list for the swap is getting the engine to play nicely with a Powerglide automatic transmission, chosen to make the final build more of a cruiser than an outright drag weapon. It takes some doing, as the engine was only ever used with manual gearboxes in Ferrari applications and has sensors on the flywheel that need to be accounted for. We can’t wait to hear the Torana shriek with 533 Italian stallions at full tilt; our only regret is that the coilovers were pulled out and swapped for airbags, with Real Deal unlikely to hit the track. That said, with such a thoroughbred motor under the hood, maybe that could change in time.

Ferrari swaps are rare enough that they can become legends in their own right; the Jerrari is a particularly relevant example. As the Internet hype machine forces content creators to work harder for attention, we’ve started to see more over the years, too. Time will tell if this mighty V8 Holden from Down Under is truly the real deal.