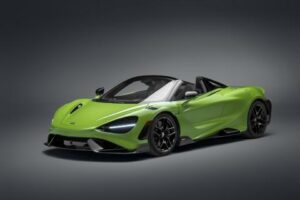 Audi is said to have purchased the British supercar brand, McLaren. According to a media report, the deal gives Audi complete control over the whole group, including McLaren’s F1 division and McLaren Applied – specialising in electrification systems for road and track.

The change of ownership helps secure the future of McLaren which has been under heavy financial pressures. The takeover also gives Volkswagen Group (which owns Audi) a direct entry into Formula 1. The Volkswagen Group has previously held discussions regarding its possible entry into the sport in 2025. The purchase also opens up opportunities for Audi to supply powertrains to the McLaren F1 team – currently using Mercedes-AMG engines.