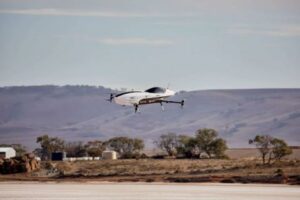 The unmanned flying race car unveiled earlier this year is said to be controlled remotely via a simulator, mimicking its dynamics & ergonomics. The flying car, manufactured by Alauda Aeronautics took its first flight in Southern Australia.

The maiden flight by the Airspeeder EXA is a precursor to the upcoming global flying racing series. The company stated that the first year of the racing series will act as a technical test-bed for the 2022 season, which Airspeeder hopes will be a manned flying race car series.