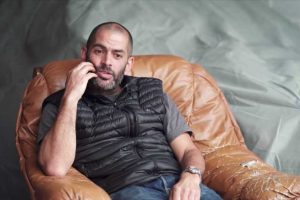 Getting to host a show like Top Gear is the kind of opportunity people dream of. Following the act that was Clarkson, Hammond and May, however, has proven something of a nightmare for the BBC, which has since the show’s 2016 reboot trialed no fewer than eight new hosts. Thus far, the only new blood to endure multiple re-castings has been renaissance wheelman Chris Harris, whose ability to convey infectious giddiness at opposite lock has made him the show’s only staple. But as brilliant a host as Harris is, he’s not his predecessors, and to some people, that isn’t enough.

During a recent interview on YouTube car show The Late Brake Show, Harris opened up about mental health issues he has faced stemming from his role as host on Top Gear. Not due to the stresses of being TV-presentable while caning multimillion-dollar cars, but because so-called fans of the show don’t like that his name isn’t Jeremy Clarkson.

“It’s mental health awareness time, and yeah, it got me, absolutely got me,” Harris said of feedback from his show’s viewers. “It just broke me down. People that know me know I’m a pretty tough cookie, but after a while… It catches you at a bad moment.”

“If a few other things in your life go south, then the abuse—and it is abuse, it’s not criticism—by the time people are just sending you messages, not even on the back of content, just saying ‘you’re a prick, you’ve ruined Top Gear for me, I’ll never forgive you,’ once they’re doing that, that is abuse,” Harris said. “And if you’re in a good place, and the sun’s out, and the rest of your life is rosy, you can see that, and you can ignore it. Or, as is more likely the case, you won’t see it because you won’t go looking for it because your life is so busy and positive you don’t need to look at the messages.”

“But when you’re sat there with a glass of whiskey one night, ‘oh woe is me,’ and you read the messages and you’re like,” he says, grimacing. “So I did pick up the phone, go and see someone, and I had to sit down. And y’know what, I’m still doing that now. Not because I’m in a really bad place, but because I need it because it’s relentlessly negative.”

While the BBC has struggled to fill the boots left by its acclaimed car show’s former hosts, none of them deserve the kind of toxicity the internet can produce. It’s also worth reminding anyone who has sent Harris a rude message about his Top Gear performance that the show’s former hosts haven’t exactly struck gold with their Amazon-exclusive The Grand Tour. Most of the series has so far been largely forgettable, and it has taken time for Clarkson, Hammond, and May to find their footing again. And anyone who has given them patience should extend at least as much to the BBC‘s spring chickens.