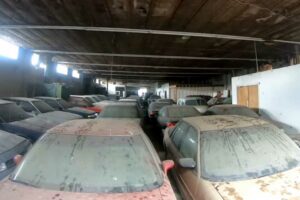 There’s something to be said for taking good care of your belongings, and cars are obviously no exception. Some rides certainly live better lives than others, but there’s hardly an explanation for mysteriously abandoning a car that’s in near-perfect condition. Yes, there’s an AMC dealer still up and running, but at least the story behind those vehicles is resolved—unlike the cars in today’s featured video. Behold a group of mostly ’90s cars, frozen in time, as discovered by the Engrave YouTube channel.

No location is provided for the find, which is probably for the best. It’s unclear what the status of these vehicles is, and at least one of them was left with the keys still in the ignition. The assortment seems to mostly be Oldsmobile sedans—a strange focus, although there’s also the odd Peugeot, some ’70s metal, and at least one older Plymouth. There looks to be at least three dozen cars in and around the rotting facility, seemingly parked one day and never retrieved.

As previously mentioned, it’s mostly just a lot of Oldsmobiles, but there is also a lot of automotive literature as well. Various repair manuals, VHS tapes, and a lot of other associated material were found in other areas of the shop. There’s also a box of copies of a book titled “Cartera,” which has a creepy cover to go with the creepy music backing the video.

The best of the bunch is probably the Peugeot 505 STI we see at the beginning of the video, the red Ford coupe with a matching red interior (that still has its key in the ignition,) and the 1969 Ford Fairlane 500. 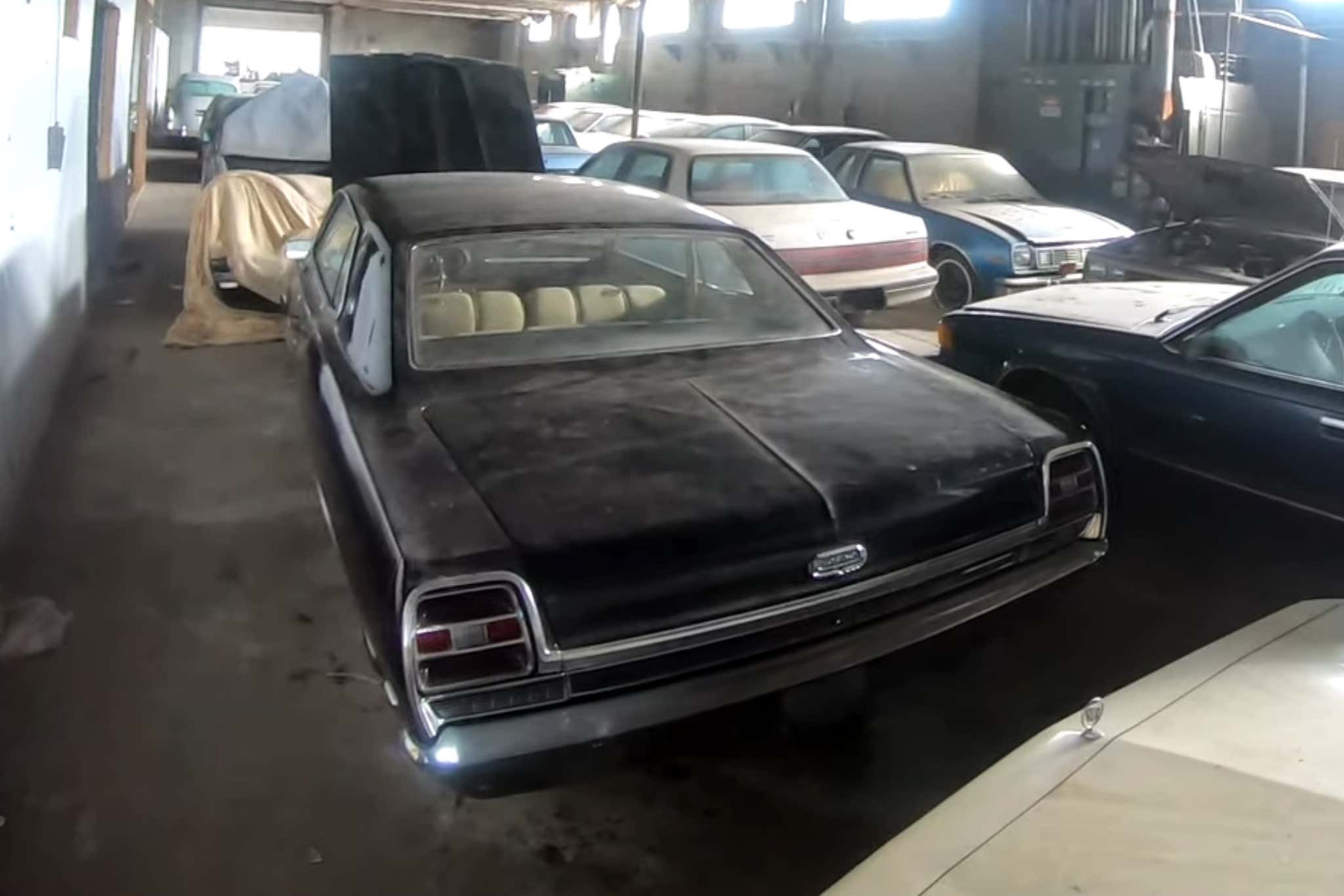 In any case, I recommend watching this video only once because it has very creepy vibes. Yes, it’s an old warehouse packed with Oldsmobiles. It’s cool, but also more spooky than I would like. View at your own discretion.