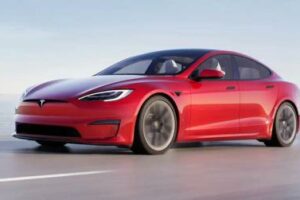 Tesla plans to introduce the Model 3 in India.

Tesla has recalled 4.75 lakh Model 3 and Model S electric cars over issues related to the rear-view camera and front trunk that could increase the risk of a crash.

The report states that repeated opening and closing of the trunk can damage a cable for the rear-view camera. Further, the front latch assembly for the front trunk in the Model S could malfunction. It could release the trunk lid and obstruct visibility.