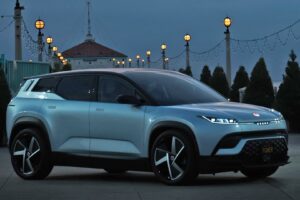 Henrik Fisker is reclaiming his name after the ultra-posh Karma flamed out. This time around, it will be with the newly unveiled Fisker Ocean, which made its formal debut at the LA Auto Show on Wednesday.

Fisker’s compact electric crossover has been something openly teased on Twitter by Henrik himself, who has shared photos and features of the car ahead of its official reveal. Now, the world gets an official peek at what’s to come, which includes a myriad of renewable, unusual, and tech-friendly features in a package that costs about the same as a Chevy Bolt EUV. 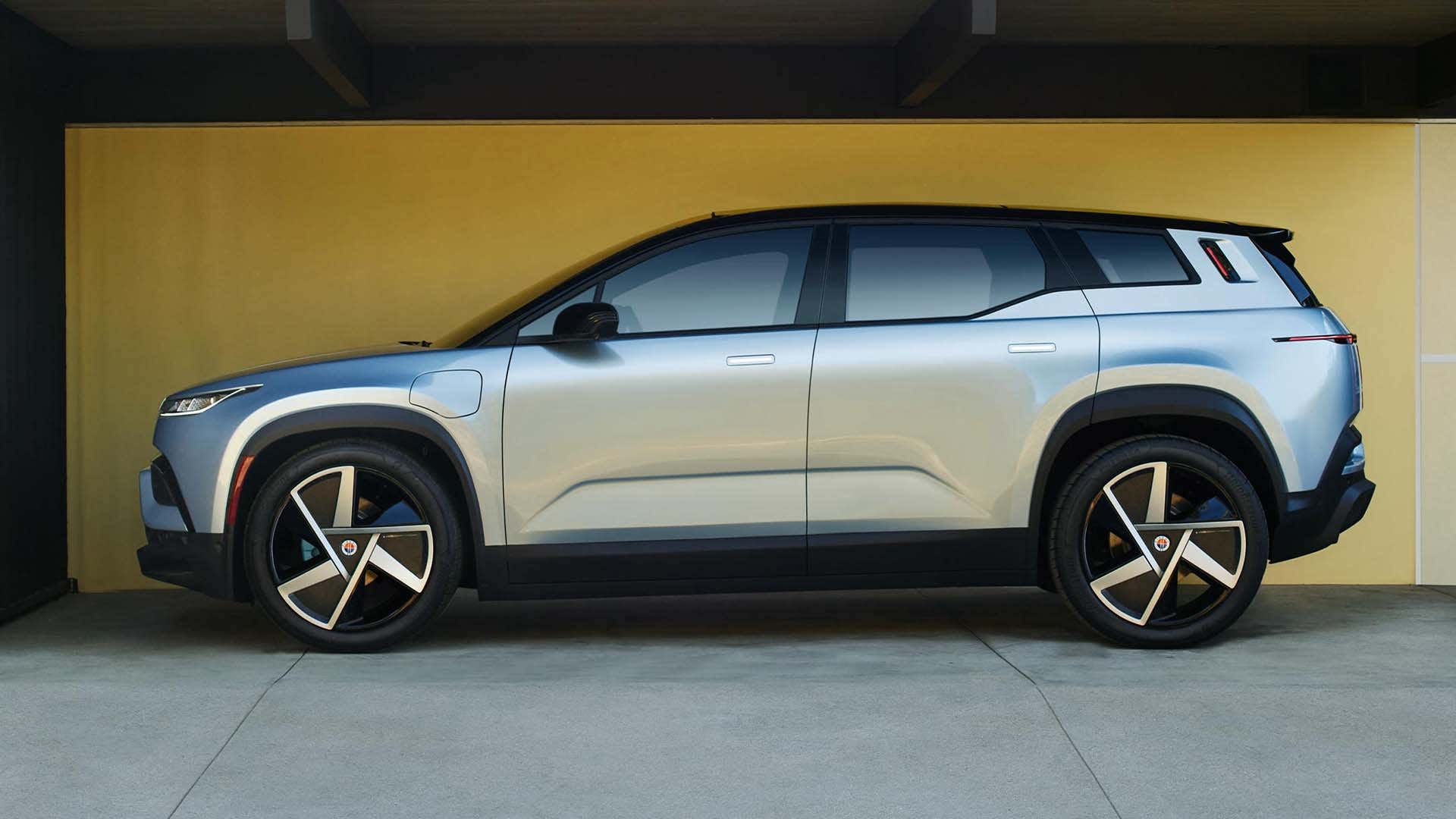 Fisker has been talking about the Ocean for quite some time, and its first global reveal is something that offers large promises that really set the crossover apart from the competition (namely its affordable price, and some interesting tech features). So let’s dig in and see what makes the Ocean such a big deal.

Fisker Ocean Sport: Fisker’s entry-level option for the Ocean is the Sport trim. Priced at just $37,499, the Ocean Sport promises to be one of the most attractive modern EVs that delivers a solid 250 miles of range on a single charge while still remaining affordable.

The Sport delivers modern features like a 17.1-inch center infotainment screen, as well as connected options like “App as a Key” and over-their-air updates. There are also surprising premium appointments at this price point, like a fixed-glass panoramic roof, a power liftgate, and a digital rearview mirror.

Taking a sip of skepticism, the Ocean Sport’s order seems almost too tall to fill. After all, any tech-centric EV with a starting price of under $40,000 seems like a pipe dream, right? According to Fisker, maybe not. Other automakers have made this promise before too, and when it came time to actually build an EV at this price point, cheaper models didn’t last very long. Fisker is enlisting the help of industry veteran Magna Steyr to build the Ocean, so perhaps the Sport stands a solid chance of seeing production. 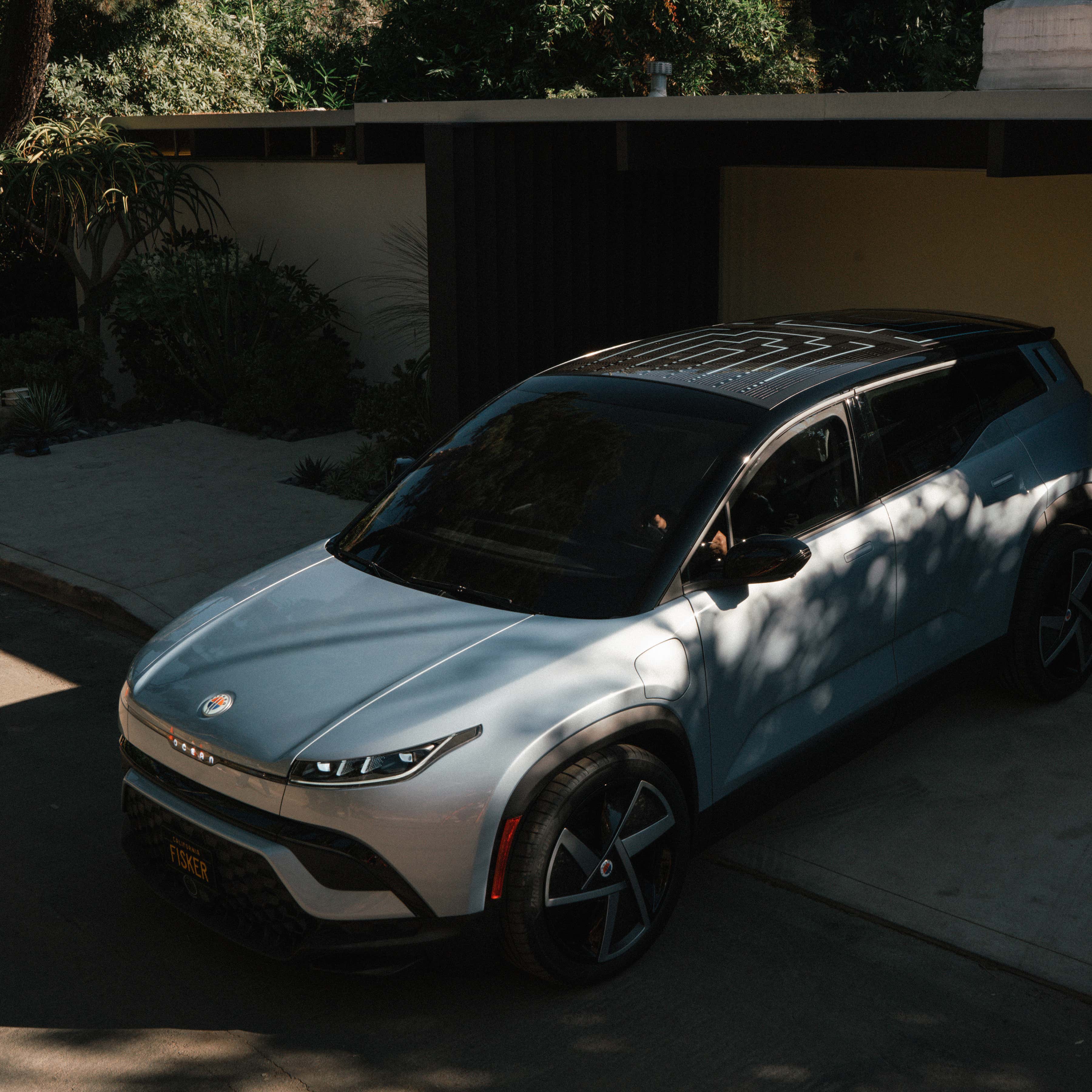 Fisker Ocean Ultra: The middle-of-the-road option for the Ocean is the Ultra trim. Equipped with dual motors, this 540-horsepower crossover promises a big punch with an ample 340 miles of range, all for $49,999 before destination. That’s not only cheaper than the industry-leading Tesla Model Y but its claimed range is also 10 miles more. And did we mention a 3.9-second zero to 60 time?

Adding onto the Sport’s features, the Ultra adds a more premium sound system, a sliding panoramic glass roof, power rear-quarter and liftgate windows, an external power outlet, plus the ability to use its battery to charge other EVs, or to power the home. Safety features like lane-keep assist, traffic sign recognition, emergency braking with reverse collision mitigation, and more are also baked-in. 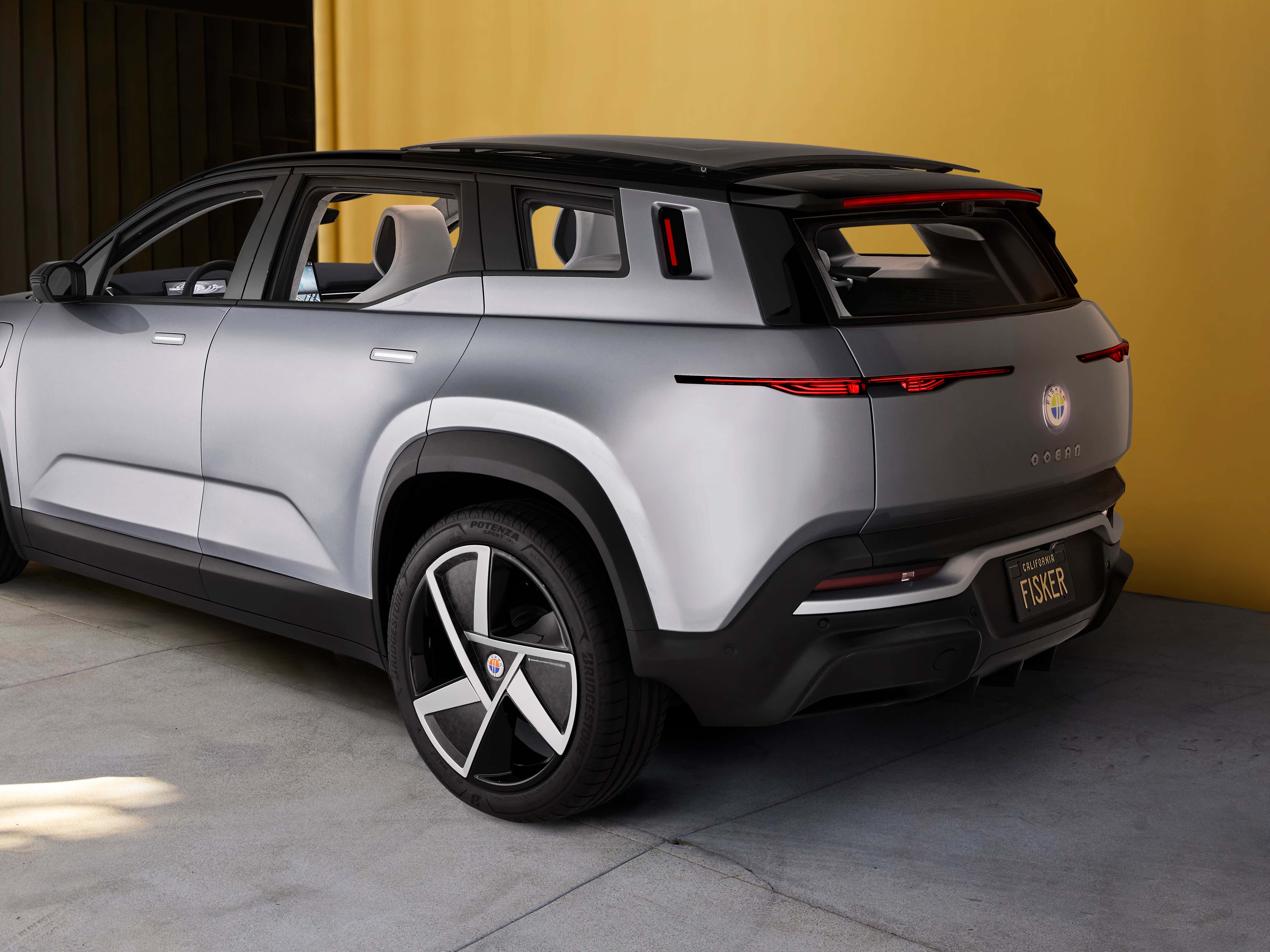 Fisker Ocean Extreme: The range-topping, power-hungry Ocean Extreme adds 10 hp and 10 miles of range to the Ultra, all while shaving off 0.3 seconds from its sprint to 60 mph.

One of Fisker’s biggest cool-factor appointments to the top-trim is its revolving center display, which can switch between vertical (“control”) and horizontal (“Hollywood”) modes. This is paired with a 16-speaker sound system and even allows for in-car gaming. Speaking of screens, the rear seats also get one in this trim, though it’s simply used to control a second climate zone and audio from the back.

Fisker will also outfit its Ocean One with these same features, though the Ocean One trim is limited to the first 5,000 units produced and will include a unique paint scheme only available on this particular spec. 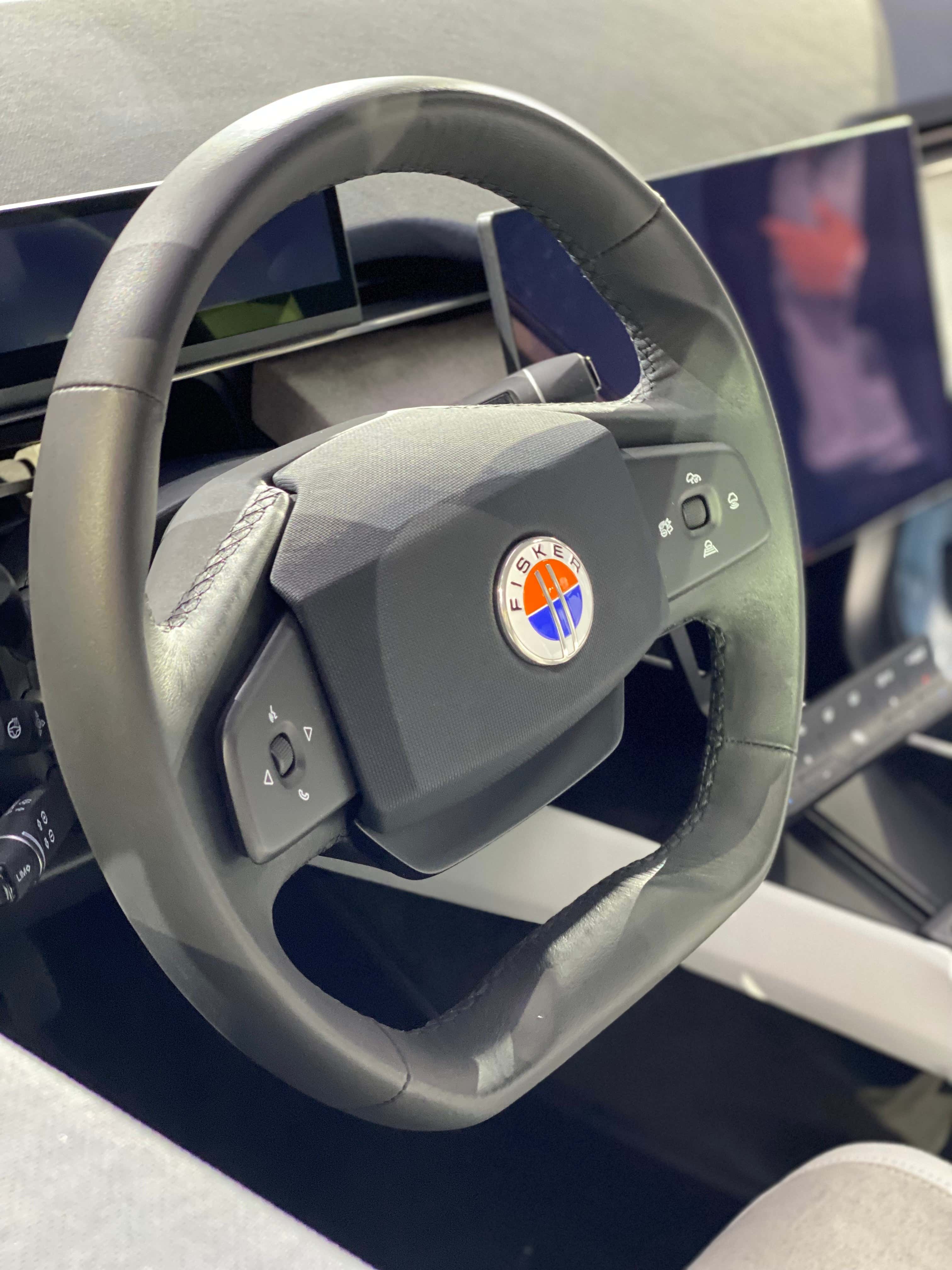 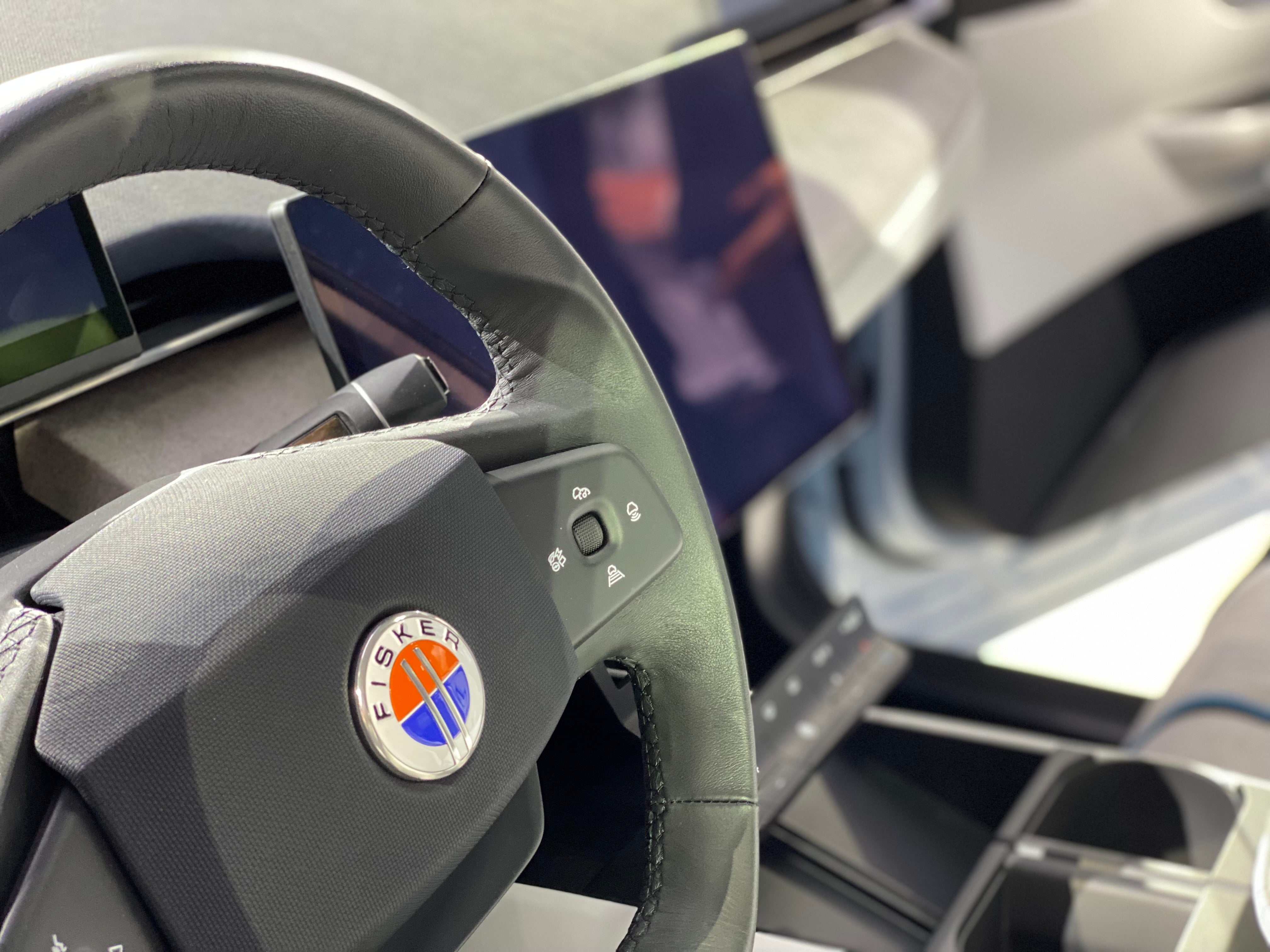 Unique to the Ocean Extreme and Ocean One is the SolarSky roof, which incorporates photovoltaic solar panels into the panoramic glass roof. Fisker says that in ideal conditions, the SolarSky roof enables the Ocean to generate enough electricity to add up to 2,000 miles of range each year, all of which is sapped directly from the sun. That works out to around five miles per day, which isn’t a lot, but hey—free is free, and a big focus of the Ocean is its use of renewable and recycled resources.

As for a release date, the Fisker Ocean is set to start rolling off the production line in exactly one year: Nov. 17, 2022. Fisker has entrusted Magna Steyr to build the Ocean at its production facility in Graz, Austria—just like the Toyota Supra and BMW Z4.