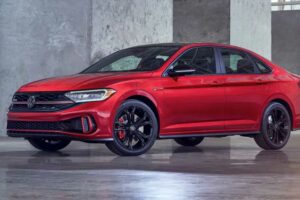 In 1979, Pink Floyd released The Wall, ESPN launched on cable television, and Monty Python’s Life of Brian premiered in the United States. In that same year, Volkswagen launched its compact sedan, the Jetta. After more than four decades, the Jetta remains a solid seller for the German brand, and it’s coming fresh (well, slightly fresher) for 2022.

The Jetta and Jetta GLI aren’t all-new this year, though they’re sporting updated tech and styling that’s subtle but welcome. This generation launched during the 2019 model year, so it has some shelf life left before being retired for the next. 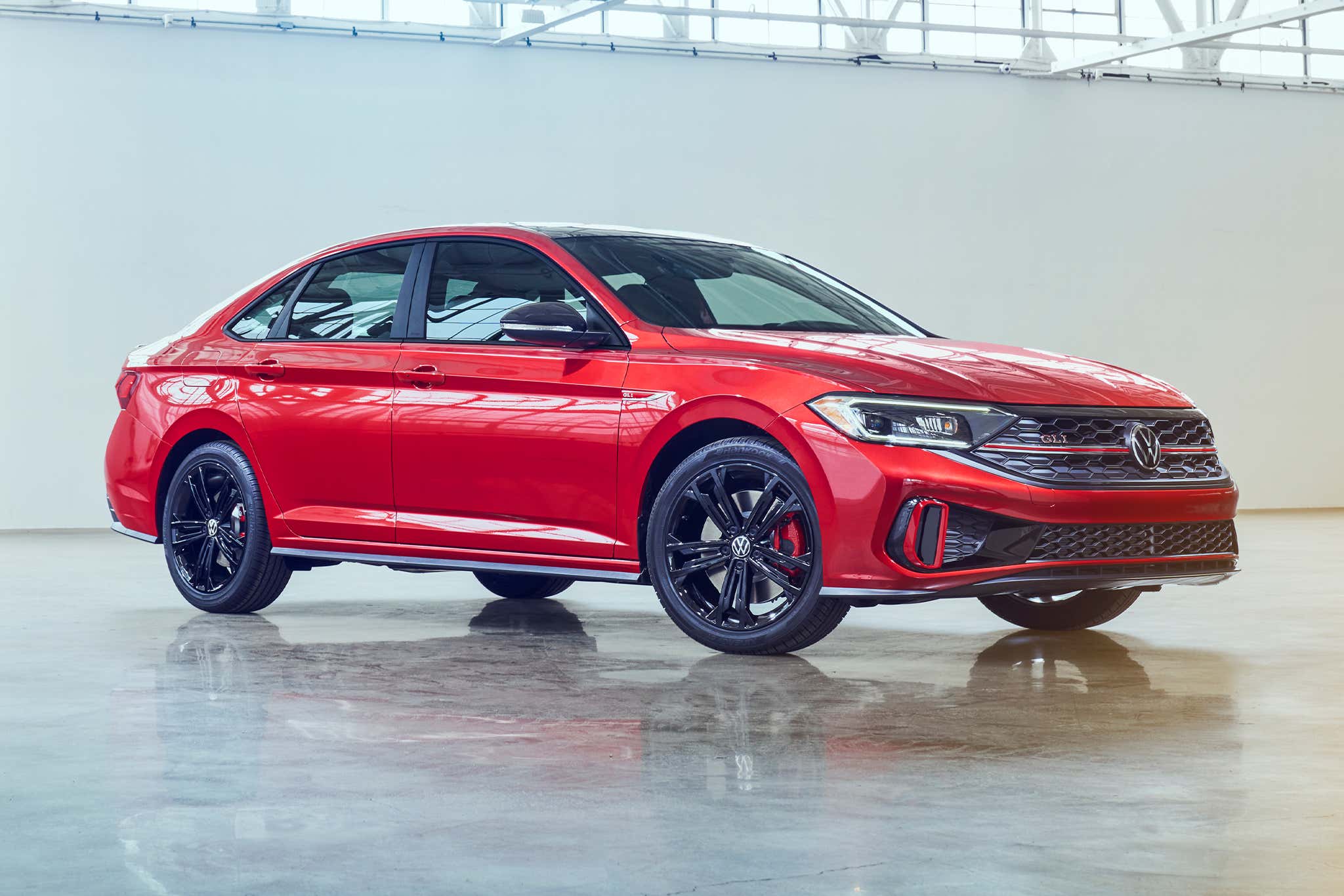 Let’s start with the Jetta’s engine. Its 147-horsepower, 1.4-liter has been swapped in favor of a 158-hp, 1.5-liter that it shares with the new Taos. Wolfsburg engineers figured out how to implement a modified version of the Miller cycle to help with fuel economy, which was already an EPA-estimated 33 miles per gallon combined. On the sportier GLI side, the turbocharged 2.0-liter makes a respectable 228 hp and 258 pound-feet of torque while still providing an estimated 28 mpg. Stick shift fans should also take note that both the Jetta and Jetta GLI come standard with a six-speed manual, though an automatic is, of course, optional.

For 2022, the Jetta will have four trims to offer, and the GLI will essentially be one fully loaded model. On the Jetta, a Sport version replaces the R-Line level, leaving it with S, Sport, SEL, and SEL Premium. Standard on the new Sport trim is a blacked-out grille, mirror caps and window trim, a black headliner, and cloth sport seats; from there, it gets fancier with color-matched exterior components and, yes, leather. 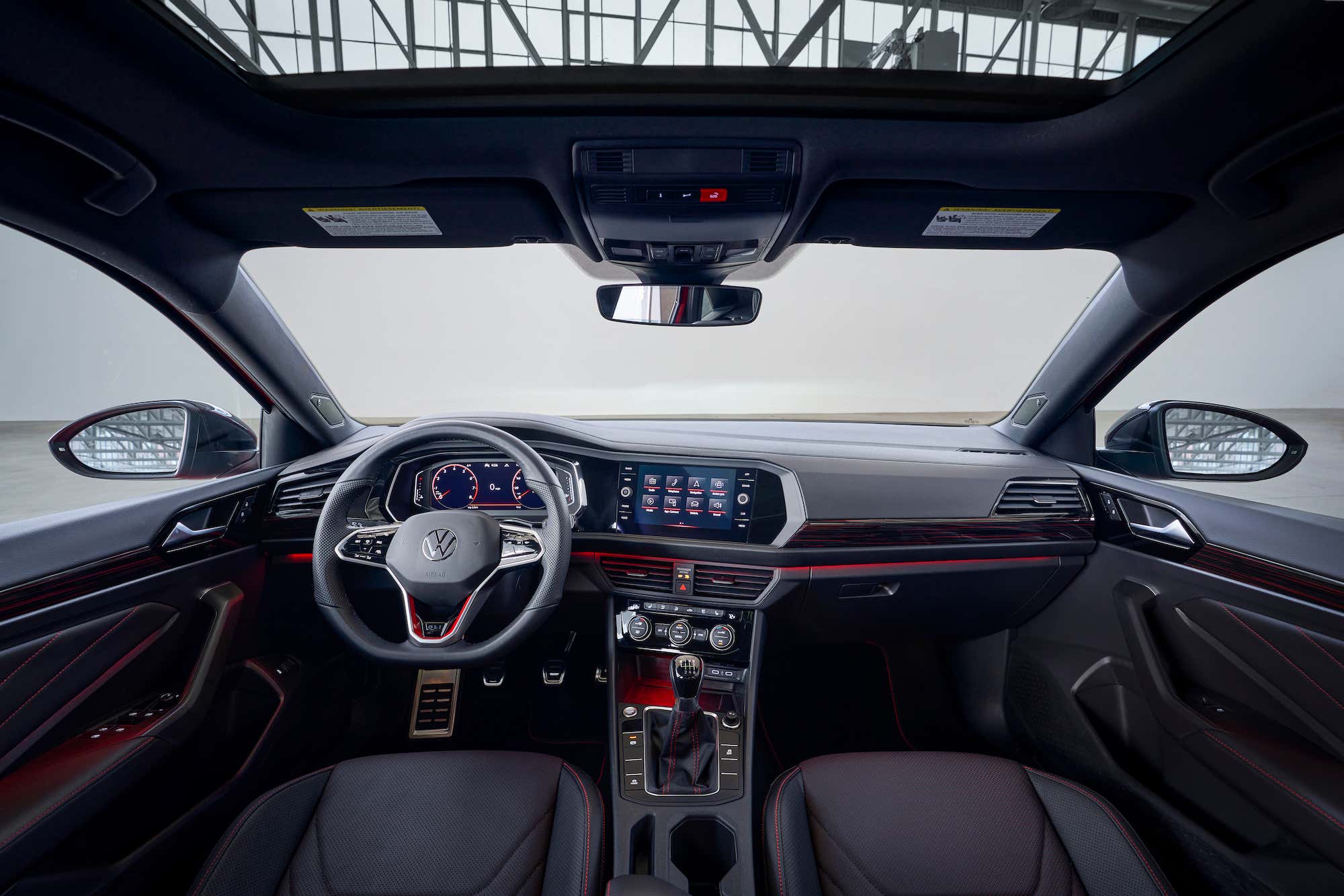 Front assist, blind-spot monitor, and rear traffic assist are now standard on the Jetta, while VW’s IQ.DRIVE safety suite is optional. That adds lane-keep assist, adaptive cruise control with stop and go, and emergency assist, which phones for help in case of a crash. This package is standard on the loaded GLI. 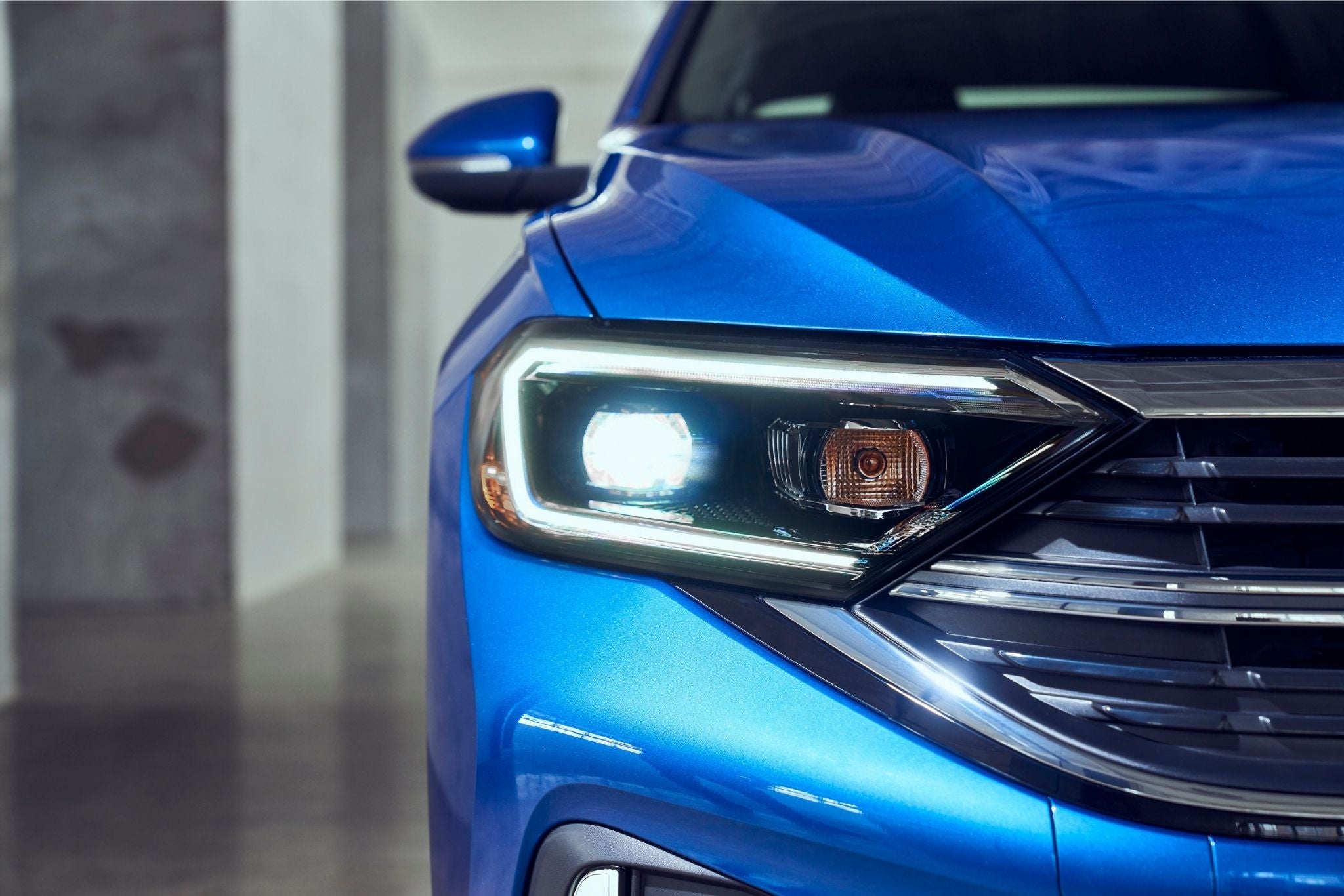 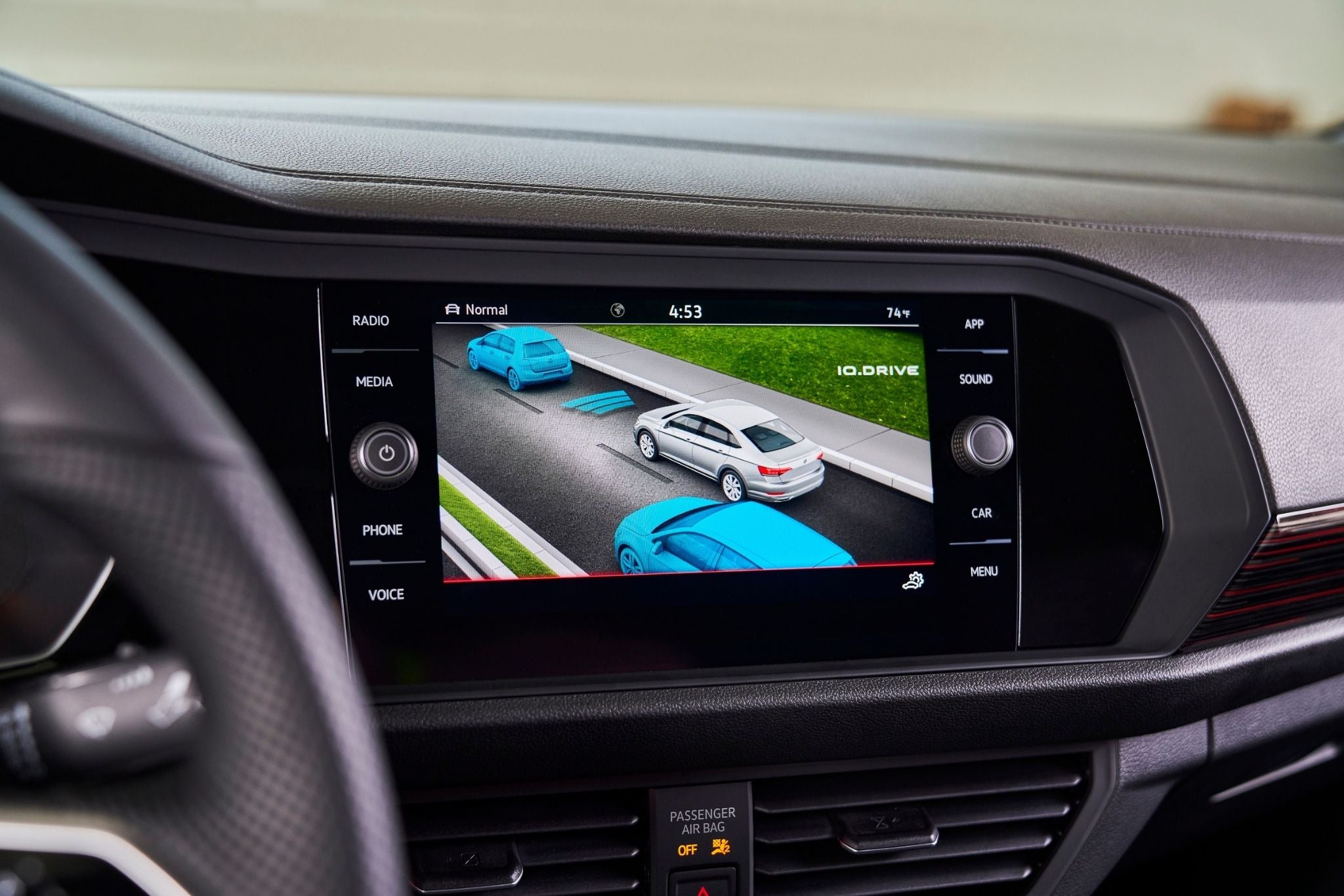 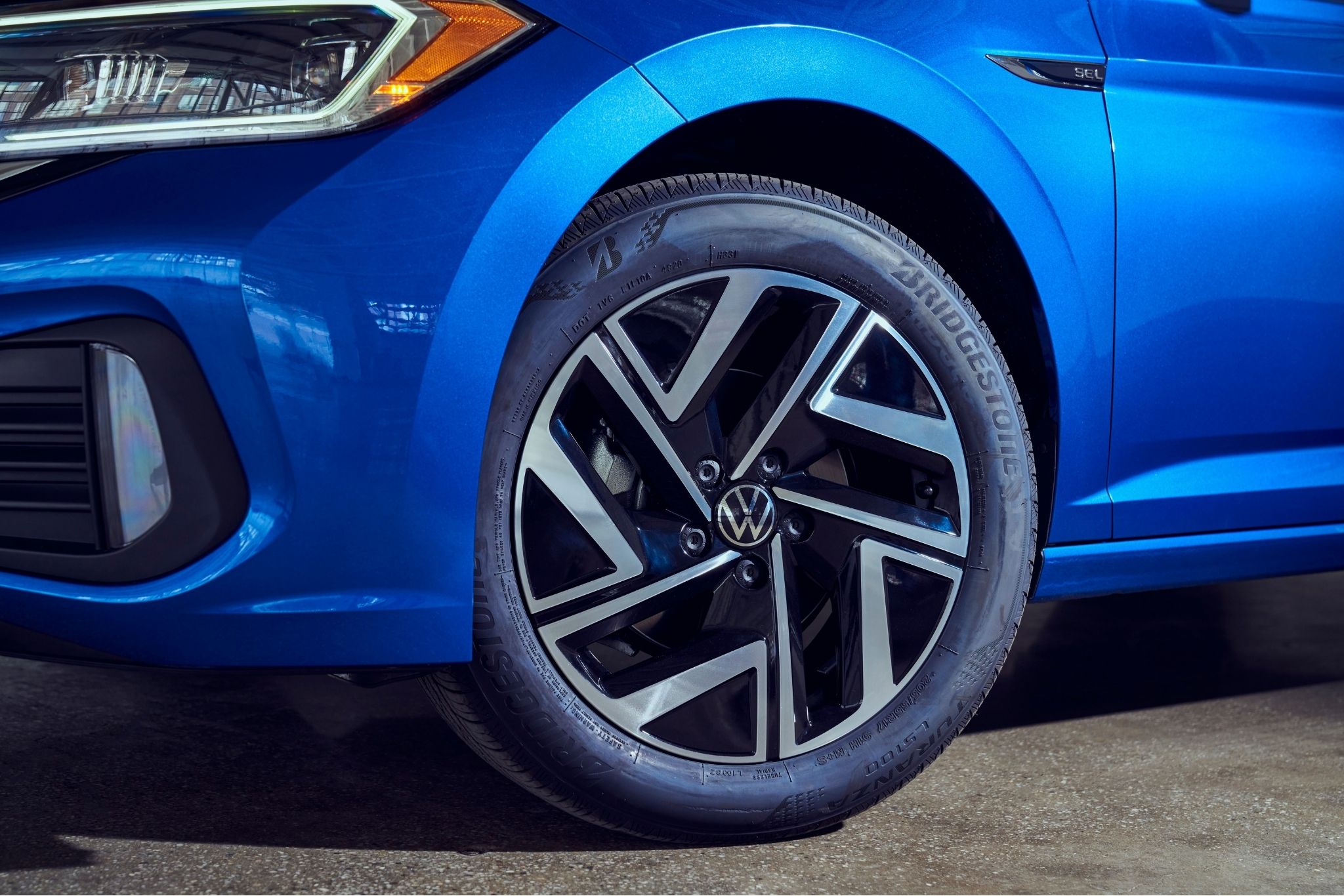 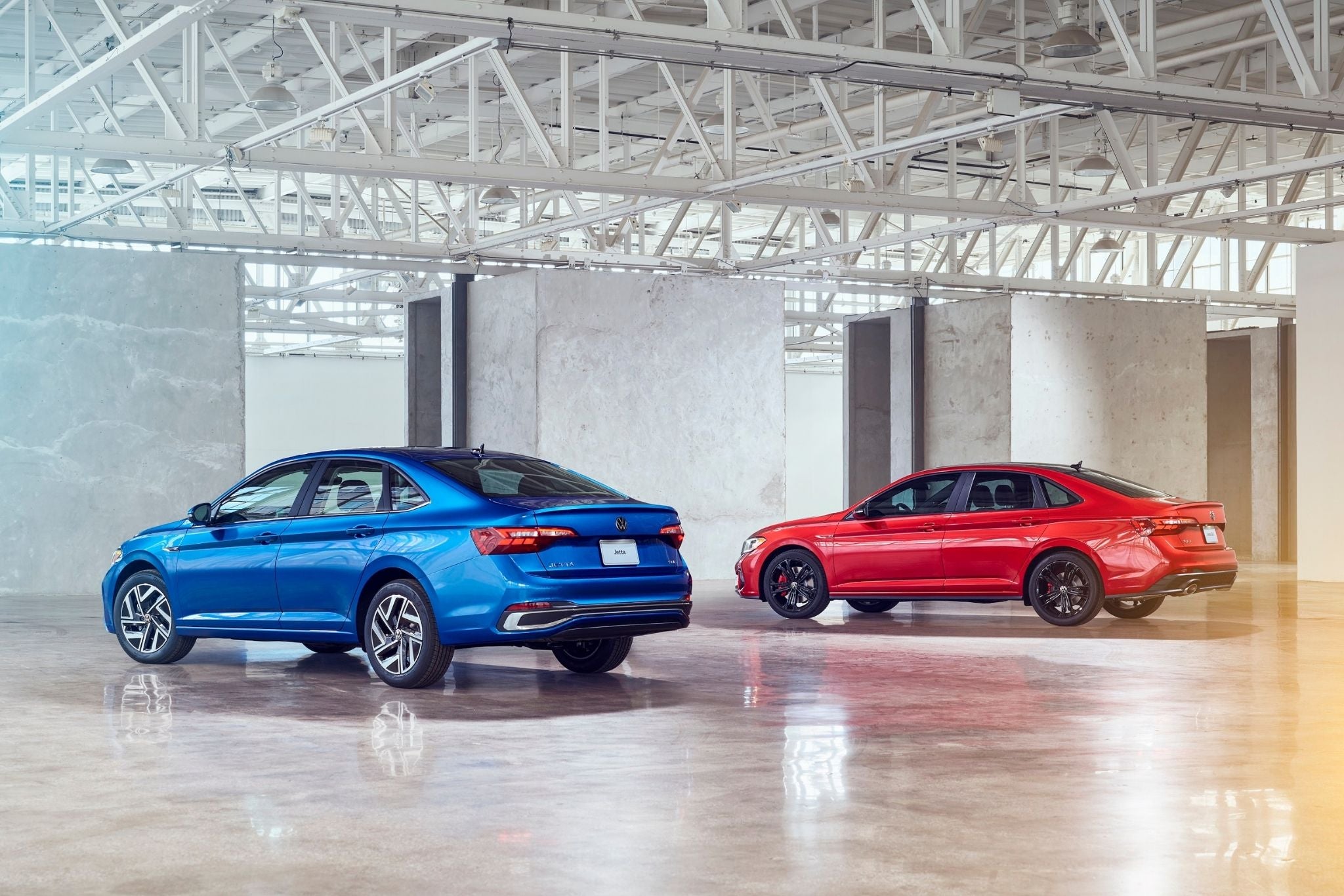 From a cosmetic standpoint, both the Jetta and GLI receive modest tweaks. The former gets a new grille with two chrome bars framing the VW logo while the latter features a new black honeycomb diffuser and wider exhaust pipes. Inside, an eight-inch digital display is standard on the Jetta, and the GLI’s is a couple of ticks larger at 10 inches. 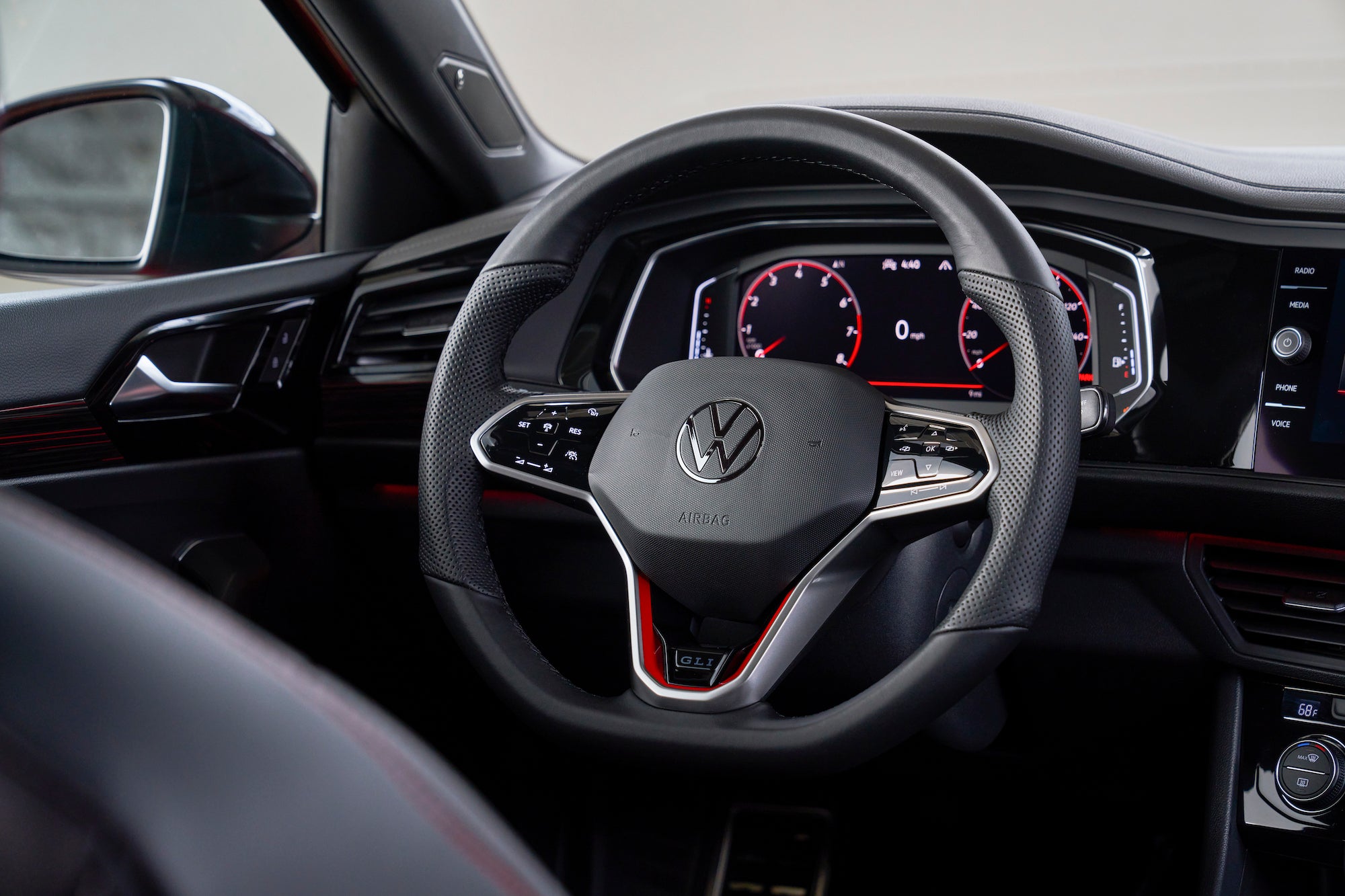 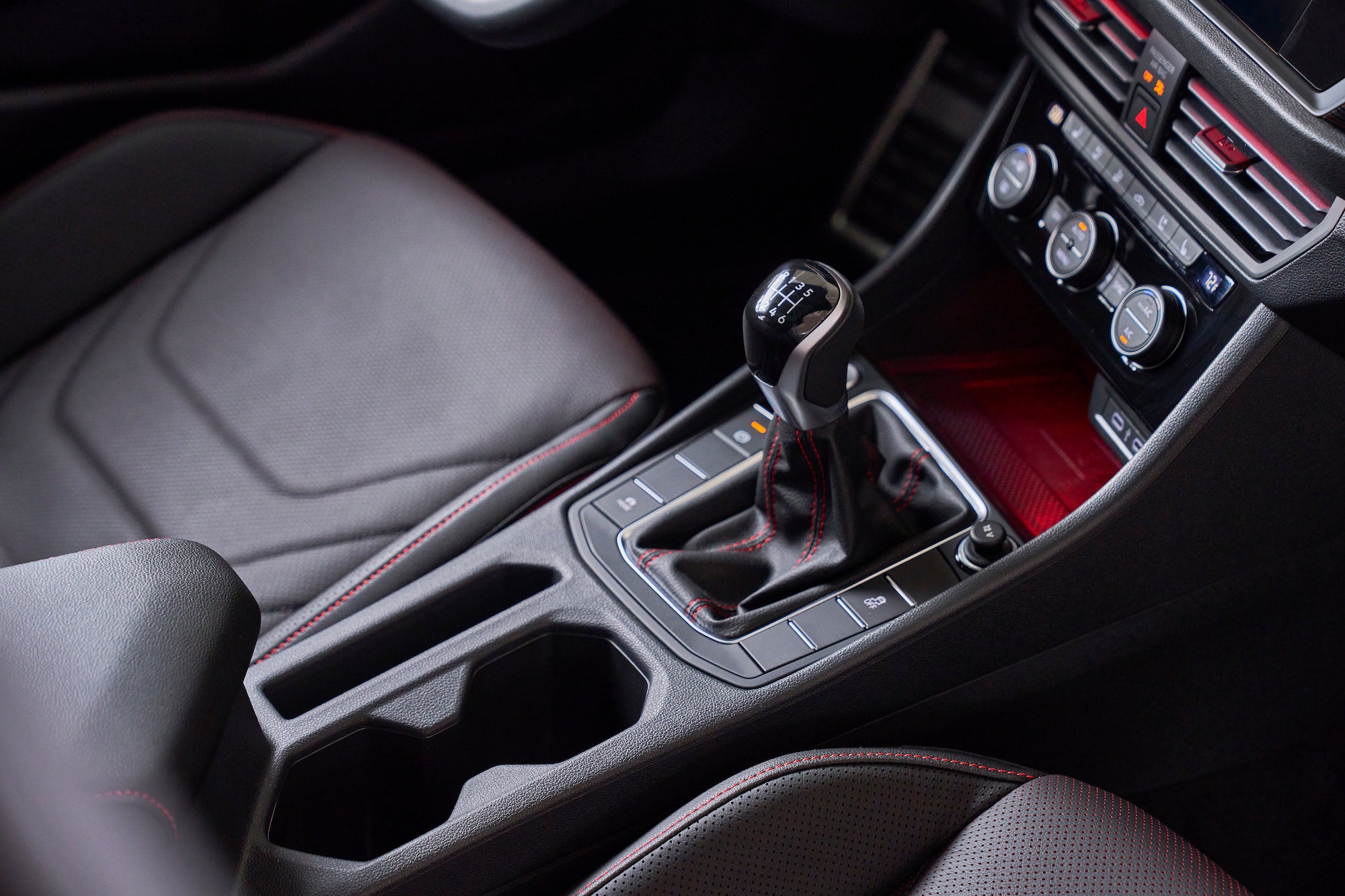 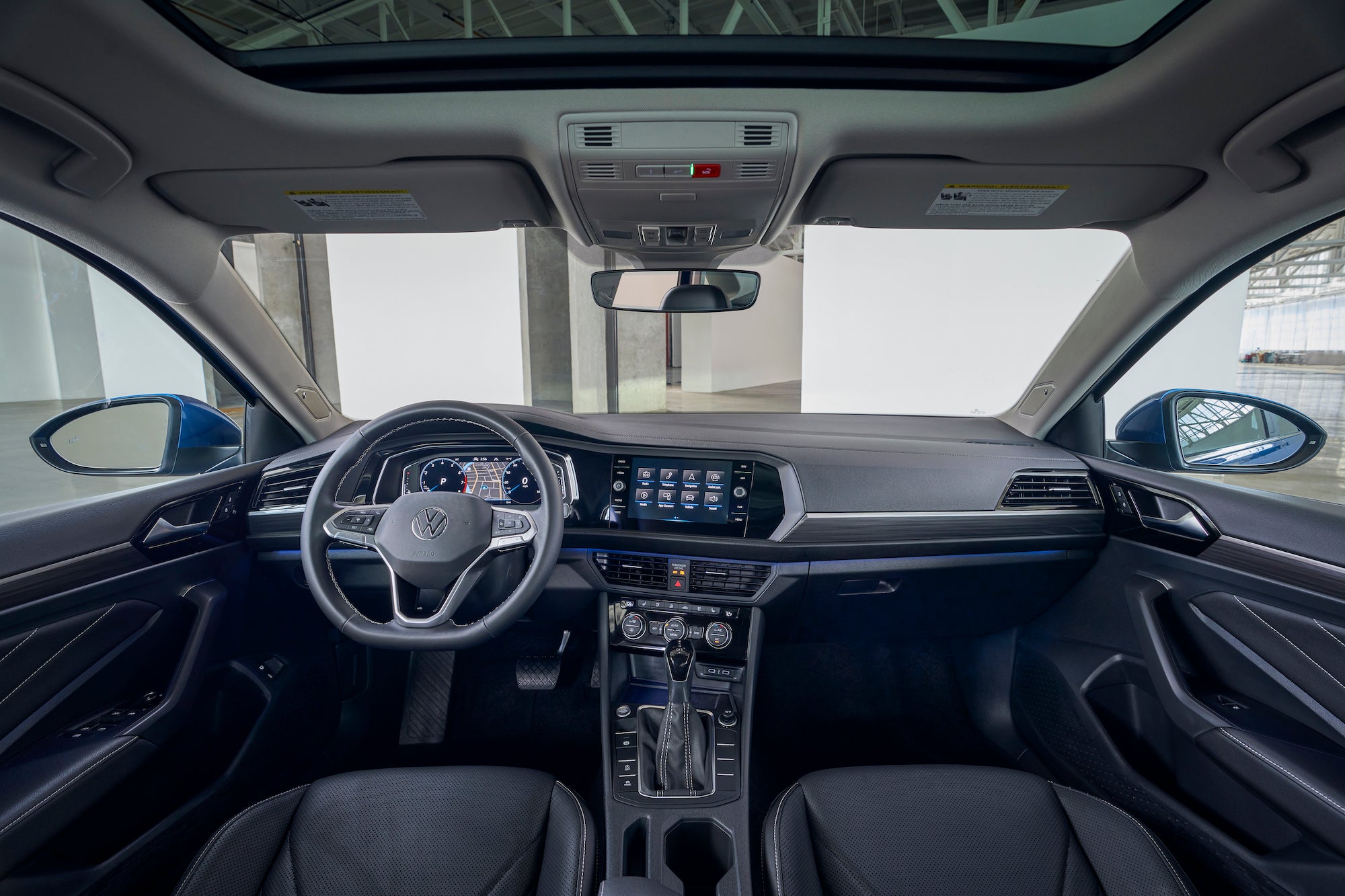 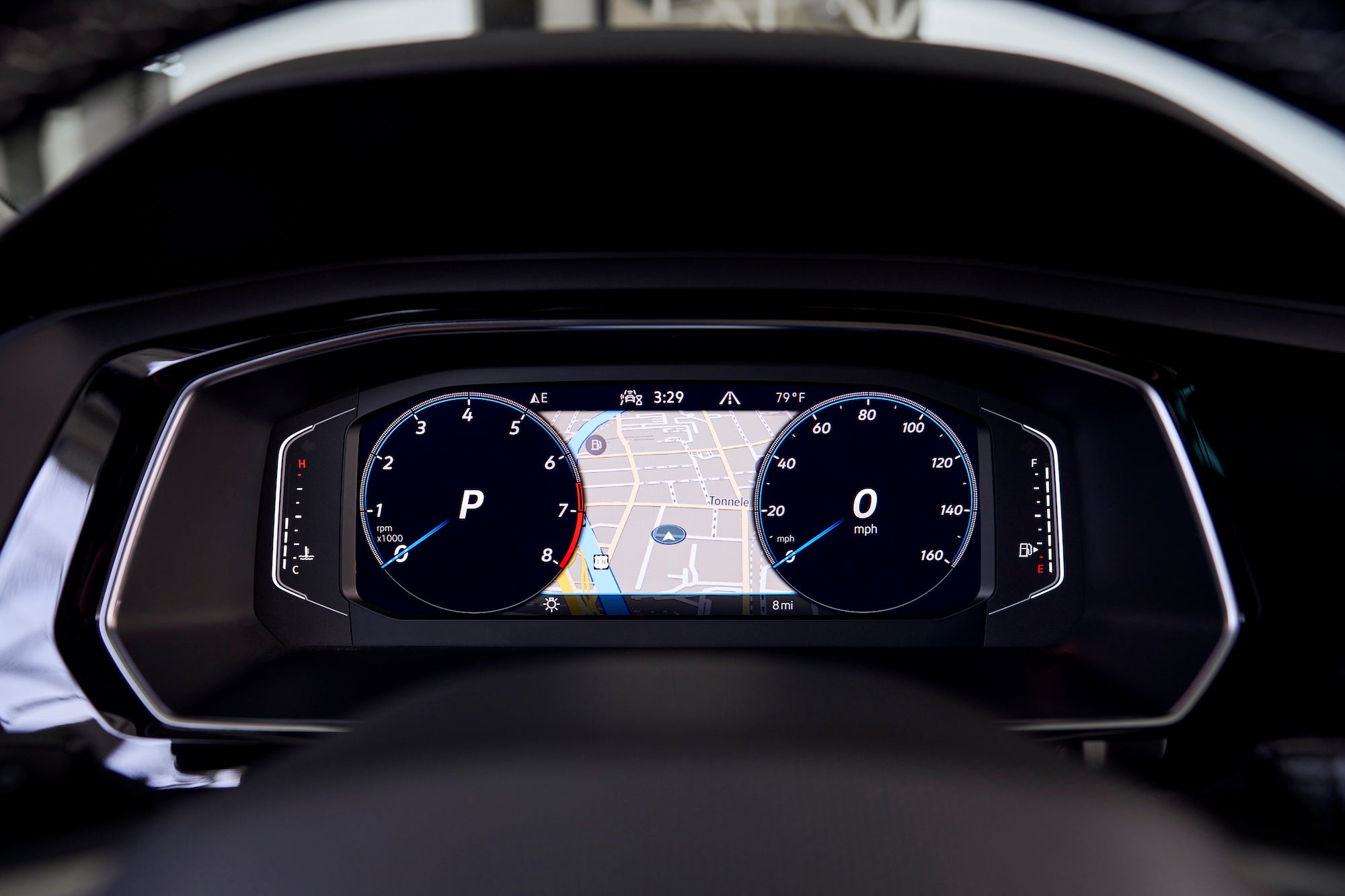 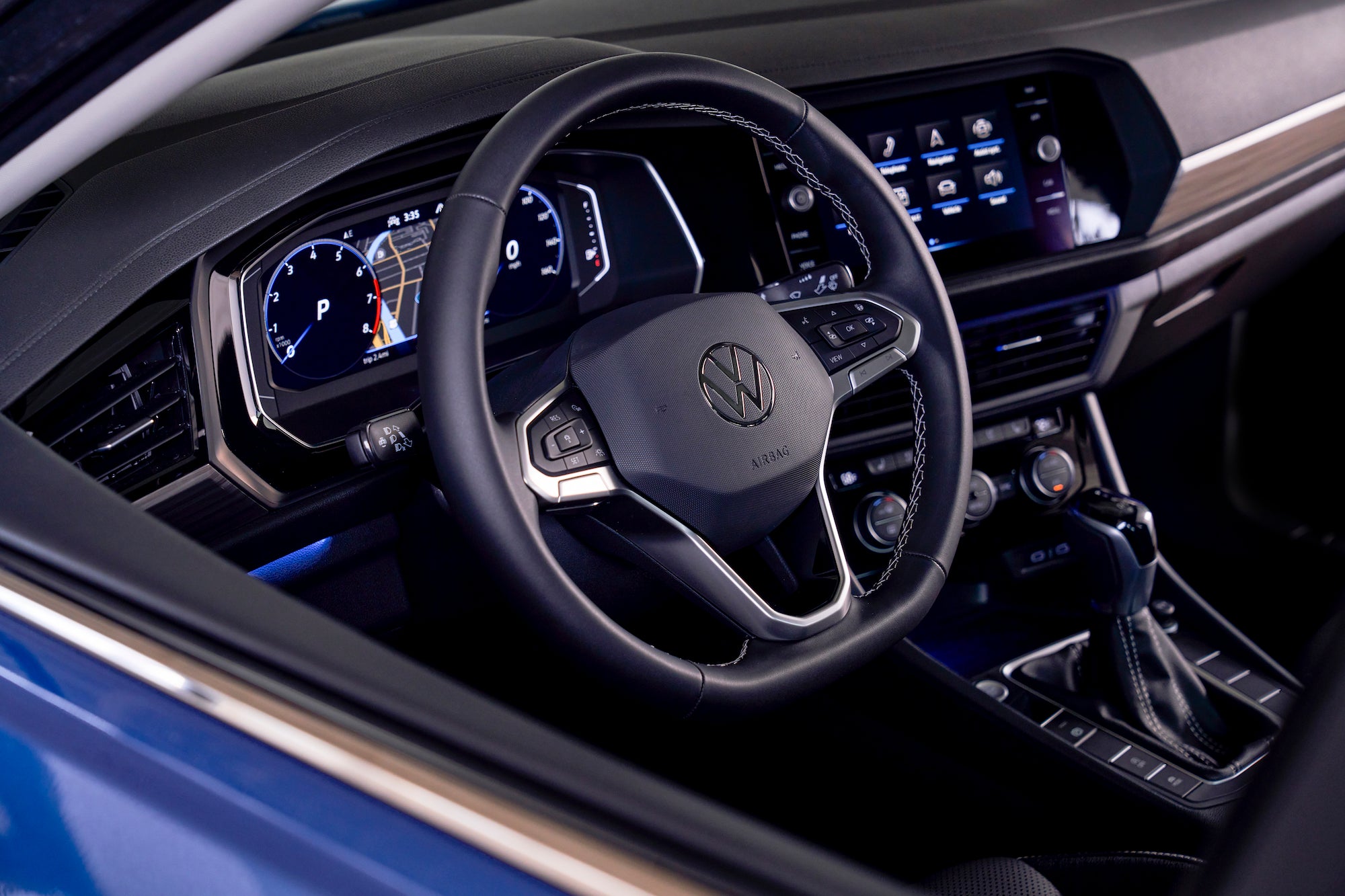 If you’re like me and care about colors, you’ll be happy to know the Jetta gets three new schemes for 2022: Kings Red Metallic, Oryx White Metallic, and Rising Blue Metallic. The GLI, meanwhile, will simply carry over its five colors from 2021, which seems kind of unfair.

Look for the new Jetta and Jetta GLI at U.S. dealers in the fourth quarter of 2021.