The bad news is that we won’t get the new Mk8 Volkswagen GTI in America until the second half of 2022. But, it’s only bad news because the newest version of the original hot hatch sounds like it’s going to be a great car. Earlier this week, Karsten Schebsdat, head chassis engineer for the Mk8 GTI, presented a ton of tech details about the hatch in a media video conference. Here’s what we learned.

The new Mk8 Golf—which likely won’t come to the U.S. in base form—is based on the same MQB platform that underpins the Mk7, so while the chassis of the new GTI isn’t radically different than before, VW made a number of interesting detail changes. Schebsdat said the goal for the new GTI was increasing performance, but not at the expense of the Mk8’s comfort. The road to that includes a number of hardware tweaks, and a new electronic brain.

We’ll start with the front suspension. VW still uses McPherson struts, but everything is now bolted to an aluminum subframe that’s 6.6 pounds lighter than the unit in the base car. It’s the same subframe used by the previous front-drive Nürburgring record holder, the GTI Clubsport S, which never made it stateside. The lower wishbones get new, stiffer bushings, which Schebsdat says improve on-center steering response, while front spring rates are up by 5 percent over the Mk7 GTI.

VW reworked damper hydraulics, too, and the software controlling the optional Dynamic Chassis Control (DCC) is new. The same unsurprisingly is true of the dampers at the rear axle. Out back, VW still uses a multi-link setup, with tweaked springs and helper springs, stiffer bushings, and new wheel mounts. Rear spring rates are up by 15 percent, which combined with the increase in front stiffness helps give the Mk8 GTI a more neutral cornering balance.

In Canada, your Mk8 GTI will come standard on 17-inch wheels, but U.S.-market cars will arrive on 18s, with 19-inchers optional. Tires come from Bridgestone, Goodyear, or Hankook, and while all-seasons are standard, summers are a no-cost option. Amazingly in Europe, you’ll be able to order your GTI with Michelin Pilot Sport Cup 2s from the factory, but if you want those here, just call Tire Rack. Tire sizes are the same as the Mk7 GTI—225/45R17 and 225/40R18—except for the 19s, which grow by 10mm in width to 235/35R19. 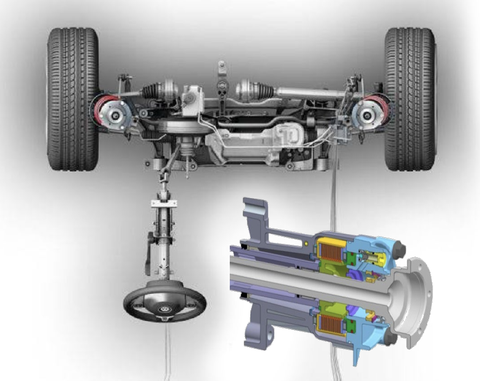 Volkswagen fits the Mk8 GTI with its electronically controlled limited-slip front differential as standard. (With the Mk7, you initially had to get the Performance Package to get the diff, but it became standard in 2019.) VW says the diff helps improve traction and agility, while also contributing to the GTI’s neutral handling balance. The steering has a variable ratio, with rate of 14:1 right on center, which goes all the way down to 9:1 as you reach the lock stops. As before, the rack is quick, with just 2.1 turns lock-to-lock, and the software controlling the weighting has been updated.

What’s really new—and what VW seems to be especially proud of—is the GTI’s Driving Dynamics Manager. It’s a central computer that manages all of the electronic driving systems including differential, steering, and if you have them, the adaptive dampers. You get your expected Comfort and Sport presets, but in Individual mode, there’s a 15-position (!) slider to adjust the Driving Dynamics Manager exactly as you want.

Speaking of the brakes, Volkswagen now uses an electronic booster for the GTI, which allows the brake-pedal response to be adjusted based on speed and situation. In other words, brake engagement is nice and gradual when you’re driving around town, but firm and immediate on track. Schebsdat says that pressure is easier to modulate right before ABS engages. The new GTI is also fit with a larger brake master cylinder for better response and easier pressure modulation.

Volkswagen didn’t give us a ton of performance numbers, but one is interesting—the Mk8 GTI is nearly four seconds faster than a Mk7 GTI Performance around the company’s Ehra Lessien handling track (2:08.7 vs 2:04.8). And both cars were wearing the same tires. It’s an impressive figure, given the fact that both cars have largely the same drivetrain.

In that video, VW factory test driver Benjamin Leuchter said he had the GTI’s Driving Dynamics manager set to “15,” its most aggressive setting. In that setting, and with ESC switched totally off, you can get some nice lift-off oversteer. We very much look forward to trying this ourselves. 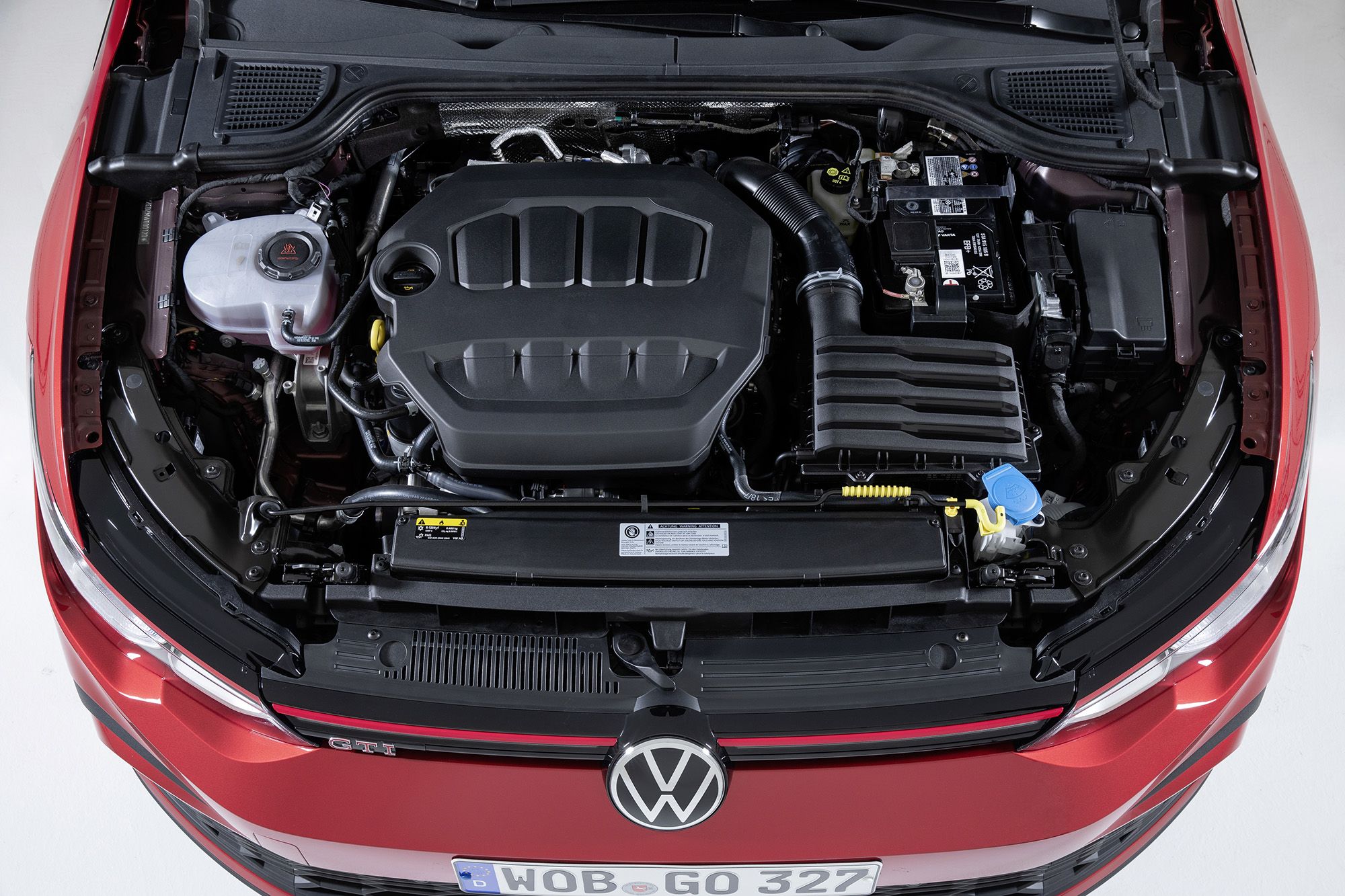 Karsten Schebsdat is not a powertrain engineer, so while this discussion was focused on the chassis, we did get a bit of detail on the engine and transmission. Power comes from the Evo 4 version of VW’s ubiquitous EA888 2.0-liter turbocharged four-cylinder, with 242 hp and 273 lb-ft of torque on tap. As with the Mk7, a six-speed manual is standard—praise be–and a seven-speed dual-clutch is optional. Megan Closset, the North American product manager for the Golf range said the manual take rate was 40 percent for the Mk7 GTI, so good job, folks. We’re saving the manual.

The new GTI is a hugely important car. The Mk7 is a car us automotive media types recommend to people almost by default. Its mix of refinement and driving fun is unbeatable for the price. We hope that continues with the Mk8, and we’ll have to wait patiently until late next year to find out. 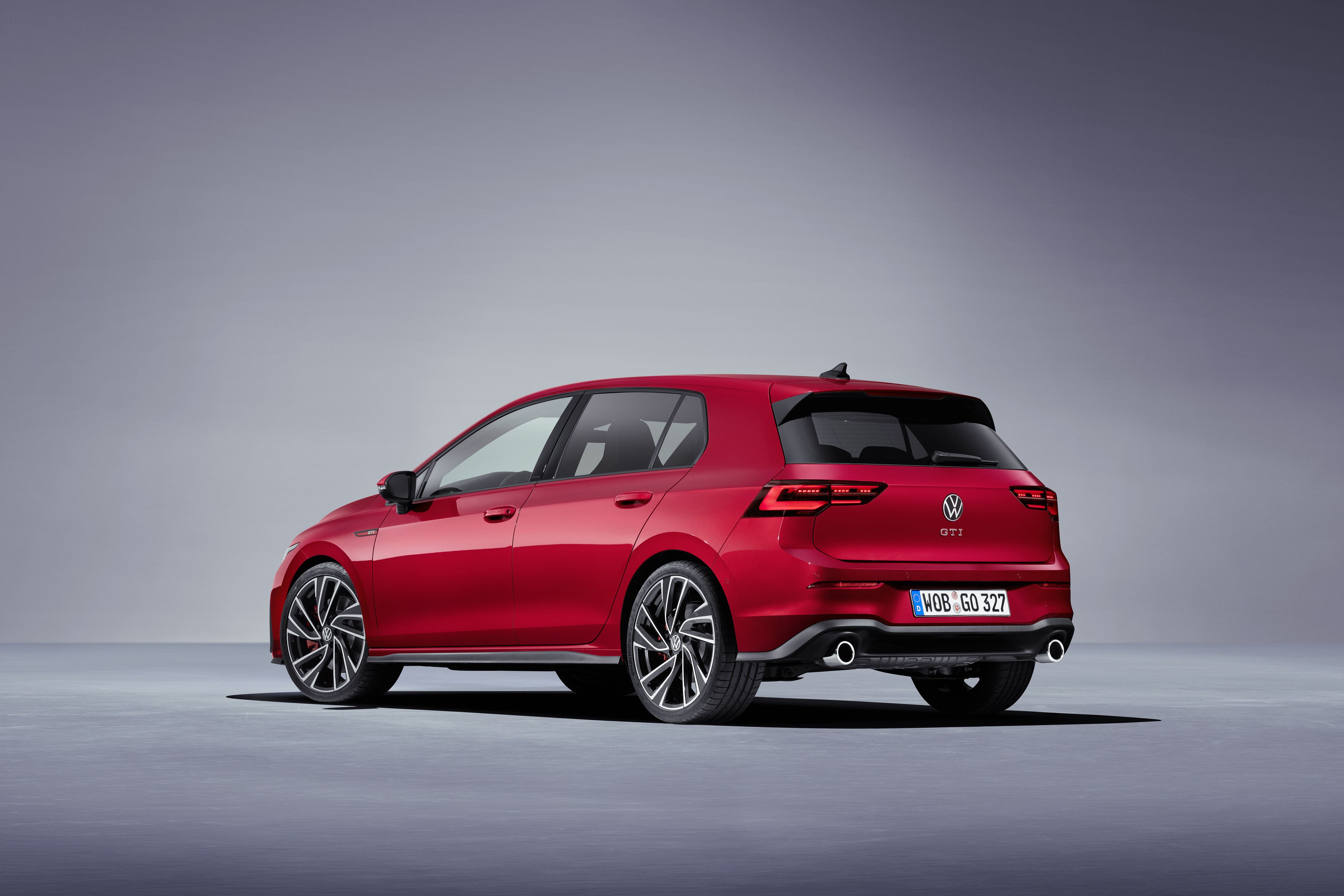