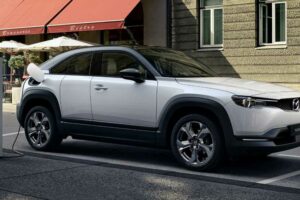 Range anxiety is still a factor when buying a new electric vehicle. Ever-larger batteries and new technologies are pushing the estimated ranges of electric vehicles up, however, many legacy automakers still live in the shadows of Tesla. Ford, Honda, Nissan, and a slew of others can’t quite seem to eclipse the California company, and now we can add Mazda to that list.

The brand’s new MX-30 is a small electric crossover featuring half-doors reminiscent of the RX-8, unique styling somewhat similar to the new CX-30, and, as we know now, a very short 100-mile range. Even by most commuters’ standards, that’s a very limited range. But why exactly is it so short? 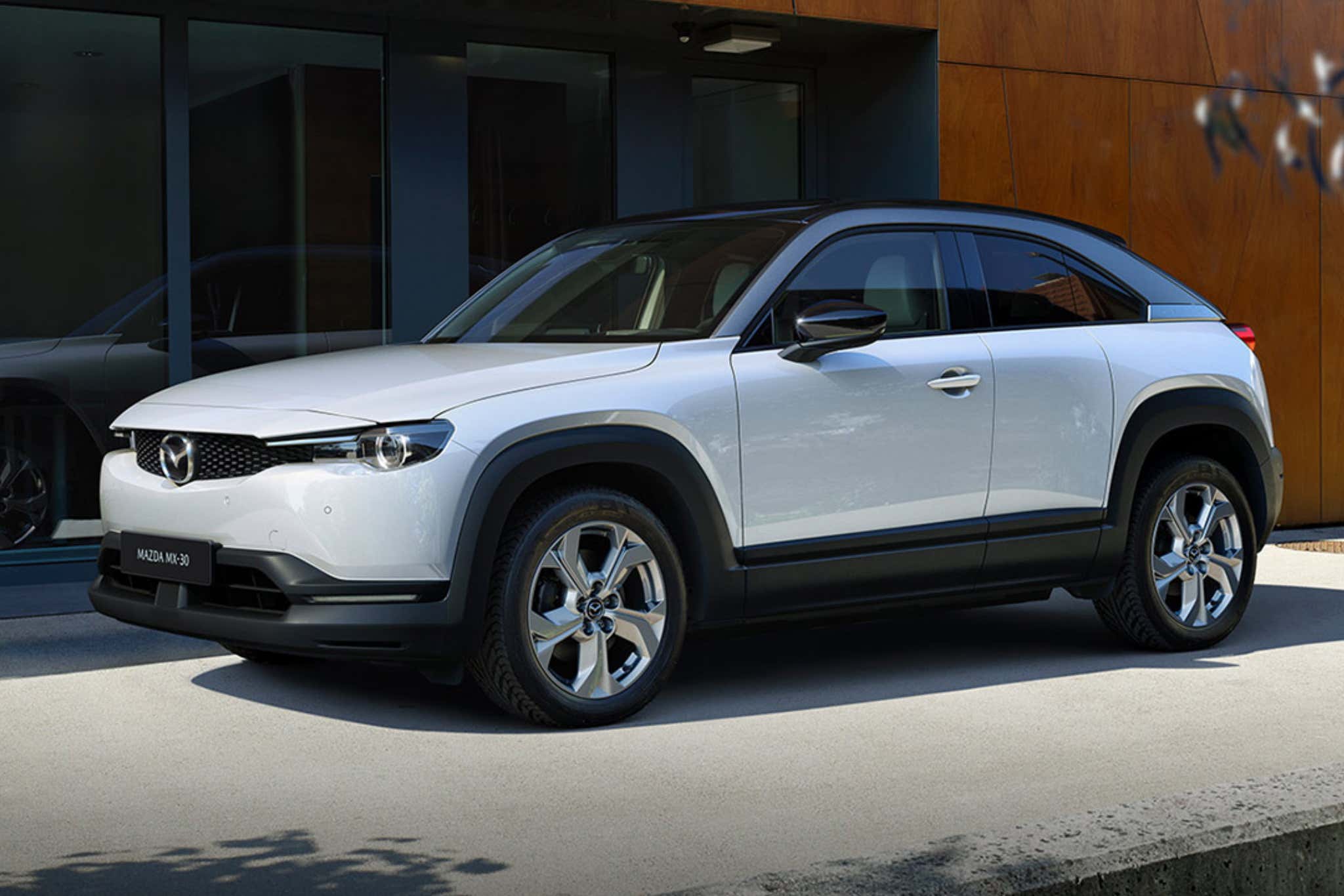 The most obvious source of the MX-30’s short range is its small battery. At just 35.5 kWh, it doesn’t hold much juice. For reference, the battery in the lowest-spec Nissan Leaf is 40 kWh, and the new Mustang Mach-E has a 68 kWh unit. The battery in the Mini Cooper SE Electric is smaller at 32.6 KwH, but it still manages to get an EPA-estimated range of 110 miles on a full charge.

That leads us to the second factor, which is the way in which the EPA estimates the range for EVs. In a nutshell, the agency is typically conservative when it rates a car’s mileage, especially in the context of legacy automakers. Porsche’s new Taycan, for instance, was saddled with an estimated range much shorter than it was capable of in reality. The same can be said for other EVs from the likes of Mini, Ford, and others. 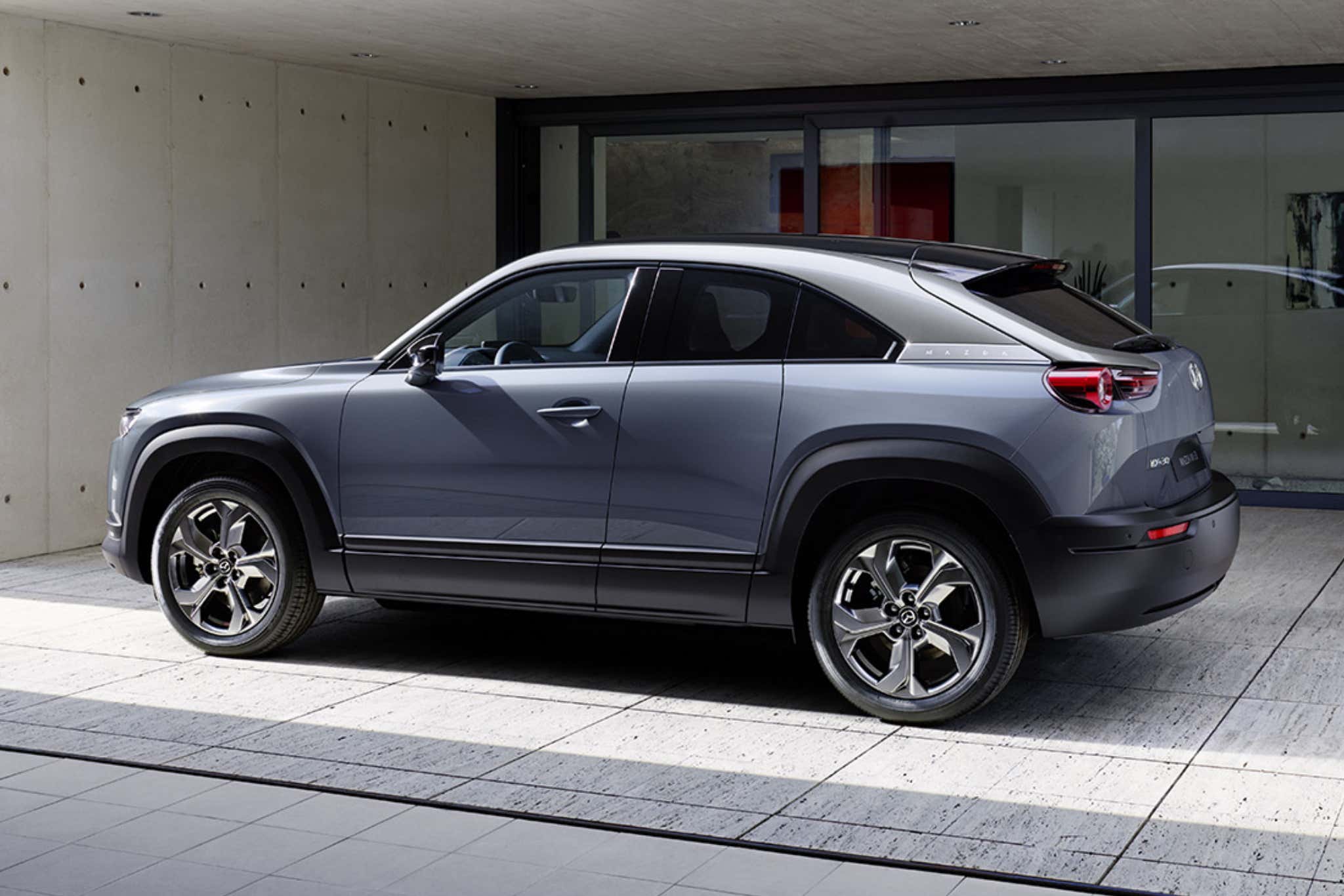 The reality of the situation is that the Mazda will have slightly more range than advertised, but it will likely only be fractionally greater than the EPA estimate. It’s worth noting that on the generally more lenient WLTP cycle used overseas, the Mazda gets 124 miles of range. The car can also be charged from 20 percent to 80 percent in just 36 minutes using 50-kWh DC fast charging. That’s still not much range for the time spent charging, however.

In the MX-30’s press release, Mazda justifies this short range in a few ways. The first is that a smaller battery is more environmentally friendly, which is an objectively true statement. The second justification is, basically, that lithium-ion batteries are heavy, and that heavy vehicles are more or less just not something Mazda does. Weight spoils driving dynamics and the Japanese company doesn’t want to do that. The MX-30 also has just 143 horsepower, which wouldn’t bode well with excessive weight. The MX-30 weighs just 3,626 pounds in European spec, which is reasonably light for an EV.

Beyond justifications, Mazda also addresses the car’s short-range with the new “Elite Access Loaner Program.” If you want to go on a long trip, the automaker claims that—for 10 days a year—you’ll have access to other vehicles in its lineup to borrow to go on longer trips (all of which are powered by gasoline). This program lasts for the first three years of ownership and is one of a few perks the car comes with, along with a $500 credit toward public charging or the installation of a ChargePoint Level 2 charger at home.

The Japanese automaker is—for now—only selling the MX-30 in California, the most popular state for EV ownership. Since Mazda has never sold an EV in the U.S., the company’s vehicles are also eligible for the EV tax credit, meaning the list price of $34,645 (including destination) is actually closer to $27,145 if the credit is applied. 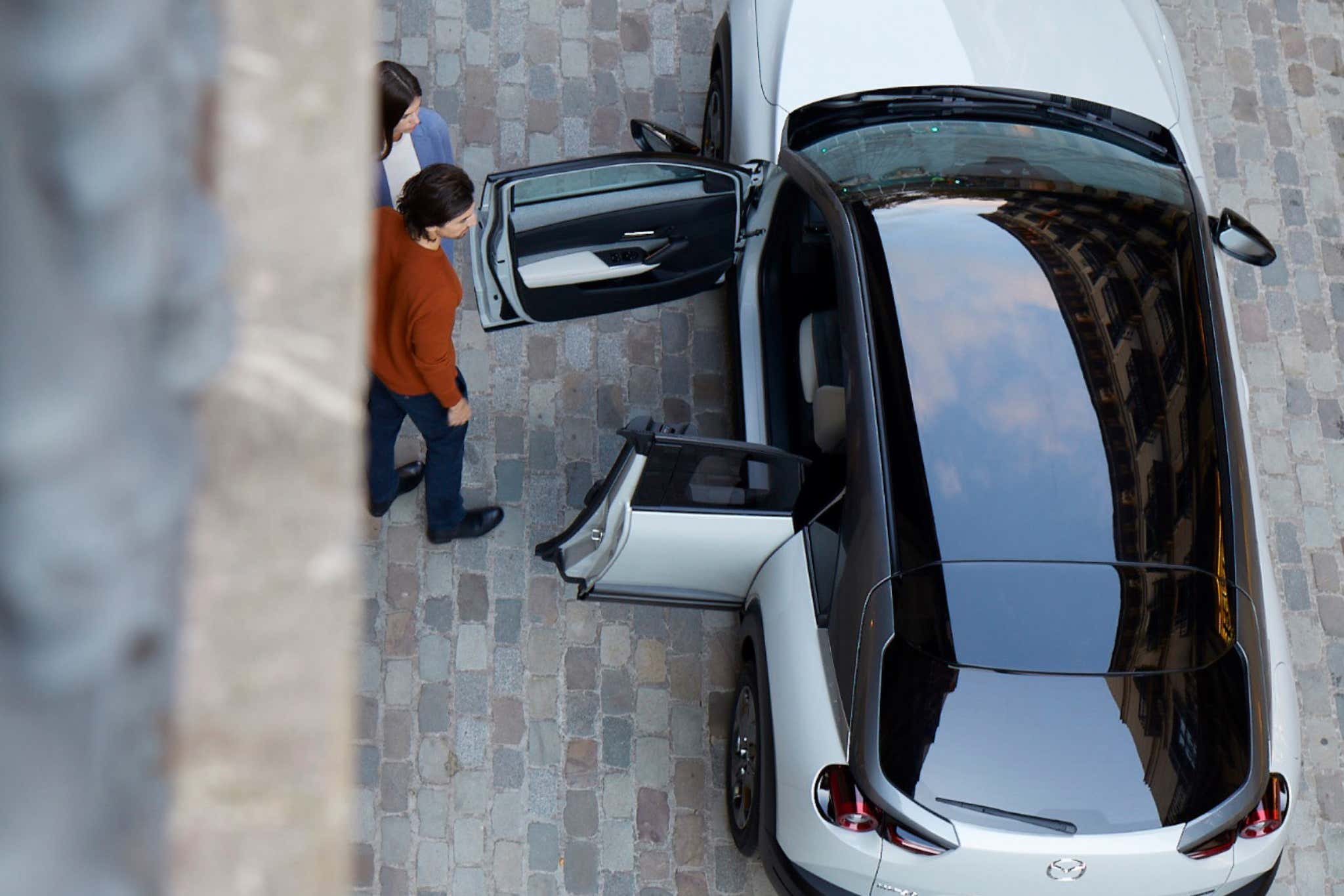 For the rotary enthusiasts among you, yes, the MX-30 is the car that Mazda has been teasing—for what feels like my entire adult life—with a range extender powered by a small Wankel engine. So far, the range extender has yet to make an appearance, however. Also, under U.S. law, the extender can’t add more range than what the EV’s battery can provide, so the maximum range of even a range-extended MX-30 would still just be 200 miles.

There’s no precise timeline for the introduction of the range-extended car, but the MX-30 is expected to be sold in states outside California in 2022. If the company plans to sell the vehicle anywhere besides major cities, that extender will be necessary, so expect news about that likely within the next several months. In the meantime, let’s hope battery technology improves fast enough for a lightweight Mazda EV to get adequate range before it’s all too late. 100 miles is just not enough for a huge swathe of potential buyers.