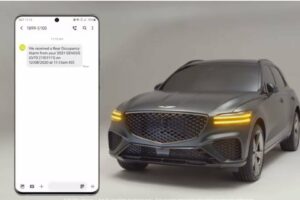 In this calendar year alone, 20 children have lost their lives to vehicular heatstroke. To put that in perspective, a record 53 children died in hot cars in 2018 and 2019; last year while more people were sheltering in place, only 25 children died in this manner.

Automaker Genesis wants to help save the lives of both pets and children with the advent of new technology that replaces ultrasonic sensor with high-precision radar. The difference between this radar and the previous generation is that the very high frequency detect subtle movements; Genesis uses the example of a baby’s chest rising and falling during a nap. 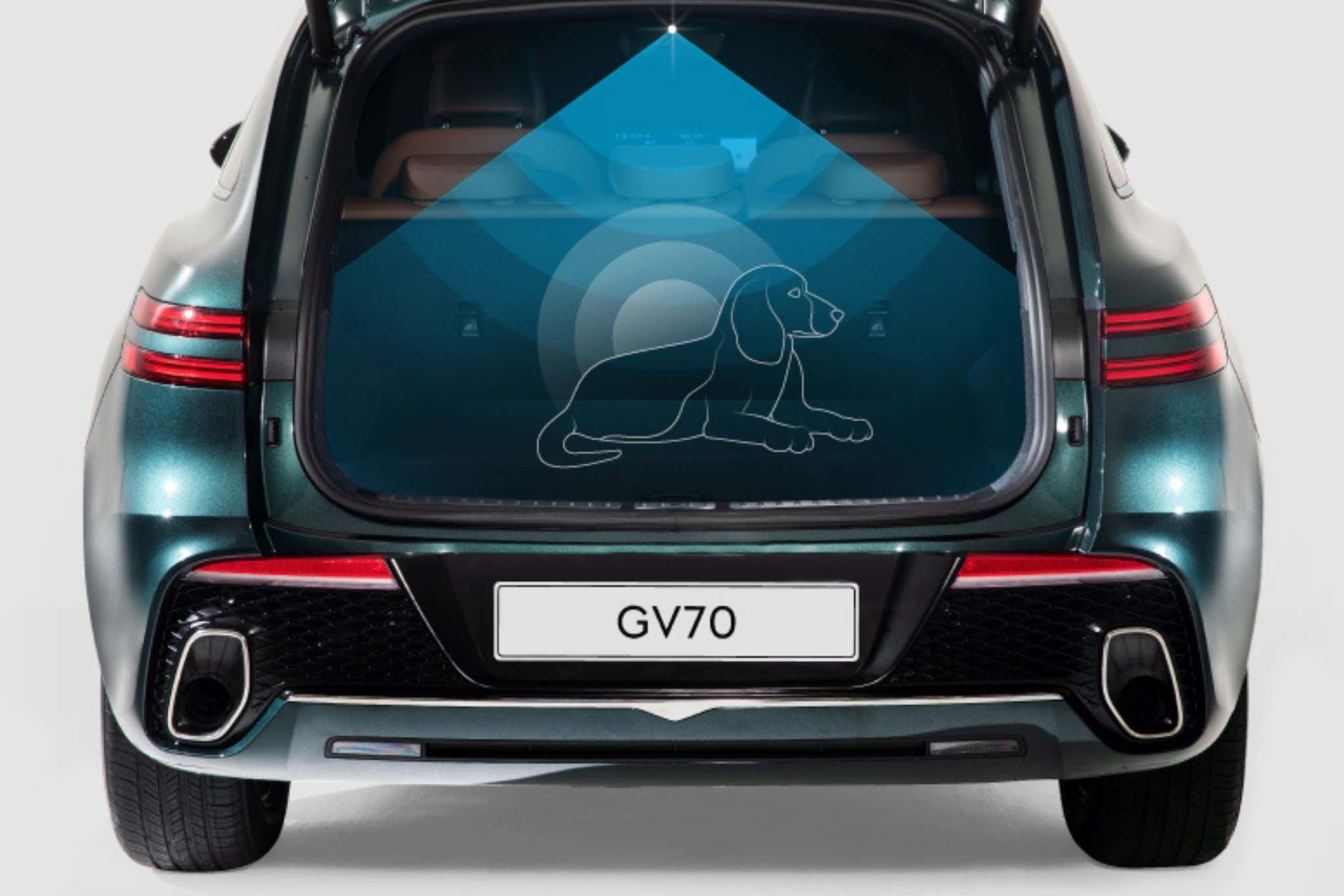 The National Highway Traffic Safety Administration says the majority of hot car deaths happen because someone forgets a child in a car. While that sounds or seems impossible, plenty of loving parents have accidentally left a baby or toddler in the car because of a change in routine. For instance, the dad usually brings the child to daycare, but the mom had him that day and drove straight to her office instead of dropping him off. Sleep deprivation with a newborn can also affect your reflexes and memory. I know when my son could unbuckle himself and open the door, I started feeling a little less anxious about the possibility of him getting stuck in the car in any instance.

It’s not always the case of a child being left in a car by mistake; sometimes kids crawl into unlocked cars and can’t get out again. And certainly, kids aren’t the only ones in danger in a hot car. Pets are often left in the car with the windows cracked, and especially in places with a hot climate (like Texas) that doesn’t do squat to help. According to the NHTSA, the temperature inside a car can reach over 115 degrees even if the outside temperature is just 70 degrees. 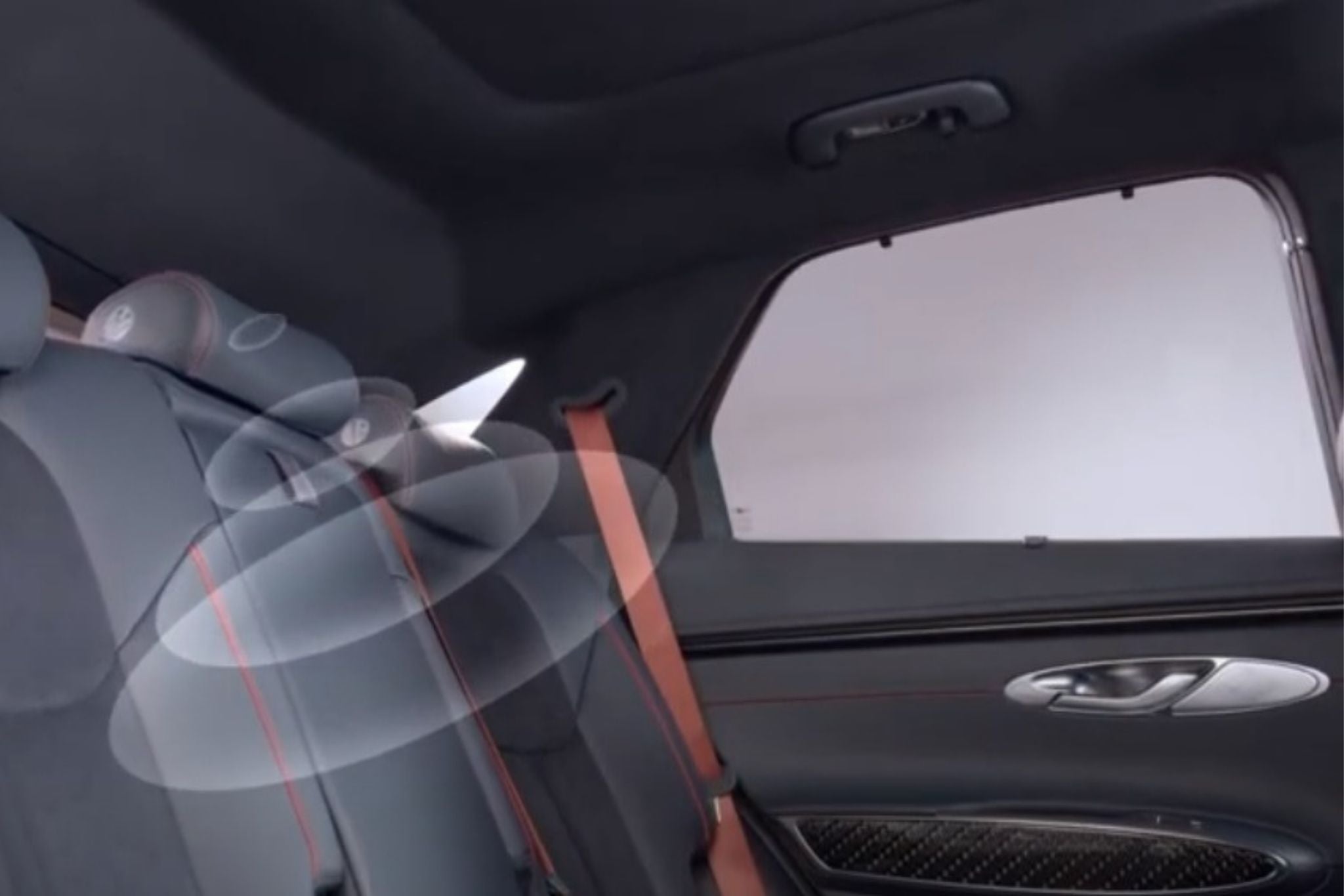 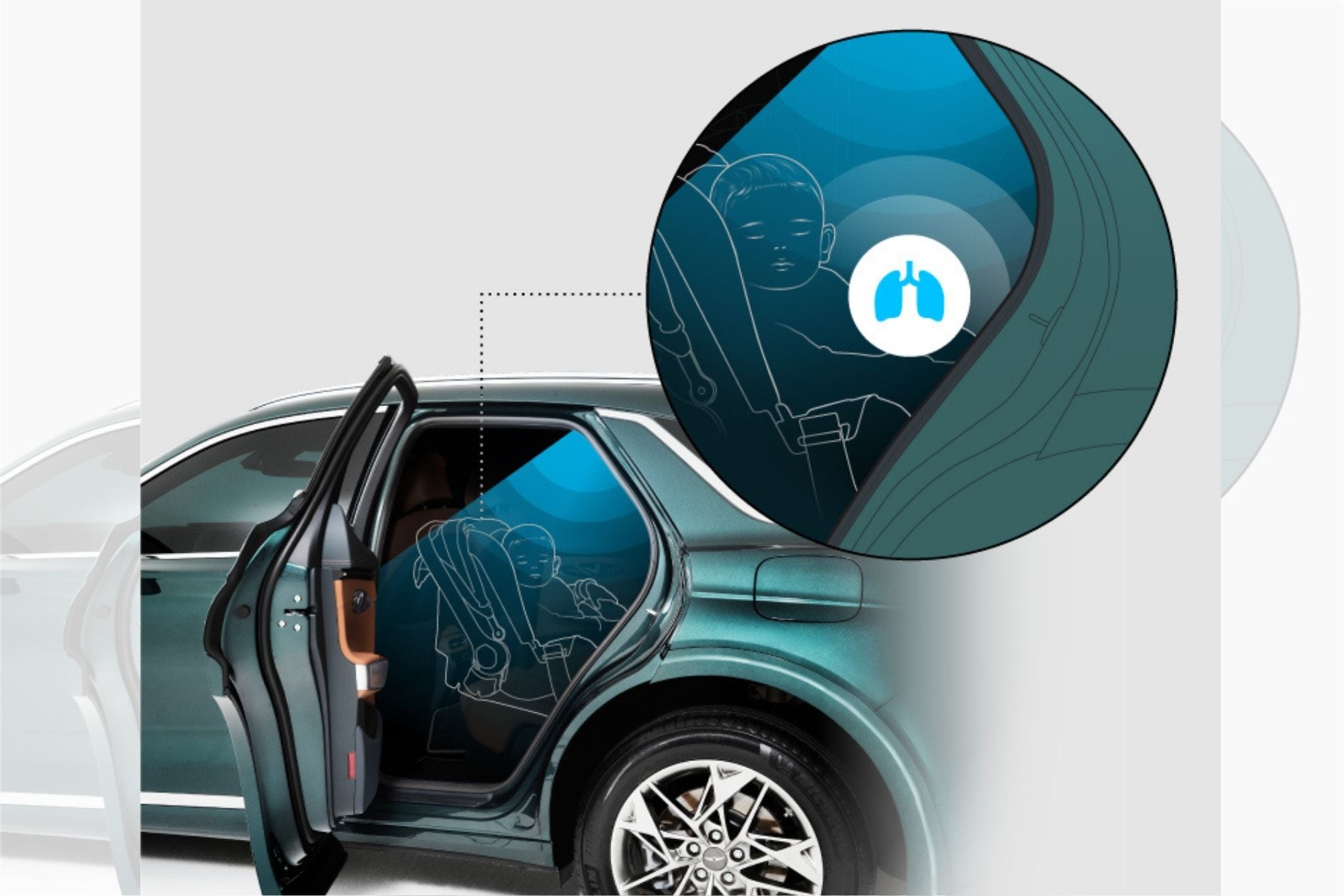 In a Genesis G70, when you turn off the engine and open the driver’s side door after having closed the rear door or tailgate, the “check rear seats” warning appears in the instrument cluster. After the first alert, if any movement is detected inside after the doors are locked, the secondary alert kicks in. At that point, the hazard lights flash and the horn sounds. Genesis Connect subscribers also receive a text to warn them that a person or pet is still in the car.

“The high-performance radar sensor installed in the Genesis GV70 is equipped with a high-performance microchip to efficiently perform complex signal processing such as size setting of the object to be detected, movement pattern, movement change, and noise component removal. This makes it possible to detect not only the general movement of the rear passenger but also the minute movements that occur even when the body is not moving, such as breathing.”

In 2019, Nissan joined other vehicle manufacturers in a pledge to have a rear seat reminder feature in all of its cars and trucks by model year 2025 or sooner; a Nissan engineer designed a system using door sequence logic for this purpose. However, the Genesis system is more sensitive and advanced and could save more lives.

If you don’t have kids or pets, you may disable the feature from the steering wheel temporarily or in the setting menu on the infotainment system permanently.

Just in case you see a pet or child in a hot car and no one is around, stop and check. Is the child responsive? Is the pet lethargic or panting a lot? Call 911. Vehicles heat up quickly even in moderate weather, and the NTHSA says that many states have “Good Samaritan” laws that protect people from lawsuits for helping a person in an emergency.