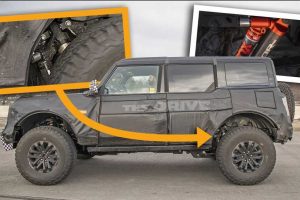 Little is known about Ford’s high-performance Bronco-Raptor mashup: the Warthog. What we do know—or have an idea about—is that the 2.7-liter EcoBoost V6 engine will most likely remain the same but get tuned for more power, that the tires will be bigger than in the regular Bronco, and that the exterior will definitely be much more aggressive-looking. But what about the suspension? Well, now we have an idea.

Thanks to a missing piece of camouflage—previously seen with “Warthog Shock Cover” scribbled on it—we now know that Ford plans to install the same Fox Racing Live Valve shocks it puts on the F-150 Raptor pickup onto the Bronco Warthog.

This is an important development in revealing this new truck’s identity, as its massive 37-inch tires were doing most of the talking before. Now, with the knowledge that the truck has the same dampers as the Raptor, we know that it’s definitely the hardcore machine we’ve all been waiting for. And that hardware, as if we needed to tell you, is no joke. 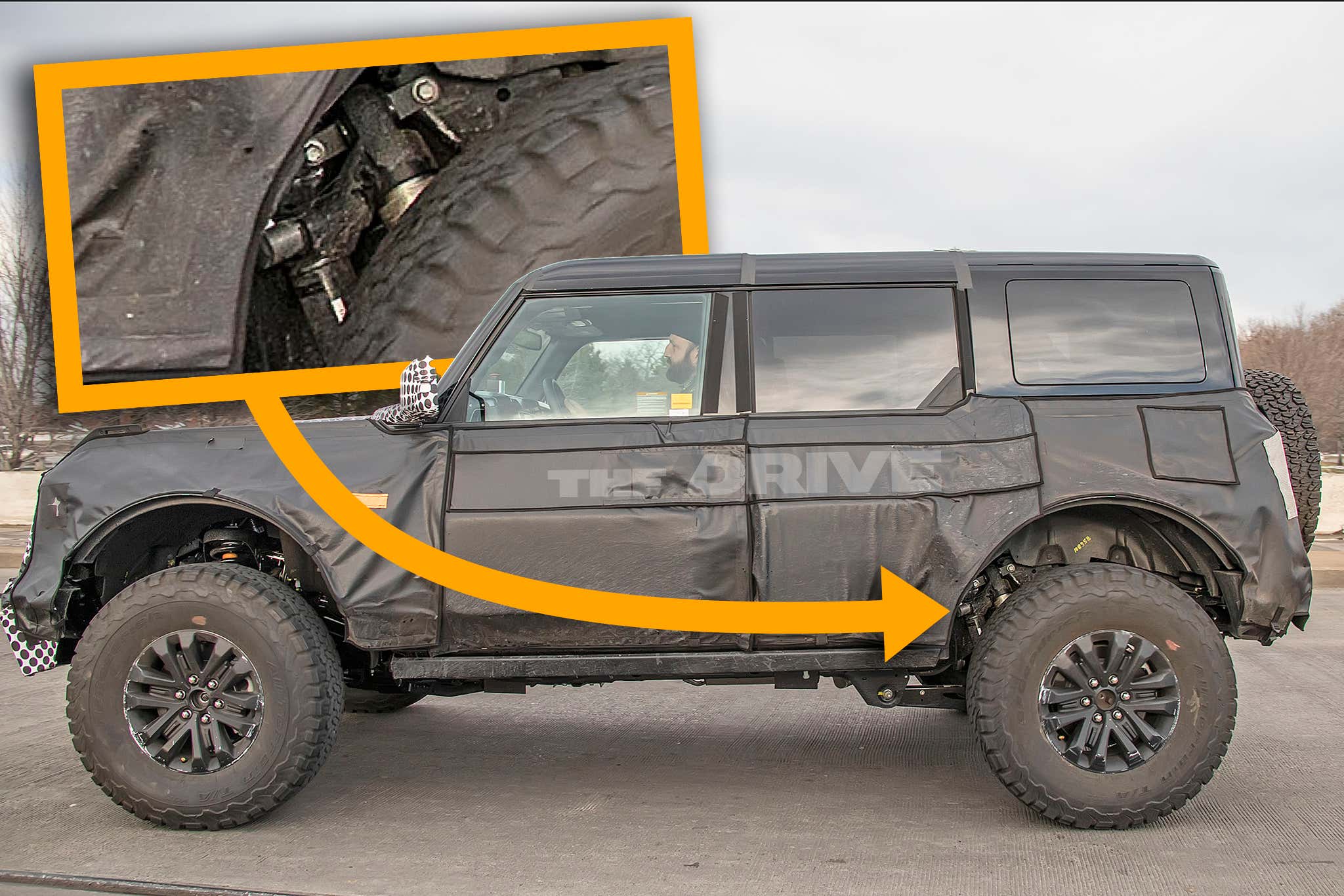 Fox’s Live Valve shocks are electronically controlled and can change the level of compression damping they provide depending on the driving situation on the fly. They take information from accelerometers, steering input, and a number of other parameters to ensure that the suspension is always tailored to the driving situation at hand. Fox says that the shocks are progressive, being softest under light load and then tightening if you decide to do something like drive off a jump—something it’s already shown to be very capable of. 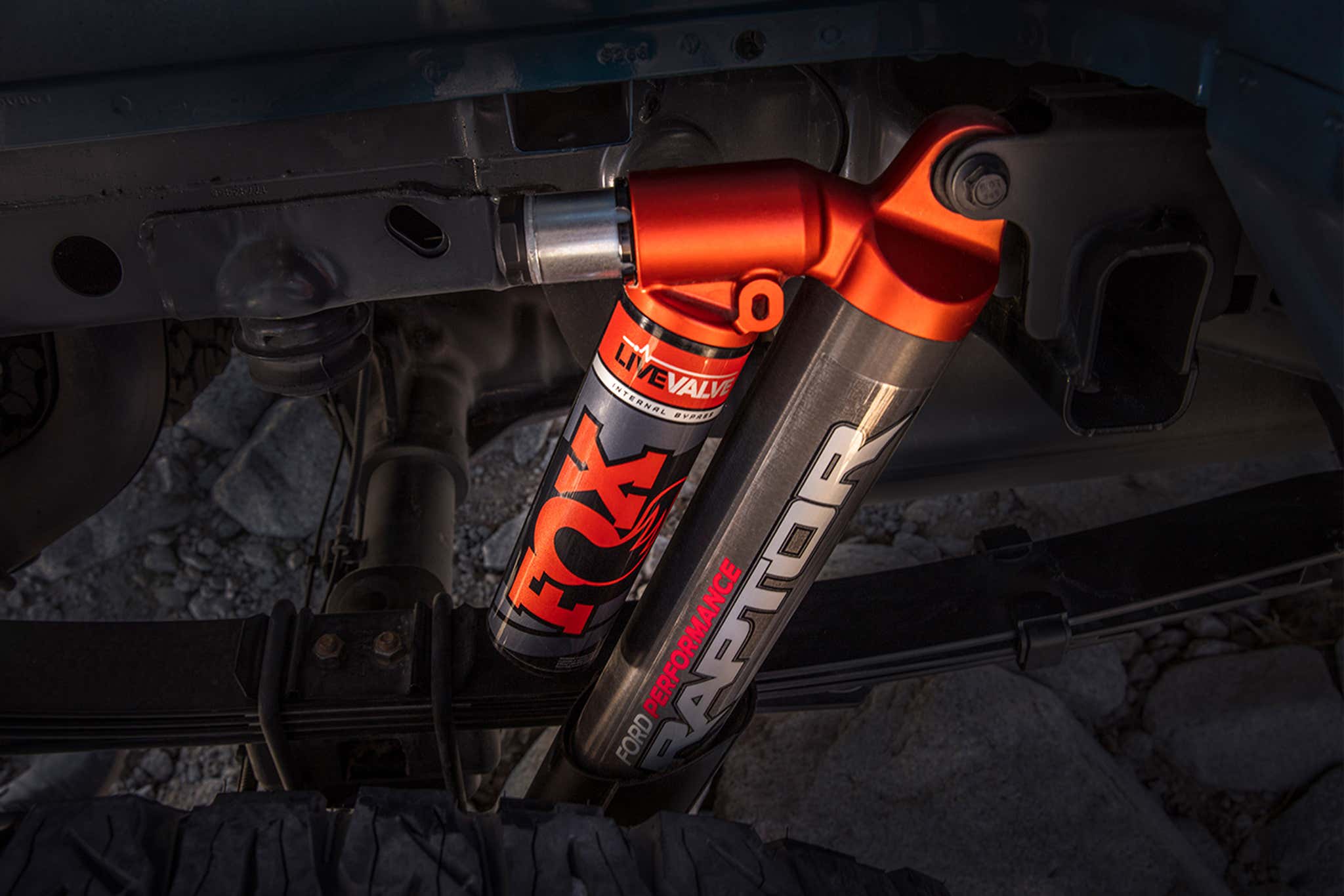 They have already proven themselves effective on the Raptor, indeed they use a “jump sensor” that can pre-load the suspension in midair to avoid bottoming out upon landing. Ram uses a similar shock, albeit not built by Fox, in its Ram TRX pickup, which is in the same league as the Raptor. The Bronco Warthog’s suspension is a bit more sophisticated than the Raptor’s, though. That’s because it uses rear coil springs, instead of leaf springs as the pickup does. 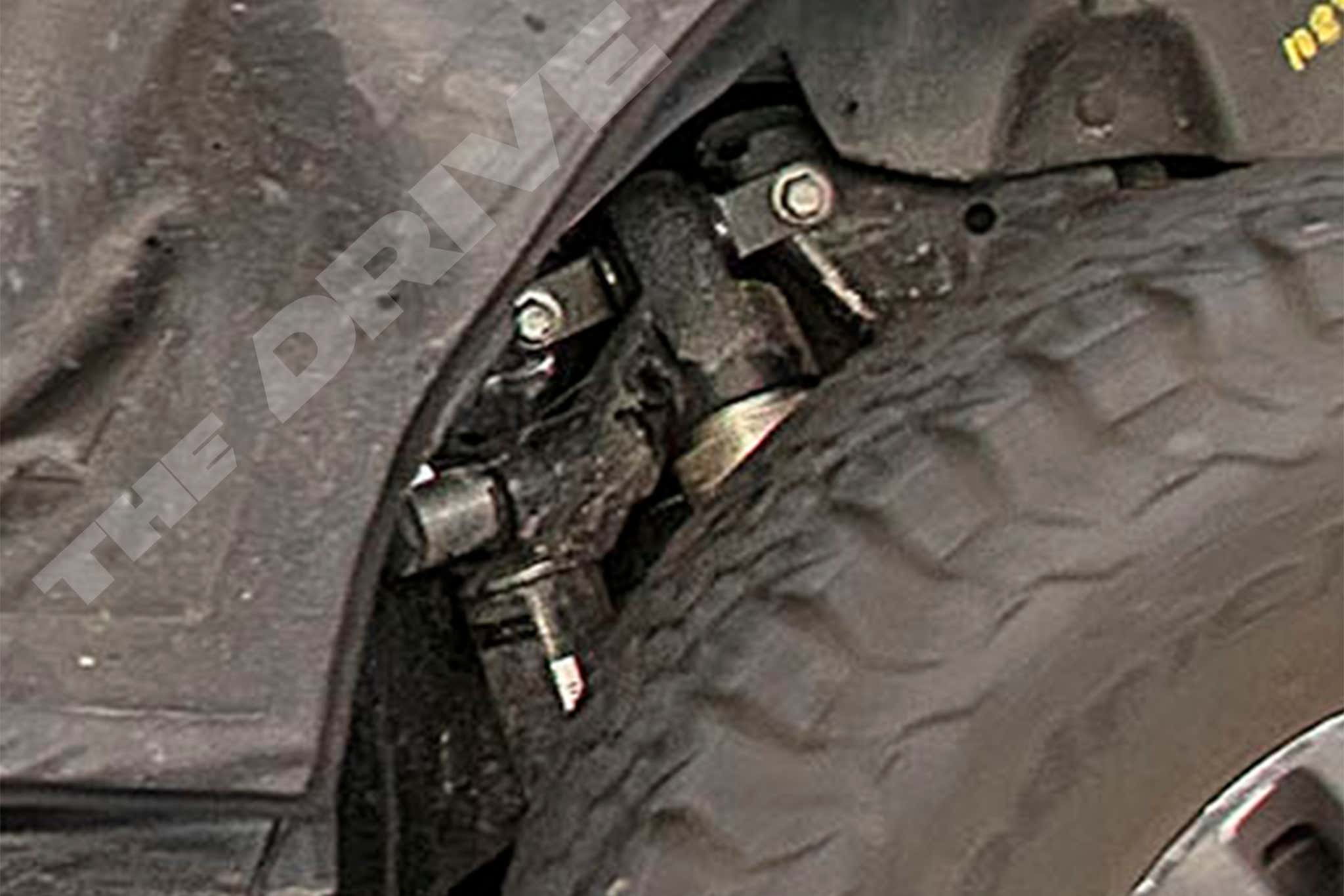 So it looks like the puffed-up Bronco will be a Raptor in spirit even if not in name, taking a few of the same parts to get the job done. The unveiling date, and indeed nearly any information about the Bronco Warthog is still yet to be released or even confirmed, but with the Raptor being a huge success for Ford and the demand for trucks and SUVs higher than ever, it’s likely the Dearborn is in a hurry to get it on the market.

If you’re impatient, though, you can always attempt to pick up a regular Bronco when they arrive at dealers in late 2020, and early 2021. Good luck with that, though.