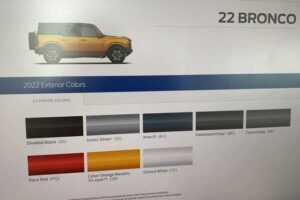 The Ford Bronco has been one of the most anticipated and sought-after vehicles in recent memory. By all reports, it lives up to the hype. Just a few months after production began in earnest, Ford is now looking towards the next model year. Leaked images shared on Bronco6g.com suggest that we may see the 2022 color palette slimmed down to a few choice options.

As reported by Motor1, the Bronco looks set to lose several colors once production switches over to the new model year. Lightning Blue is an obvious candidate for the chopping block, as it was offered as an exclusive color for the First Edition models. The leaked image further indicates that Antimatter Blue, Velocity Blue, and Rapid Red have all been deleted for 2022. 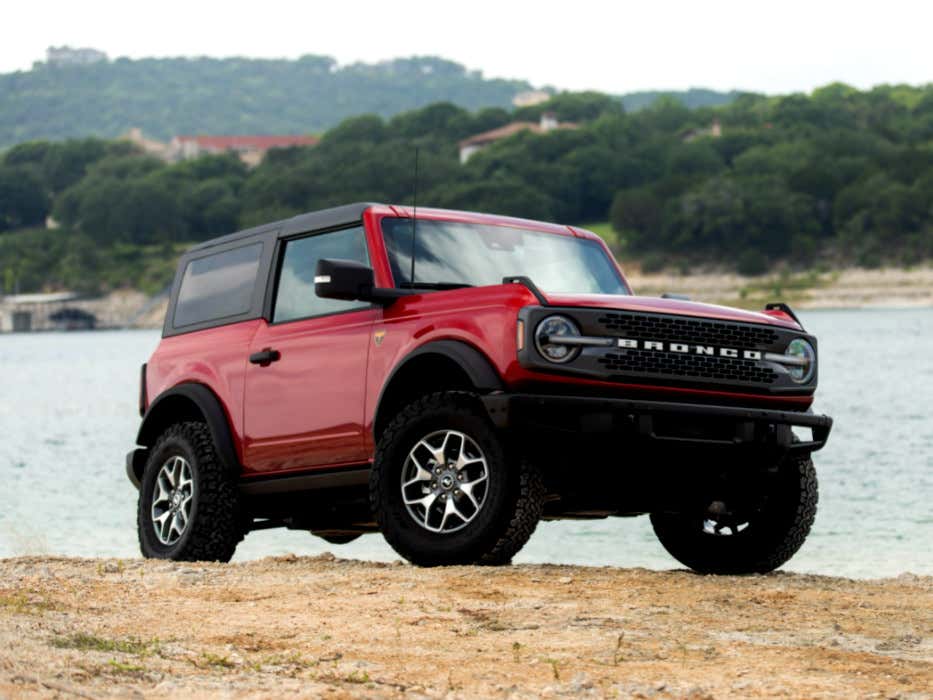 The source of the image isn’t clear, but we’ve reached out to Ford for confirmation regarding future color options for the Bronco. Also up in the air is how any such decision could affect those with reservations or pre-orders that were bumped to the 2022 model year. Ford has already confirmed that those customers will have the original 2021 pricing honored. An FAQ on the Ford site also states that “These customers can expect new roof options, exterior paint colors, vehicle options, and special editions to be made available.” We’ll update with further details if and when we hear back.

It bears noting that there are still plenty of great colors remaining on the leaked list. The Cyber Orange paint is rather stunning, and currently a $595 premium option on the Bronco configurator. Cactus Grey is a nice flat-color choice, too. Overall though, there’s really only a couple of vibrant choices, and a lack of a blue or green that really pops. A rich metallic purple is also nowhere to be found, but we might be expecting a little too much there.

Given the excitement around the returning nameplate and its stout off-road credentials, it’s unlikely that slimming down the paint codes will have a negative effect on sales. Of course, there’s also nothing stopping Ford from releasing all manner of new colors down the road, particularly in the case of future special editions or the like. In any case, those who desire something different can always consider a wrap.