2022 BMW M5 CS: 627 HP and Rear Bucket Seats for the Most Powerful Production BMW Ever 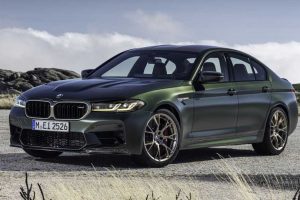 There was the M3 CS, then the M2 CS, and now there’s this: the 2022 BMW M5 CS, an even super-er super sedan that continues BMW’s tradition of capping off an M car’s production run with a lightened, tightened model. And this one just so happens to be the company’s most powerful production car to date.

To create the CS, BMW took the 617-horsepower M5 Competition and tuned its 4.4-liter twin-turbo V8 to make 627 horsepower. Torque remains a more-than-healthy 553 pound-feet but all of that is now available over a rev range that’s precisely 90 rpm wider (1,800 to 5,950 rpm versus the M5 Comp’s 1,800 to 5,860 rpm). More significantly perhaps, the M5 CS is 230 pounds lighter thanks to less soundproofing and increased use of carbon fiber-reinforced plastics. 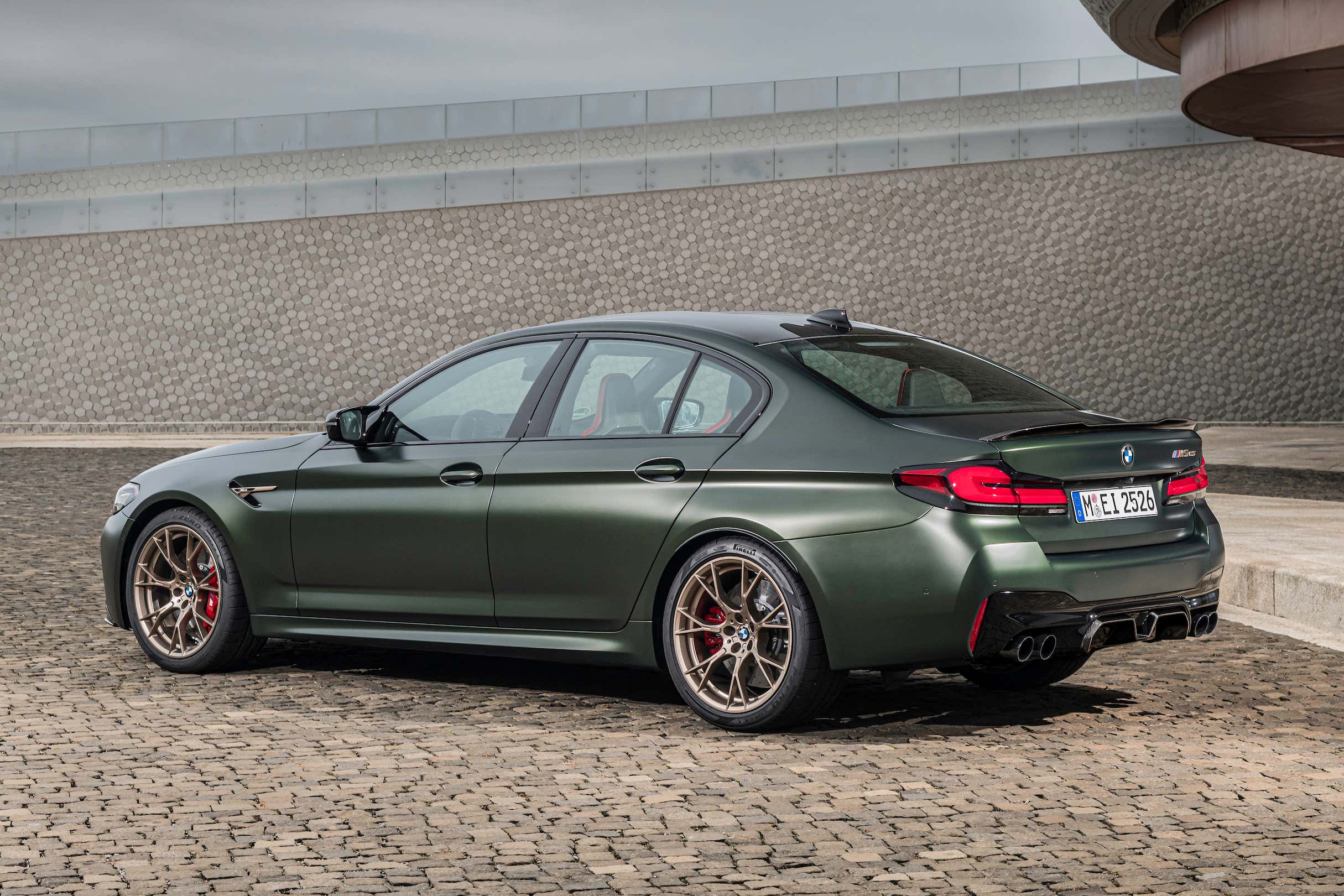 As a result, zero to 60 mph is dealt with in 2.9 seconds, 0.2 seconds quicker than the Competition model and quicker than any other production BMW that’s come before. The top speed is, appropriately, 190 mph.

To cope with the increased pace, BMW has fitted stiffer engine mounts, springs that are 10 percent firmer, more negative front camber, and lowered the ride height by 0.2 inches. The rear anti-roll bar and tow-link ball-joints have been made stiffer still. The lighter M5’s suspension has been fine-tuned to deal with both the car’s decreased heft and stickier Pirelli P Zero Corsa tires which are fitted to what might be our favorite of all the CS’s enhancements: 20-inch gold wheels. 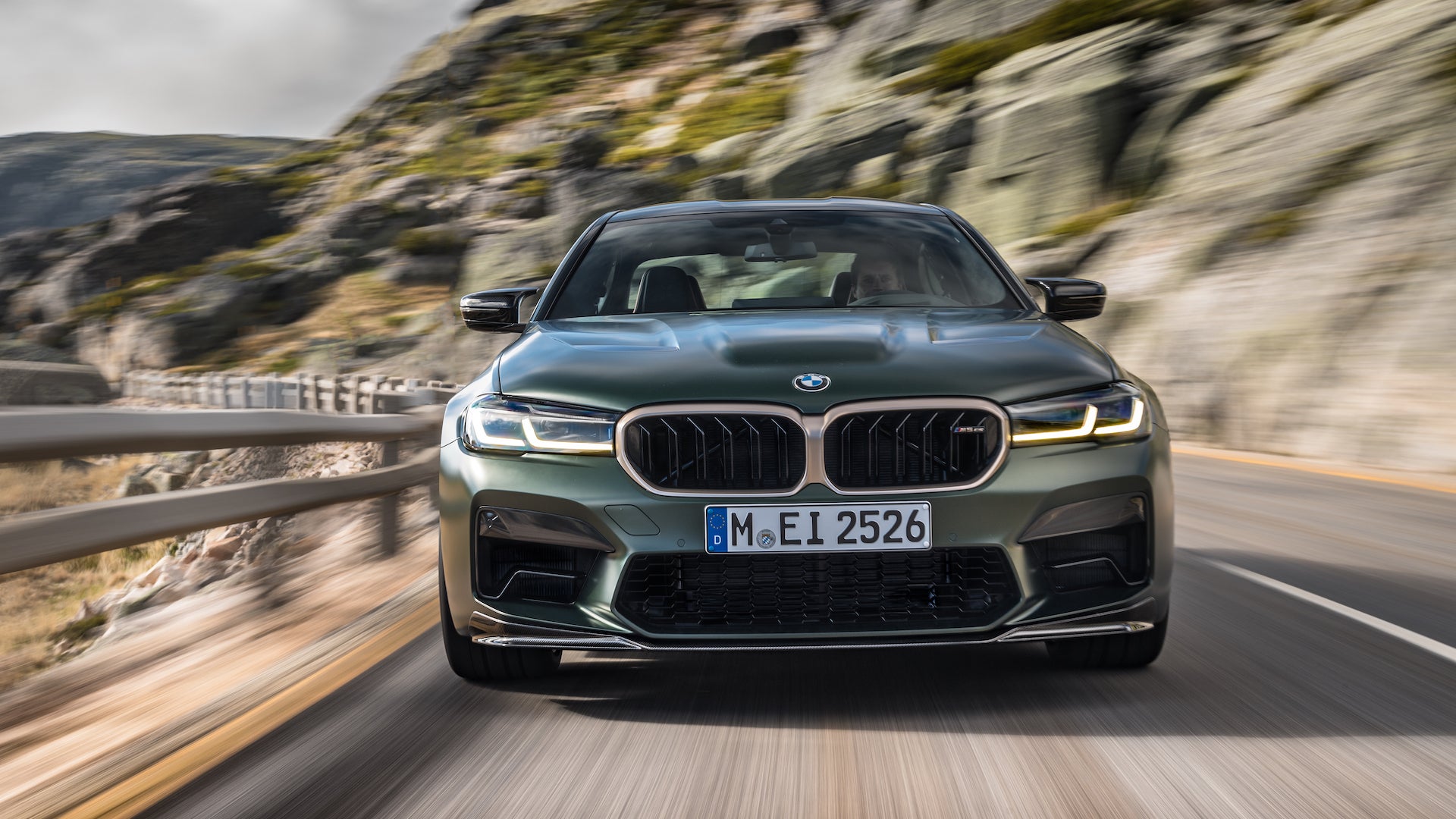 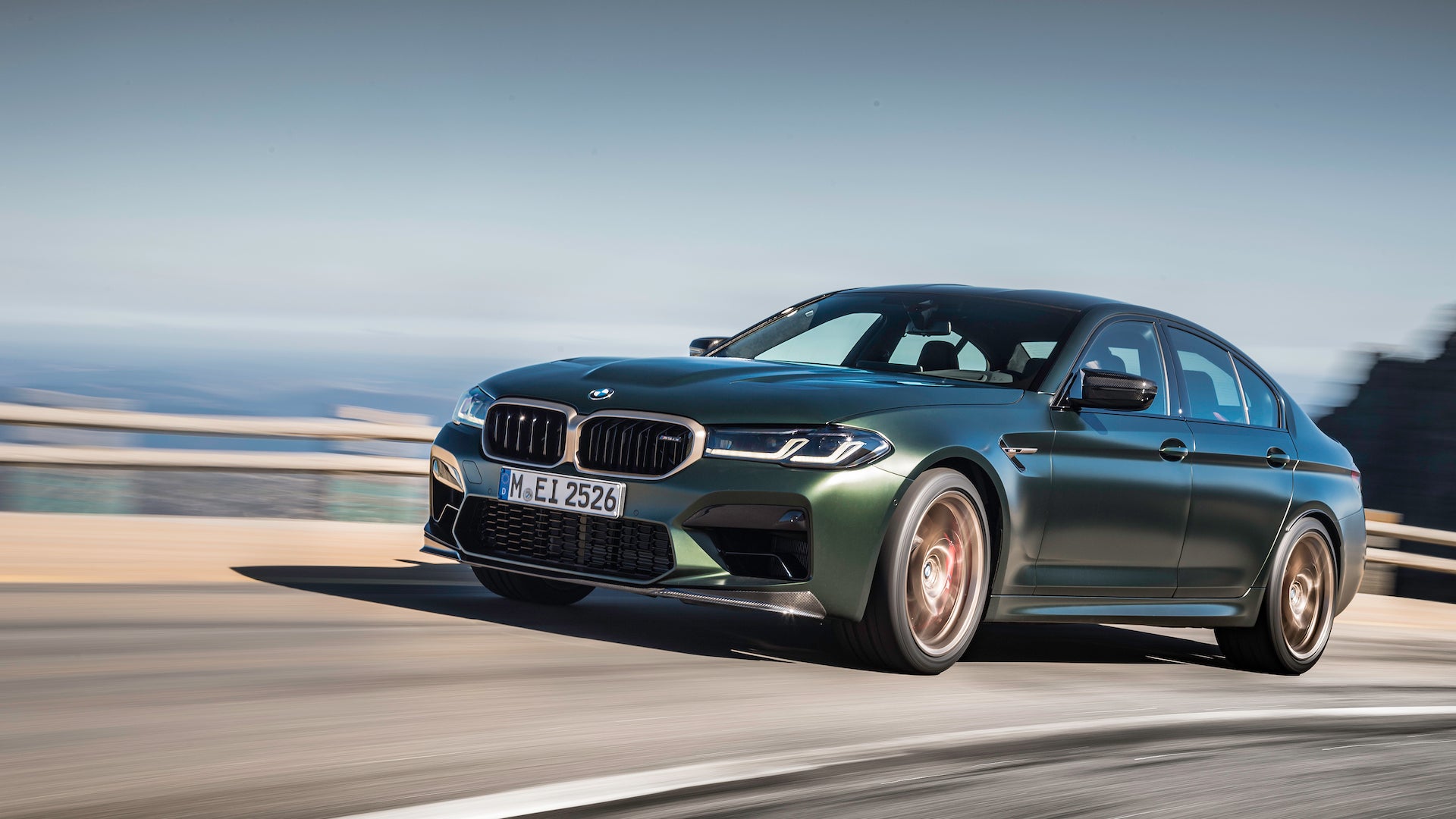 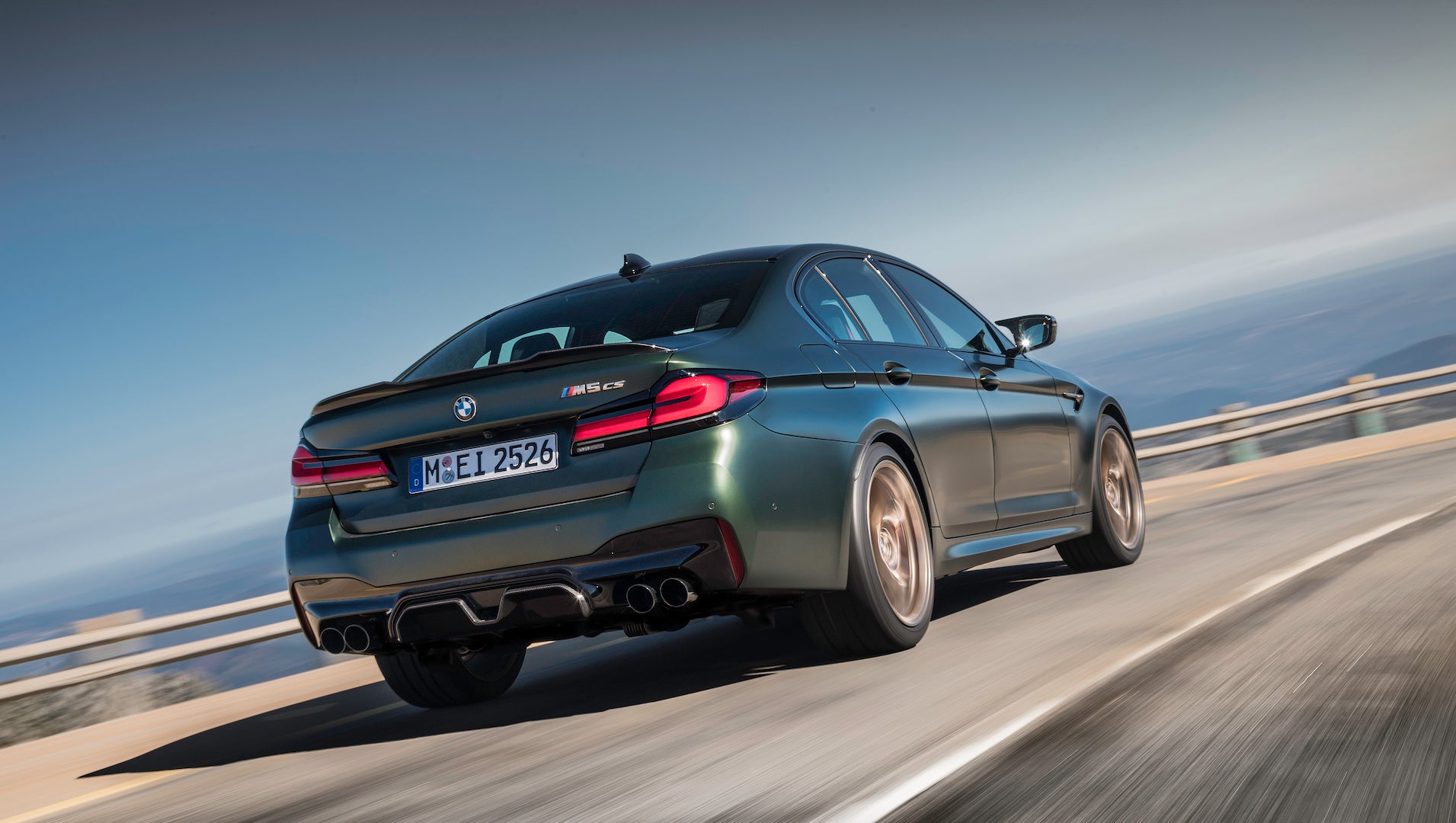 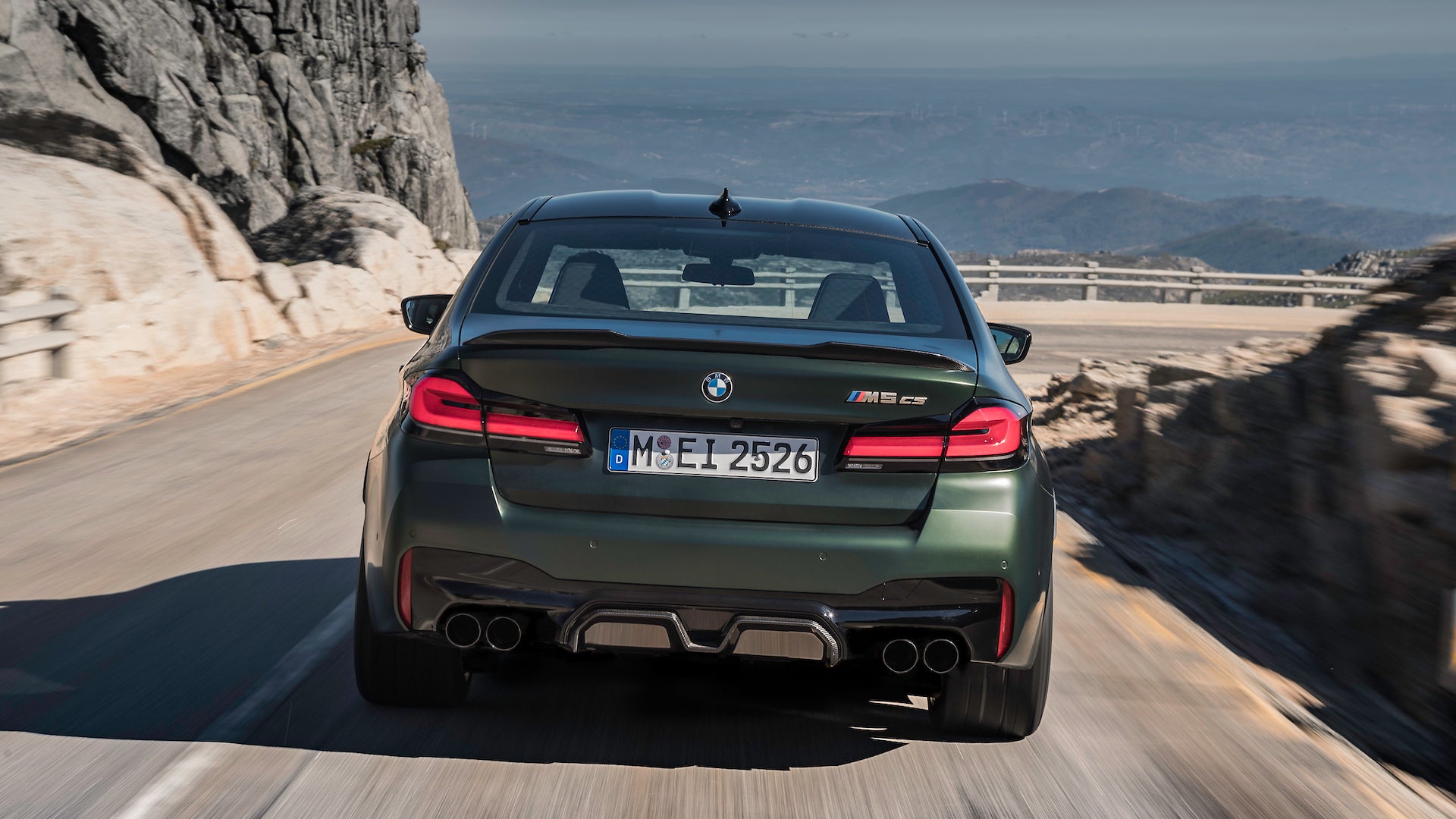 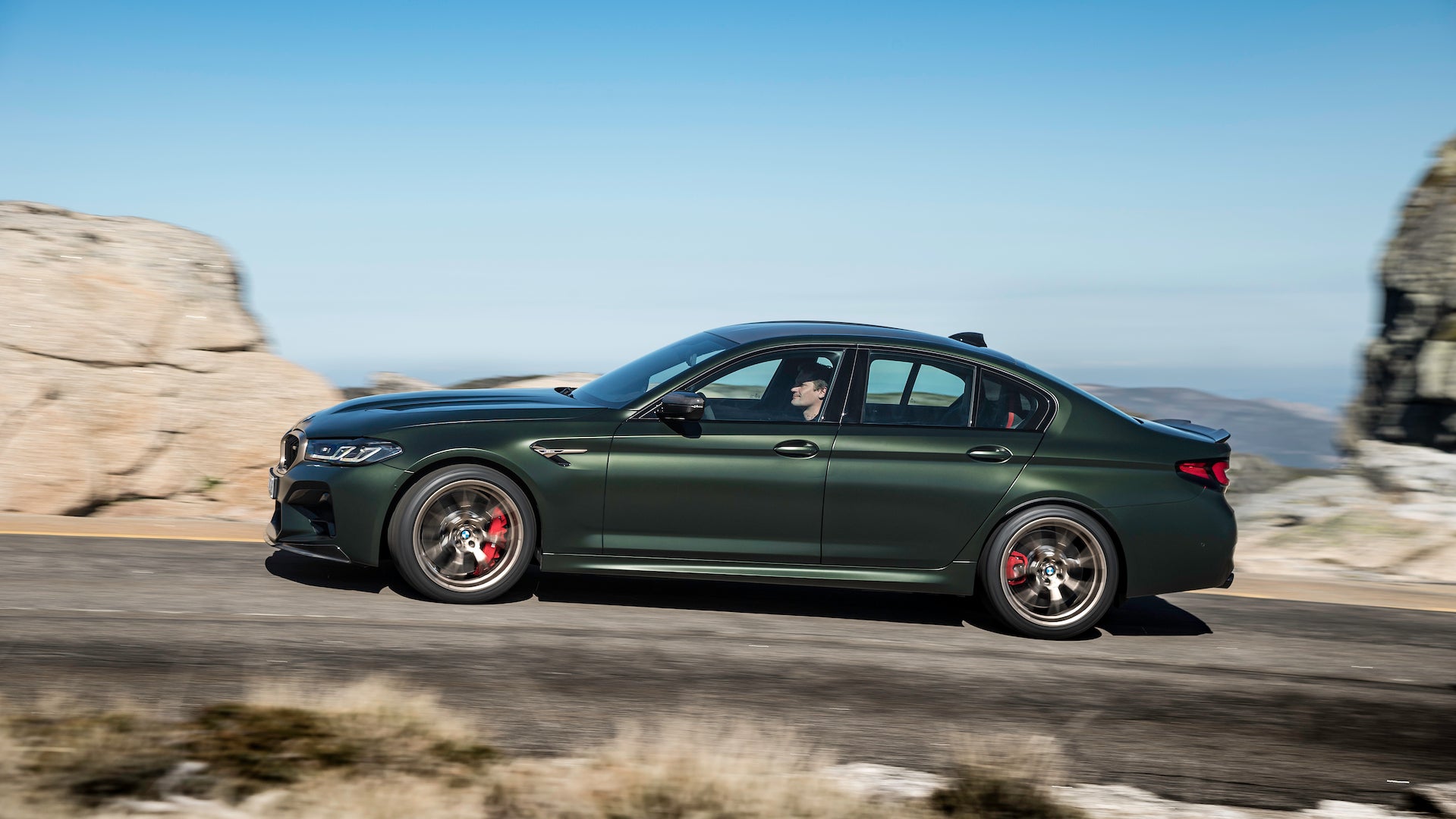 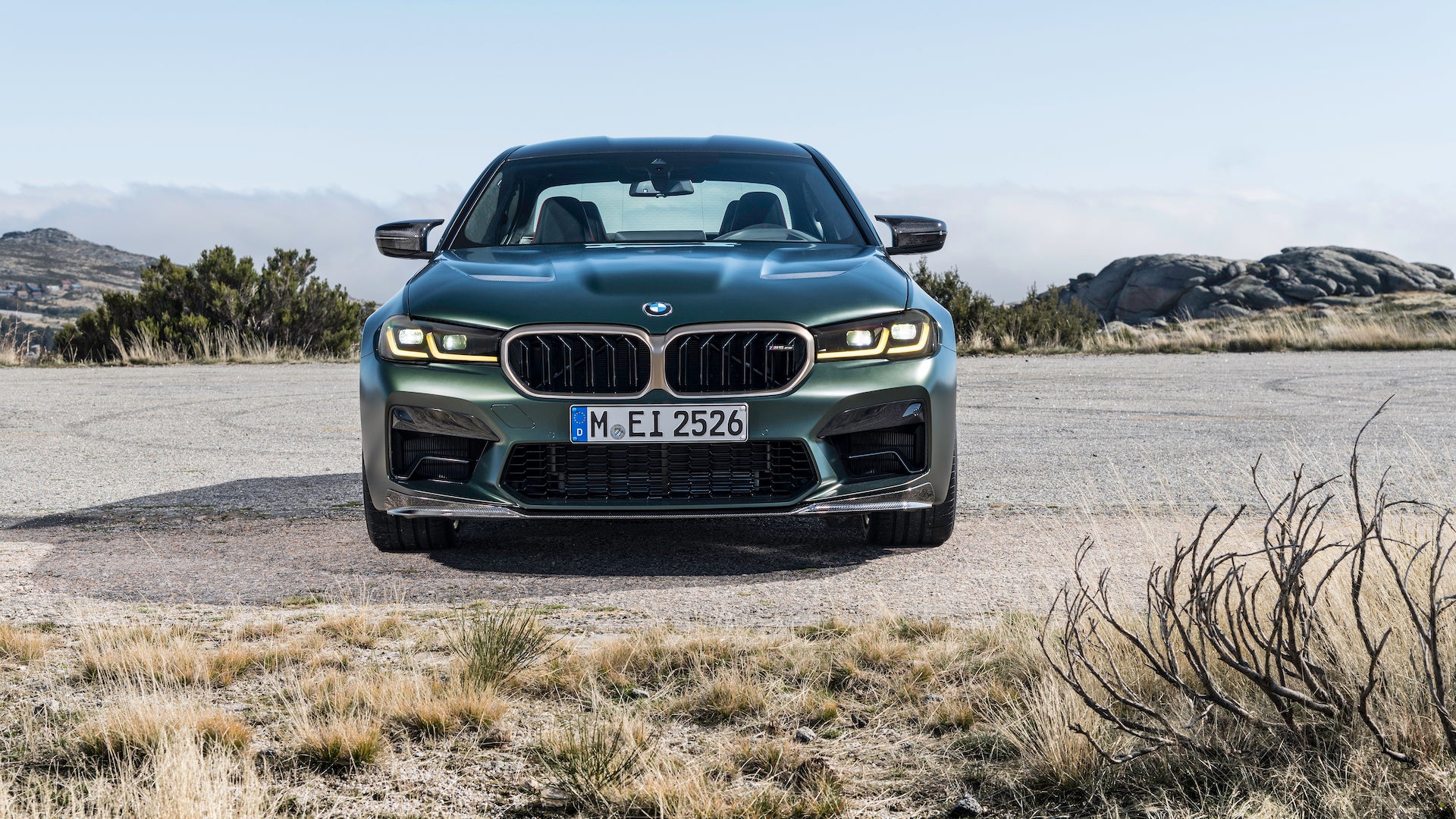 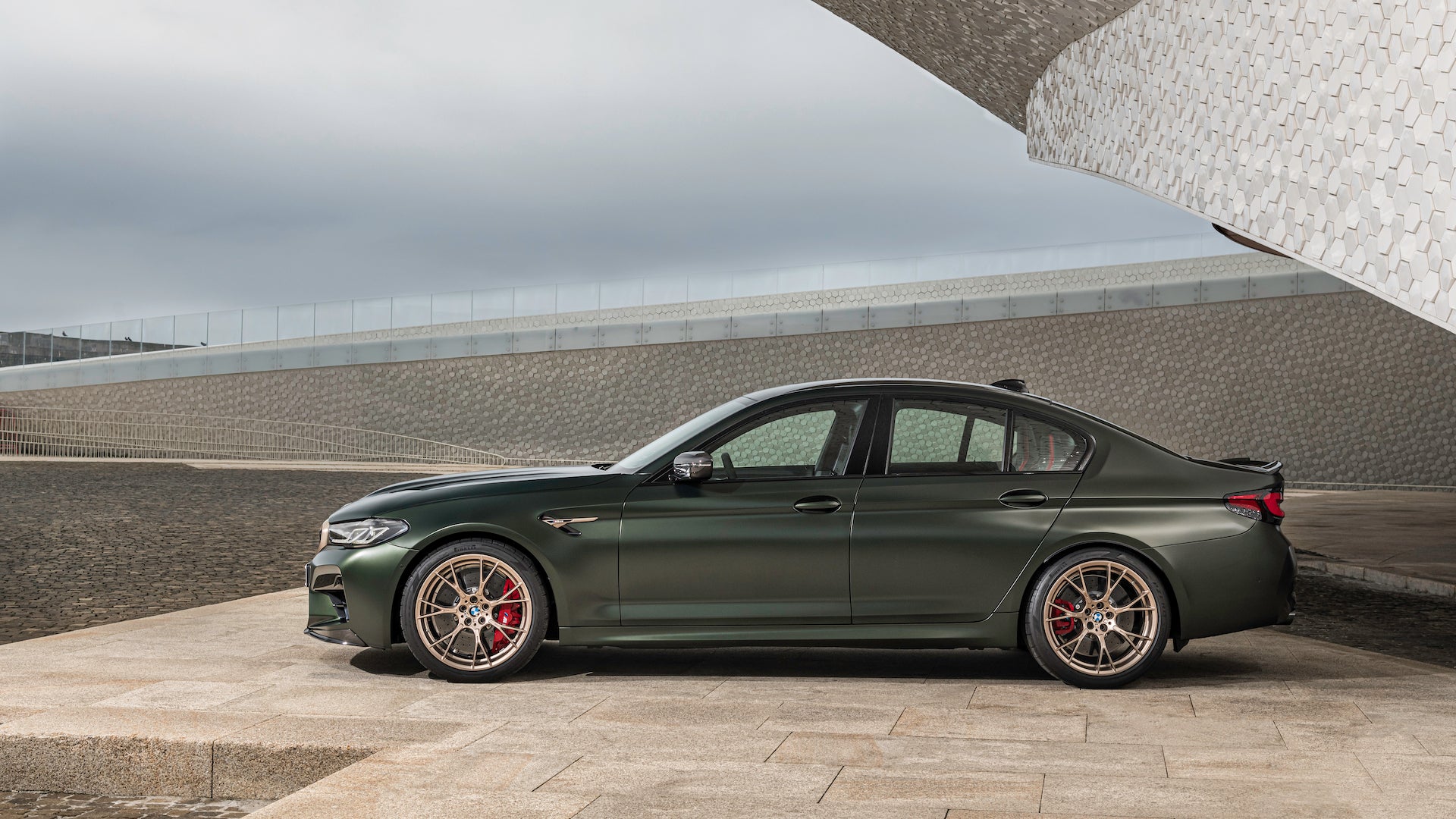 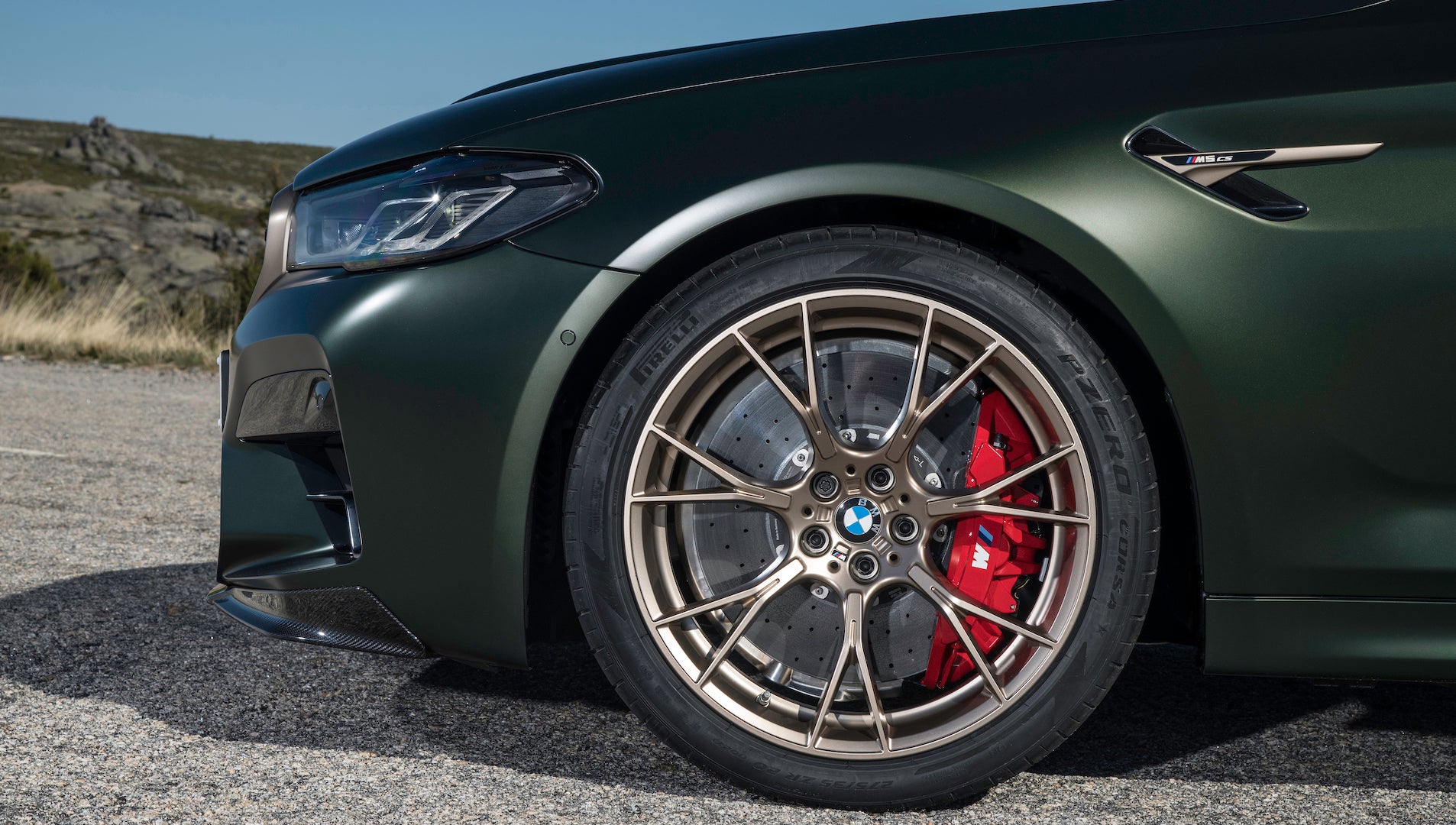 That same gold color extends to the M5 CS’s grille surrounds, badges, and fender vent trim pieces located behind the front wheels. Paired to the Frozen Deep Green metallic paint shown here, the M5 CS is one of the best things, style-wise, that BMW’s done in recent memory. (Don’t put that Frozen paint through a car wash, though.) The entire look is brought together by LED DRLs that are yellow instead of the standard white, making the more hardcore M5 look a bit like an endurance race car.

Inside, the most notable change would probably be found in the back seats, where the regular three-person bench has been replaced by two bucket seats. Yes, just like certain versions of the Porsche Panamera, an Aston Martin Rapide, or, as a more down-to-earth example, the Honda Civic Type R, the BMW M5 CS is a four-door four-seater. And what a pair of seats they are, too. 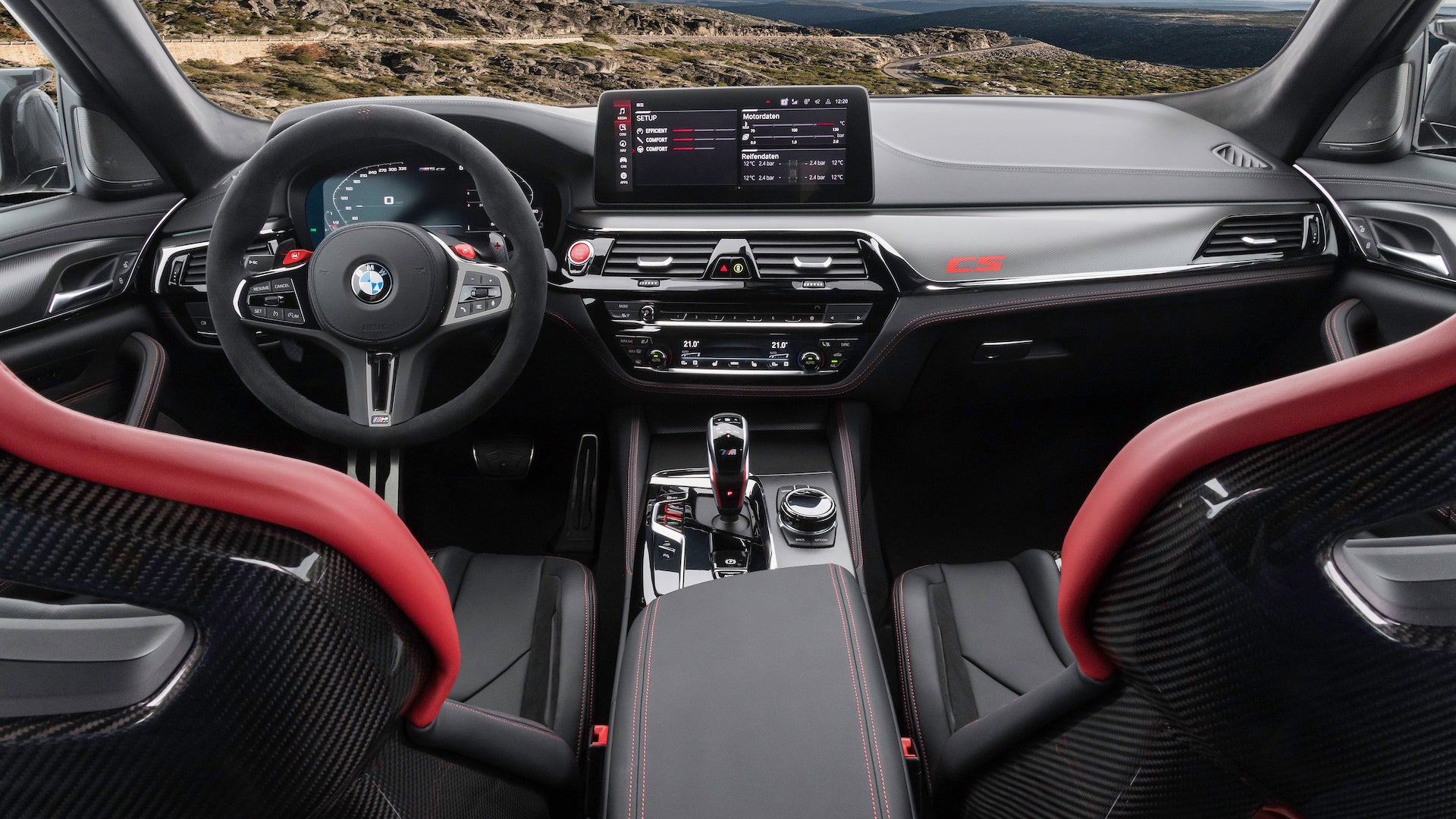 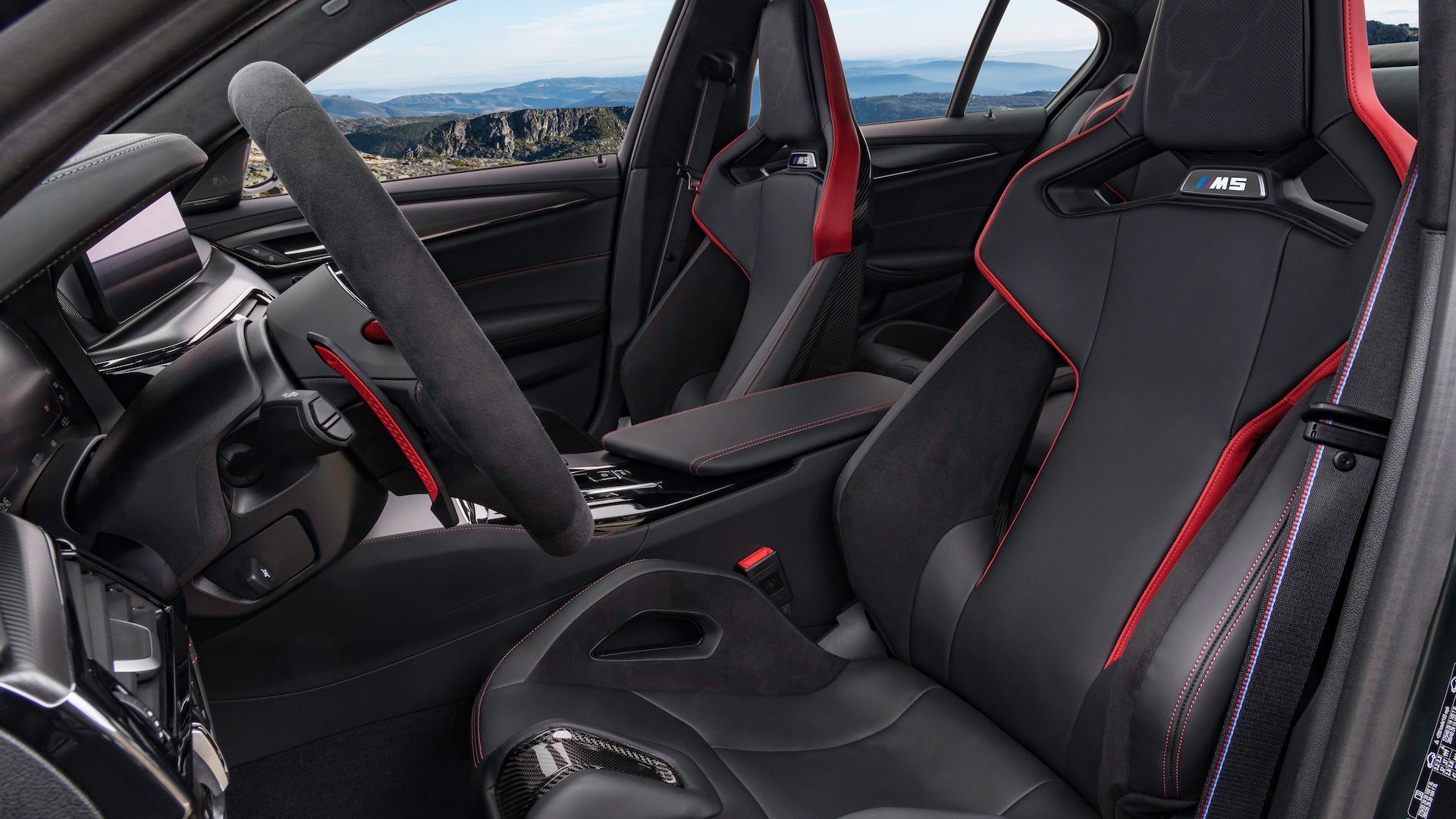 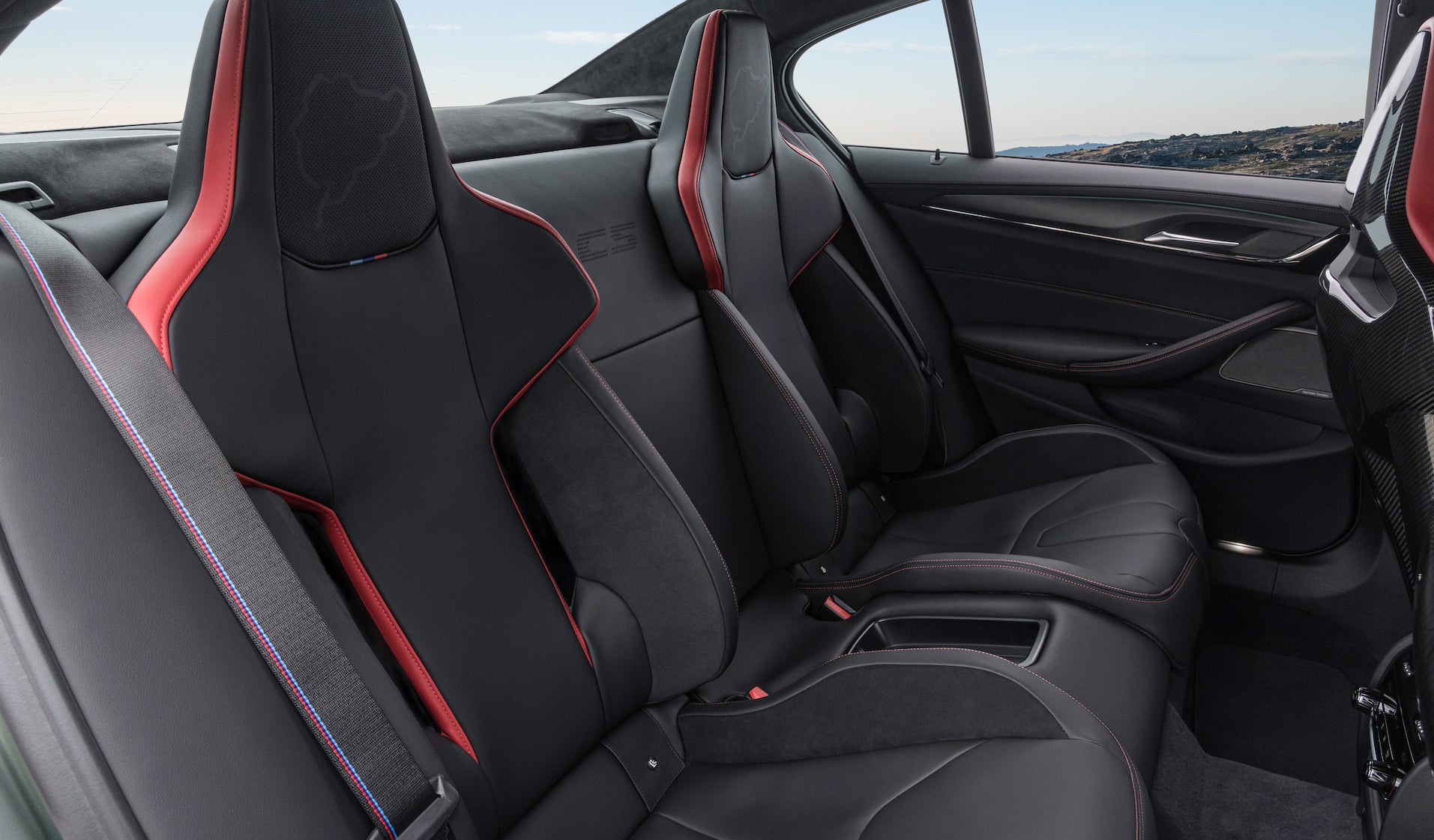 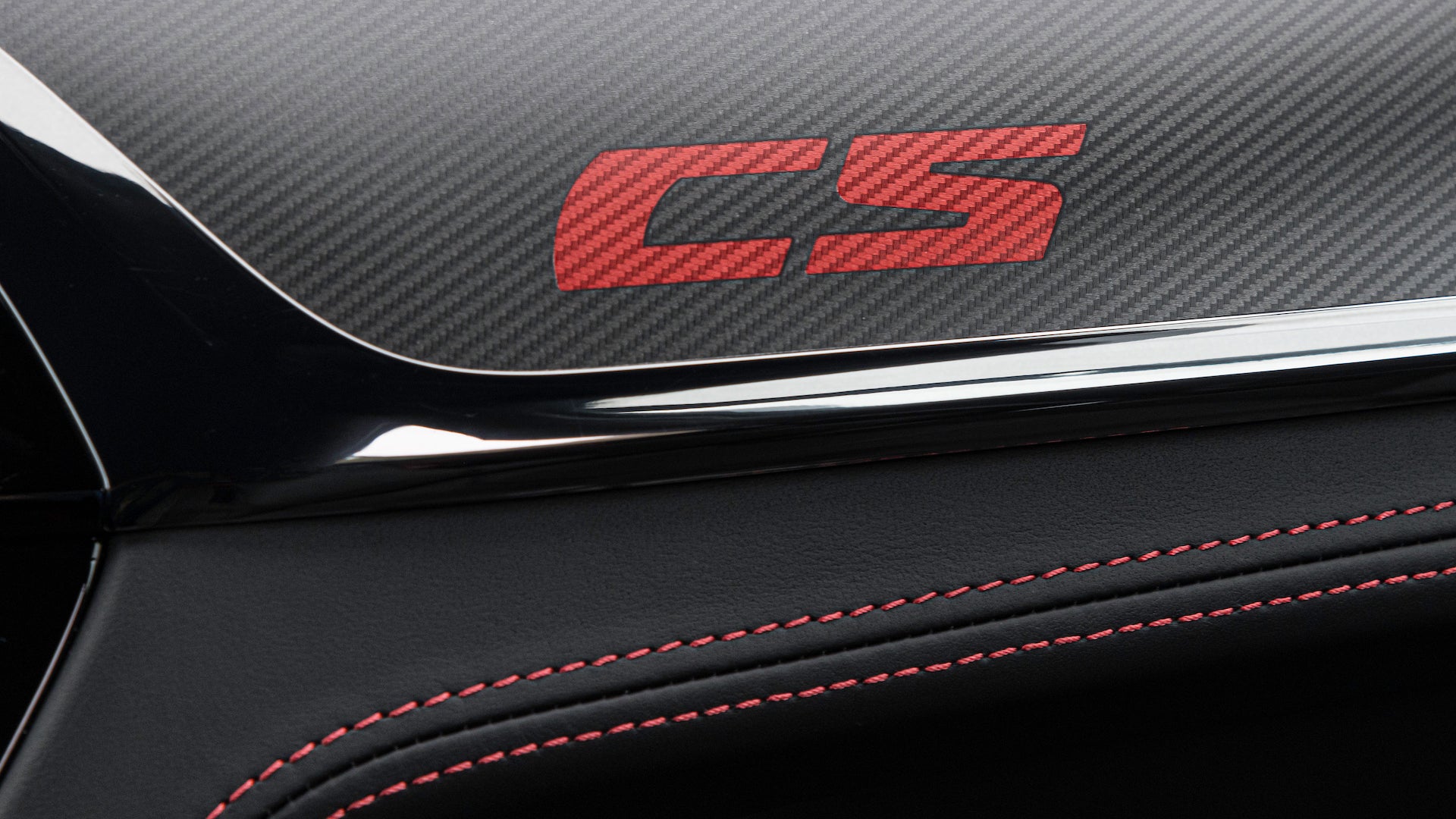 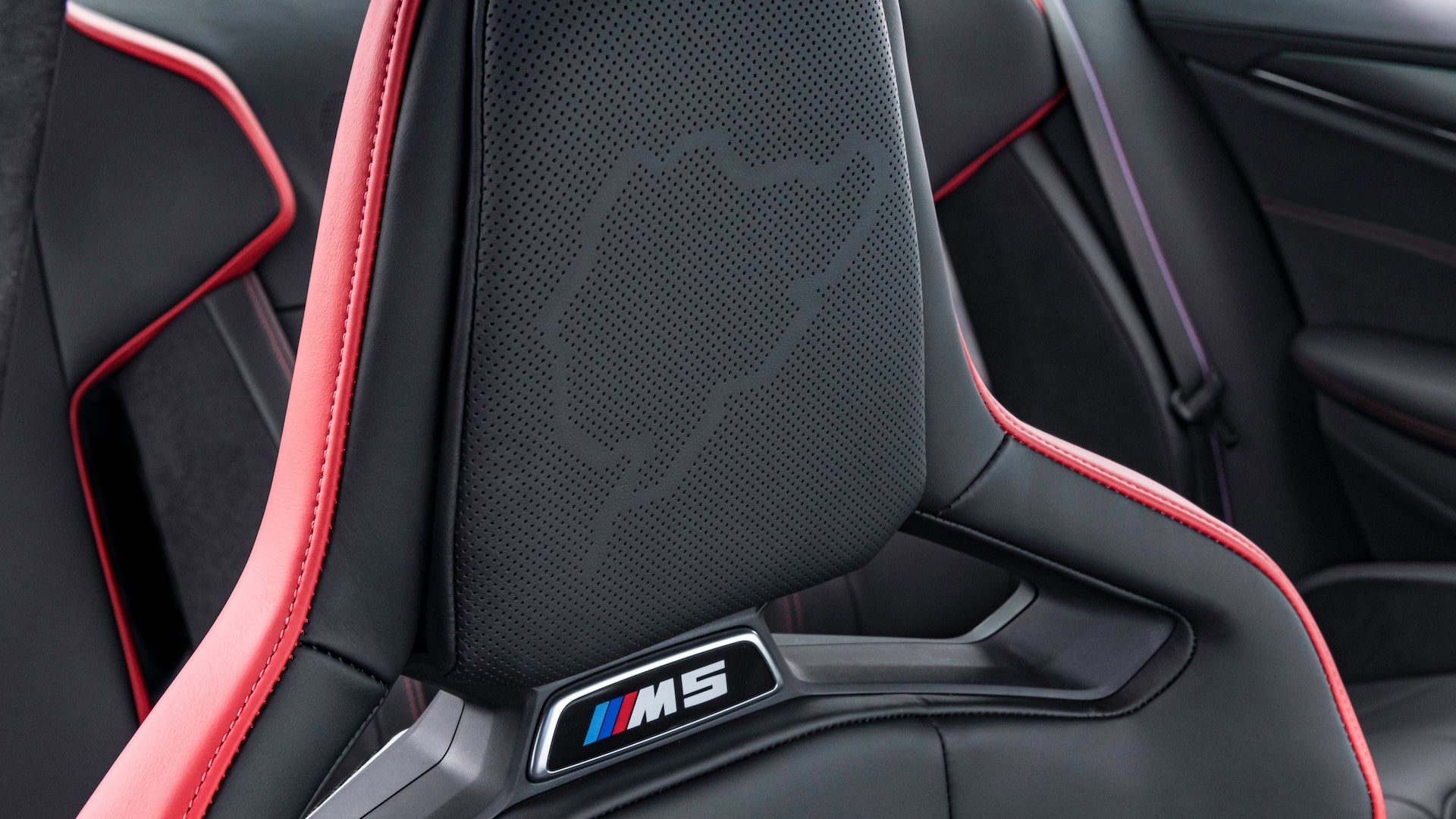 The buckets found in the back of this M5 CS look even sportier than the drivers’ seats in most other cars. Speaking of, the lightened M5’s front row gets new chairs as well, specifically, some aggressively-bolstered carbon buckets that are heated, illuminated, and adjustable. The headrests on all 4 seats are perforated so that an outline of the Nürburgring is visible. Have fun explaining that one to the in-laws. An Alcantara steering wheel with 12 o’clock marked in red along with an Alcantara headliner, red stitching, and red CS logos finish off the enhanced M5’s interior. 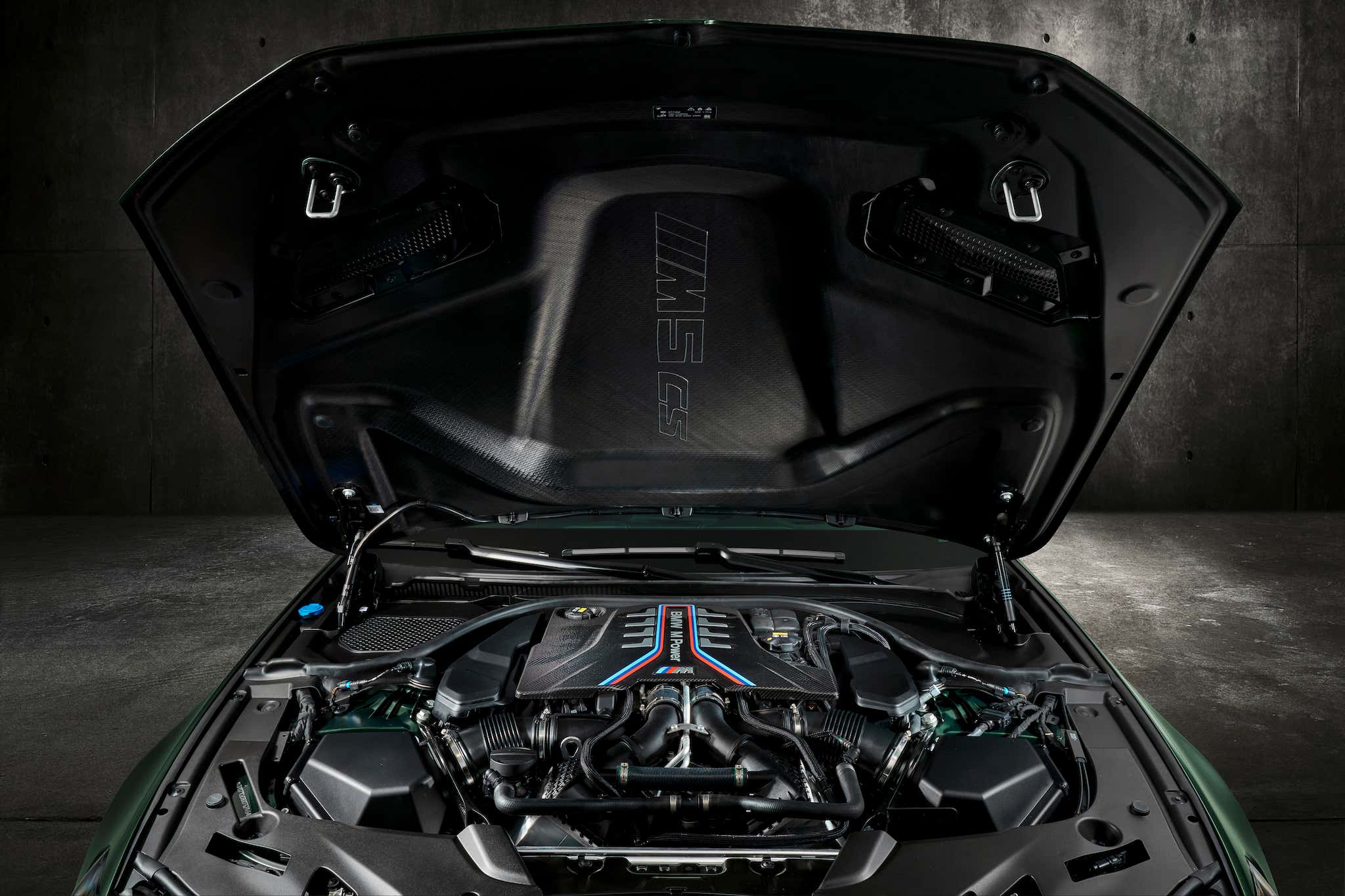 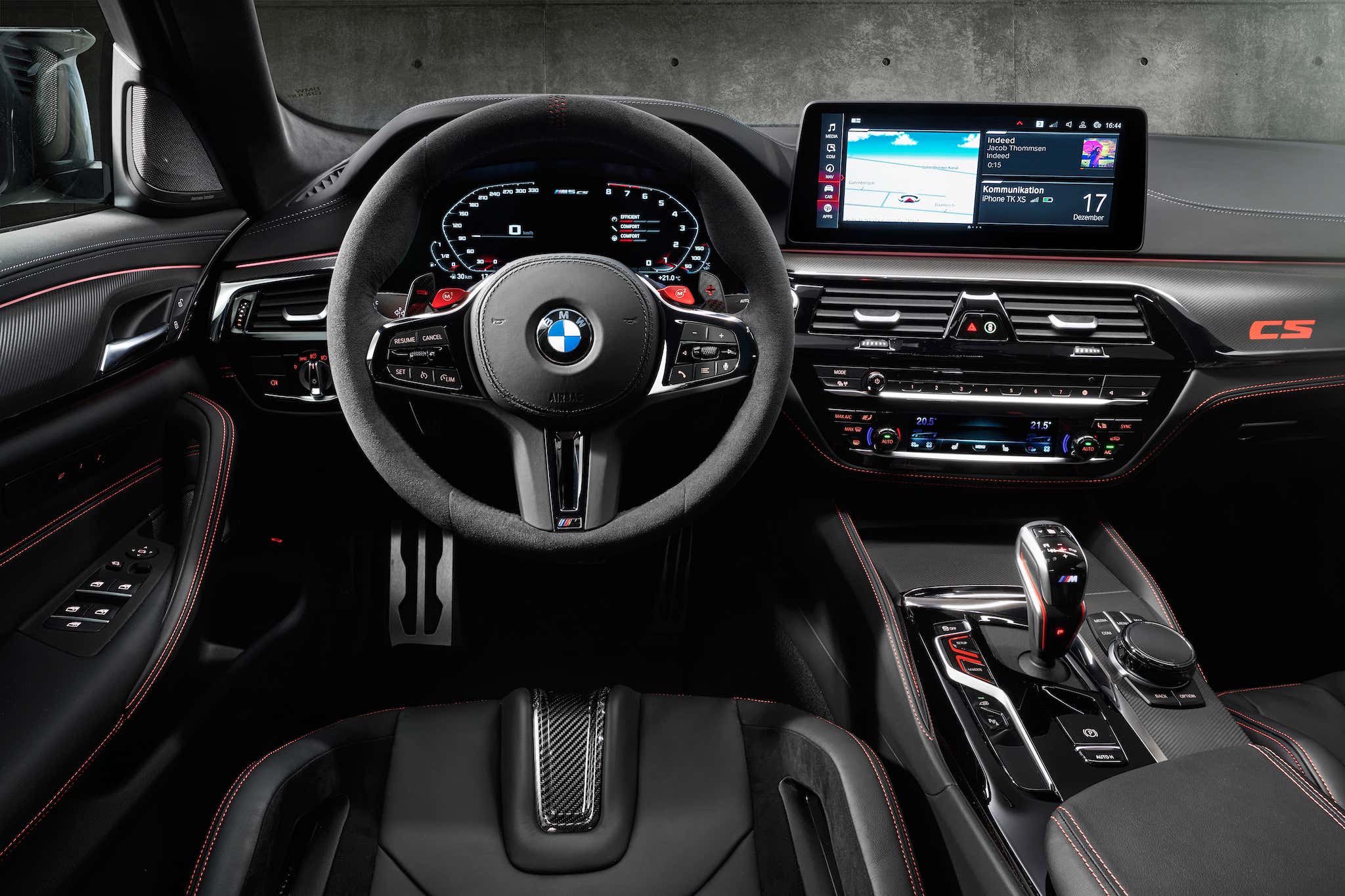 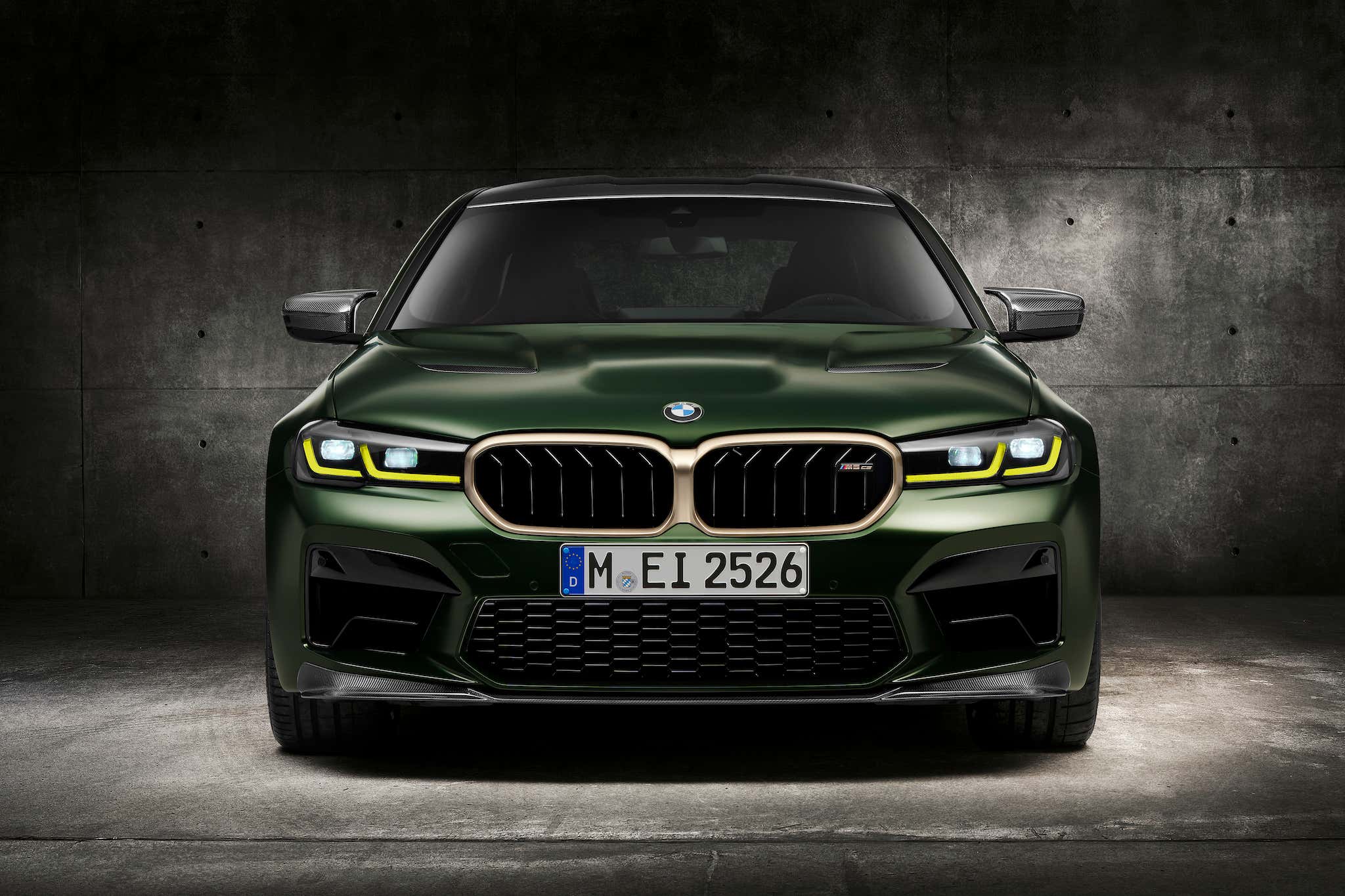