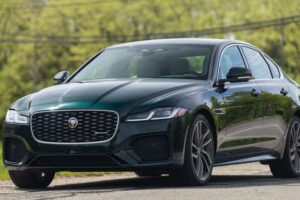 When Jaguar quietly cut its sedan offerings last year with the discontinuation the XE for the 2021 model year, it left just one (1) sedan remaining in the entire lineup. This means the 2021 Jaguar XF is now the automaker’s simultaneous base and flagship saloon.

You may remember the XF nameplate as that one Jag you could have gotten as a wagon here in the United States. That’s no more, either, as Jaguar also canceled the XF Sportbrake in the same fell swoop. Sad! But fresh off a mid-cycle update, the 2021 XF arrives with a redesigned interior and exterior. And in the name of consolidation, Jaguar cut dramatically down on the number of XF trims and models you have to choose from as well. 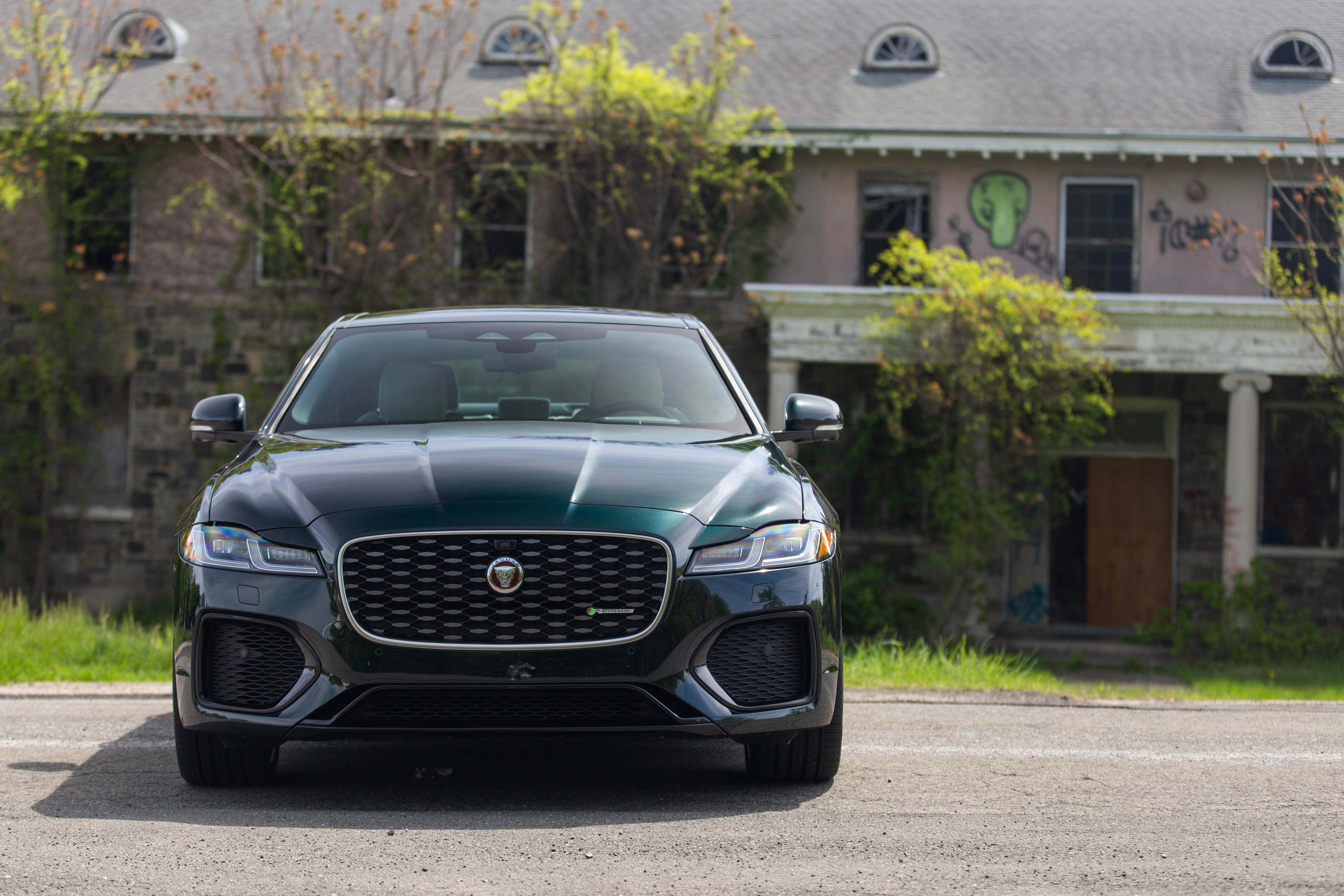 A sedan in 2021 is still a sedan in 2021—which is to say, is a dwindling rarity. The good news is the midsize luxury XF doesn’t feel like something Jaguar is dragging around purely for nostalgia’s sake. It’s a legitimately fun drive and an agile thing; certainly far more tossable than the F-Pace SUV I drove immediately after.

The 2020 XF lineup had 10 derivatives. The current 2021 XF lineup simplifies it to just three: the base P250 S, which starts at $45,145, the mid-level P250 SE, and the range-topping P300 R-Dynamic SE AWD. The lower-tuned version of the 2.0-liter engine produces 246 horsepower and can be equipped with either rear-wheel drive or all-wheel drive. The more powerful, 296-HP version of that engine comes only with all-wheel drive and in the P300 R-Dynamic SE AWD. 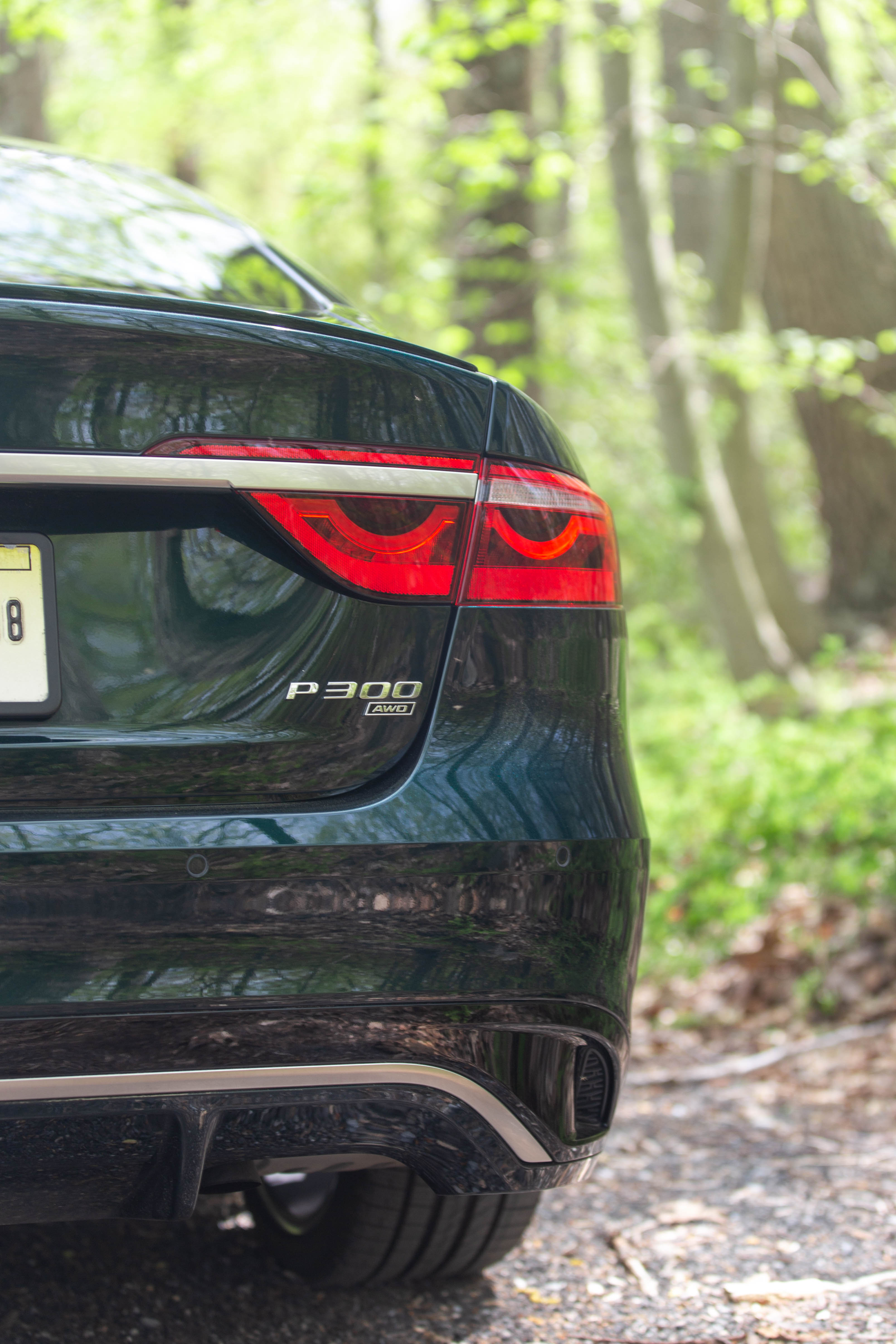 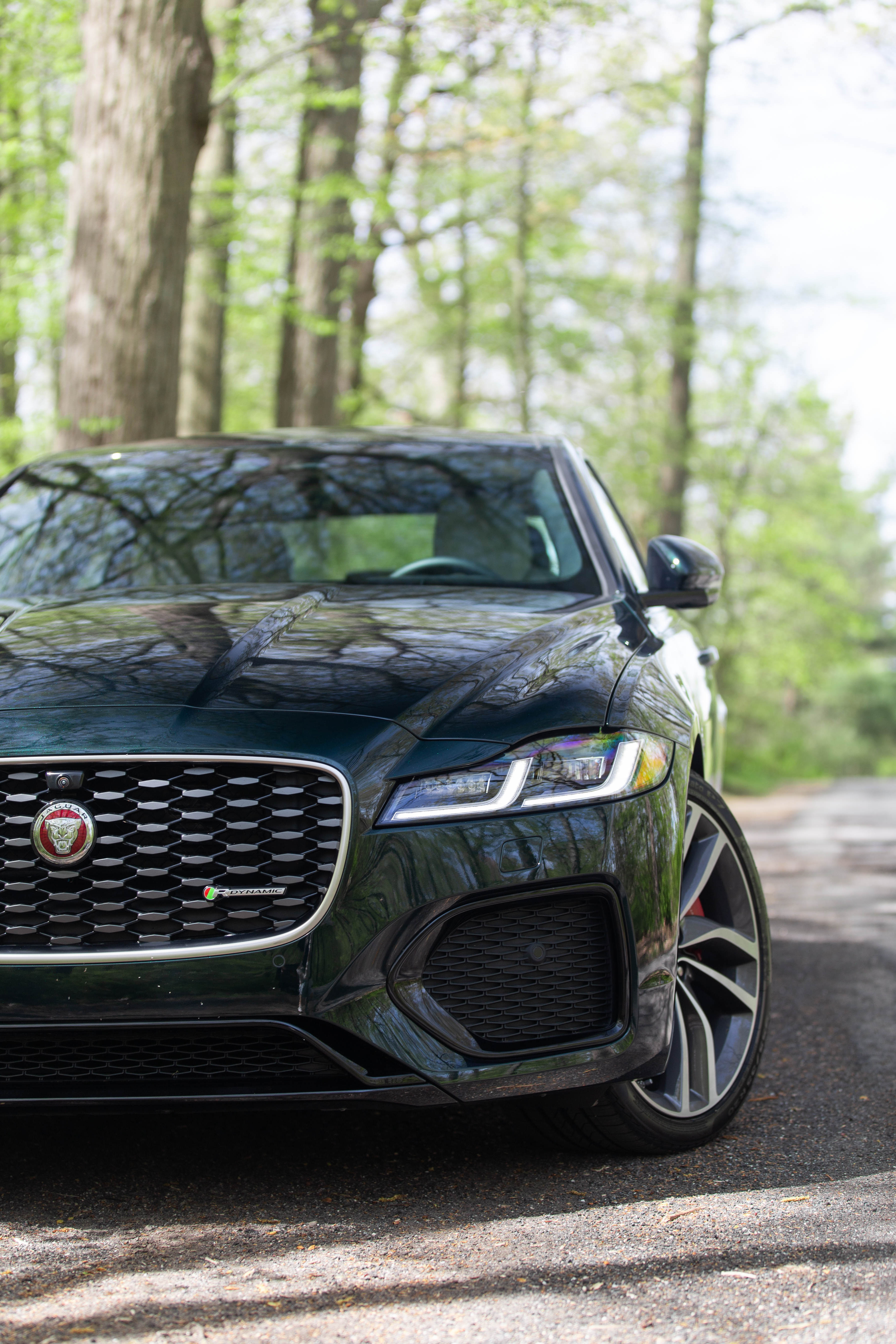 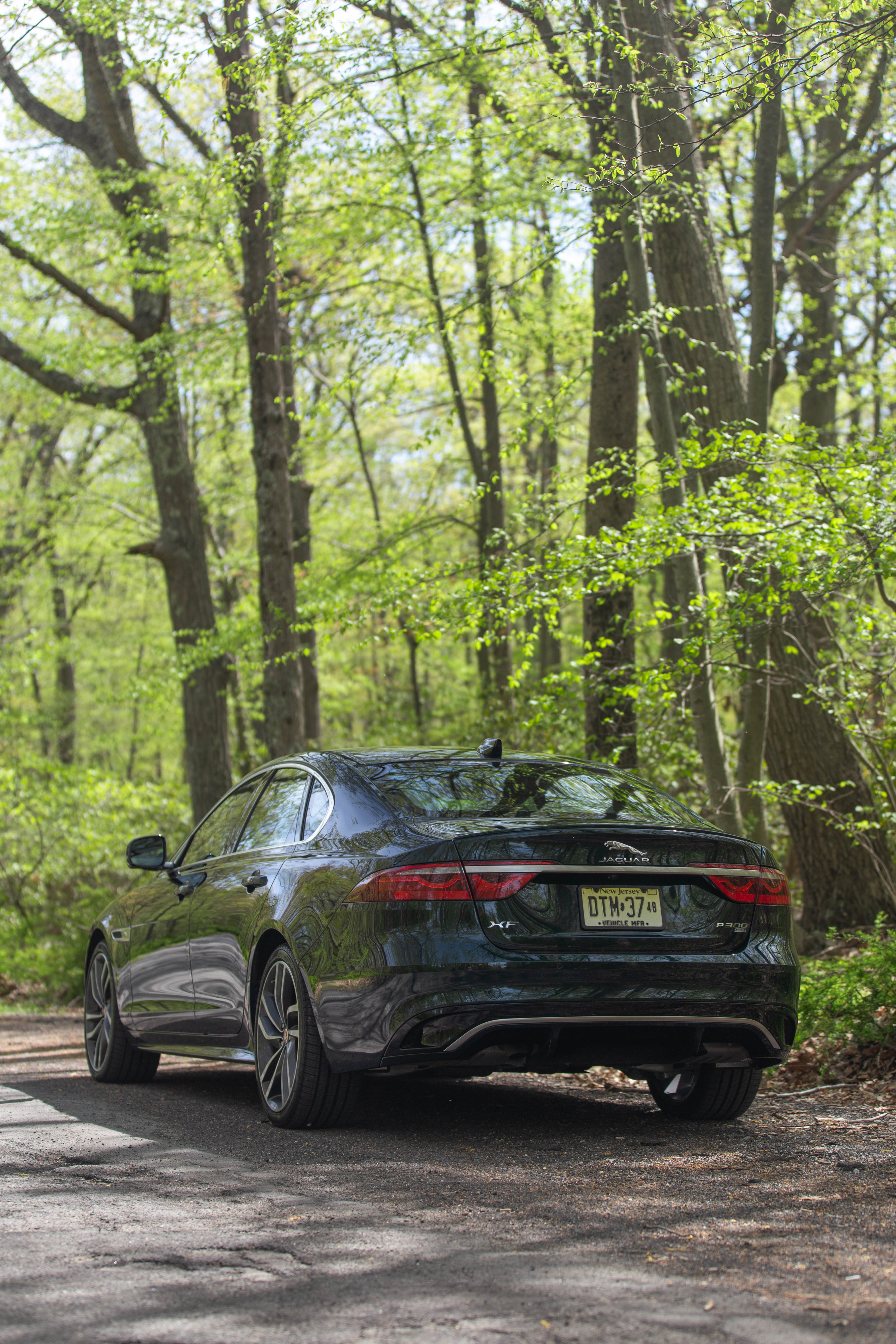 From the outside, Jag designers maintained the XF’s existing good looks. The only things that were slightly touched up were the front and rear bumpers, the fender vent with the leaper badge, the widened grille, the LED headlights with the Double J-Blade design, and the double roundel tail lights. There are now seven wheel designs to choose from, as well as three new exterior paint colors (Bluefire, British Racing Green, and Hakuba Silver).

Inside, the Jaguar leaper’s been embossed onto the headrests, there’s a new and redesigned steering wheel, an 11.4-inch touch screen with Jaguar Land Rover’s Pivi infotainment system, and a new gear selector. All throughout the car, inside and out, you’ll find an attractive hexagonal-patterned design woven in the seat leathers, lasered into the headlights, and embossed into the switchgear surrounds. 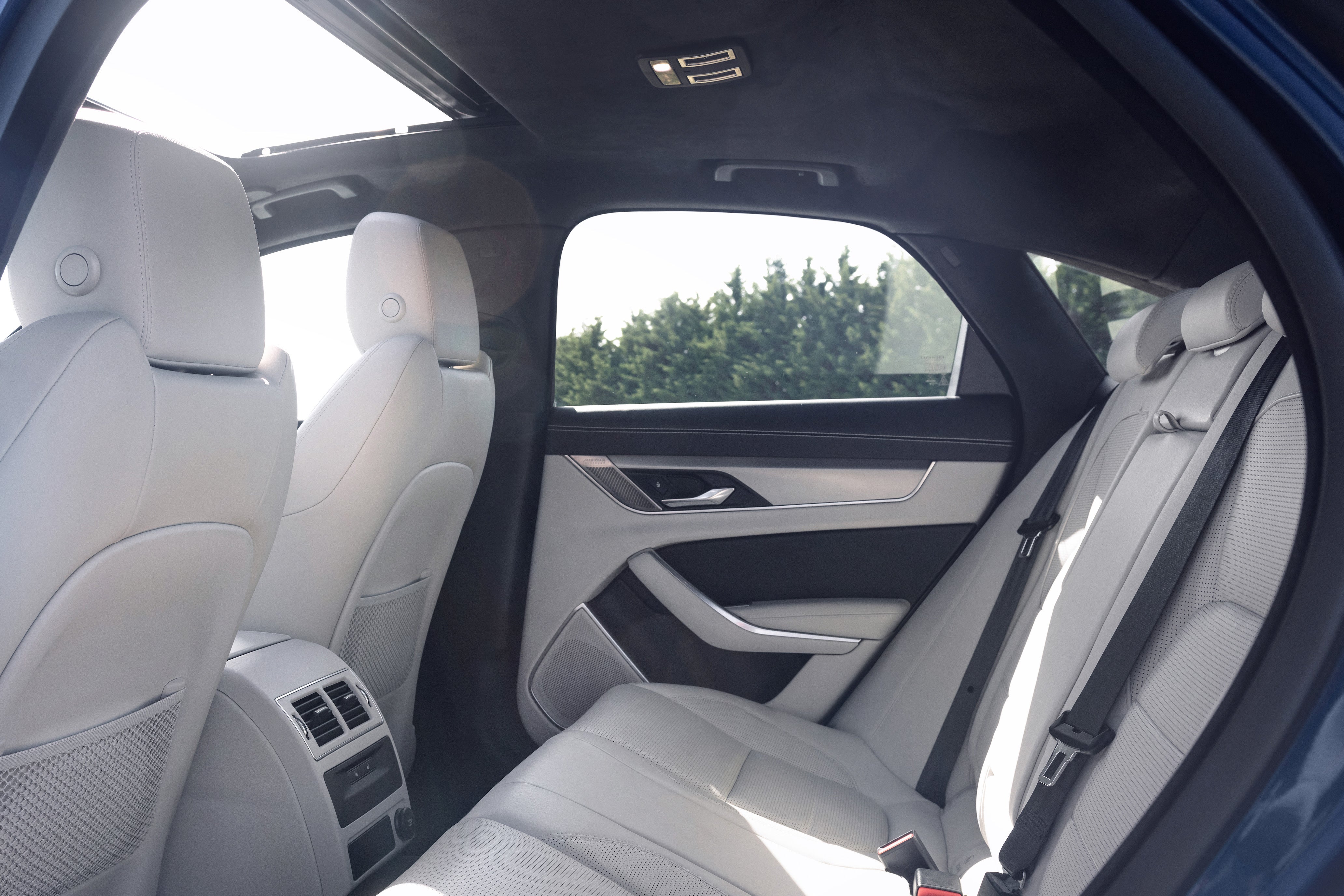 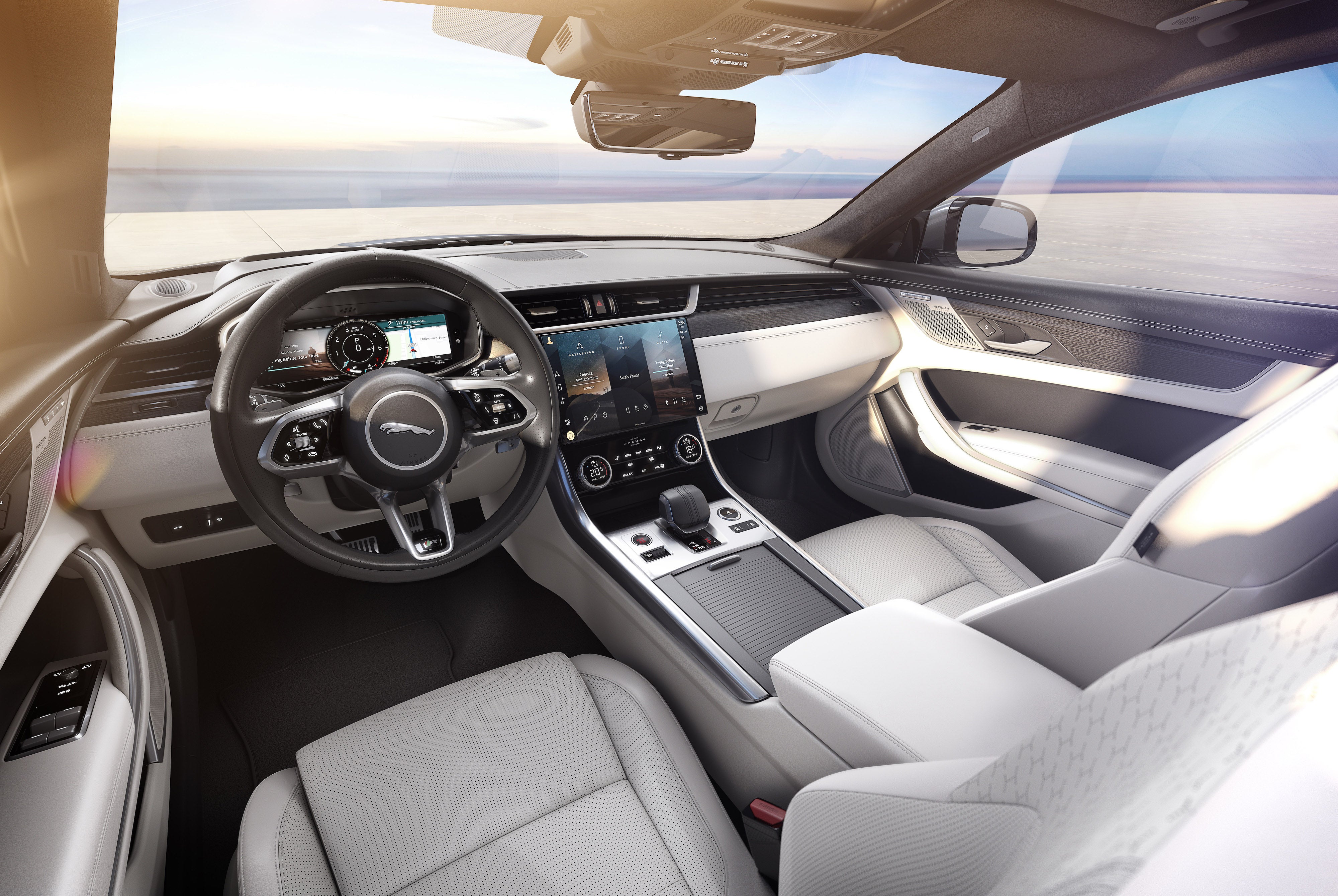 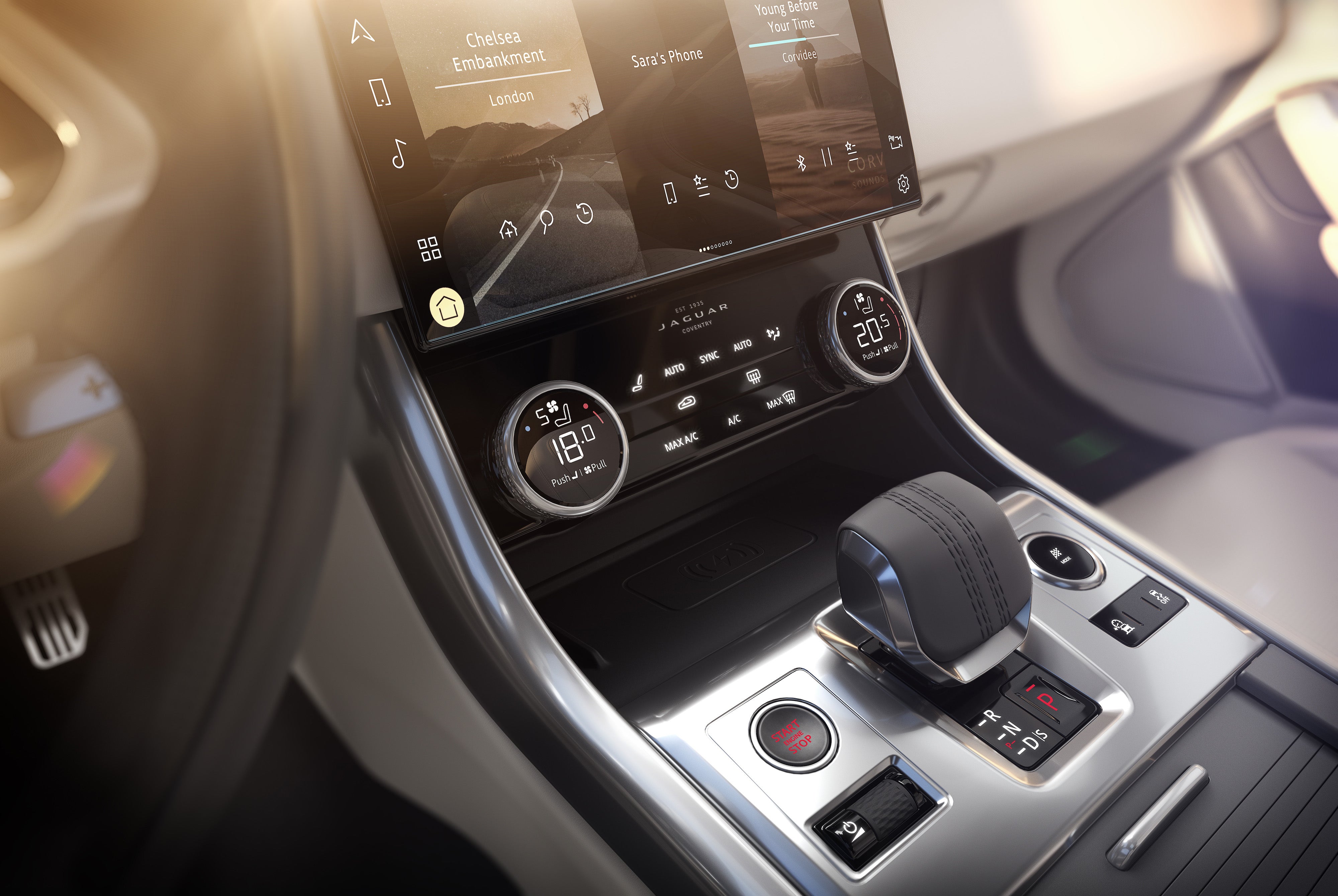 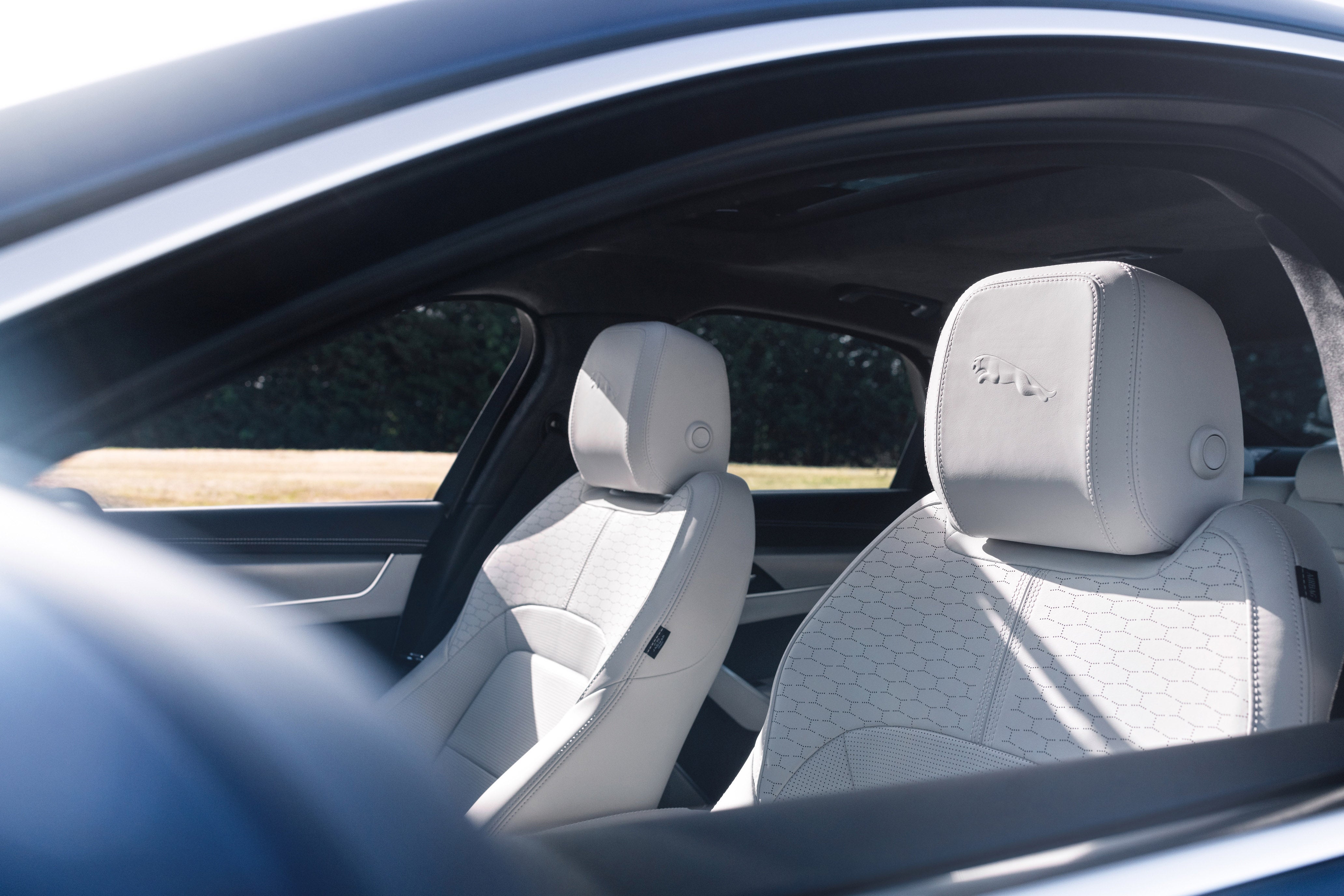 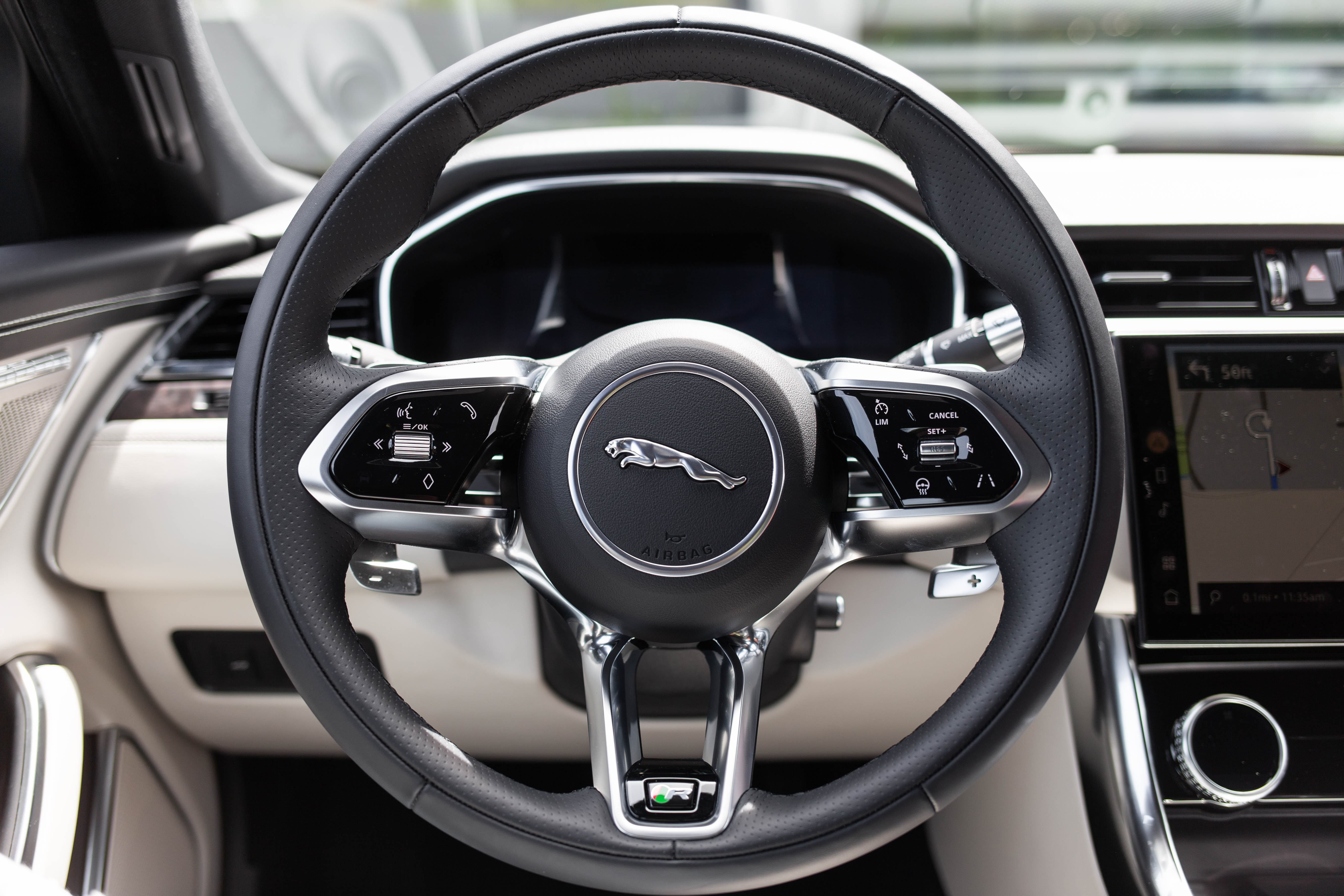 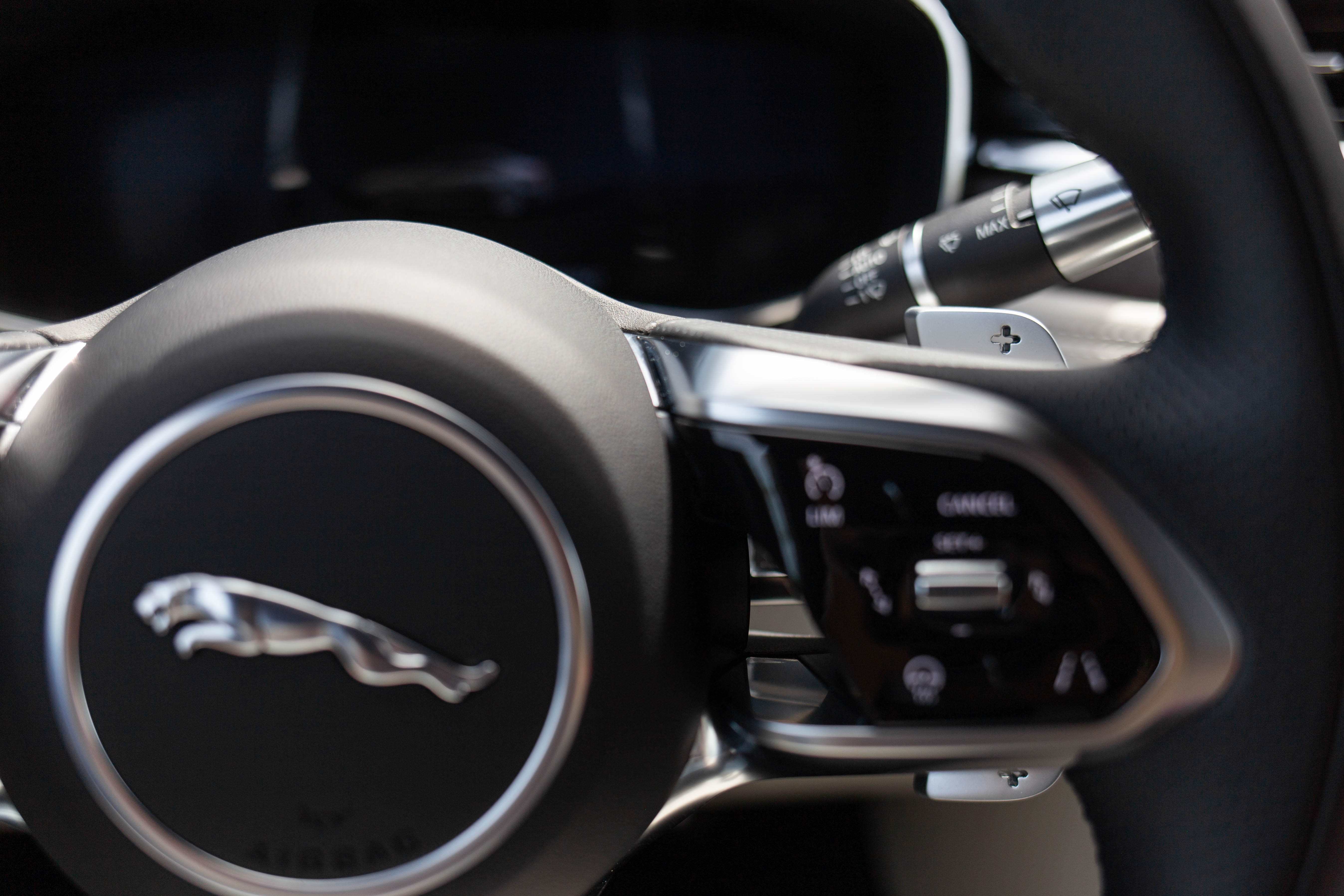 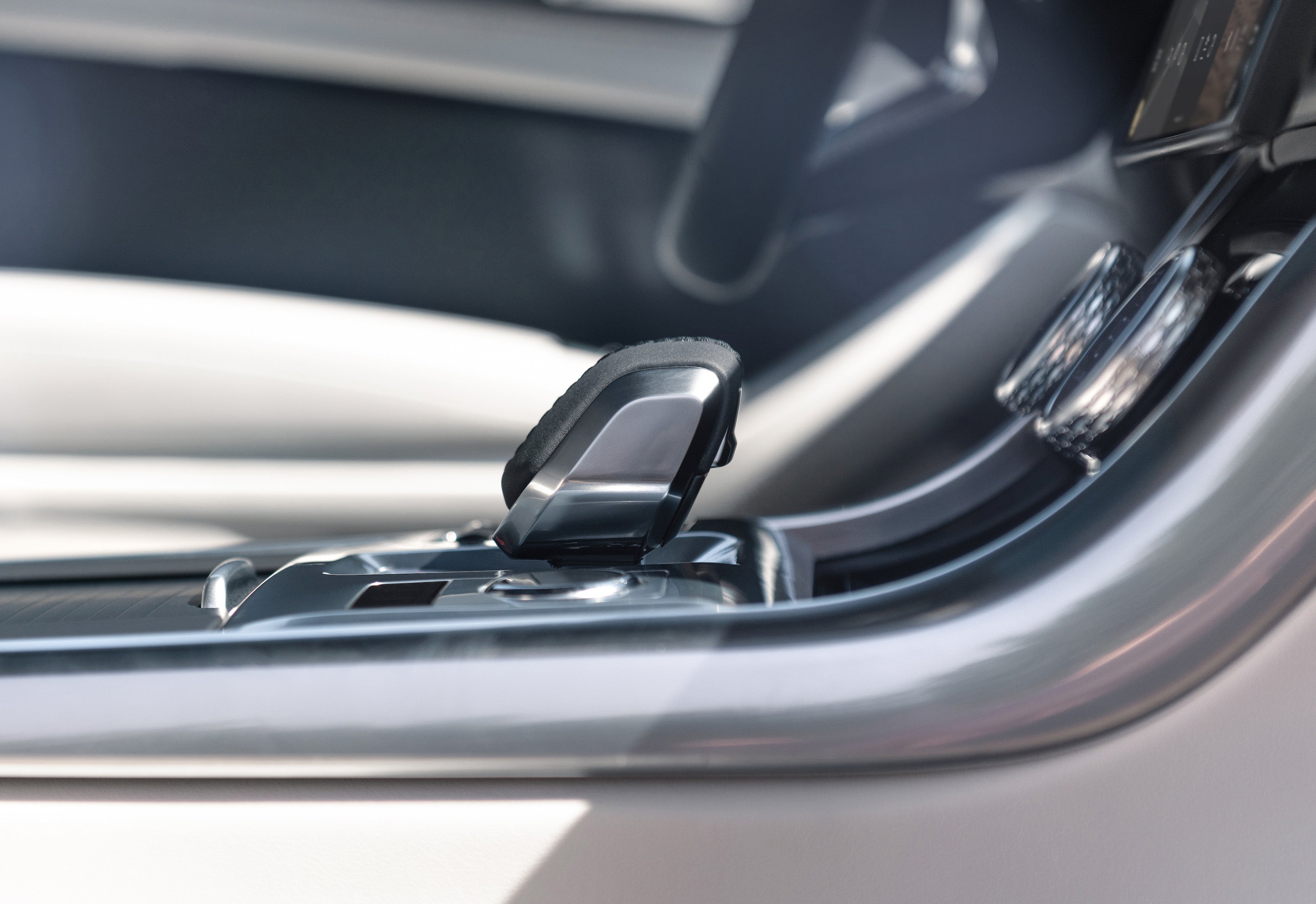 Here’s another full disclosure for the sake of transparency. I drove the XF recently at a one-day Jaguar Land Rover event that also packed in the 2021 F-Pace (review here!) and the 2021 Land Rover Defender 90 (review also incoming!). As a result, I only got about 45 minutes of seat time in each car, so this first drive review will be a cursory one.

As much as a supercharged V6 is a joy to behold, the XF’s four-cylinder ain’t no slouch, either. Because it’s missing two cylinders and a supercharger—though gains a turbocharger—it gives the car’s steering-feel a certain lightfootedness that was missing in the heavier XF Sportbrake wagon and F-Pace SUV. Certain automakers (cough, BMW, cough) implement steering systems that feel the same across the range, whether you’re driving a sedan or an SUV. In the XF, especially compared back-to-back with the F-Pace, you feel like you’re driving something smaller. You feel like you’re driving a sedan.

It also helps that the XF behaves like a quick car. It’s lively especially on curvier roads, where its low center of gravity won’t punish you for chucking it into corners. Its responsive brakes will clean up any excessive speeding that could happen. The XF seems like it enjoys going fast—or maintaining a brisk pace, at the very least. Certain cars feel most comfortable hanging out at 40 mph. The XF is chill at around 70 mph or so where you only need to give it the most minimal of throttle inputs to keep it there. It’s a smooth rider on the highway for sure. 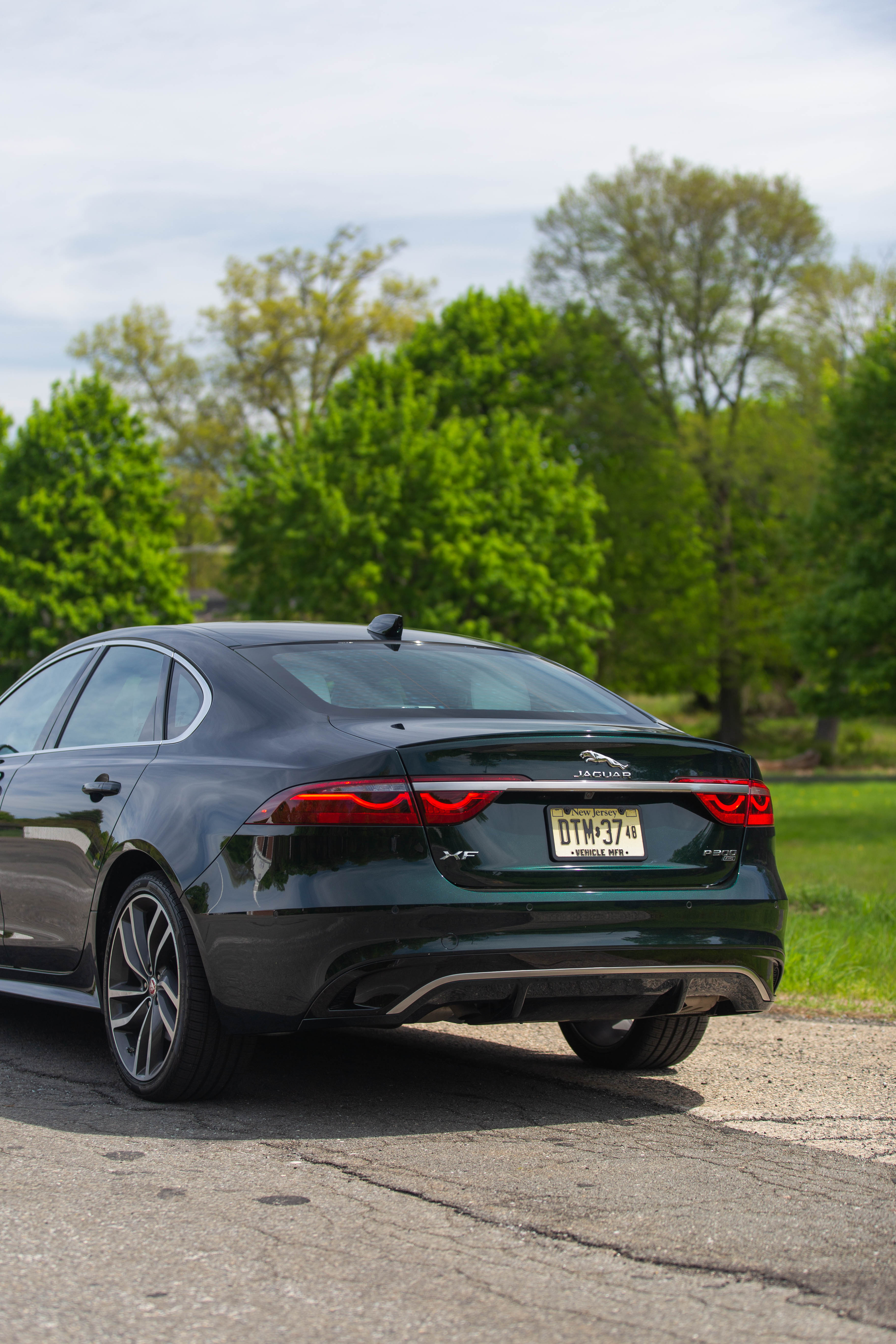 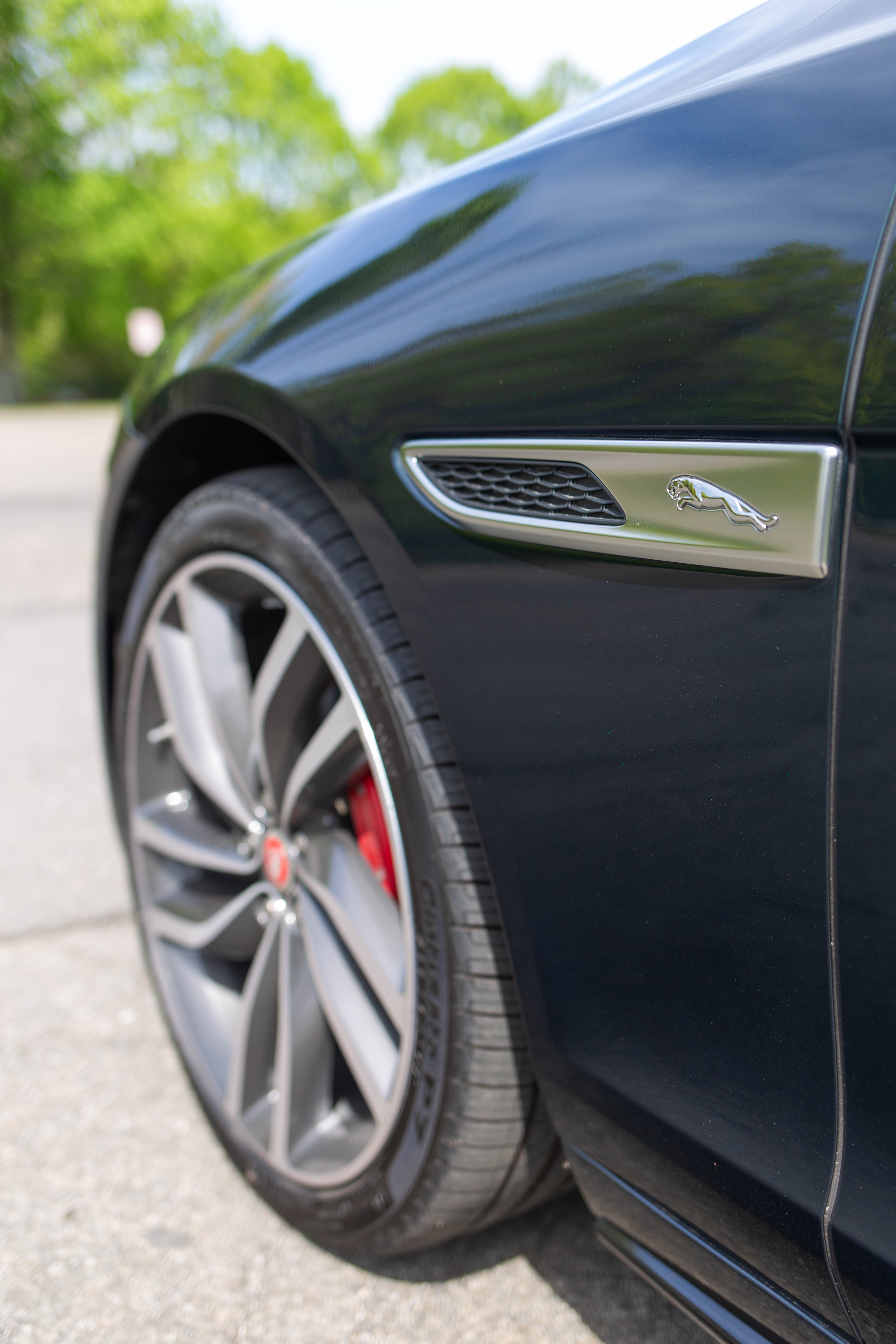 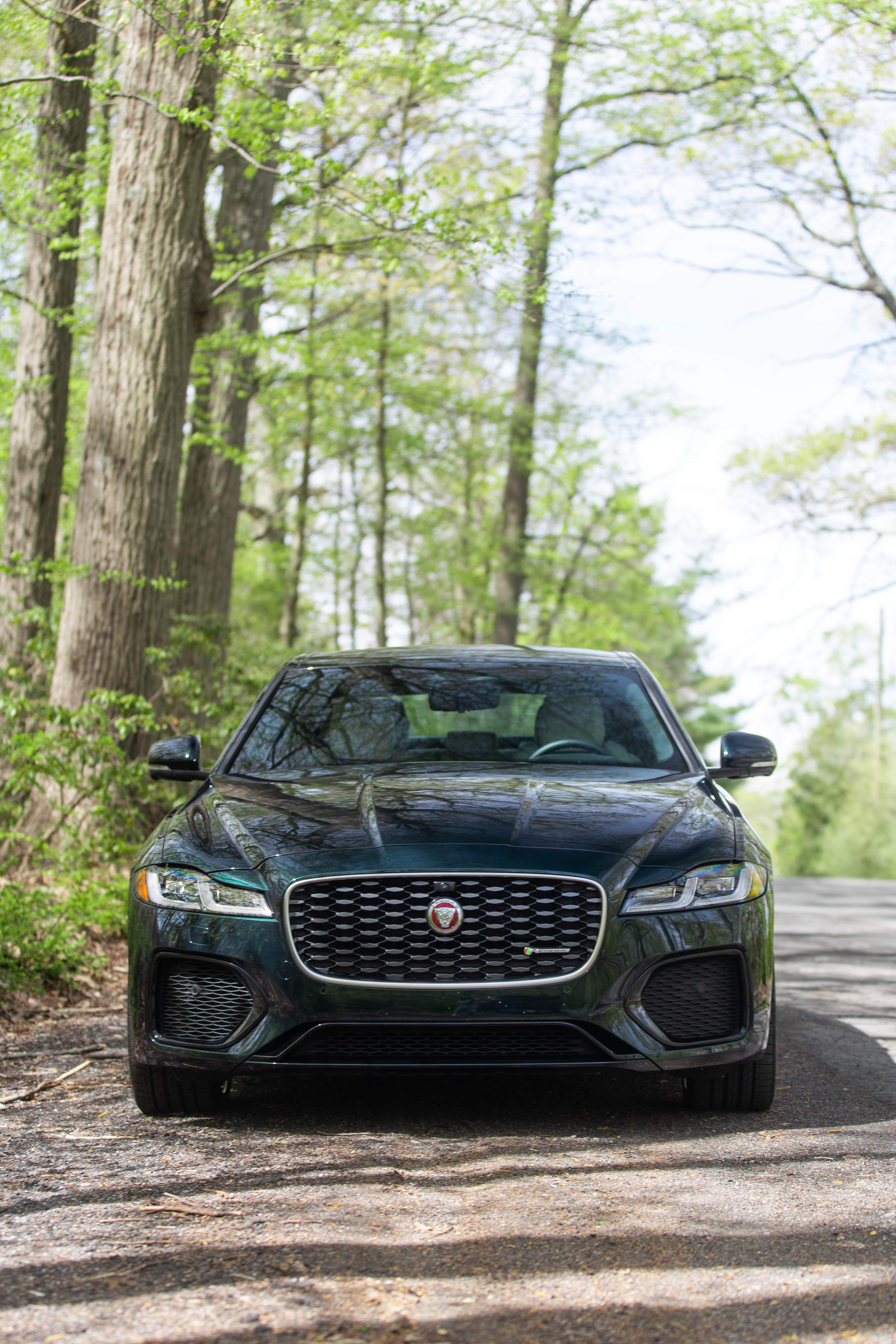 The four-cylinder doesn’t make the most inspired noise and there’s a bit of lag before the power kicks in, but otherwise it’s a pleasant engine that gets the job done. And it returns decent gas mileage, too.

The most important thing, though, was I walked away from the XF comforted that Jaguar didn’t half-ass this one. And it totally could have! Remember the XF is from a company that basically only sells SUVs now. It’s also a six-year-old sedan that is getting a mid-cycle refresh this year. You’d be forgiven for thinking the XF is not high on Jaguar’s list of top priorities. And for not much more money, buyers can easily get themselves into an F-Pace, which is arguably more practical. (Most buyers probably will anyway.) But Jag could have encouraged this process even more by compromising the XF’s quality and making it so bland to drive that buyers have no choice but to buy the SUV if they want something of quality. 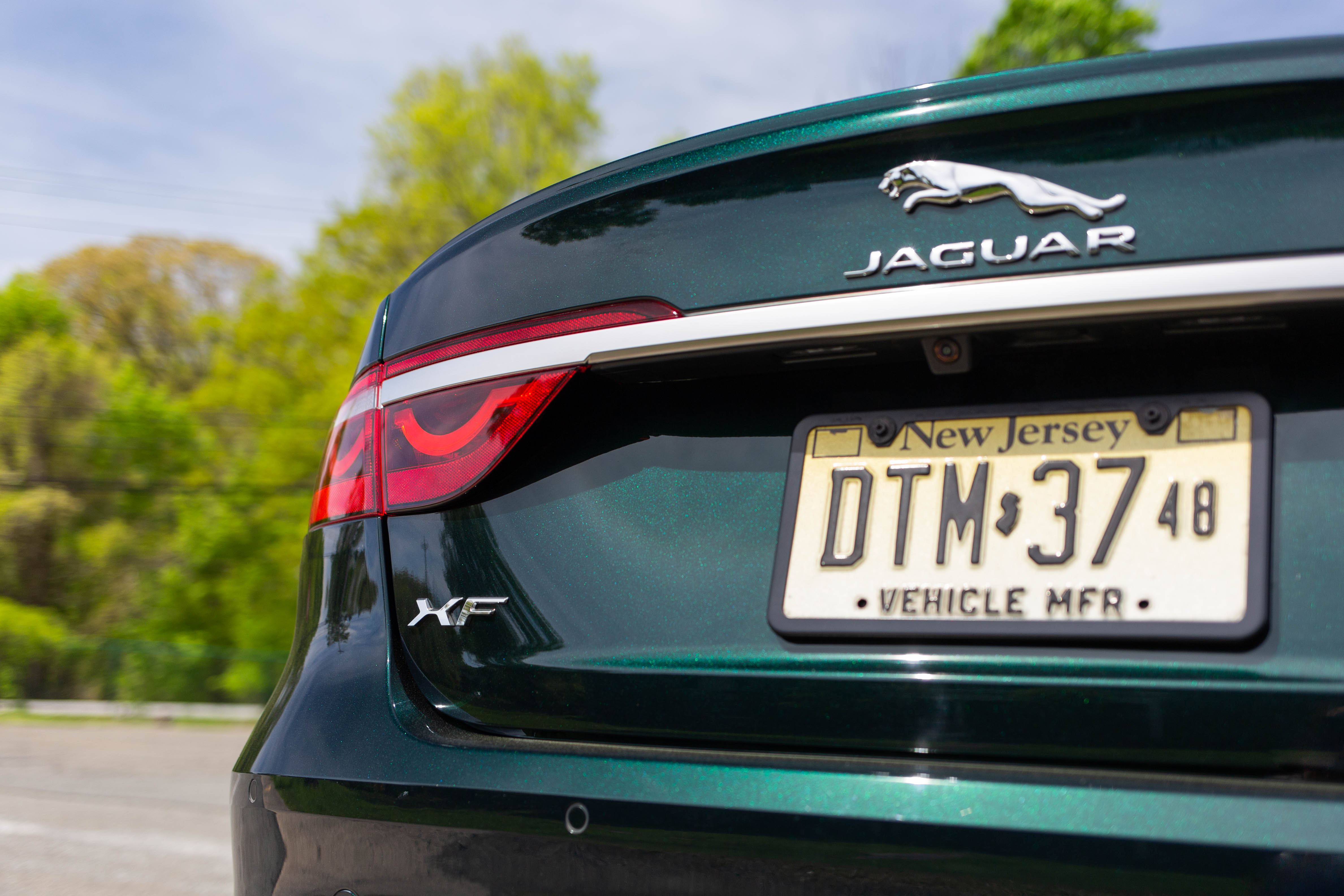 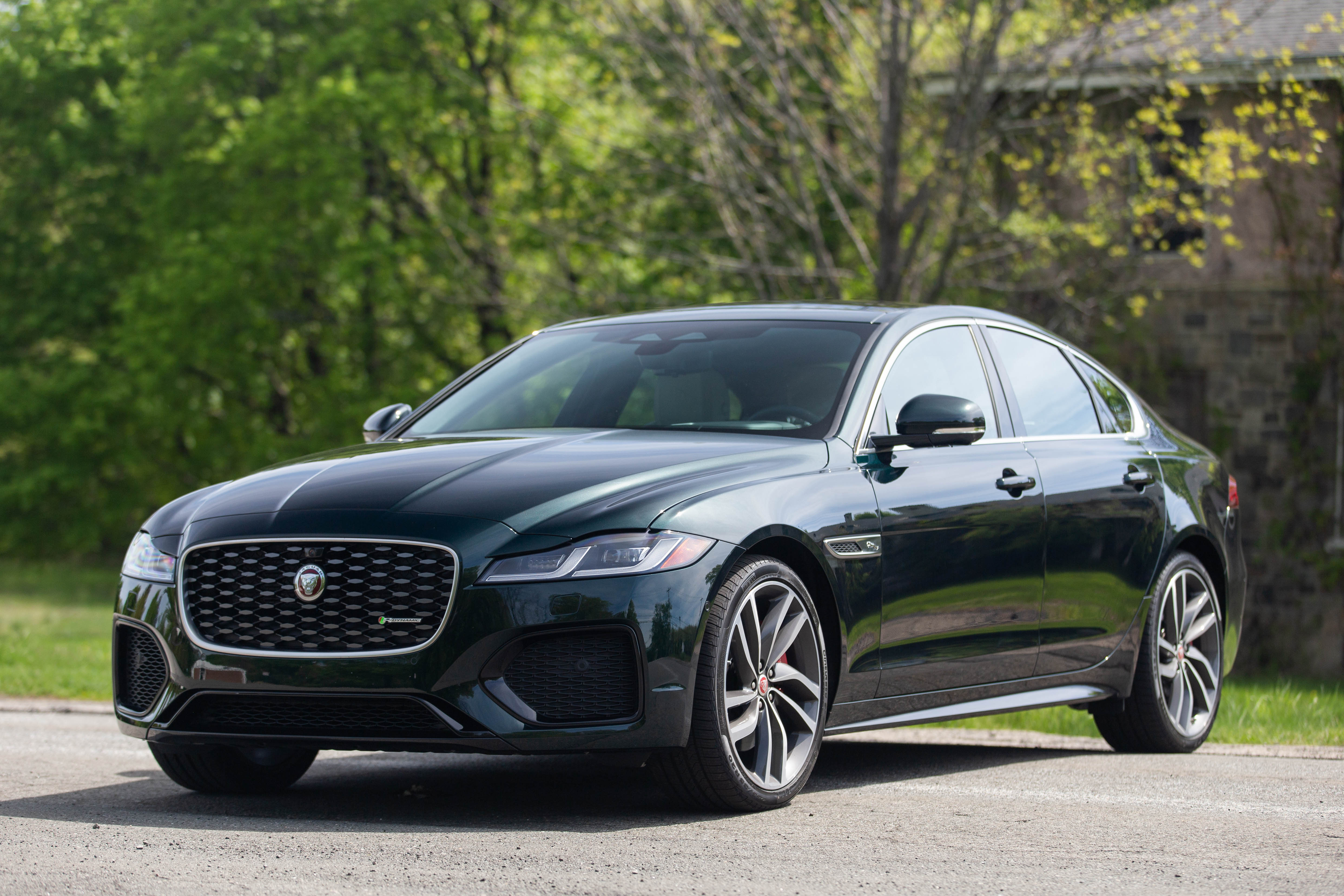 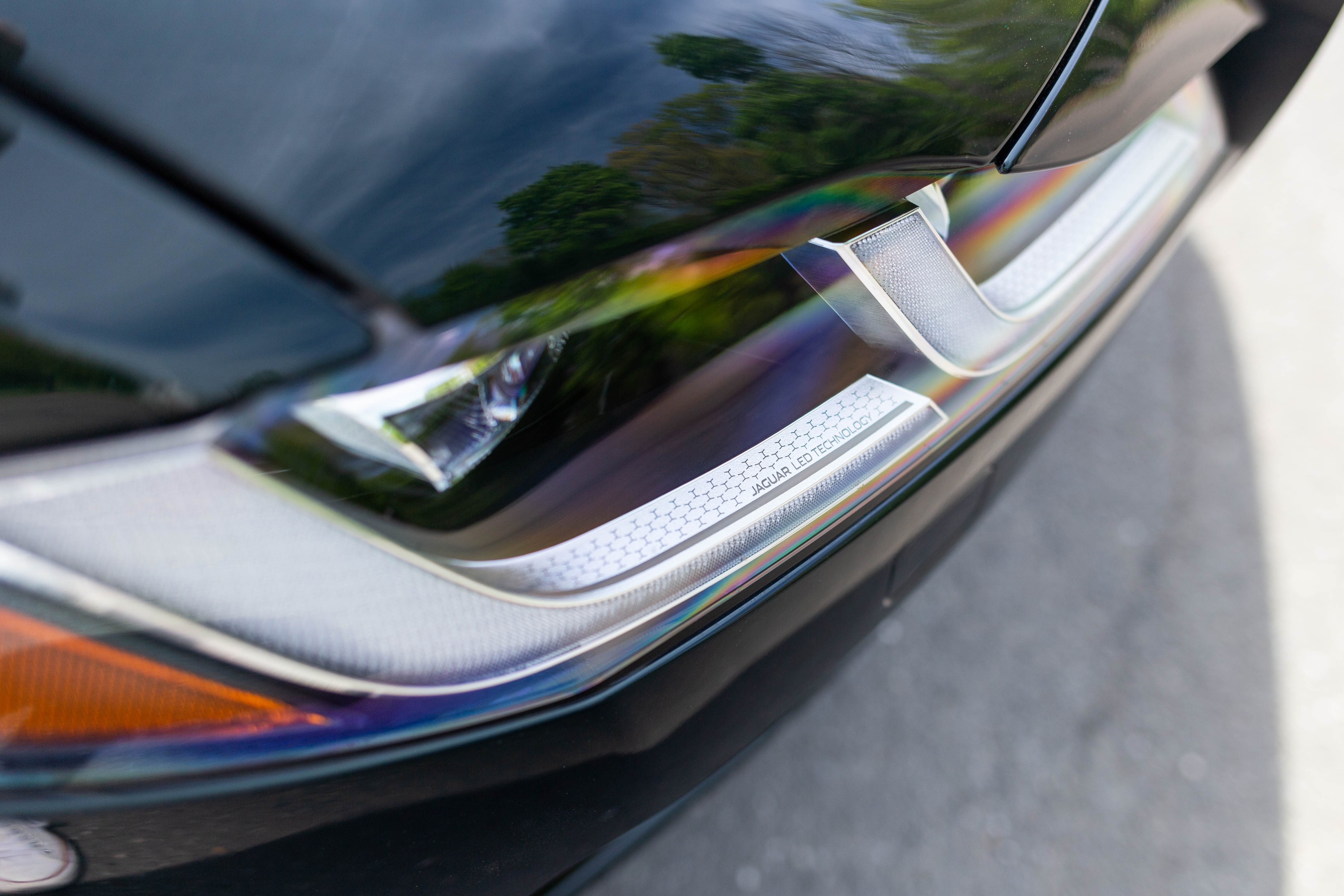 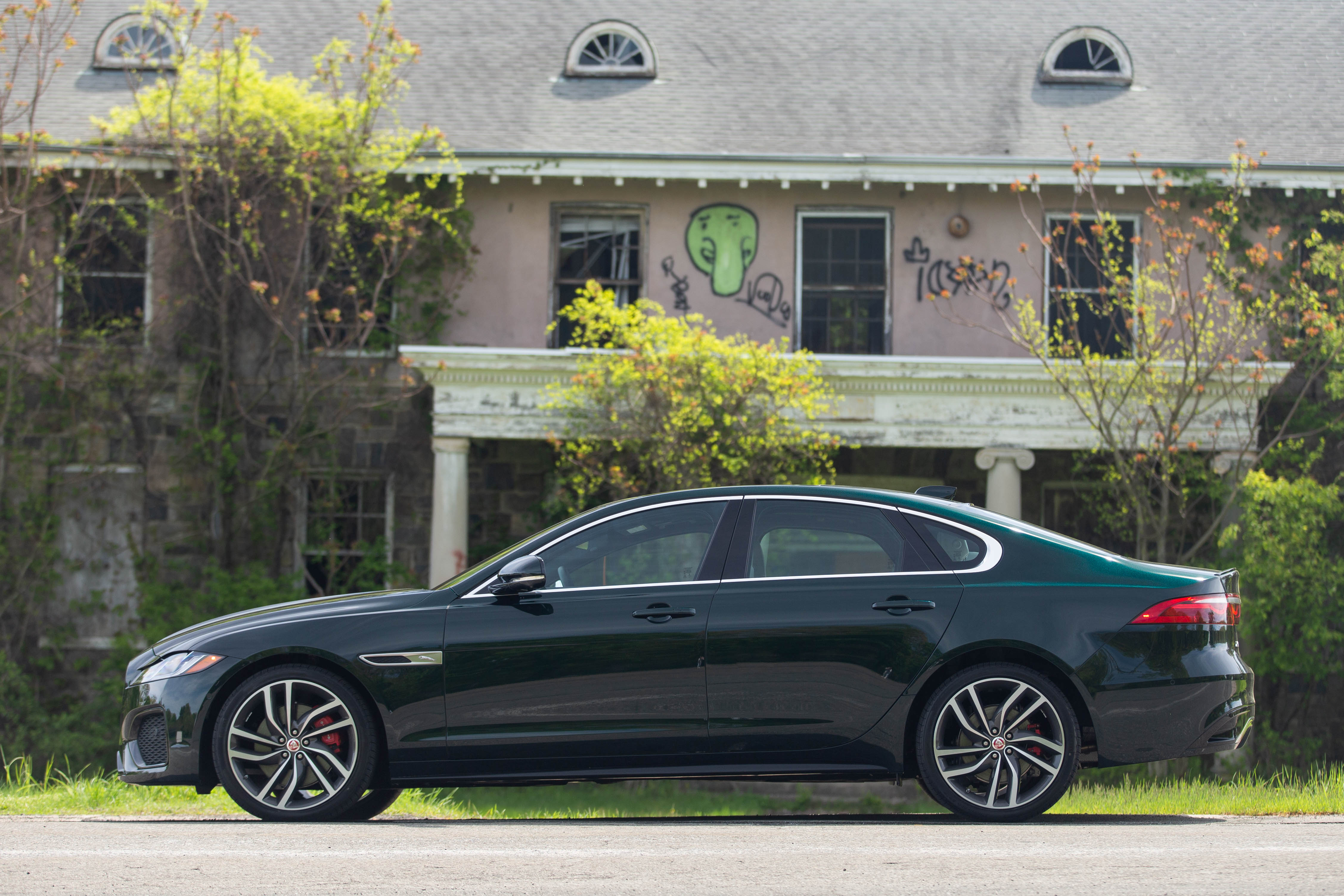 The XF drives like a lighthearted thing and its interior touches are just as luxurious as in the other cars you’d find in Jaguar’s lineup. The leather is soft. The switchgear is solid to the touch. There’s good sound-deadening from noises outside. Even after spending just 45 minutes with it, I had no doubt it was a luxury product. Jaguar might have killed off the XE but at least there’s still a midsize luxury English sedan living on to fight another day.