2021 Ferrari Portofino M: The 'Entry-Level' Ferrari Gets +20 HP a Boatload of Safety Tech 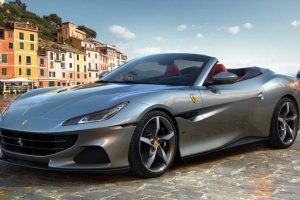 The current Portofino is the least expensive Ferrari you can buy. It’s front-engined, it has 591 horsepower, and it starts at $215,000. It replaced the similar Ferrari California T in 2017, and now it’s getting some subtle but important updates for the 2021 model year.

The differences are squabble-worthy, however, some aesthetic changes set it apart from it’s non-“M” variant. It also gets some new technology inside primarily for the passenger, and a new dual-clutch, eight-speed transmission derived from a similar unit in the SF90 Stradale. This transmission has its clutches bathed in oil, and they’re smaller than before despite being able to transfer more torque. Ferrari says it’s now smoother than ever in urban driving, a setting where single and dual-clutch transmissions are typically not suited for. 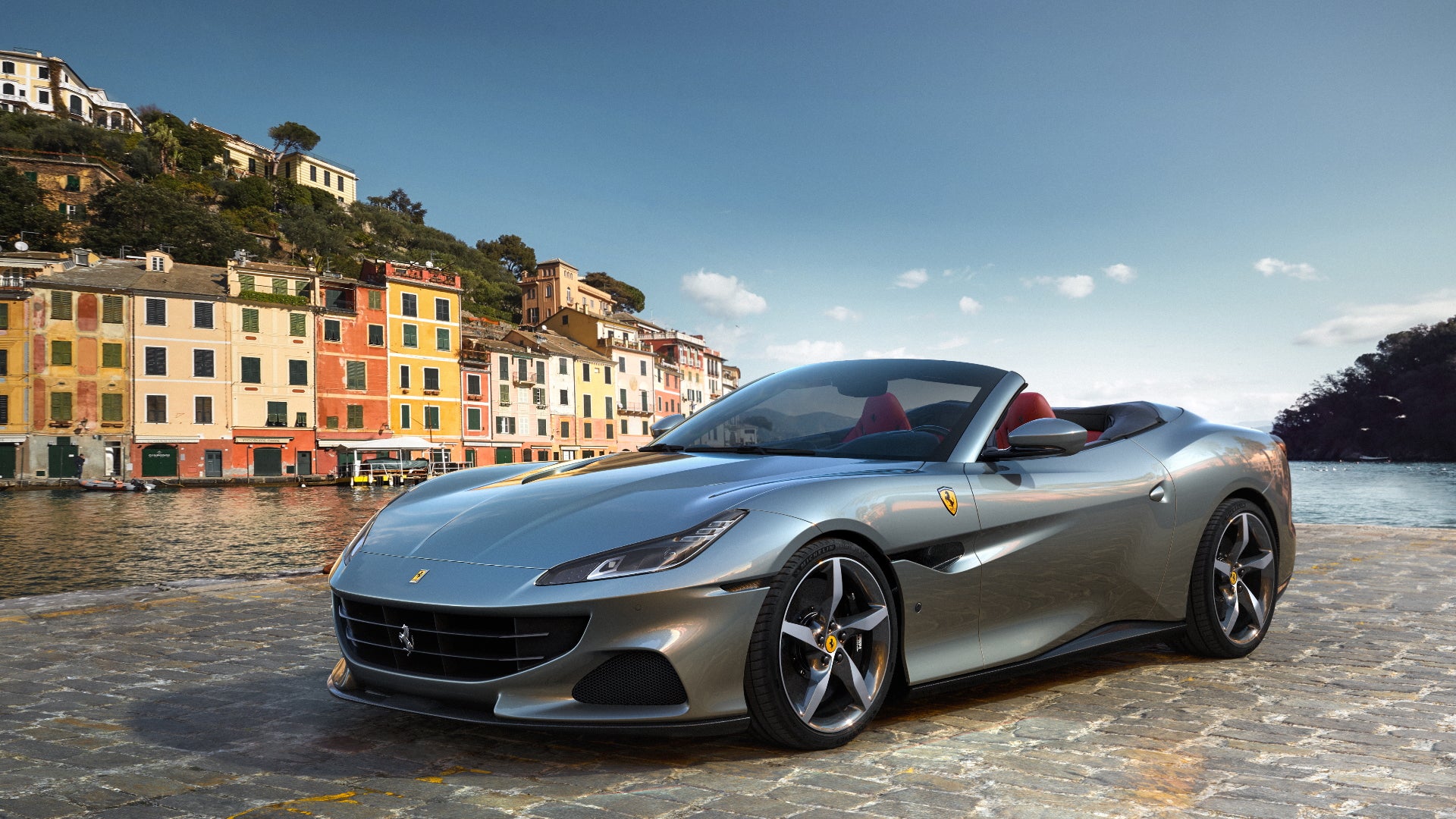 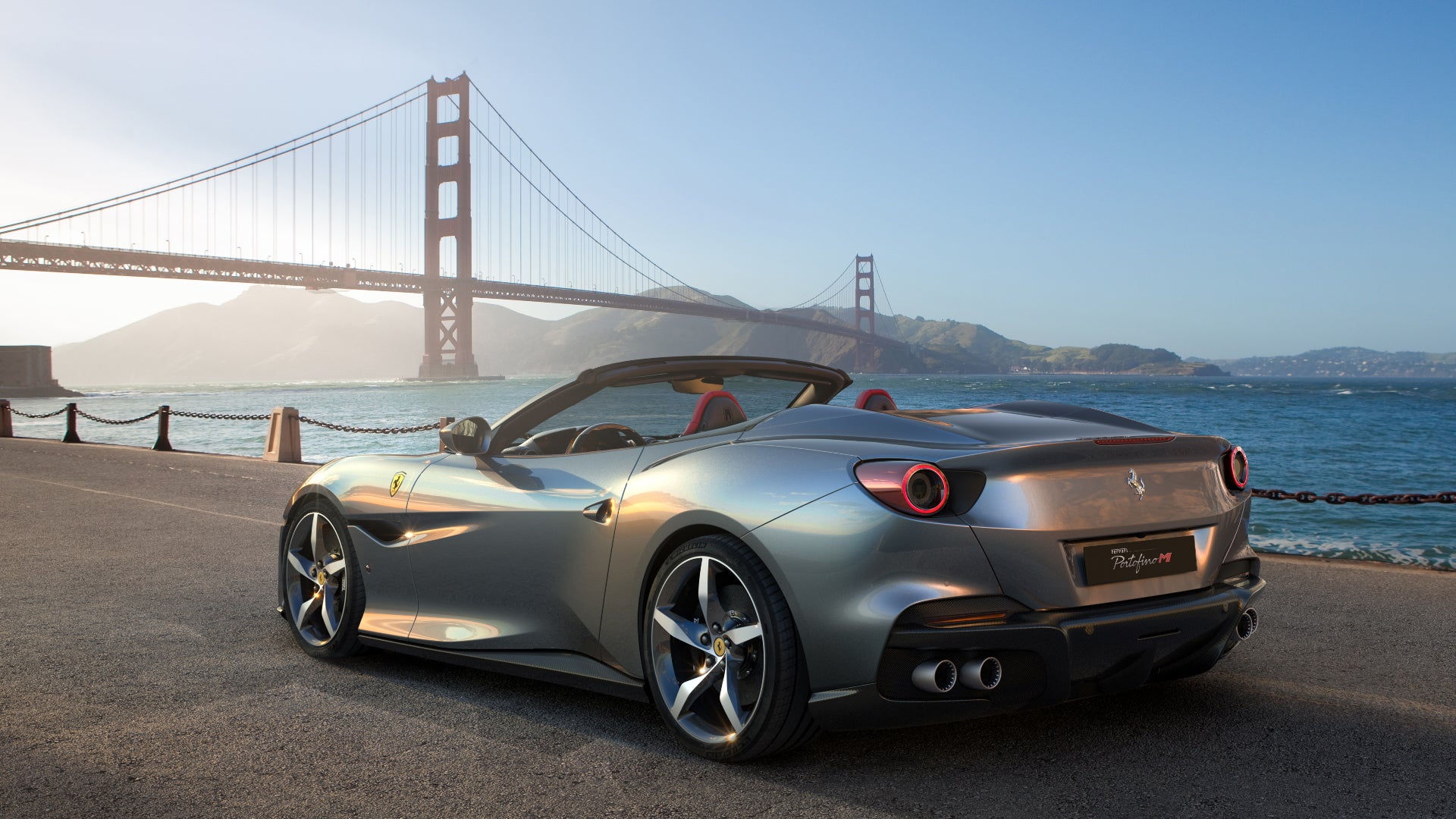 Ferrari also claims the new car has superior handling to the standard Portofino, but did not specify which specific changes it made to achieve this. As far as other mechanical changes go, it sawed off the mufflers and threw them out. It also added some new oval-shaped wastegates that Ferrari claims makes the car sound better. New camshafts were also added alongside a speed sensor to measure the RPMs of the turbochargers. All of this adds up to another 20 horsepower.

That being said, many of the changes to this car come in the form of software and comfort features. The brand has added a five-position drive mode system to the Portofino M, with settings that include Wet, Comfort, Sport, Race, and ESC-Off. Interestingly, there’s no “Wet Race” setting, which Ferrari could use in its F1 car considering that’s the only chance it has of winning a Grand Prix in 2020. Yes, I’m a Ferrari fan, yes I’m slowly dying a little more every weekend.

The seats also get warm and cold, there’s a nice little vent below the headrest to blow warm air on your neck, and the passenger gets a touchscreen so they can change the song right at your favorite part. That passenger touchscreen is decidedly smaller than the driver’s, however, it’s just as nicely integrated into the dash. 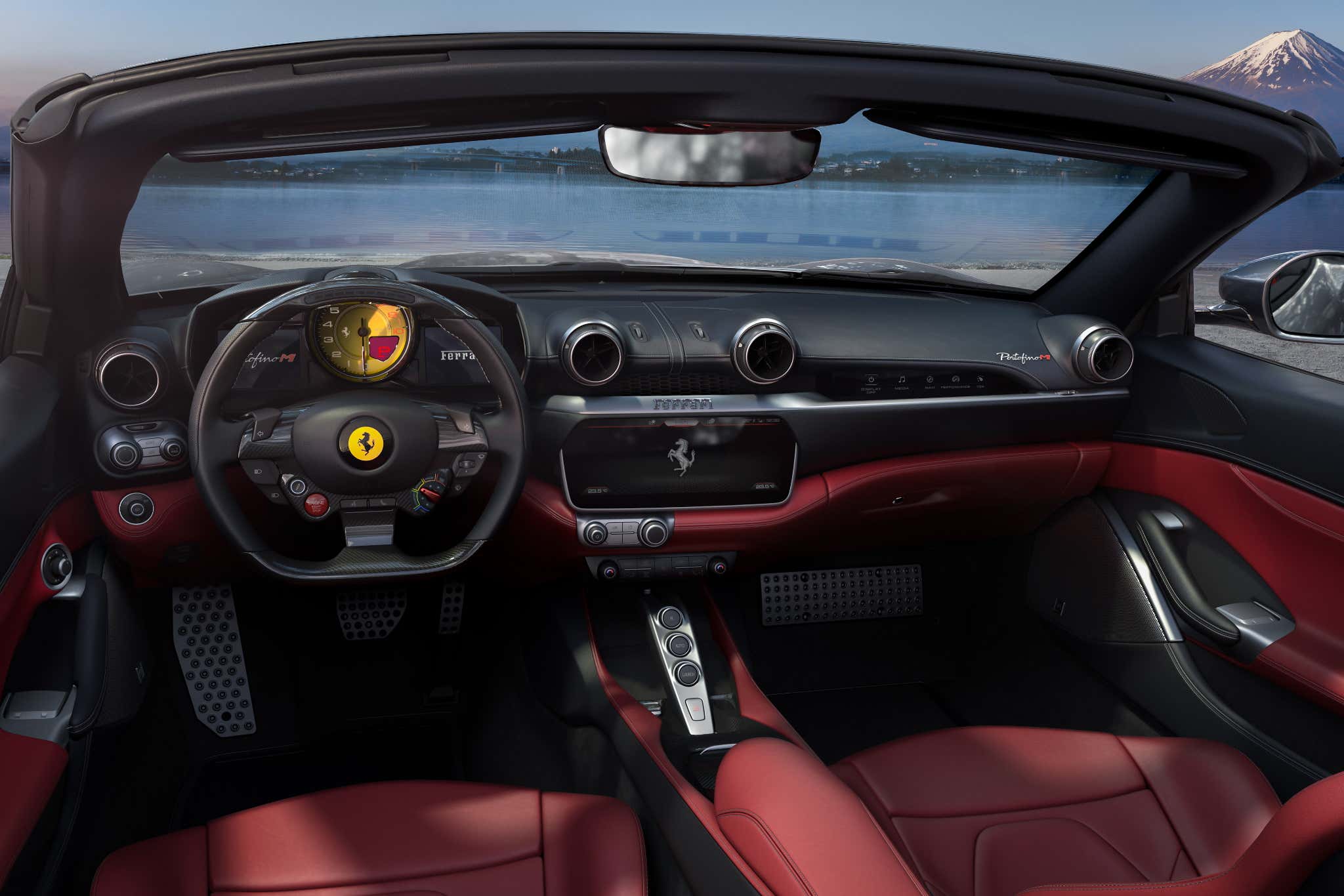 As well as these comfort features, there’s also a slew of safety and convenience tech that you would expect on a car that’s bound to cost north of $200,000. There’s adaptive cruise control, a predictive emergency braking system, blind-spot monitoring, lane departure warning, a 3D camera display, sensors to warn you if you’re about to back into a fire hydrant, and it’ll read signs to tell you the speed limit. Apple Car Play and Android Auto are also available.

The aesthetic changes also set this car apart from the previous model. Thanks to removing the mufflers, the rear end is now a little more compact, and a carbon fiber rear diffuser is available. The front fascia has also been altered in favor of a more aggressive look with a bit more exposed carbon. Ferrari used the term chiaroscuro to describe the new wheels, and to be honest, I just barely remembered that word from the online Art History class I took.

Applying terms used to describe Renaissance art is something few brands could really get away with, but I suppose Ferrari is one of them. That being said, chiaroscuro is a strong term to describe these wheels. I would say they’re more noioso. 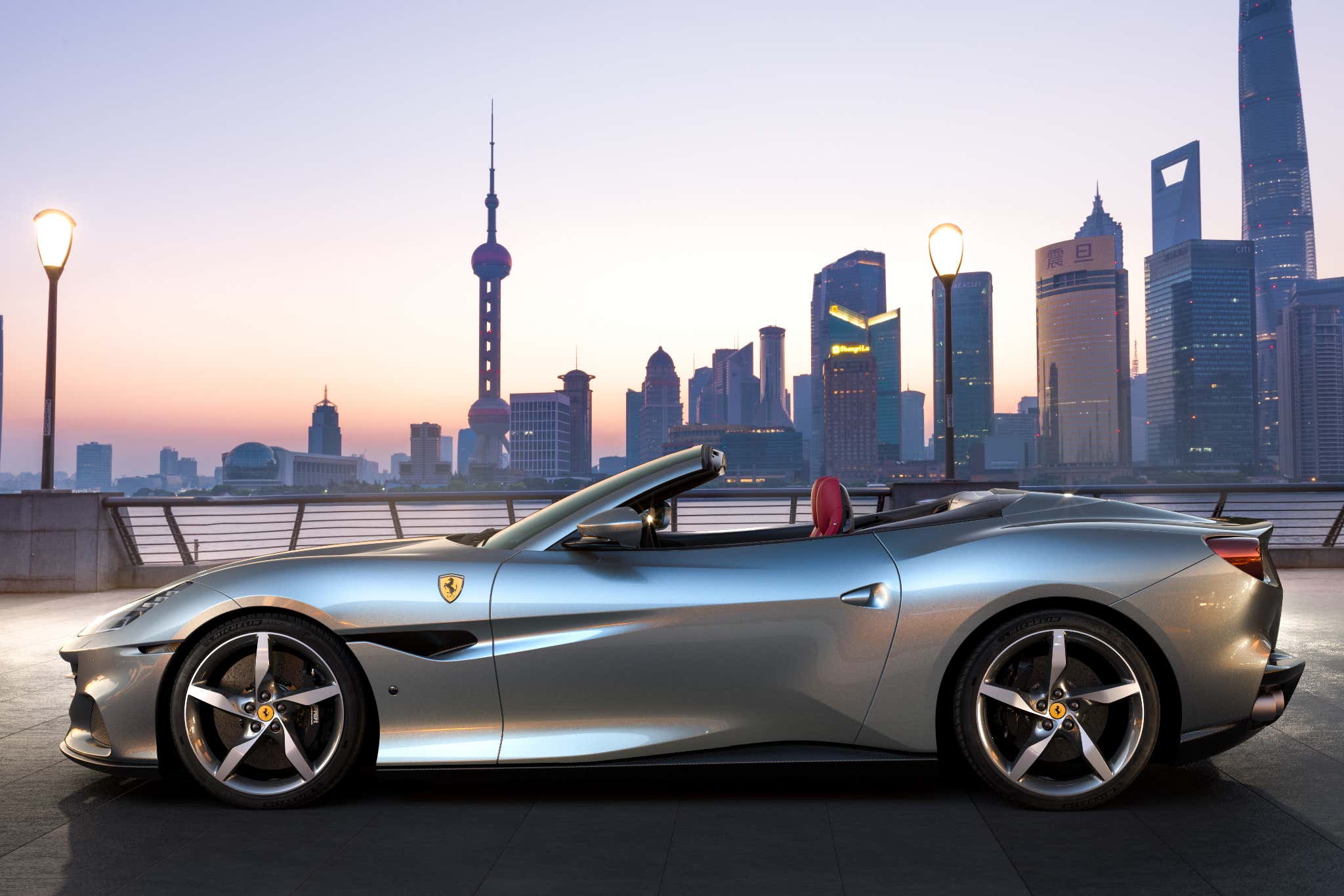 Ferrari also says the sixth-generation Side Slip Control system now integrates the E-diff, F1-TCS, SCM-E Frs, and FDE into the way it works. Got that?

I feel like hitting pause here.  *tape rewinds* “You’re probably wondering how I got here.”

I translated that into English and I figured out that Ferrari means the car is now easier to control during a slide—intentional or not—because of the Side Slip Control system’s computer talks to all of the other ones in places like the transmission, differential, suspension, and brakes. Well, it used to do that in the old car as well. It just does it better now.

But forget all of that techy stuff if it’s beginning to bore you. The bottom line is this new Portofino M will be a faster, louder, more comfortable version of the Portofino. If you like what you’re seeing, you’ll likely need somewhere near a quarter-million dollars to pick one up. Ferrari has yet to tell anyone in the U.S. how much this new machine costs, but in Europe, it will be right about $243,000.

It also won’t hit the streets there until the Spring of 2021, so expect a longer wait here in the States.