The upcoming Ducati Multistrada V4, with camouflaged bodywork, of what seems to be a fairly advance prototype, has been spotted doing test runs somewhere in Europe, possibly close to Ducati’s factory in Bologna, Italy. At first glance, there’s no mistaking the fact that the test mule is a Multistrada, and looks somewhat similar to the L-twin models, but there are enough changes to differentiate that this is indeed the 2021 Ducati Multistrada V4. The overall design hasn’t been changed drastically, but the test mule is seen with a new LED headlamp unit, a revised fairing, new mirrors, and what is likely to be Ducati’s new radar-assisted Advanced Rider Assistance System (ARAS). 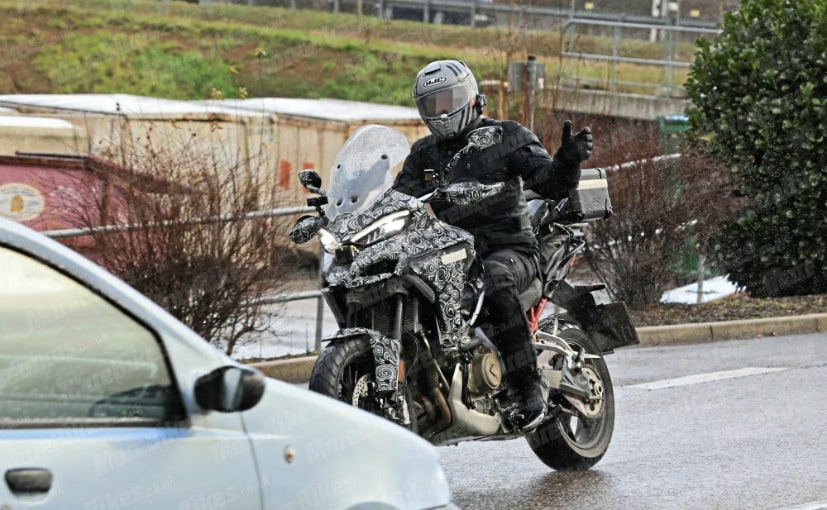 The radar units are positioned in the face, just between the twin headlights, as well as under the taillight. The radar system will monitor distance to other vehicles in the front, as well as give warnings if a vehicle approaches too quickly from the rear. And there are some other major differences with the current L-twin engine Multistrada, most obvious of which is a new rear subframe, and a double-sided swingarm. The red painted subframe is trellis-type, while the main frame is cast, with the V4 engine as a stressed member of the chassis. 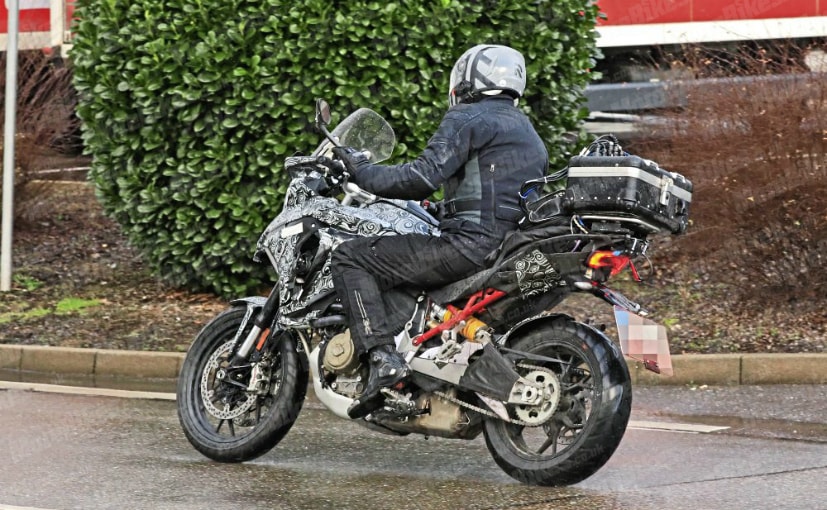 The new Multistrada V4 will sport a new double-sided swingarm, as well as new trellis subframe

Once introduced in production form, the new Ducati Multistrada V4 will be the third model from Ducati to come with a V4 engine, after the Ducati Panigale V4, and the Ducati Streetfighter V4. While both the Panigale V4 and the Streetfighter V4 make upwards of 200 bhp from the 1,103 cc, V4 engine, the Multistrada V4 is likely to be tuned to make it more touring-friendly, rather than have outright acceleration and top-end whack. The new Multistrada V4 is likely to be an addition to the other current models, the Multistrada 950, and the Multistrada 1260, rather than become a replacement for the 1260. That said, however, we expect the new Multistrada V4 to come with all the bells and whistles and tech, including a bigger TFT screen which will provide haptic warnings triggered by the radar-based ARAS. 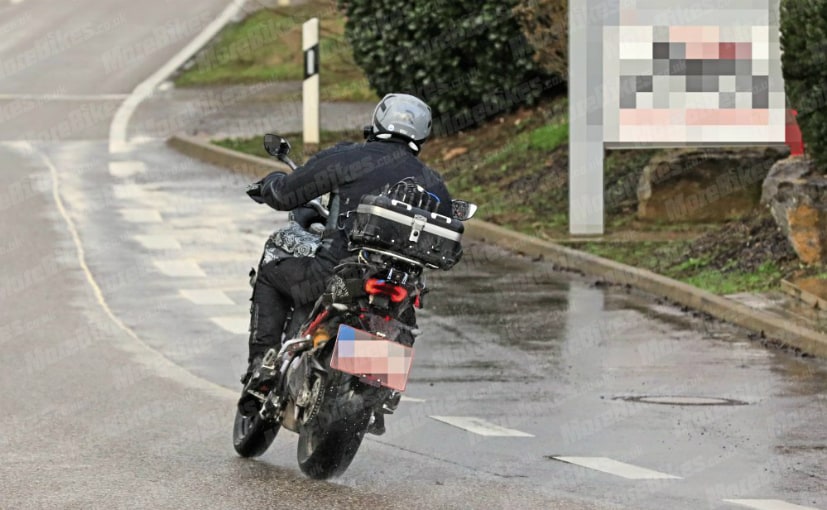 From what we can see from the spy shots, the test mule sports new forged Marchesini wheels, a new Ohlins rear shock, new mirror stalks, new LED lights, as well as a new adjustable windshield. Considering the new Multistrada V4 is still a few months away from official unveil, we won’t be surprised to see some more changes in the final production model. Of course, more teasers and spy shots are expected over the summer, and before the new V4 is finally revealed.