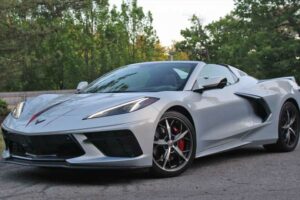 There’s something to be said for being the guy who owns the boat. It’s a dirty job, it’s an expensive job, but you’re a hero. Your friends, anybody on the boat on a perfect day, they get all of the enjoyment without any responsibility. In the end, you’re the one scraping off the barnacles and paying for the fuel. It’s a job full of thanks, but a lot of the time, it sucks.

With a C8 Corvette convertible, you’re the guy with the boat… but there are no barnacles involved. Not even close.

The C8 is a remarkable car for several reasons—you’ve likely read other reviews long before this one—but what’s most remarkable is how it’s enjoyed by everyone. Kids, adults, car people, non-car people, anybody with a soul looks at it and knows it’s something special. And the best part is this: at a base price of $69,695 for the convertible, it’s a dream car that you don’t have to doze off to drive. A lot of people—a ton of people—could realistically own one in their lifetime. That is a hard thing to forget. 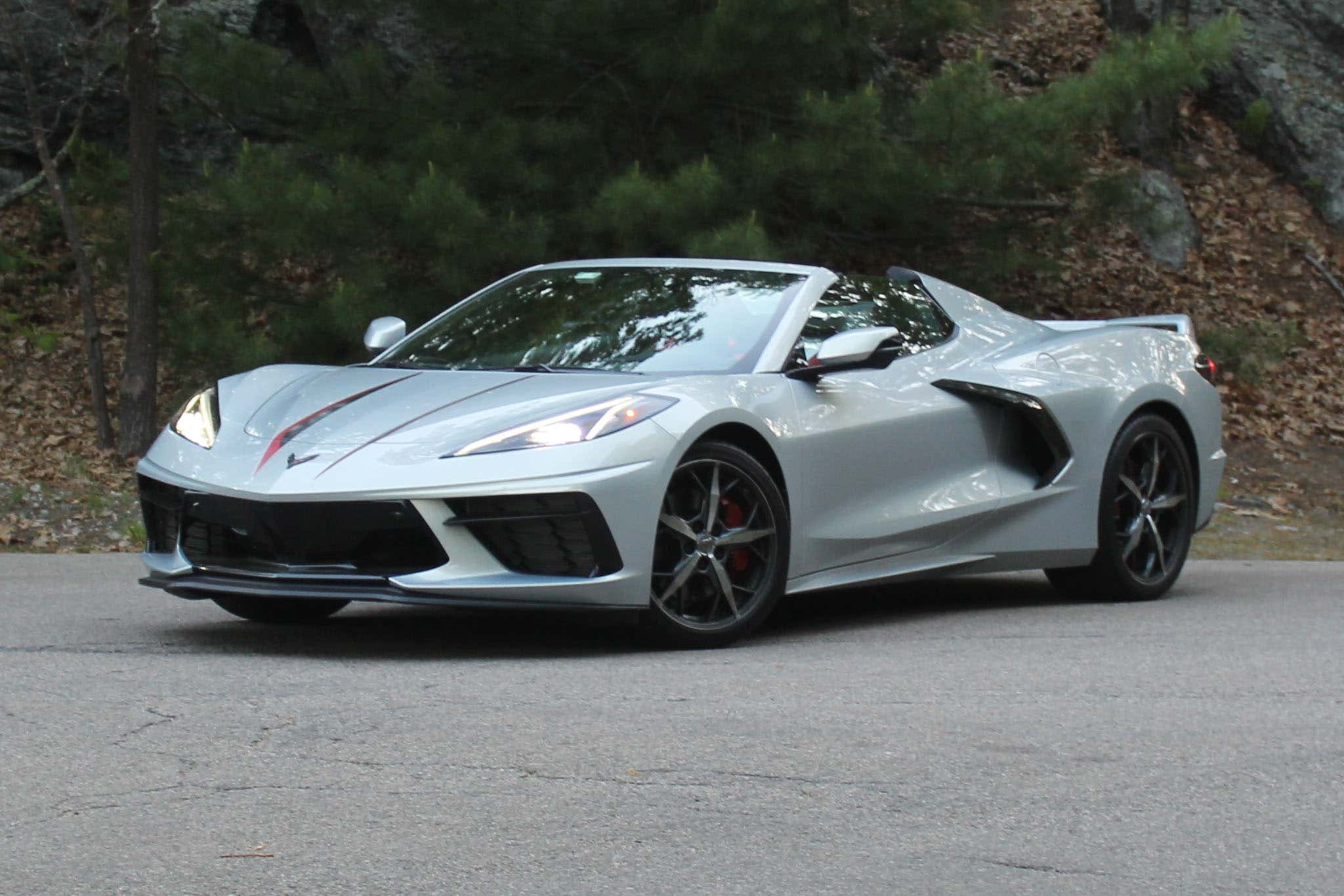 For those who’ve forgotten, the C8 is the latest iteration of the Corvette, and it’s put the engine in the middle after decades of speculation that Chevy might do so. With this new layout came an excellent eight-speed DCT, a sprint to sixty in just under three seconds, and the same pushrod V8 rumble we’ve all come to love over the years. In my opinion, it’s damn-near perfect as far as cars go.

There are a few caveats, the biggest being the very nice balance this car strikes with usability. It is indeed damn near perfect around town; you could daily drive one of these with ease, and because of that, it loses some of its potential supercar edge. Sure, the 495 horsepower 6.2-liter V8 is in the middle and it’s hooked up to a seamless—and I mean seamless—eight-speed DCT, but this thing isn’t a supercar. It’s just too civilized, too comfortable, heck it has a frunk, a trunk, and a multi-mode exhaust depending on how librarian you feel. For me, somebody who daily drives an admittedly impractical Saturn Sky, the C8 was a practicality upgrade, and that took away from its hardcore attitude a bit. 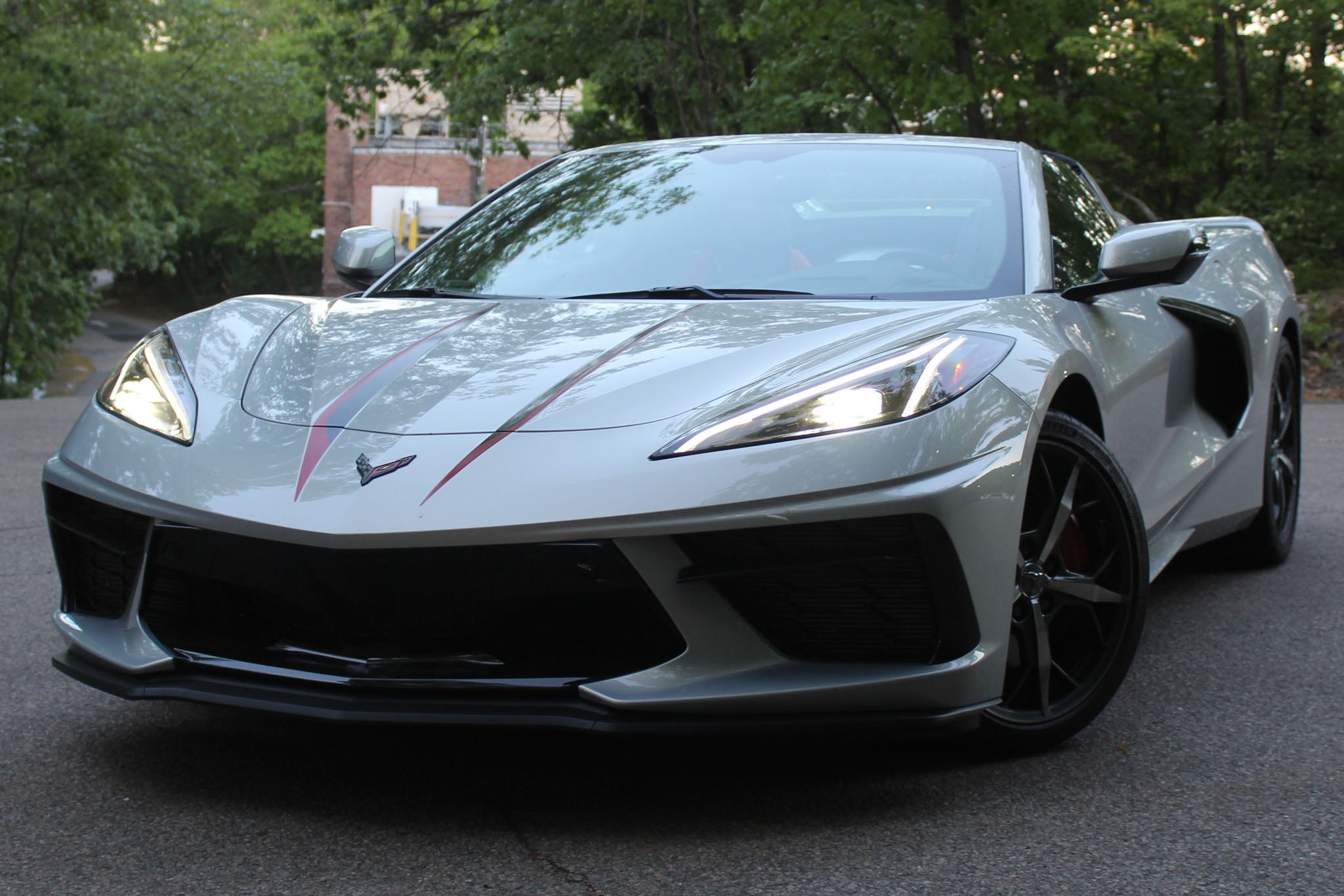 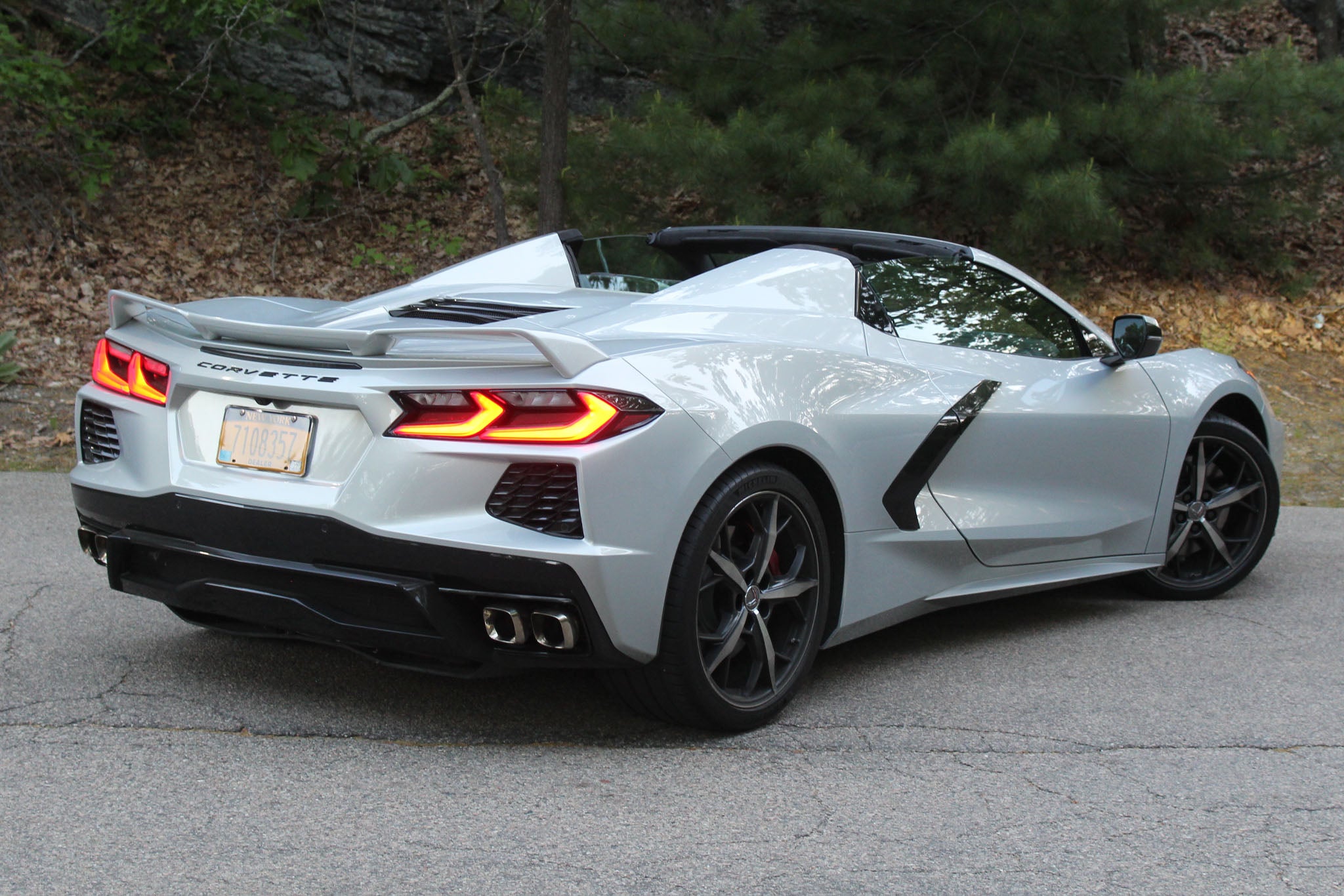 Will the upcoming high-strung Z06 be a supercar? Yes. All trims above this basic Vette will doubtlessly embarrass all other vehicles with a similar level of performance due to their doubtlessly lower price. But saying this normal Vette isn’t a supercar is only true from the driver’s seat. After I drove this thing around for a week, I got the acute sense that it wasn’t really built just for the driver. Everyone loves and is rooting for the Corvette.

From the kids waving from the sidewalk, to the launch control-smitten teenagers, to the little girl in the car next to me on the Interstate gesturing for me to floor it, people just wanted more. A few adults asked about it wanted to sit in it, and they looked around in amazement until they heard how much a base car cost. They weren’t disappointed when I told them this, far from it. The gears started to turn. It went from, “Wow this is incredible,” to “Wow, this is incredible and I can actually imagine owning one of these.” Its disarming practicality isn’t offered by any other car that looks, sounds, or drives like this. 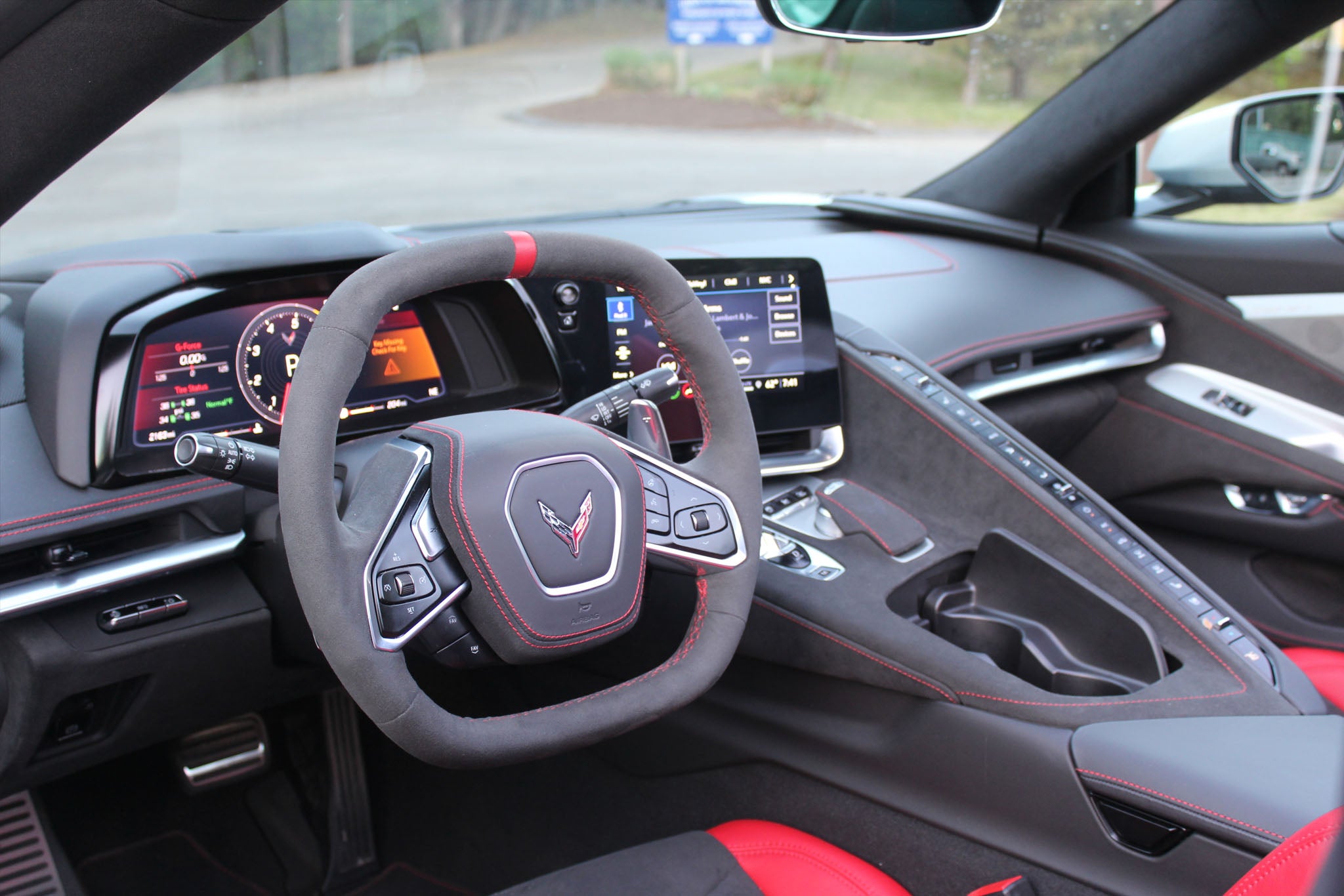 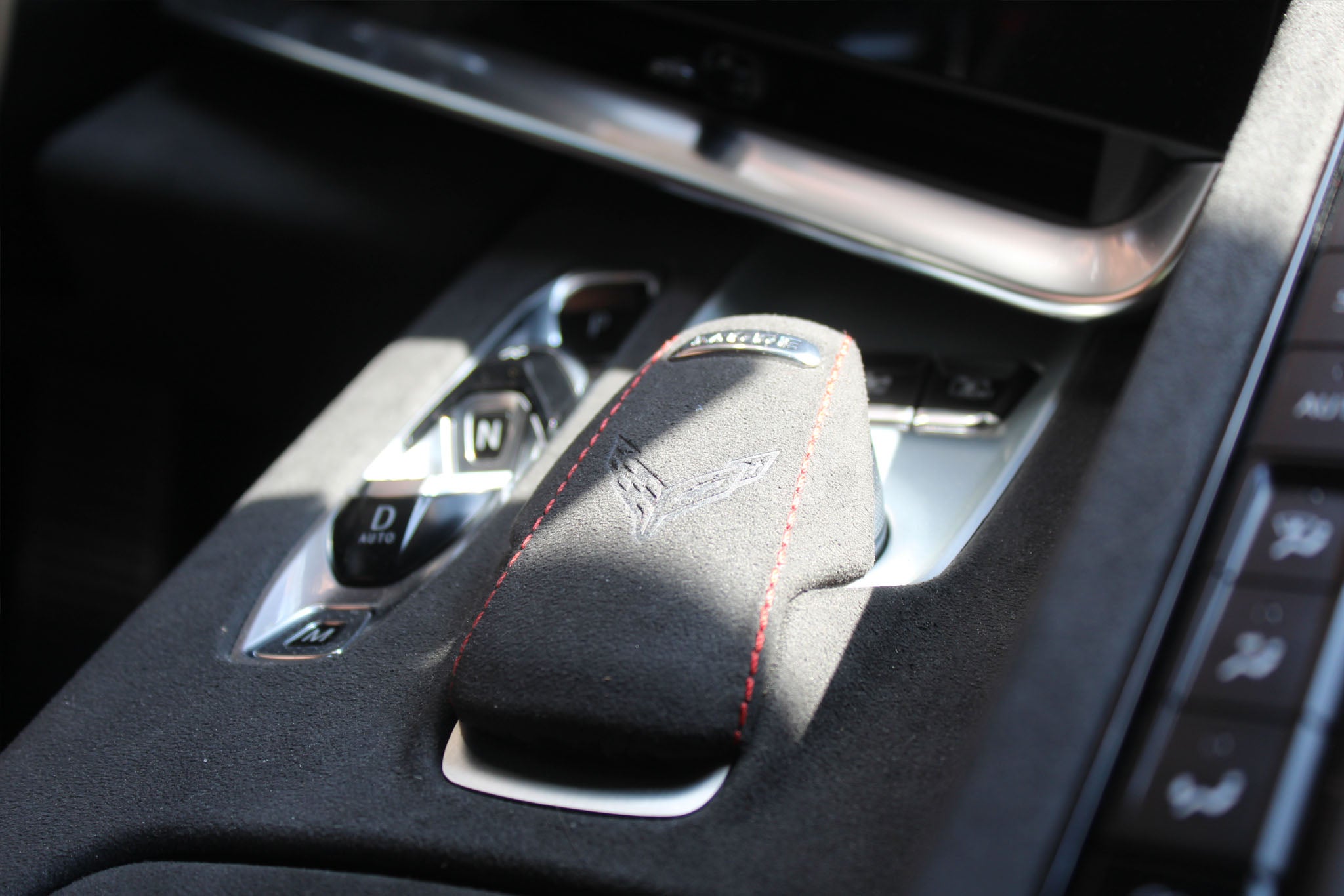 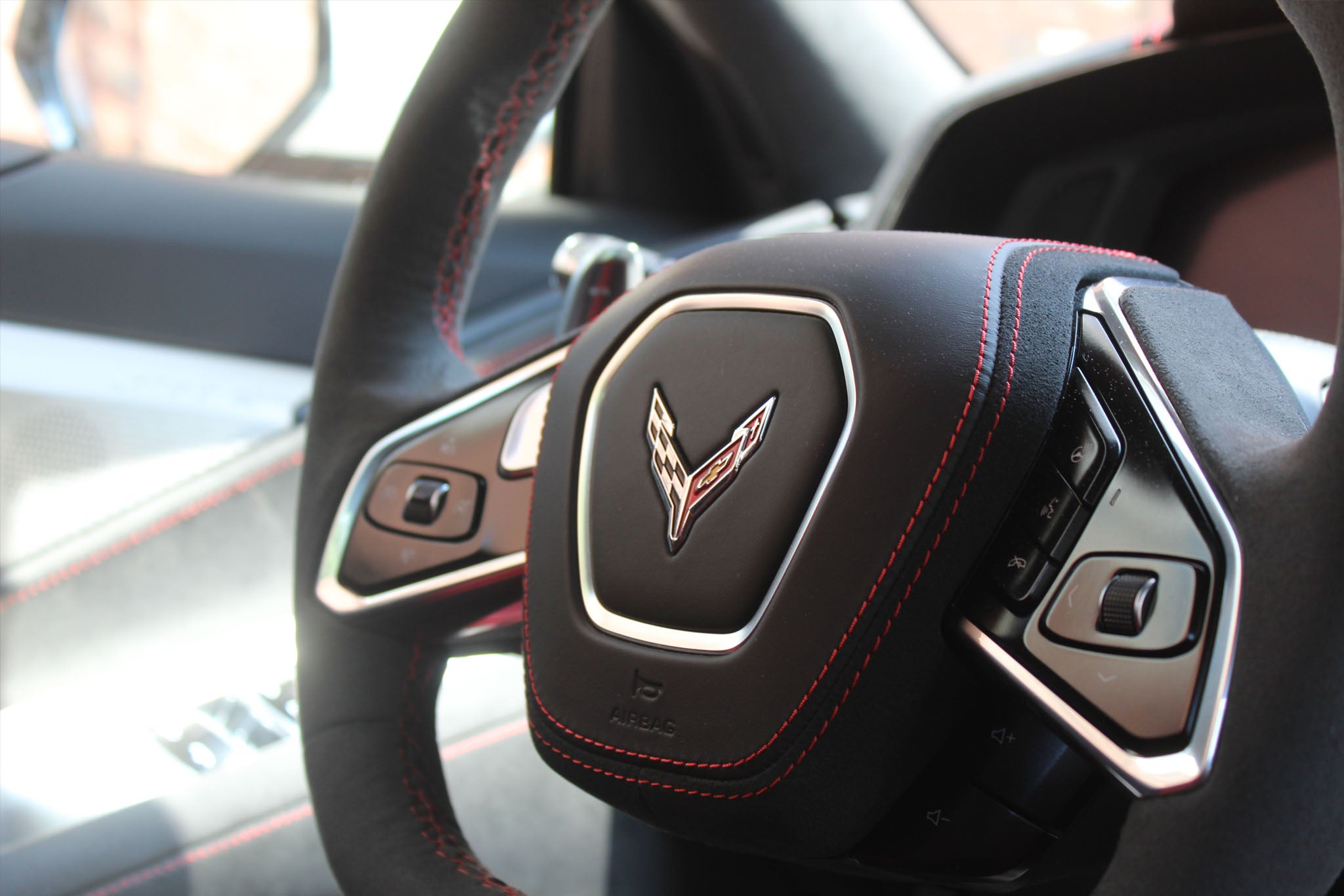 Speaking of driving the Corvette, it’s pretty amazing up to the limit. It makes promises on paper and it keeps them behind the wheel. The 6.2-liter V8 lacks a little low end grunt, but up higher in the rev range it really comes into its own and sounds great at every RPM. The eight-speed dual-clutch transmission delivers shifts instantly and in automatic mode, it acts just like any other good slushbox, although of course there is no torque converter involved here. Just the same, the ride quality is excellent, with GM’s magnetic ride control putting on a great showing as usual. Potholes aren’t as jarring as you might expect even in the vehicle’s harshest adjustable ride setting, it cruises just great on the highway, and thanks to a GPS-enabled nose lift system, scraping the underbody is a rare event.

Push hard, and admittedly it does come apart a little bit. Even the change-up to track mode doesn’t change how sticky the tires are, and understeer is present. When it comes on it’s difficult to detect because the steering feel isn’t as good as it could be as well. This only occurs at the very limits of grip, and it’s easy to recover from by backing off on the throttle. At the very least it’s predictable, and in normal driving, even spirited driving, you don’t notice. 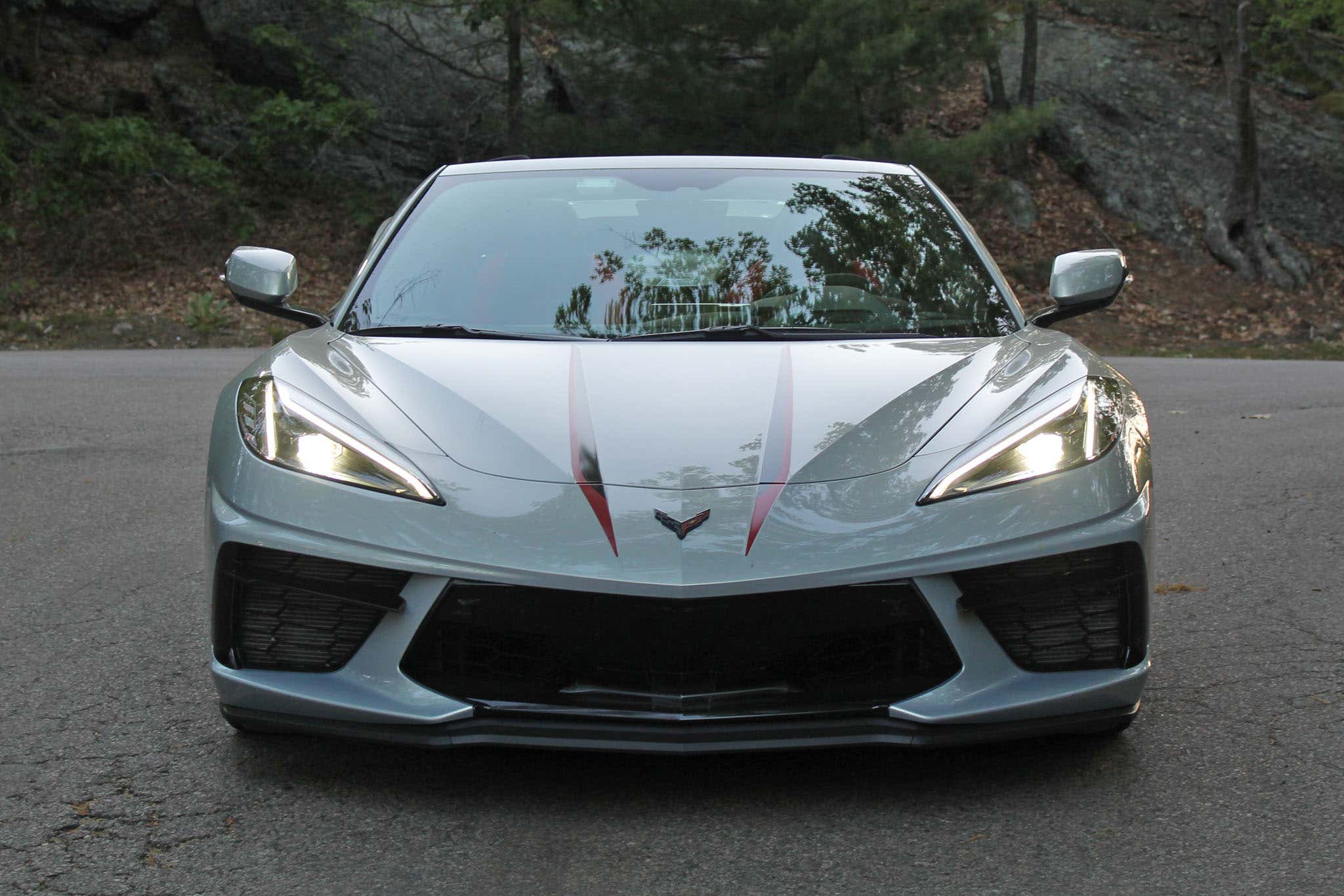 Normal driving is also anything but a chore. The car I tested was a top-trim 3LT with a slew of options (if you couldn’t tell by the $93,620 sticker) but even a 2LT or 1LT is a comfortable machine. 2LT-equipped vehicles and above get heated and ventilated seats as well as a heated steering wheel, which is certainly nice to have when the top goes down on cooler days. This car is so practical that those cooler days will be welcomed. The top goes up and down quickly with the touch of a button and does not affect trunk space. The rear-view camera mirror will not work with the top down, though, as the camera itself is very visibly roof-mounted, and gets folded away when the top does.

It would, of course, be even better if options like heated seats were available on the base 1LT, but that’s not how it is. Either way though, any Corvette you get, you’re getting most of the picture, and the picture is a pretty one to look at. C8s look good in nearly any color, and a variety are available. Everything from metallic brown to lime green can be had.

To say my time with this car was good would be an understatement and not the whole truth. Our time with this car was good, us being me and all of the other people who enjoyed it. It wasn’t my car in the sense that it was loaned to me by Chevy and I don’t own it, it wasn’t my car because everyone seemed to know it like a friend. Everyone was happy when it rolled past. 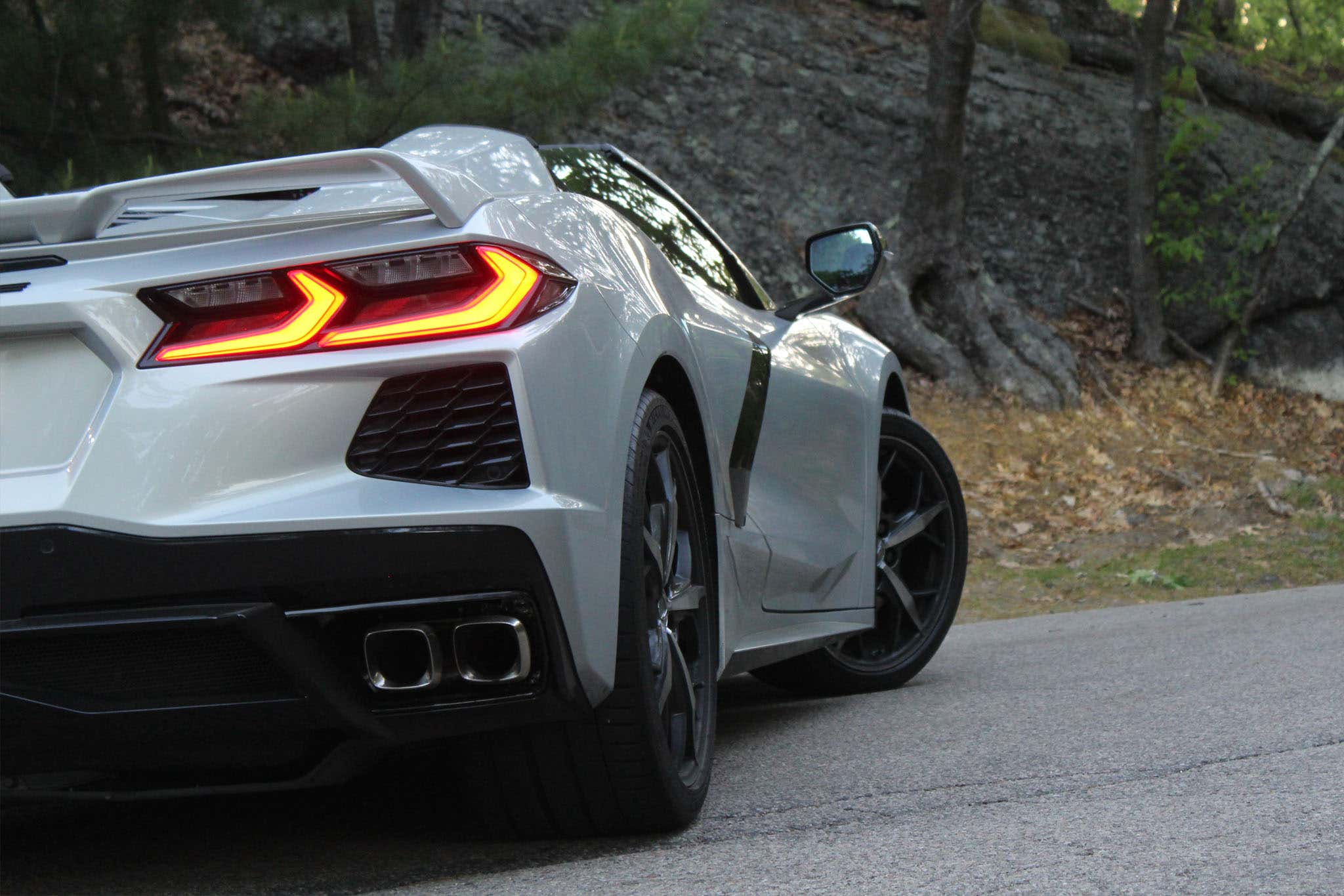 Really, we should all be thinking hard about what cars like the Corvette mean to us, especially now. More and more cars may seem like appliances these days, but there is still no way to be sad in a convertible Vette. That’s just the way it is.