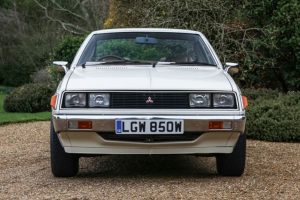 The name Dodge Challenger may invite plenty of images, but perhaps few of them are of the Mitsubishi Galant Lambda that served as the captive import basis for the Dodge Challenger and the Plymouth Sapporo in America once upon a time. The mostly forgotten coupe was offered here for a relatively short period of time, at the dawn of Chrysler’s partnership with Mitsubishi, so many will be forgiven for not remembering the Dodge and Plymouth versions of this car.

In a few days the European version will roll across the auction block, when Historics Auctioneers offers a 1980 Mitsubishi Sapporo at its Ascot Racecourse sale in the U.K. at no reserve.

The Datsun Z car and the Toyota Celica may have gotten the most attention when it came to sporty coupes from Japan, but Mitsubishi had a hit of its own in the form of the high-tech Galant Lambda. Introduced in 1976, the coupe sported a popular combination of a boxy wedge shape with slabby sides and frameless windows, and featured a luxurious interior. The coupe may have been relatively small by American standards, but it was fairly large for a Japanese two-door of the time, packed with luxury features and a generous amount of room inside. While buyers in Japan had a number of engines to choose from, the 2.6-liter inline-four Astron engine did the work underhood in the American versions of the car. 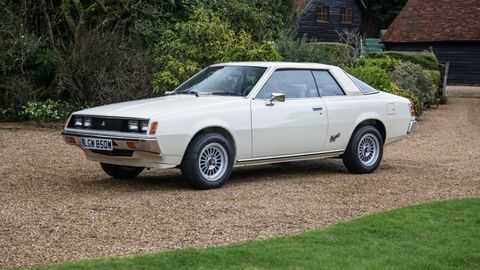 The Galant Lambda was produced in two generations: 1976 through 1980, and 1980 through 1983, with the second-gen model being a facelift that softened most of the lines of the car. Both generations were quickly upstaged by the Mitsubishi Starion that arrived in 1982 and attempted to take the other sporty coupes head on with its more athletic styling.

The Sapporo that Historics Auctioneers will offer this weekend is a second-gen model from 1980, powered by a 2.0-liter inline-four paired with a three-speed automatic, and sold as the Mitsubishi Sapporo in the U.K. This particular example was first registered on September 5, 1980, and now shows just 71,037 miles. The interior features beige velour seat inserts, tan carpeting, and light coffee trim, while the exterior color is white, a version that leans toward non-metallic pearl in photographs. The car is said to drive faultlessly, with photos showing moderate wear to the interior after some 40 years. 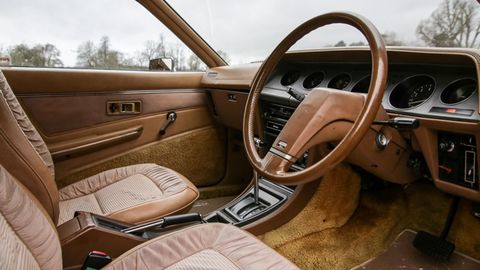 Needless to say, the number of these cars left in North America and Europe is in the mere dozens, with just a handful having survived stateside. A few years ago we went for a spin in a second-gen Plymouth Sapporo, finding it a tidy and well-crafted machine. The right-hand drive Sapporo here presents well in photos, and should not be hurt by the presence of an automatic as it may have been in past decades—values are more dependent on condition rather than options at this point in time.

The right-hand-drive layout of the car suggests it may stay in the UK or return to Japan, where it would be quite a rare re-import, but we can also picture it coming to North America, where these cars are close to unavailable in this mileage and condition. 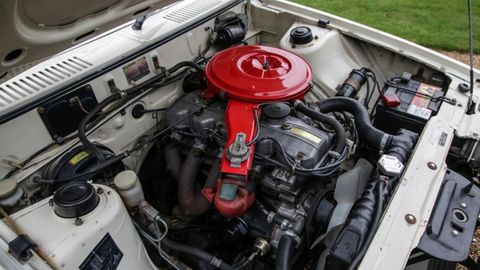 This could be a rare opportunity for fans of Japanese classics to bid on one of these at a time when they are still not particularly valued in the Japanese car community. In less than a decade this will be a 50-year-old design, and their numbers certainly won’t increase by that point.